The Rise of the Empire Expansion is coming for Star Wars: Rebellion and we’re taking a look it’s Heroes and Villains!

Star Wars: Rebellion is a fantastic tabletop top board game where players battle in an asymmetrical duel to see which side can emerge victorious in the Galactic Civil War. We’ve done an unboxing of the game with our overview HERE. Now, the game that pits the Empire vs the Rebellion is back with a new cinematic expansion: Rise of the Empire!

This expansion adds a ton of new characters, missions, and tactics to the already expansive game. Based in the box art, I’m betting you can figure out what parts of the Star Wars Saga this board game expansion is trying to tell. Here’s a hint: Rogue One. 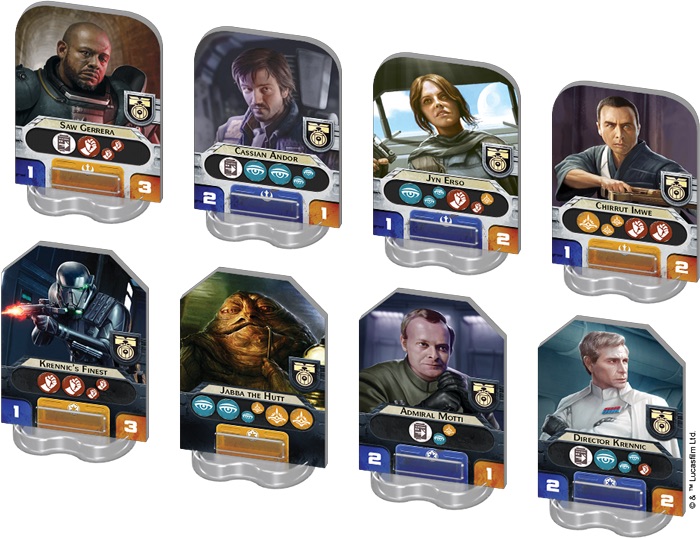 These eight new leaders will add some new options to your games. One notable difference is the new “minor skill” icons. These are the smaller icons that provide access to the expansions new green dice:

Unlike the red and black dice from the core game, these green dice count only two direct hit icons. And, as a result, they are slightly less reliable than the core dice, making the expansion’s new minor skill icons extremely useful for completing missions—until that leader is opposed. 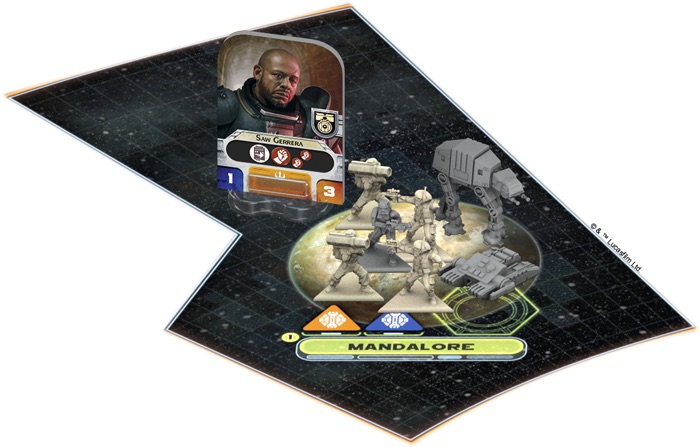 Saw Gerrera for example has a logistics icon and 3 Spec Ops icons, two of which are the new “minor” skills. He’s a great dedicated combatant but be mindful of his more extreme views. Recruiting him will ding your repuation, but that might be worth it thanks to the extra expertise he brings. 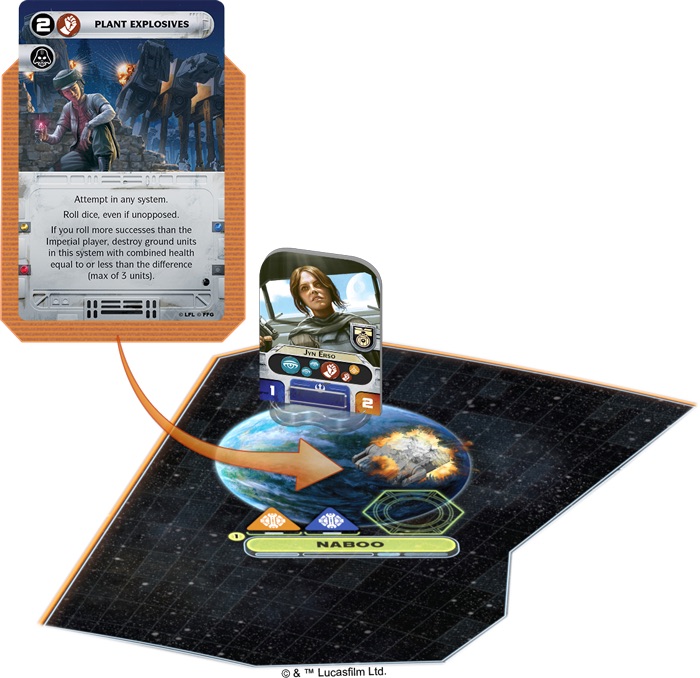 Jyn Erso is another example leader – she’s got a wide array of major and minor skills and while she might not want to go toe-to-toe with the likes of Vader, she can still complete her objectives.

“…the ability that Jyn grants you to take an objective back from your discard pile means that you’ll almost certainly be setting yourself up to score it twice.”

On top of all the new leaders and their abilities they bring, the expansion looks like you’ll be able to create your own super cinematic moments of your own. Does anyone else want to have Han Solo and Cassian Andor hang out on Tatooine after a daring rescue mission? That’d be pretty sweet! Then again, I don’t know if the universe is ready for that much swagger on one planet. 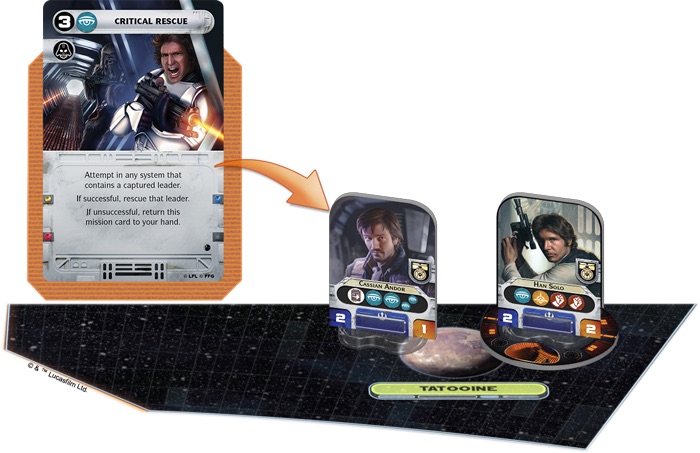 Star Wars: Rebellion: Rise of the Empire looks to add a ton of new flavor to the game. The expansion is coming in Q3 of this year and you can Pre-Order your copy today!

Rise of the Empire 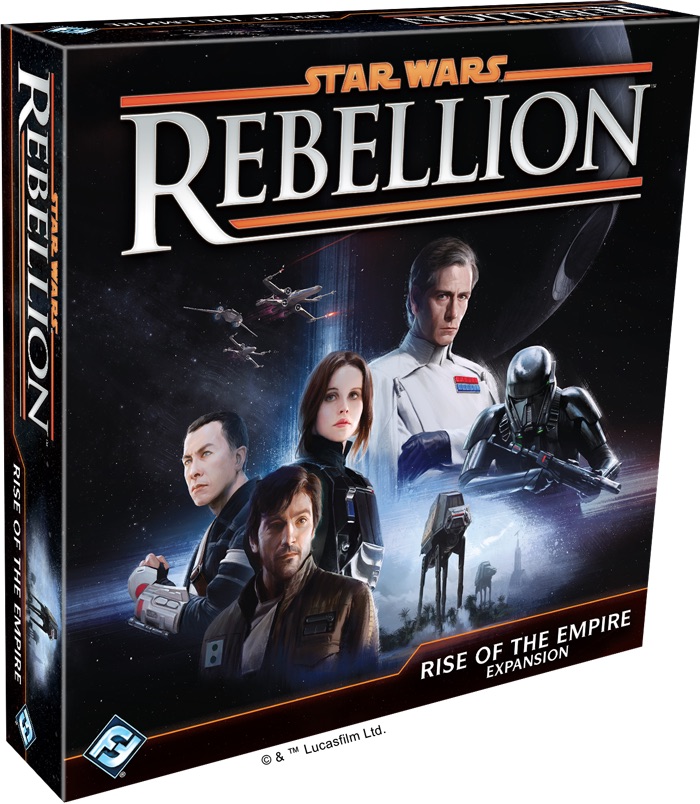 New leaders. New missions. New tactic cards that lead to more fully cinematic combats… Rise of the Empire is an expansion for Star Wars™: Rebellion inspired largely by Rogue One. And just as the movie provided new insight into the Galactic Civil War presented in the original Star Warstrilogy, Rise of the Empire adds new depth and story to your Rebellion game experience.

You can send Jyn Erso and Cassian Andor to recover the Death Star plans. You can confuse Imperials with false orders and assaults behind enemy lines. You can command Director Krennic and his finest death troopers. And you can set traps for the Rebel pilots and soldiers, luring them away from their base and into massive battles with more fully cinematic combat and tactics. Even Jabba the Hutt makes an appearance, offering his services to the Empire and feeding his prisoners to the Sarlaac.

Rebellions are built on hope…and guns. Lots of guns.