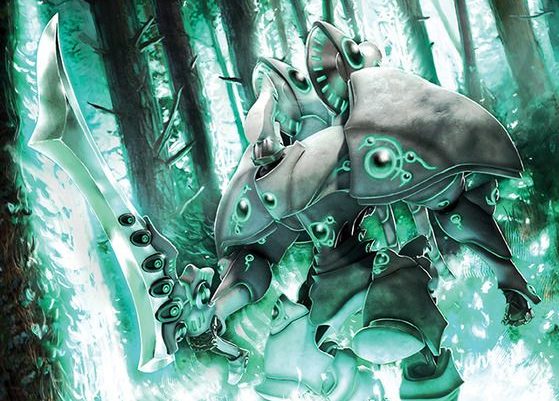 Ranking the top three Retribution Warcasters in Warmachine and Hordes.

This Week, we’re focusing on the Warcasters from Retribution of Scyrah (and still delaying decisions on the hardest group to sort in the meta right now: Khador). Ret has some strong Warcasters that fill a variety of roles, so it’s not exactly easy to sort these either. But there are some clear favorites in faction that are worth exploring.

So let’s get right to it! The following are my list of the top three Warcasters in Retribution of Scyrah. At the end is a bonus “Dishonorable Mention” for the least effective genocidal elf out there. 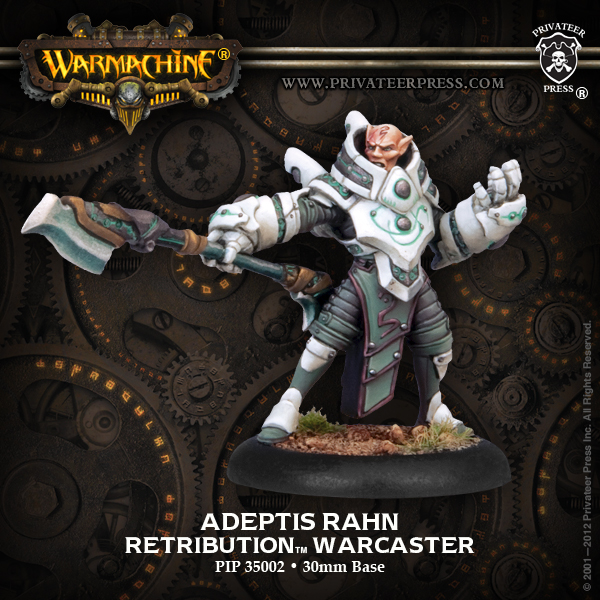 So this could have easily been Kaelyssa, as she was my other consideration for the top of the heap with the defensive tech that she brings to a force. That said, Rahn is one of those casters who just gets so much work done. He has a few hard counter match-ups, and that’s why he’s not top of the list. Anyone that can reliably shut down magic can usually handle Rahn.

But against anyone else, and that’s many lists out there, Rahn is a nightmare to face. Even if they manage to block his inroads in one area, often times you’ll be able to find some spot to leverage an advantage with him. Even if he’s the last model standing, Rahn can still engineer a victory often enough–he’s that flexible.

His Feat turn is when he’s most deadly, along with the Battle Mages and other spellcasters in his force. He can engineer knockdowns, slam damage, set up cascading attacks with mages, or just plain turn around a model to have it towed toward his lines and summarily destroyed. That flexibility means power, and I think it lands him amidst the top of the faction. 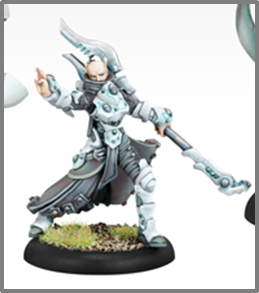 A powerful spell kit can go a long ways in setting up a great Warcaster or Warlock. And Helynna has what I think is one of the best kits in the game. At first, it doesn’t look to flashy. There’s no big signature spell with huge impact on first read (no Impending Doom, Signs and Portents, Star Crossed, or even Mortality that catches one’s eyes). Instead, it’s the way things add up with Helynna that makes her emerge to well in my mind.

Rhythm of War is where it starts. Reposition is one thing, but an end-of-turn everyone move slightly for her Warjacks is crucial. It lets her strike and withdraw, or clear models and then move up to contest scenario elements. It’s a huge magnitude of effect, despite seeming a bit ordinary on first read. Likewise Hand of Destruction. It starts as a block of text, and discard the lowest is always less impressive than a damage booster. But it enables to much for her force. Whatever she marks with this, simply dies. She can start working at range, then swap to melee as needed. It’s really solid in a faction that can get both ranged and melee threats into the action.

The final spell of note (not that her other two attack spells don’t have leverage themselves) is Deceleration, which gives an ARM boost to her force against ranged and magic. What makes it extra useful is her Feat, which ups ARM even further. Refilling force fields and permitting actions regardless of of damaged systems is just icing on the cake. She can play subtle with the spells above, but when it’s time to commit she can do so with strong leverage thanks to these abilities. She’s a great Warcaster for attrition and scenario, and that’s what makes her extremely valuable in the faction. 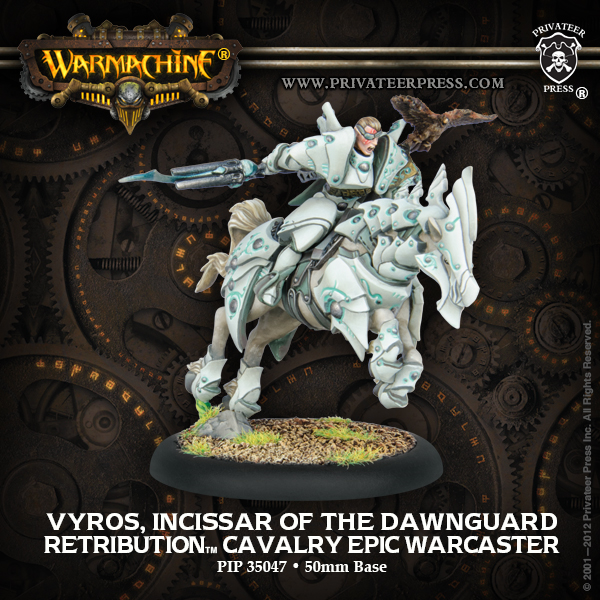 So it’s somewhat hard to explain why Vyros2 makes the top of the list. I’d say that the best way is to watch him in action. Sure, Synergy is at the core of it all. Many times that spell seems like it has the power of a Feat. Retribution has great cheap lights with which to deploy it, and great maneuverable heavies to really make it sing. Imperatus bringing a pair of side-stepping P+S 22 attacks if an Arcanist is nearby pretty much says it all. With a boost in focus efficiency thanks to his bond with Vyros2, it’s a nasty threat.

And a powerful part of him is his ability to get that threat into position. He has Easy Rider to give pathfinder to all friendly Faction models. His Bird’s Eye ability makes it even better–many players can get caught as Imperatus thunders its way to the other side of a woods, not realizing that Vyros2’s battlegroup can ignore them (and intervening models and clouds). And don’t forget his Feat. You can dare the foe to start piece trading with a few synergistic light warjacks, and if they die move Imperatus from back to front and ready to seal the deal.

Vyros also has good defenses, both for himself in a solid stat line and for his force with Deceleration. Retribution models are just on the cusp of being survivable, and he takes them up just that little notch to strong survivability with that spell. With a fast herd of warjacks and the ability to hit harder than others, he puts Retritbution forces in an extremely good place. 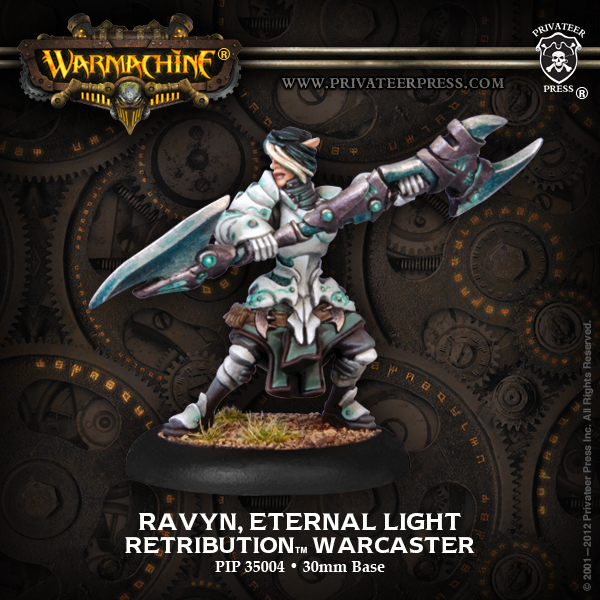 Retribution players seem to routinely praise Ravyn even when knocking her. They want to see her be effective in the way she was in Mark II, despite her abilities being so limited in this edition. They make claims about the upcoming SR 2017, suggesting that with the changes will come more infantry–and thus more of a role for Ravyn. And most frequently, they seem to make some variation of “we’ll figure out what works for her soon enough” statements.

I agree with all of these. But they don’t excuse her right now. Ravyn isn’t exactly effective unless she gets lucky with an opponent’s list. When she’s got the right matchup, she can be unstoppable. But those matchups are currently not terribly frequent–though some suggest troop spams are just around the corner in metas. Until then, tho, she represents a Warcaster who has some cute tricks but will find herself facing tough opposition in most matches the way that she is now.