It looks like it’s more than just Primaris heading to the Pre-Order section on August 5th. Grey Knights & CSM have both been spotted in the August White Dwarf! 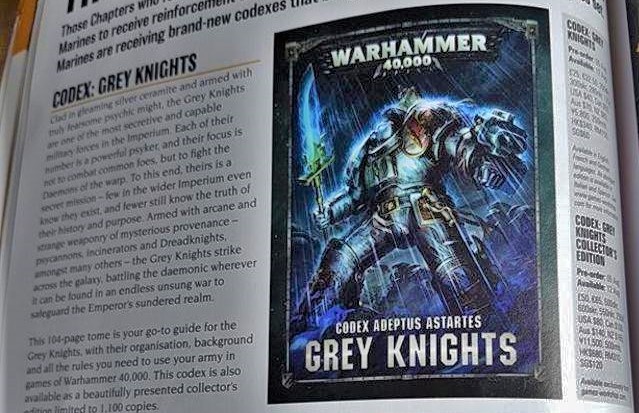 You can clearly see the Codex: Grey Knights Collectors Edition will be available “12 Aug” and because the Pre-orders last for a week, that pegs the Pre-Order date on August 5th. That’s just science. 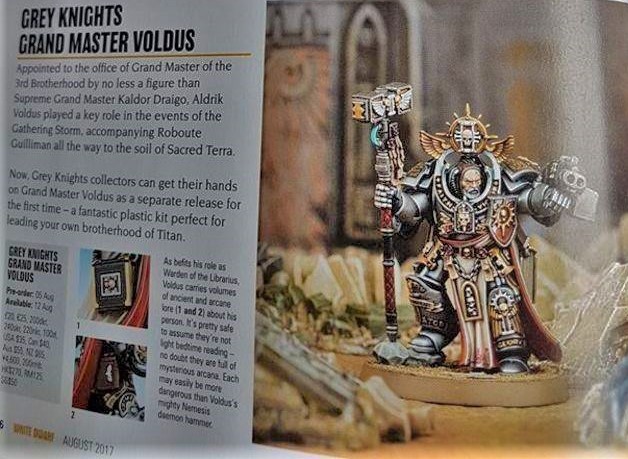 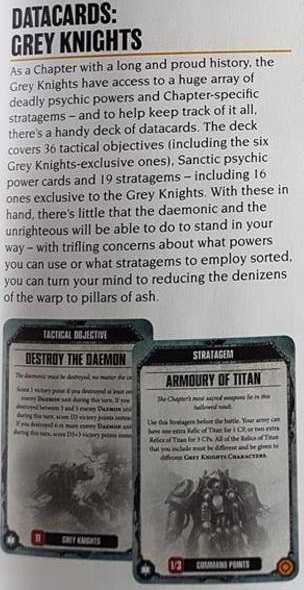 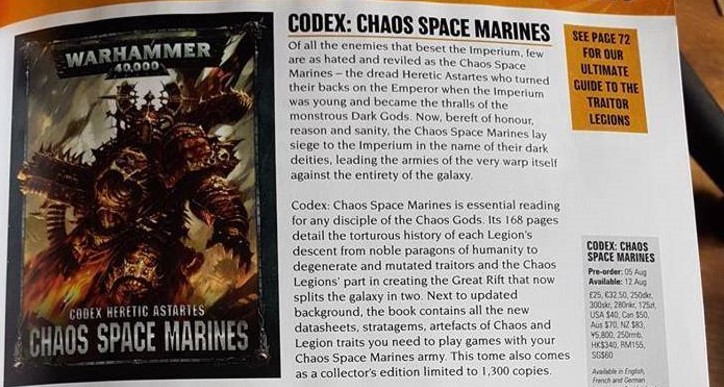 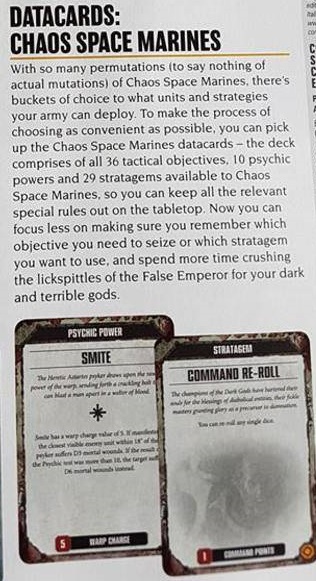 No news yet on if Chaos or Grey Knights is getting some new models to go along with their Codex releases (other than a solo Voldus). I’ve still got my fingers crossed that we’ll see a few new toys for CSM – but now that it’s about a week out and both these codexes are dropping at the same time…well, it’s not looking great for other new kits. That’s the trade off for these rapid-fire releases I suppose.

But it’s good news for Grey Knights and CSM none-the-less! You’re getting codex with a ton of new stuff to chew on. New Relics, Warlord Traits, Stratagems, Psychic Powers, and possibly some new units to go along with it.

Grey Knights and Chaos in the same week? What madness is this!? 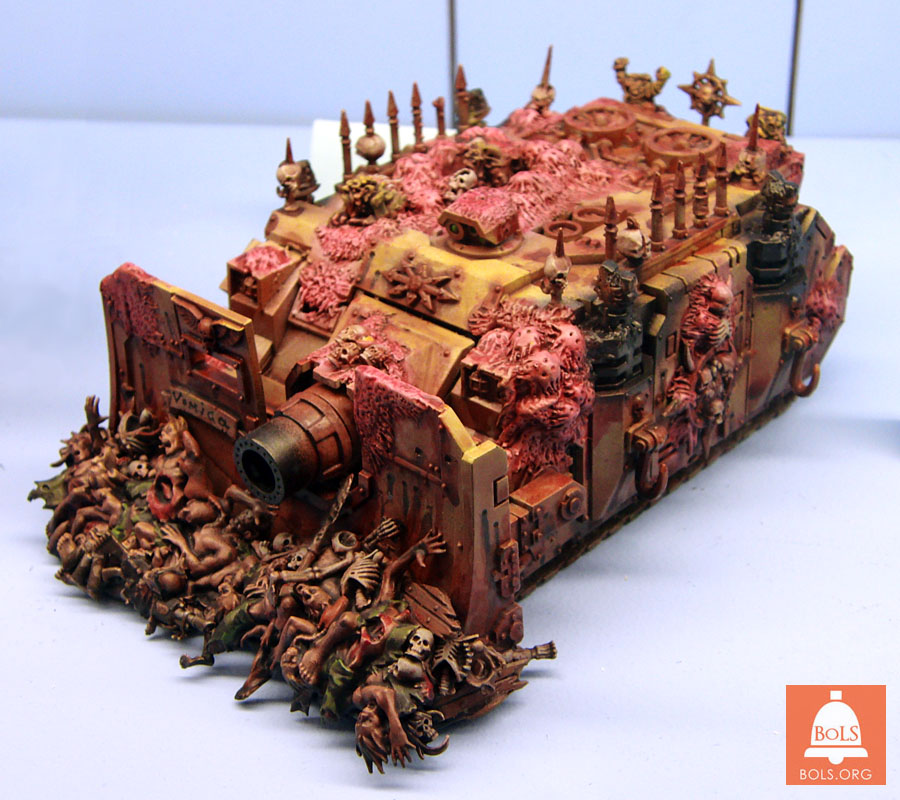