The StarViper gets an overhaul with the upcoming Guns for Hire Expansion Pack from Fantasy Flight Games.

When the announcement dropped that Star Wars X-Wing was getting a “Scum Aces” pack fans were pretty excited. The Title cards that were teased provided both ships with some very welcomed upgrades. As a fan of the Kihraxz fighter, the Vaksai title was really exciting to see. But now, FFG is shining a spot light on what the StarViper is going to bring to the table. 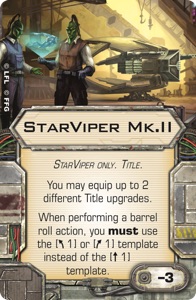 On the surface the StarViper Mk. II title looks pretty straight forward. You’ll be able to equip both Title Cards which can open up some interesting combos. On top of that the StarViper’s already tricky dial combined with the extra distance the “1” bank template provides for it’s barrel roll is going to make this a rough ship to pin down. 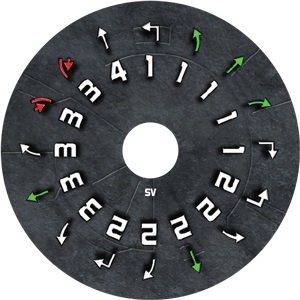 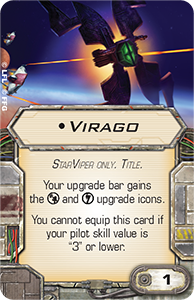 What players should be most excited about is the ability to combine the nimble new barrel roll distances with Advanced Sensors. This can allow the Virago to end up in some incredibly useful positions before it even moves: 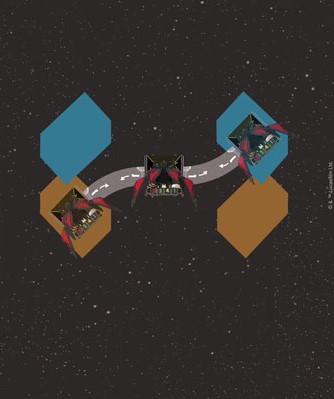 Also keep in mind that the Viper’s “1” banks are also green. That can allow you to get some extra use out of Push the Limit and Barrel Roll to get in to some really great positioning thanks to the StarViper’s new title: 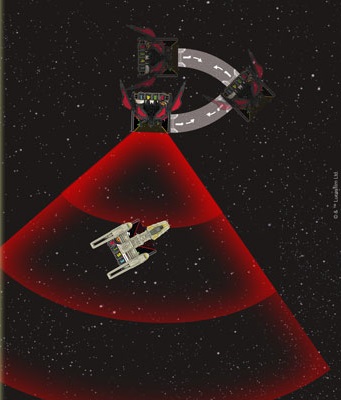 “1” Bank, Barrel Roll and now Focus/Target Lock on that Y-Wing!

Enough about the maneuvers for now, let’s take a quick look at the new pilots coming in this expansion: 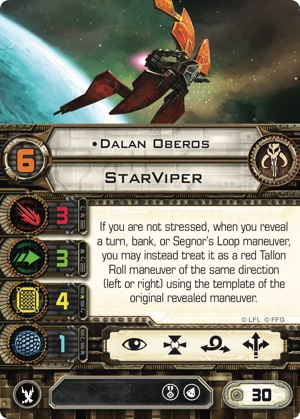 I know I said let’s stop talking about maneuvers but Dalan Oberos’ pilot ability opens up a whole new world of tricks! Anytime you reveal a turn, bank or Sengor’s Loop, you can instead treat it like a Red Tallon Roll maneuver of the same direction using the same template of the original maneuver. Did you realize your bank would put you in a bad spot? With Advanced Senors equipped, you could instead barrel roll out, and then finish up with a Tallon Roll to end in much better position! 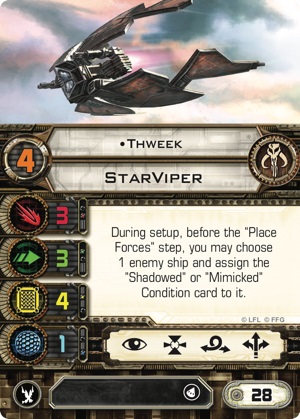 Thweek’s ability is about to really open up the flood gates for silly combos for the StarViper. But to truly understand why, you’ve got to see what the Shadowed and Mimicked Conditions do: 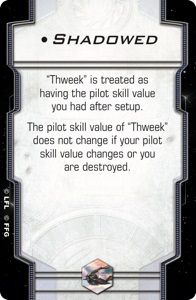 Thweek can opt to be whatever pilot skill the player needs them to be based on the available ships. Need to run an extra blocker this game? Target a PS 1 or 2 Ship. Does the opponent have an “Epsilon Ace” who starts with PS 12? Guess what – Shadowed allows Thweek to STAY at PS 12 all game. Oh the possibilities… 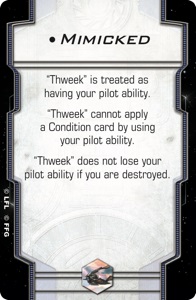 Shadowed is pretty great. But Mimicked might just break the game. Okay, maybe not – but it’s still really powerful! Thweek just straight-up copies another ships pilot ability. Is your opponent running a Biggs in their list? So are you! Are you flying against other scum ships and they are running Manaroo? Now you can dump all your tokens on a friendly ship too! Or what if your Imperial Opponent is just running some slippery Aces like Soontir Fel or Turr Phennir? Now you can borrow their abilities – swiping Turr Phennir’s ability combined with StarViper Mk. II allows you to barrel roll after attacking and you’ll get to use the “1” bank as well!

If you can’t think of how to use your opponent’s ships against them, you might not be trying hard enough. 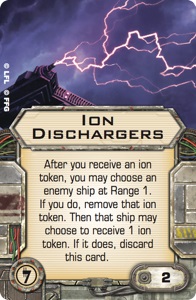 The last card that was teased was Ion Dischargers. This illicit upgrade allows your ship to ditch Ion Tokens. But it also forces your opponent to make a decision – do you take an Ion token to get rid of this upgrade or do you let the Ion token go away and they get to keep this upgrade. It’s an interesting decision to make and it’s a pretty great counter to Ion-heavy lists.

The StarViper Mk. II and the Vaksai Titles are coming with Guns for Hire later this year. 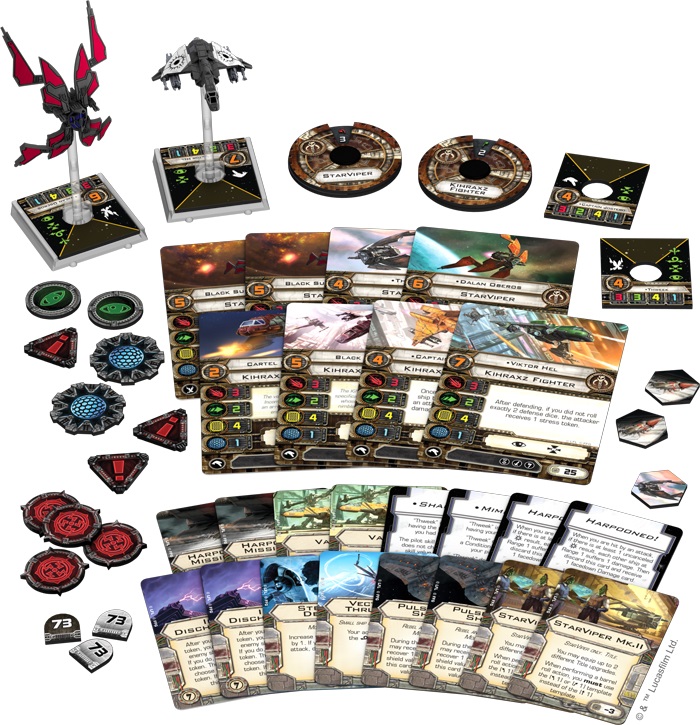 The Scum and Villainy aces expansion for X-Wing™, Guns for Hire adds tremendous versatility to the faction’s Kihraxz fighters and StarVipers. Both are represented by miniatures with eye-catching alternative paint schemes, and you’ll find a handful of ambitious new pilots eager to fly them, as well as two new Titles and other upgrades with which you can get them combat-ready. Altogether, the expansion comes with two starfighter miniatures, eight ship cards, twelve upgrades, and four condition cards, plus all the maneuver dials, bases, and tokens you need to send your hired guns to battle!