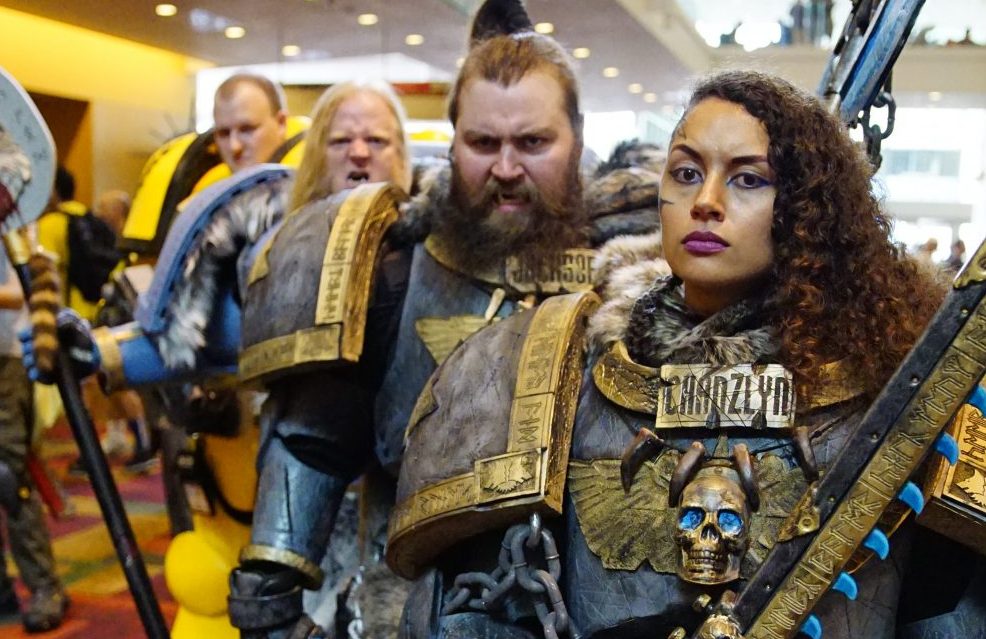 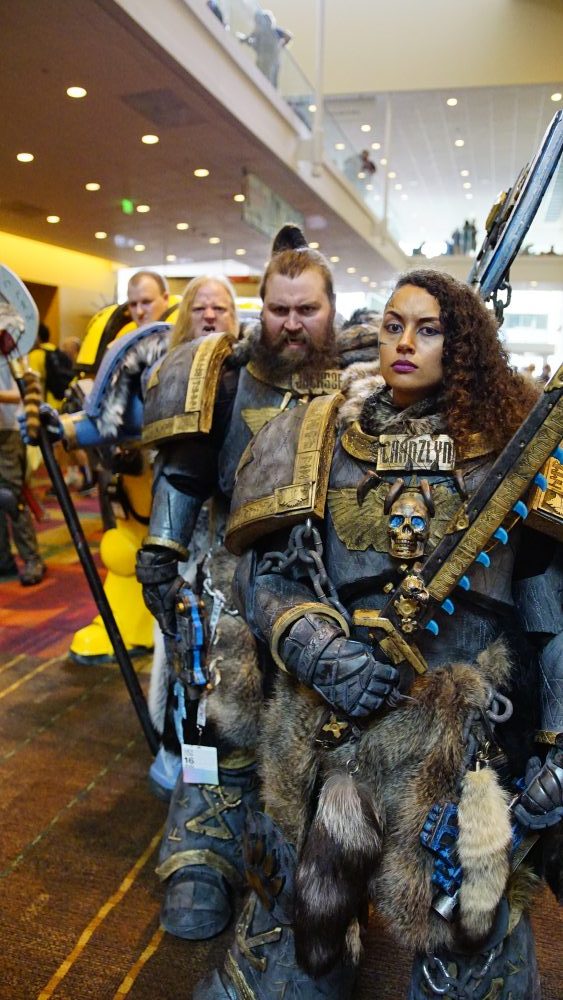 Cosplayer Lucky Chanzlyn of CosAwesome Studios talks with us about Space Wolves at GenCon, The SCA, and Inspiration!

This month on Cosplay Artist Spotlight, we are featuring an artist who has a deep love of Warhammer 40k Lore. Her amazing work with CosAwesome Studios brought us together for this month’s interview!

1. How did you get your start in Cosplay?

Lucky: I was actually apart of the SCA (Society for Creative Anachronism).  They’re an international organization that essentially reenacts what life was like pre-17th century Europe.  Because of them, I learned a lot about sewing, how to make my own clothing patterns, even how to make buttons!

2. What was your first Cosplay project?
Lucky: My first cosplay was Zoey from Left4Dead. It was as easy as they come.  My first armor cosplay was Sam Byrne from Gears of War 3! 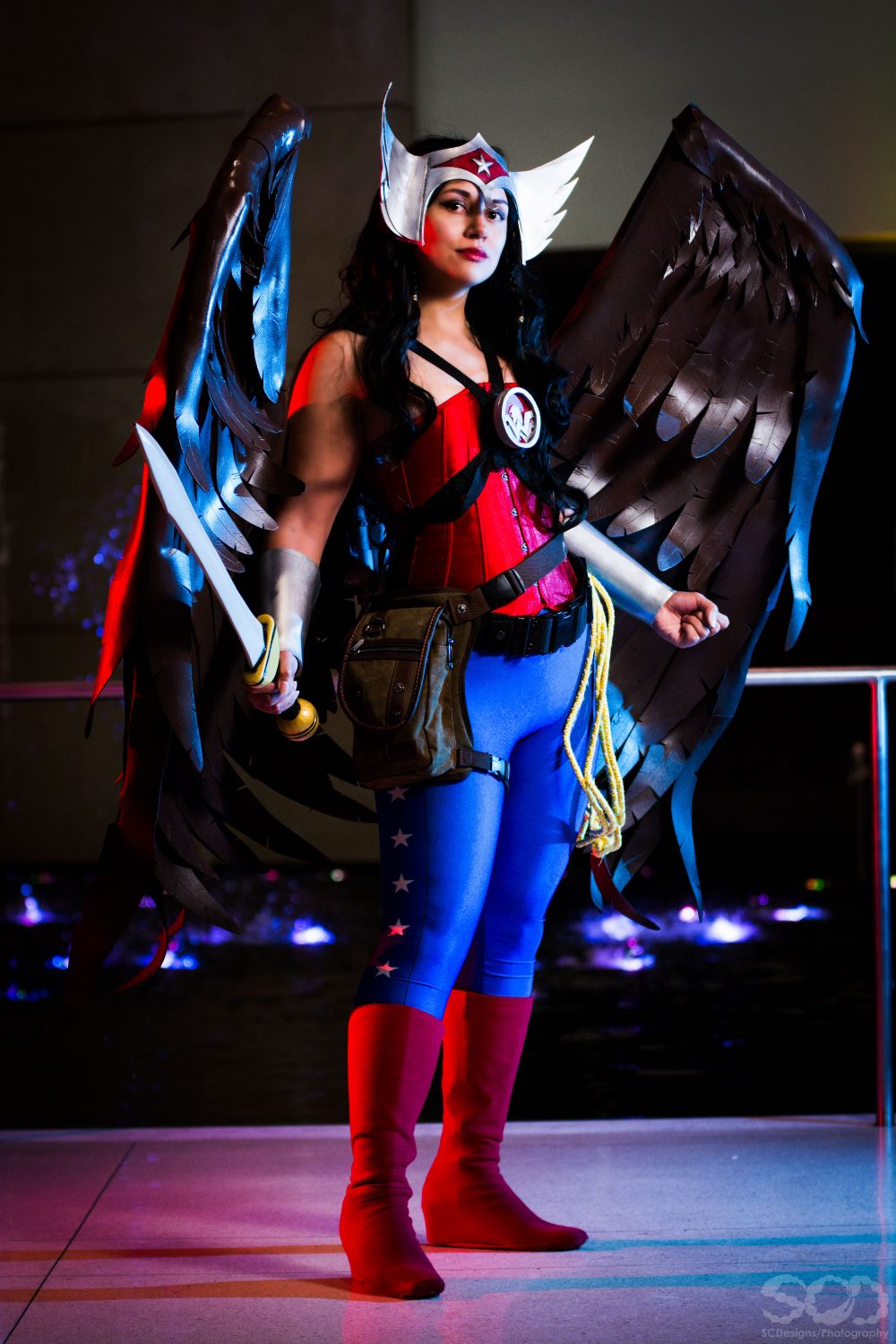 3. Where did you meet your Cosplay Group? What do you stand for? Why do you work together?

Lucky: James Wulfgar from the Wulfgar Weapons & Props / CosAwesome Studios actually befriended me and my husband one day on facebook!  He had mentioned that he’d seen me in passing with some of my friends and thought we were cool people.  I eventually met up with all of the CosAwesome Studios and ended up with some of the coolest friends I could ask for.  They eventually invited me to be apart of the group!  Through them, they created the majority of our Space Wolves cosplays (they had actually done it earlier in the year at C2E2) while we added the little touches that give each armor it’s own personality (like the chains and teeth).

We stand for cosplay being fun and a creative outlet.  As long as you are having fun doing what you’re doing then no one can say otherwise!
We work together because we enjoy hanging out and just having a fun time.  Whether it’s building props, playing tabletop games, or just hanging out, we aim to have fun.
4. How did you get your start with Warhammer 40k?
Lucky: Space Marine the video game is definitely what got me into the lore of Warhammer 40K.  I’ve played some of the other games like Warhammer 40,000: Dawn of War I and II.I’m really into lore so after playing Space Marine, I needed to read more!  I’ve read some of the novels, my friend, Joe, has been guiding me on which novels to read and what order to follow them.  On top of that, I do hang out in the various forums and even the wiki pages because I just gotta know what’s happening! 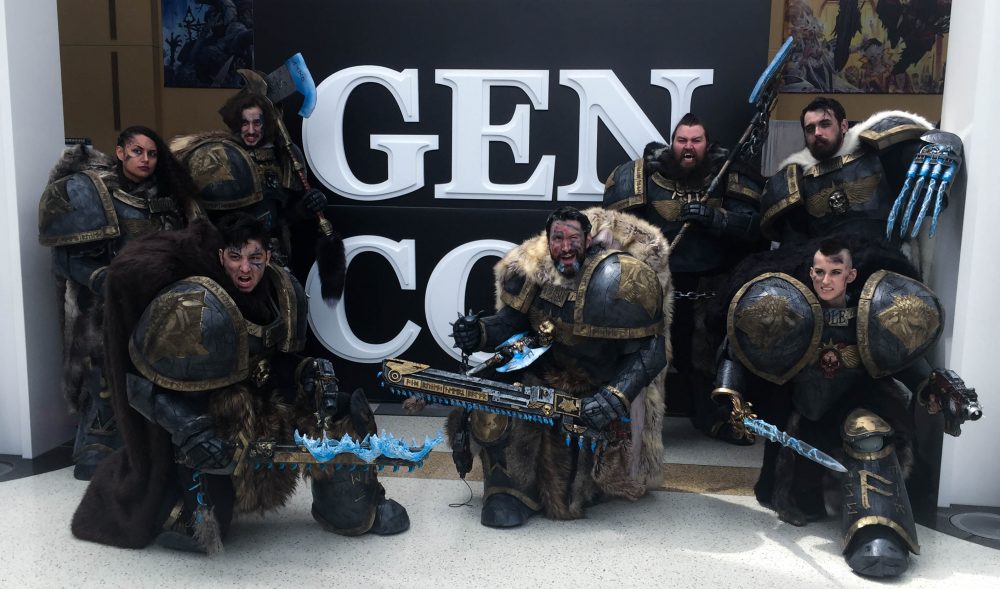 5. Why Space Wolves? What’s your history there? Why did you choose them? What did you enjoy about the aesthetic?
Lucky: Firstly, gotta give credit where credit is due.  My husband was super into the Space Wolves first.  I’ve always enjoyed Warhammer 40K as a whole but he definitely became a bias as to why I like Space Wolves!
Secondly, as I said above, I’m really into lore.  Not just Warhammer 40K lore but lore in various fandoms and one of those things is Norse Mythology.  I’ve always loved all things Viking related and in the various groups I’m in, they have referred to the Space Wolves and Space Vikings. Added to that, I feel like the Space Wolves just have one of the better stories that I’ve really enjoyed reading about.
Aesthetic wise, though I’d never buy my own real fur things, the idea of having these giant wolf pelts on my armor is so freakin’ cool!  The unique weapons they have were always attractive to me, as well as the face tattoos, and the hairstyles are just so fun! 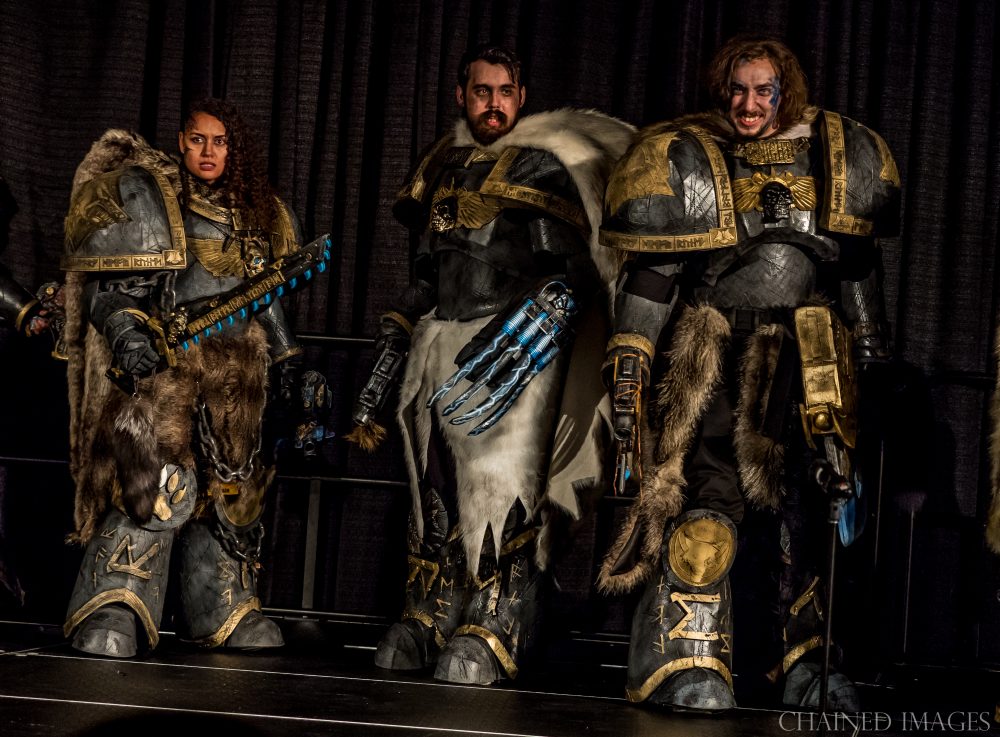 6. How do you feel about the newest Female the Stormcast Eternal, named Neave?
Lucky: I’m basically in love with her.  I’d absolutely love to make the armor, maybe GenCon 2018!  She strikes me with a similar personality to mine and I need more of it!  I want more women up in this Warhammer business.  I need more ladies in this fandom!
7. What upcoming projects are you working on for Cosplay?
Lucky: I’m going to be working on a Reinhardt (From Overwatch) and possibly a Gipsy Danger (From Pacific Rim) in the future!  At least those are the main cosplay goals, I usually end up doing some smaller cosplay projects in between. 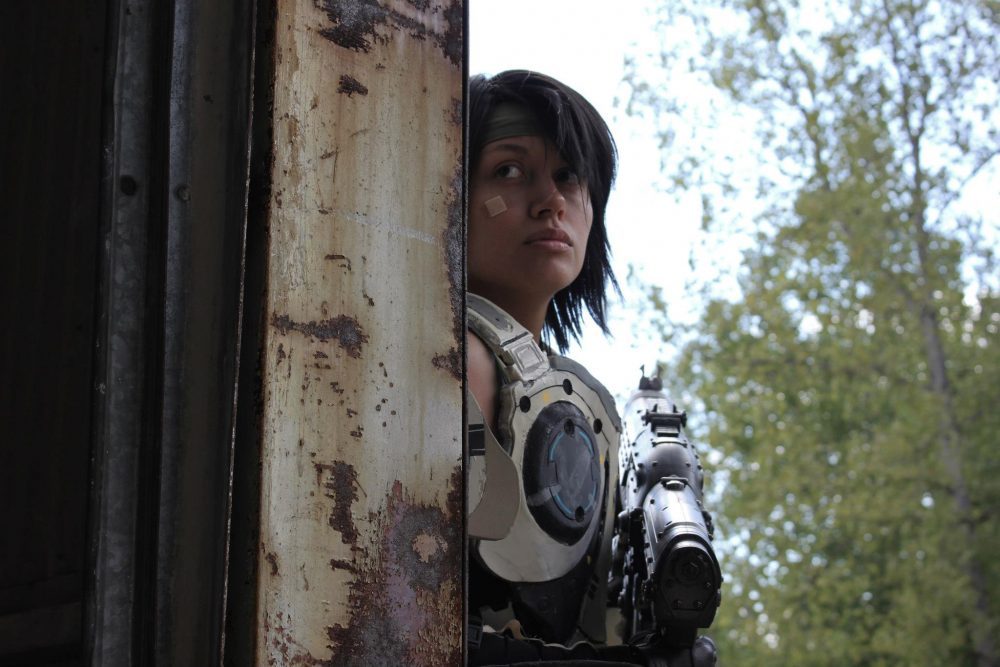 Sam Byrne of Gears of War 3 image courtesy of Krogan Photos
8. What has been your favorite cosplay project?
Lucky: I think my current favorite is a tie between my Sam Byrne and Thanagarian Wonder Woman (essentially Hawkgirl and Wonder Woman).  I put a lot of love into both of those cosplays and for the most part, I’m happy.  I really connected to them personality wise and the costumes were just uniquely challenging and fun in their own way.
9. What cosplay build was the most fun to create?
Lucky: I gotta say Sam again!  Being my first armor cosplay, I had noooo idea what I was doing and was just winging it the whole time!  It came out better than expected and it just started my love for armored cosplays!
10. Where can we find you?
Facebook 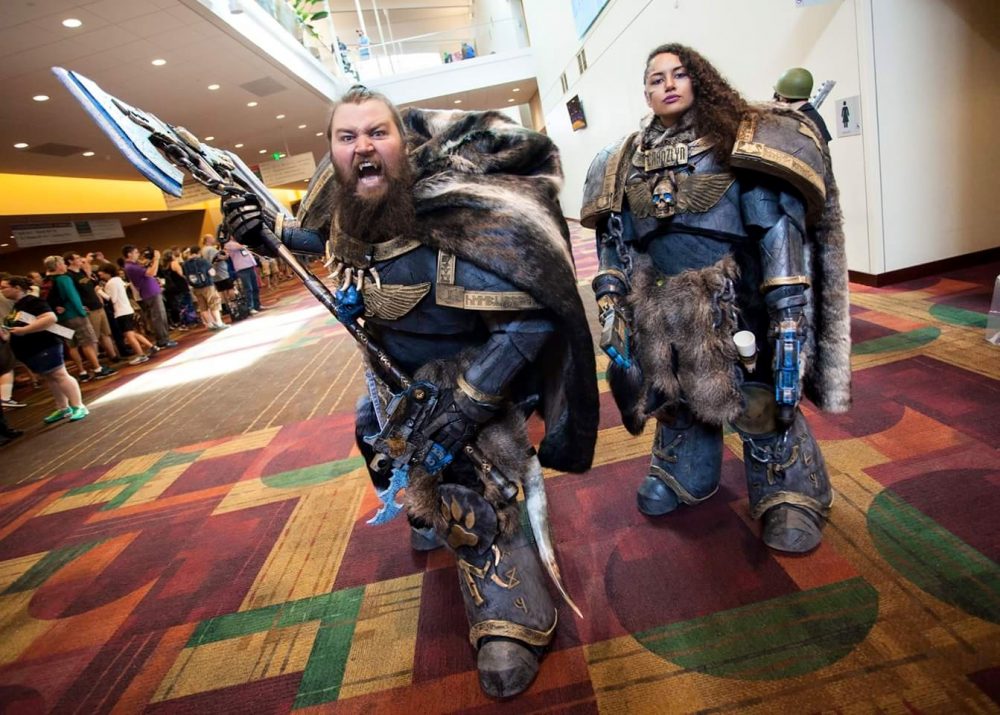 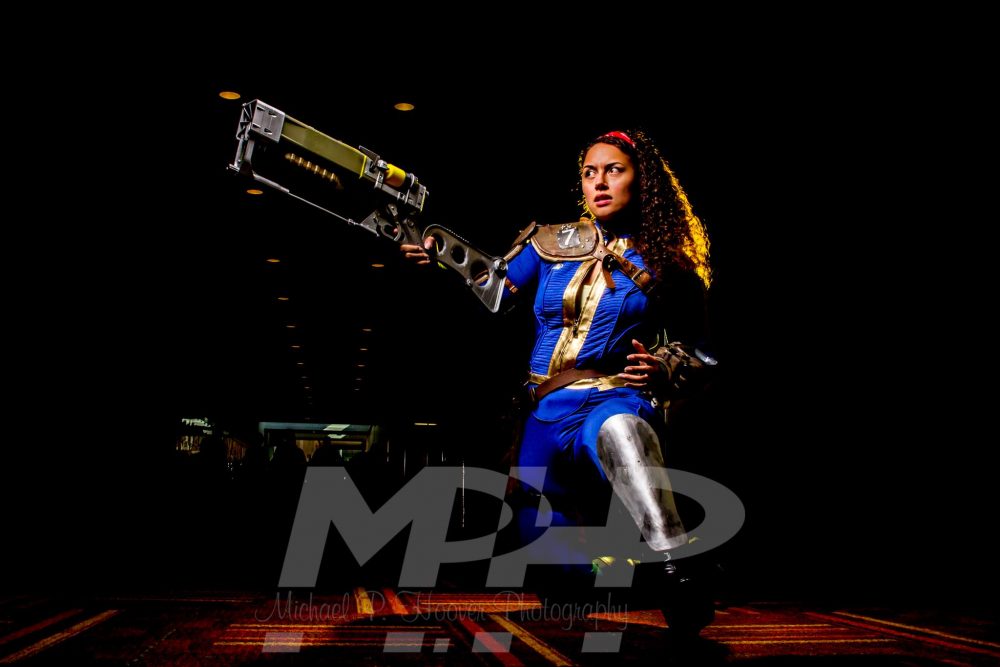 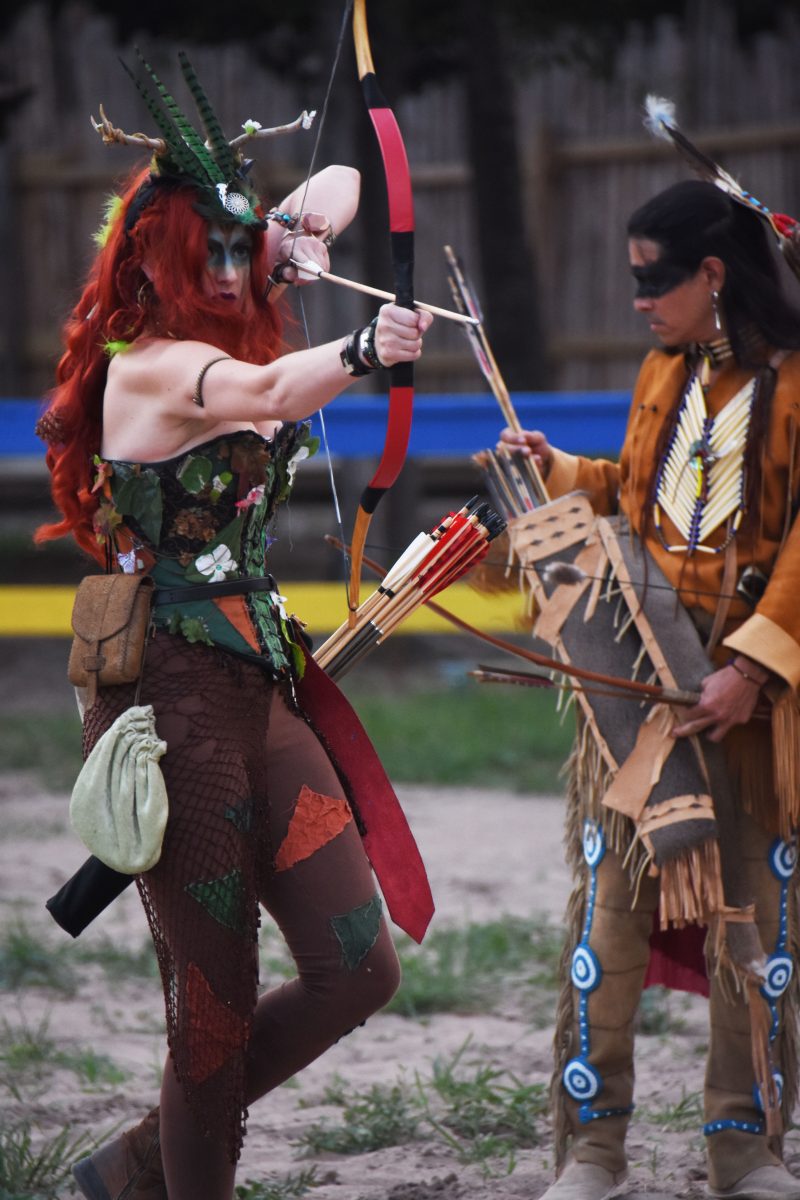