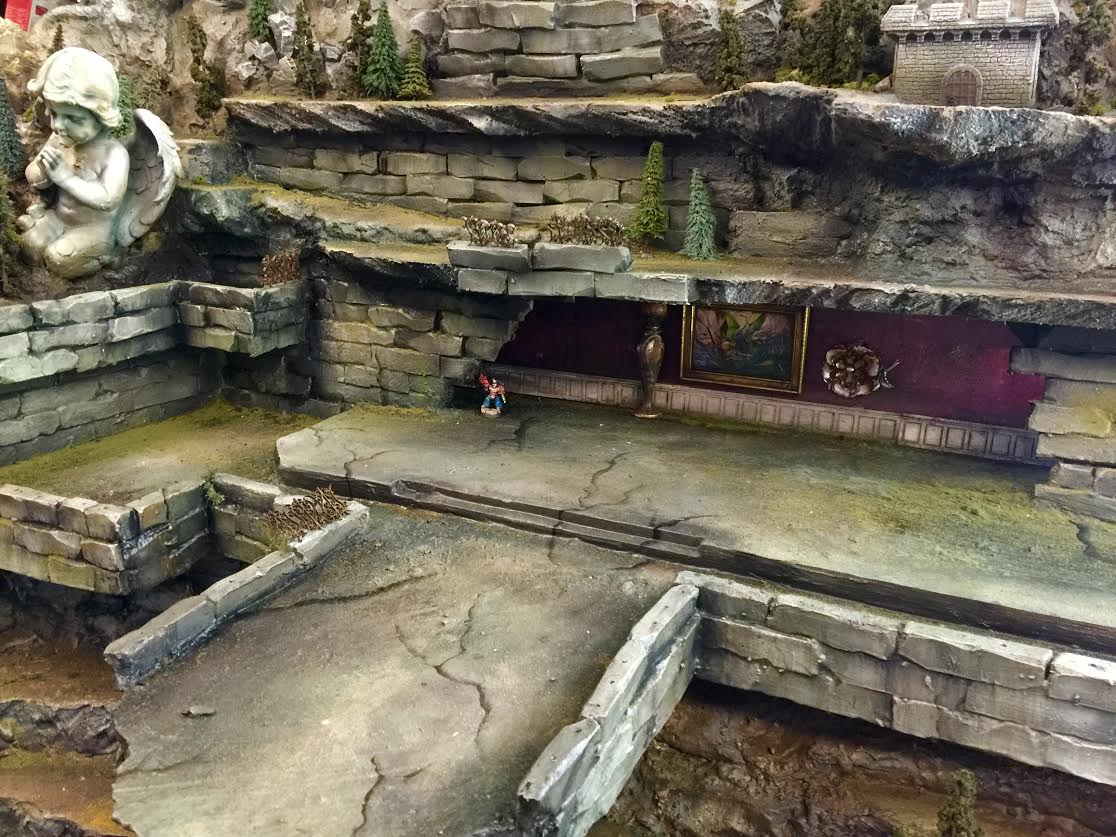 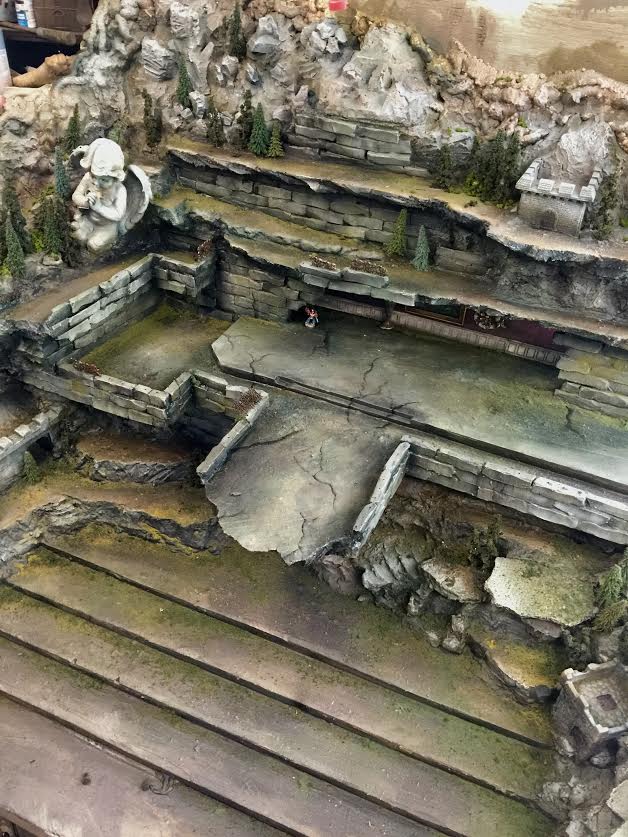 Hello folks! Last time I posted a few shots of making the backdrop for the big Stormcast army. Let’s paint it!

Here’s the Initial Stormcast Army I was commissioned to assemble paint.

Here’s the army backdrop being assembled.

Ok, let’s talk about painting it up. 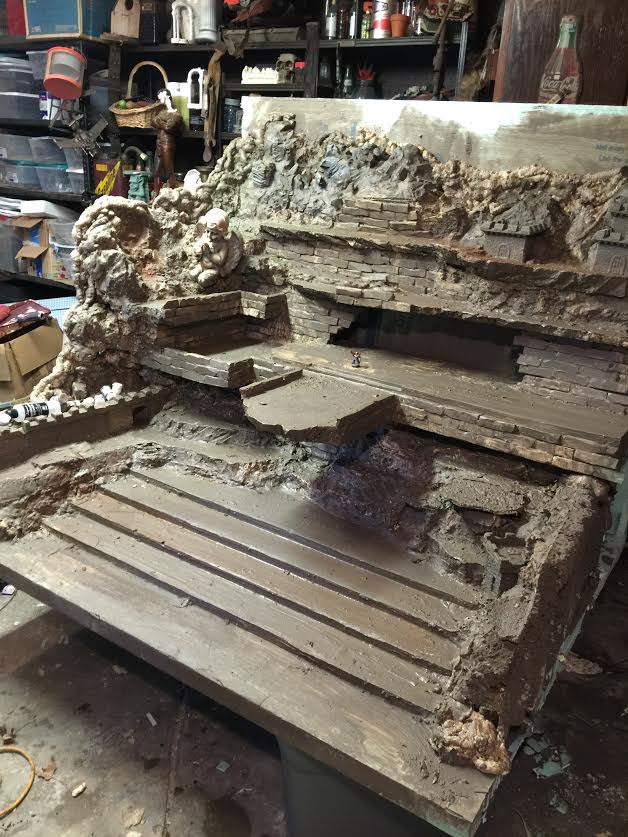 Once it was sure all glues had dried, a primer/base was applied. While most of this is covered by the time I am done, color choice here goes a long way 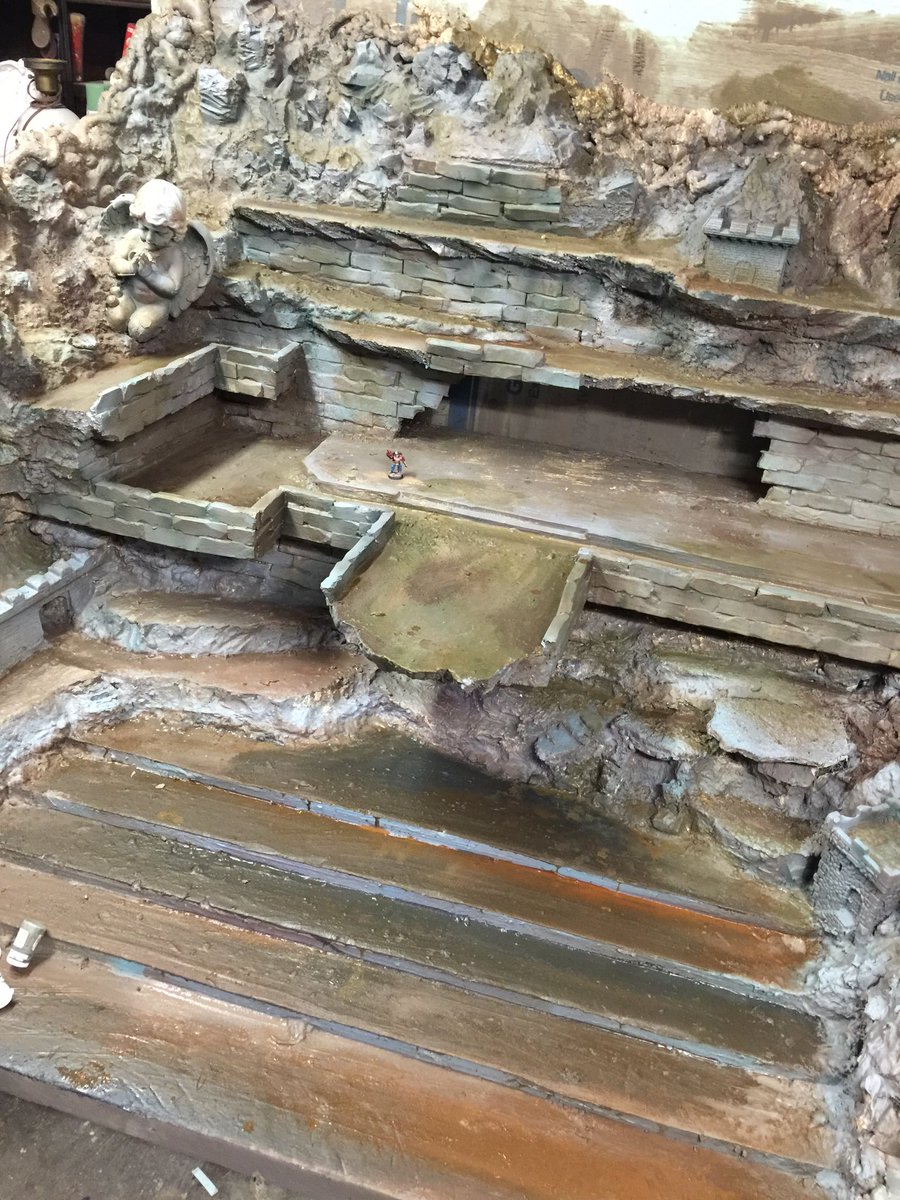 Some wet blending with a 2″ chip brush. These first few steps are really rough, and all about putting some color down. With terrain especially, realism and depth come from a ton of overlapping up and down layers, not solid colors and highlights, so while it may seem messy it is important that it’s ugly before it’s pretty. Long game. 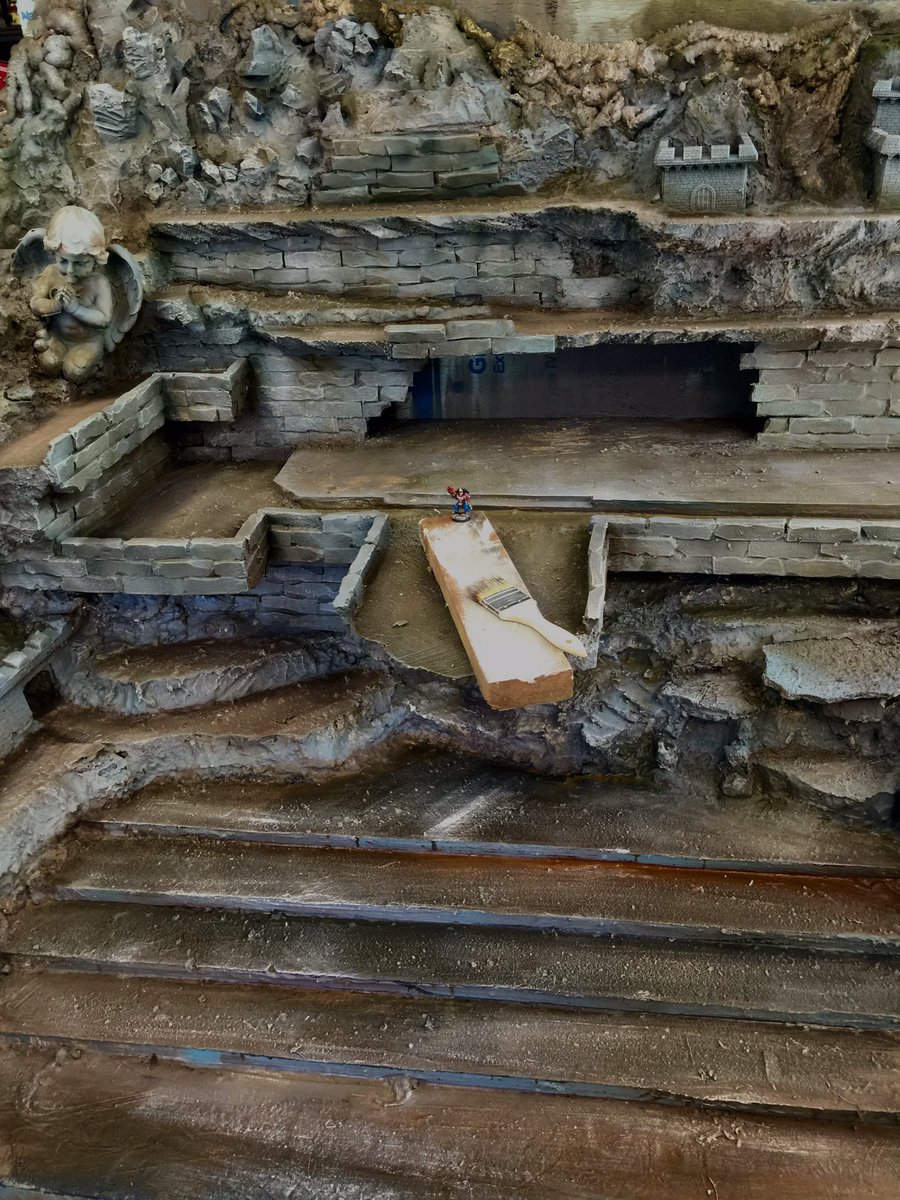 A rough drybrush with a few different shades. Again these preliminary steps are blocking in, and about supporting and adding to later layers. 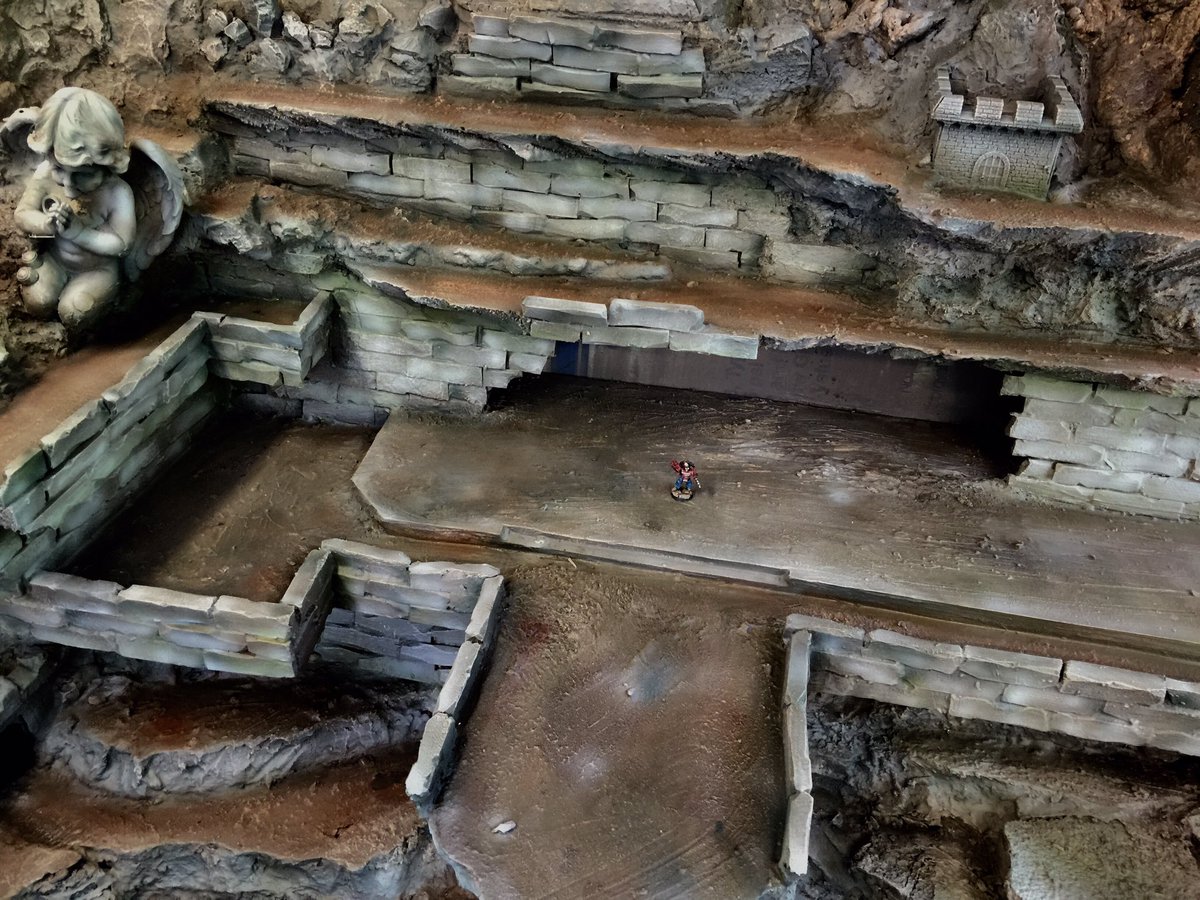 More wet blending over top the drybrush. Here it will start to steer into shaping forms with the paint as well. The process is sort of a sliding scale, on one end really rough color blocking and on the other, fine detail painting and “sculpting” the forms with paint. As steps go on it slowly goes from one end to the other. 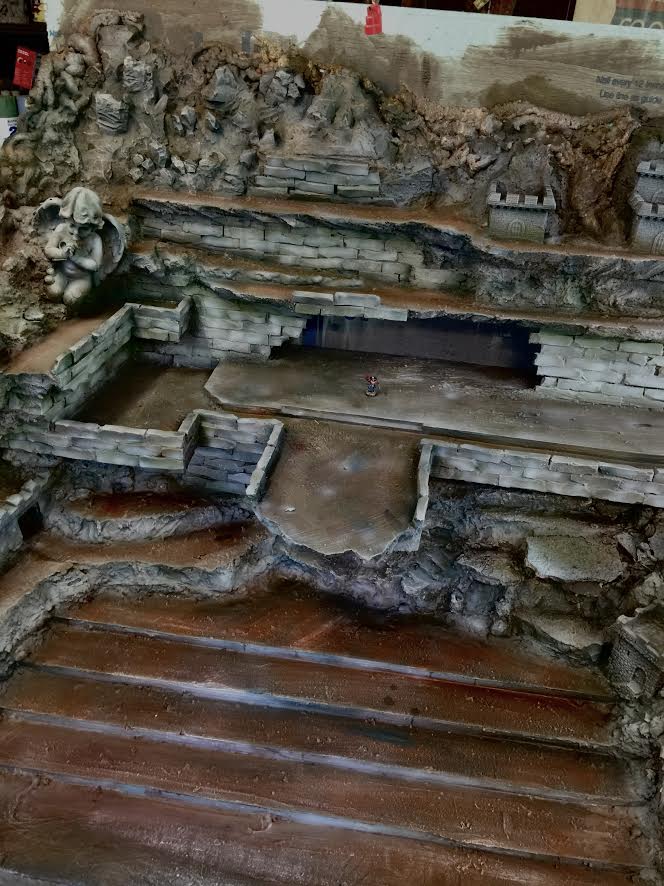 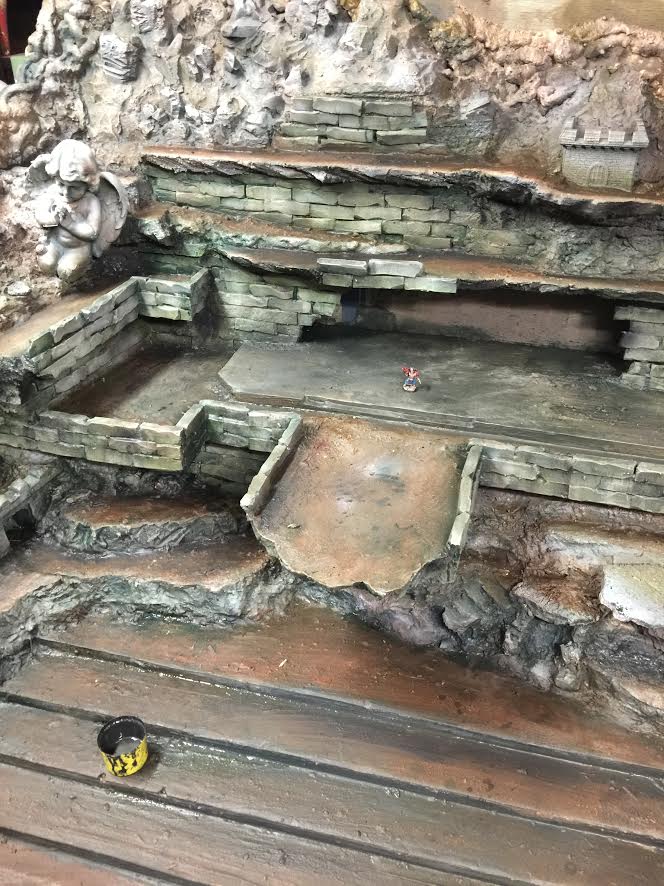 A whole lot of shading with glaze and chip brush. Here is taking mid to dark tones and working in the shadows as well as darkening and blending together earlier steps. 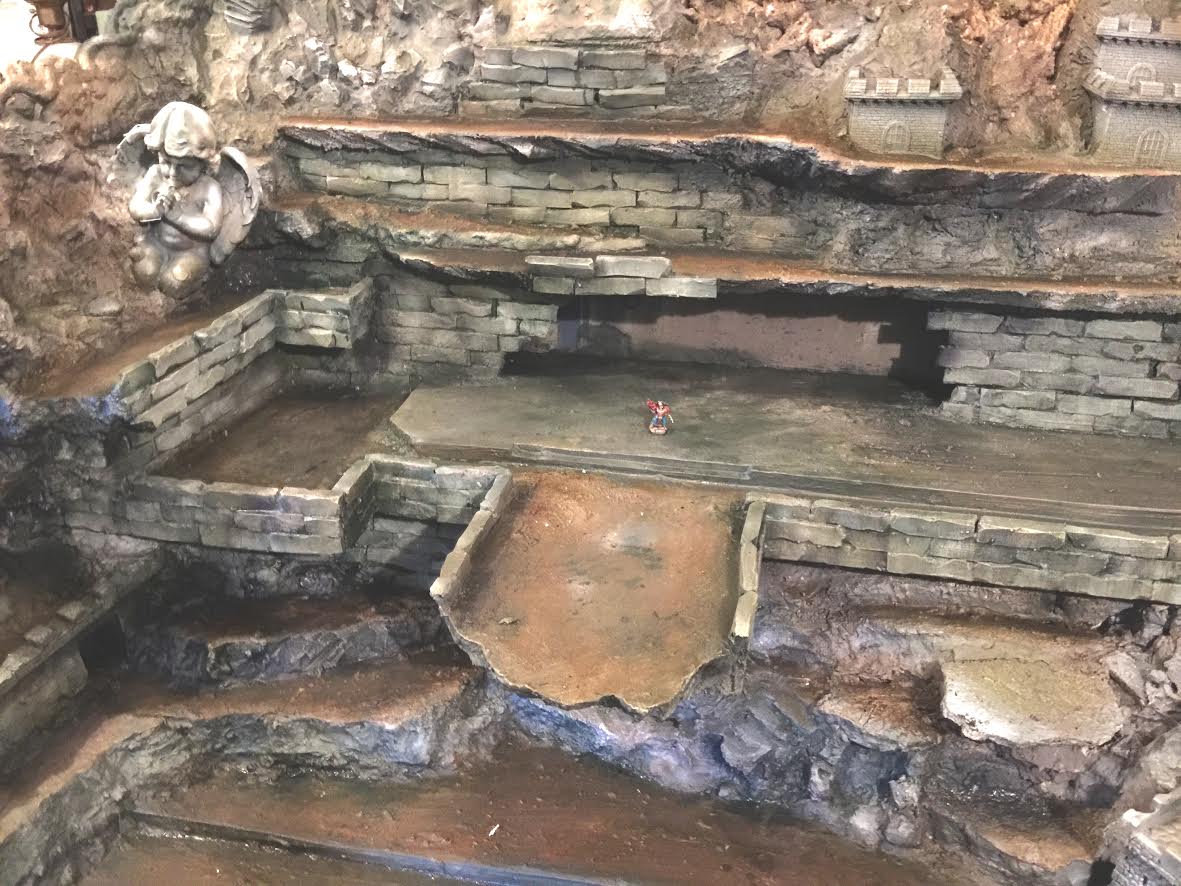 And even more with slightly darker shades. 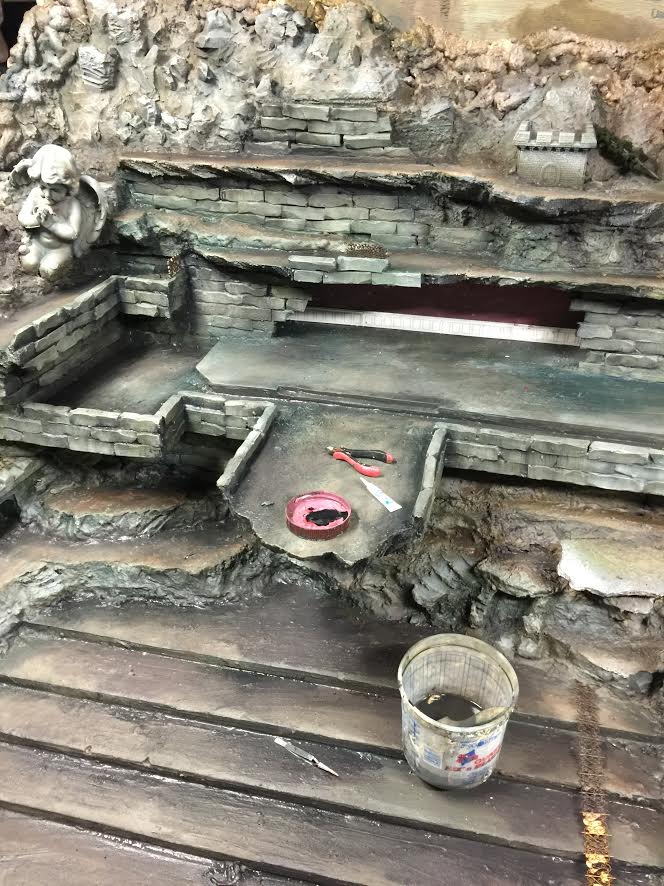 Doing the same but even darker. At this point also using the shading to knock the color back a bit. 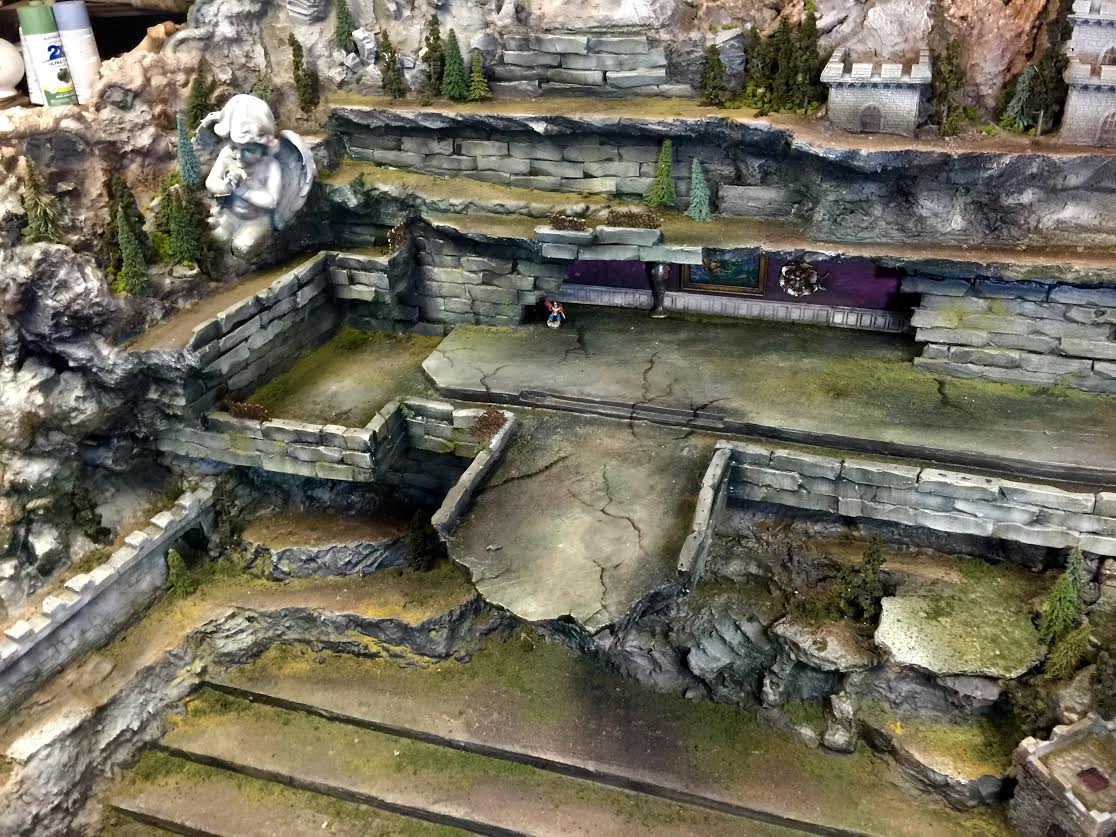 One more layer of very dark shading, some fine detail work, the interior, and finally flocking. All done! The basing is all that is left on the army.  Time to get cracking and make for some final images of both together.  Thanks for reading.

~Next time, the finished army!