We’ve got our hands on the Chaos Space Marine book and we’re going on a whirl-wind tour!

If you’re a devotee of Chaos you’re going to want to join us on a quick tour of what you can expect in the Chaos Space Marine Codex: 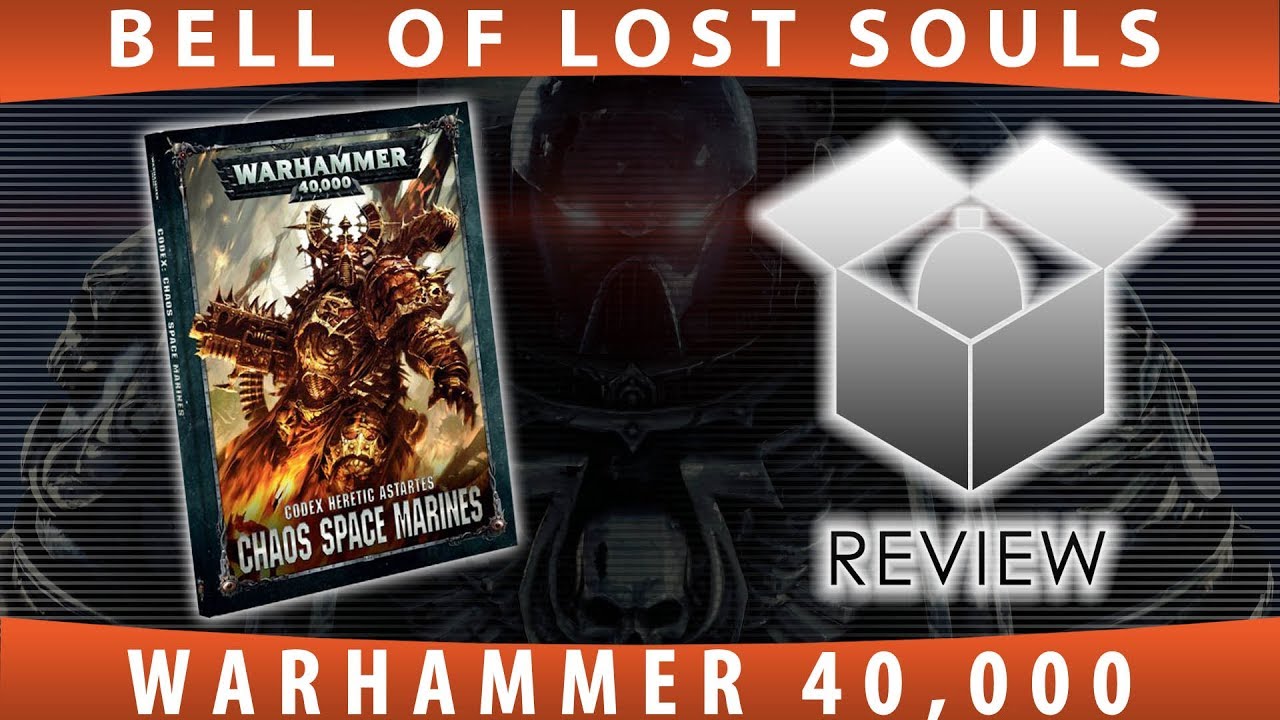 And of course tons of rules for all the abilites, wargear, keywords, and points for each and every unit. It’s a TON of good stuff for Chaos Space Marines.

While this release might not be as exciting as the Space Marines release (new book, lots of new models, etc.) it does flesh out the Chaos Marines as a full faction. The 8 Legion Traits covered in this book  (seven of the original traitor legions and one for the renegades) are my personal favorite part. The traits of each Legion are rooted in their Legion history and make sense. Games Workshop has managed to create a book that works well in the new edition but also maintains a lot of the unique “flavor” for each legion. 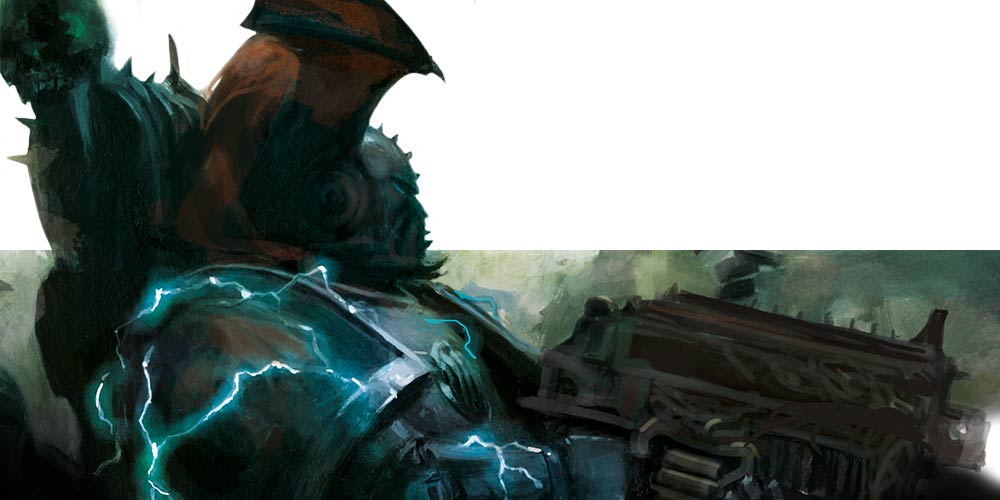 Seeing this book does make one wonder just what exactly a the sub-factions books like Thousand Sons and Death Guard are going to bring to the table. Obviously, it was a disappointment that we didn’t get any new Chaos kits, but that makes us wonder if GW was just saying those new releases for the Nurgle-infused Death Guard book. Or perhaps they have even more in store for Chaos and this book is just a launching point for more to come.

We’re not done yet…

I think that this book has some great potential. It does provide each sub-faction it’s own unique legion and warlord traits, artifacts, and stratagems. It also provides a way for Chaos Marine players to create a force that best suits their play style. It truly is a “dark-mirror” of the Space Marines book and is much more than just “Marines with Spikes” – and that’s a good thing! Games Workshop managed to create a book that has the same or similar powers as the Space Marines but also has enough differences to make playing either faction unique and different. I think they struck a good balance and I am curious to see what the future holds for the Chaos Space Marines.

The Chaos book hits shelves this coming weekend. Are you prepared to cast your lot in with the traitors?

The Chaos Space Marines are superhuman traitors grown strong on the power of the Dark Gods. The ultimate nemesis of the Imperium, they surge from hidden lairs and hellish warp storms to fall without warning upon their victims. Murderous warriors clad in baroque power armour fight alongside teeming human Cultists and hulking Chaos Terminators; gargoyle-mouthed daemon engines stomp to war alongside growling battle tanks and hosts of malevolent entities spawned from the warp. Leading this malefic throng are the Champions of Chaos, evil warlords who have plagued the empire of Man for ten thousand years and more. Now, as the skies bleed raw Chaos energy, their time has come. Let the galaxy burn!

– Let the Galaxy Burn: the terrible origin of the Chaos Space Marines, their betrayal of the Emperor during the Horus Heresy that ushered in an era of damnation, a timeline detailing the Ages of Betrayal, Retribution and Apotheosis with key battles and atrocities in gruesome detail (with a further timeline detailing the horrors of Abaddon’s various Crusades) and a map detailing the current, tainted state of the galaxy;
– Information and details of the 7 major Chaos Legions – The Black Legion, Alpha Legion, Iron Warriors, Night Lords, Word Bearers, World Eaters and Emperor’s Children – with histories, key battles, heraldries and colour schemes for each;
– An in-depth look at each of the characters and units available to each Chaos Space Marines army, with appropriately grisly background;
– A showcase of beautifully painted Citadel miniatures, depicting the colour schemes of the Chaos Space Marines expertly painted by the ‘Eavy Metal team.

Everything needed to get your Chaos Space Marines ready for galaxy-smashing combat in games of Warhammer 40,000 is within:

– 45 datasheets covering the Chaos Space Marines range, featuring their rules and statistics for use in games;
– Army abilities and wargear lists, alongside a brief explanation of their use and the use of keywords;
– Rules profiles for every piece of wargear and every weapon in the Chaos Space Marines’ arsenal;
– Points values for all miniatures, weapons and wargear for use in Matched Play games;
– Rules for Battle-forged armies – 8 Legion Traits, 1 for each of the original Legions and 1 for Renegade Chapters;
– 24 Stratagems of which are Legion-specific; the Dark Hereticus psychic discipline with its 3 powers specific to the Marks of Tzeentch, Nurgle and Slaanesh and 14 weapons and artefacts available only to Chaos Space Marines;
– 6 Warlord Traits usable by any Chaos Space Marines Warlord and a further 7 which are Legion-specific;
– 6 unique Tactical Objectives for Chaos Space Marines.

I’m still hoping for a Chaos Triumvirate of some type…and a new Plastic Abaddon!