I love big social games and Sidereal Confluence is one such game. Our friends at Dragon’s Lair Comics & Fantasy brought over a copy and I’m ready to makes some trades: 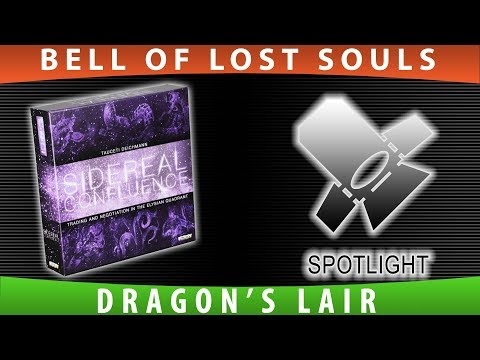 The first thing I’d like to mention is that this game offers the chance for a larger group setting as it supports 4 to 9 players. Right off the bat you should know that because if you’re like me, you probably have had a hard time finding games that are designed for more than 4-5. Not they aren’t out there, it’s just not very common. One of the reasons is that it’s hard to keep 9 people engaged in the game at the same time. If everyone takes 5 minutes on their turn, that still a whopping 40 minutes between your actions. But Sidereal Confluence doesn’t have that issue! How? Let me explain.

Each player takes the role of a different alien race, and each race has their own unique skill-set and abilities. Your goal as a group is to create a trade federation in your quadrant. To do that, you’ve got to cross trade so that your race will have the ability to create goods for the next round. Negotiation and Tradeskills are required if you’re going to be successful at this game. “But wait, how does the turn work – all 9 players can’t go at once!” Actually, they can – that’s why this game is perfect for larger groups. Its a unique cooperative/competitive game where everyone is acting simultaneously – there is never a dull moment!

So how do you win? Well, players need to score victory points. You can do that in numerous ways and I won’t get into that here, but you can read about all the rules HERE. Obviously, cross talk is encouraged but you should read the rules as there is still a “turn” in the game.

As far as the components go, it’s all good stuff. I’ve got only one complaint and that was the copy we opened had a printer error – most of the rules were missing. But again, you can download them from their website for free…so as long as you’ve got an internet connection (and I feel like if you’re reading this, you do) then you’re all good! Aside from that you get a ton of stuff in the box and I really enjoyed that each race had a background and unique flavor to them.

If you’re looking for a game for a larger group or if you’re just the type of person who enjoys wheeling-and-dealing then this game is made for you! Sidereal Confluence is out now so what are you waiting for? There are DEALS to be MADE! 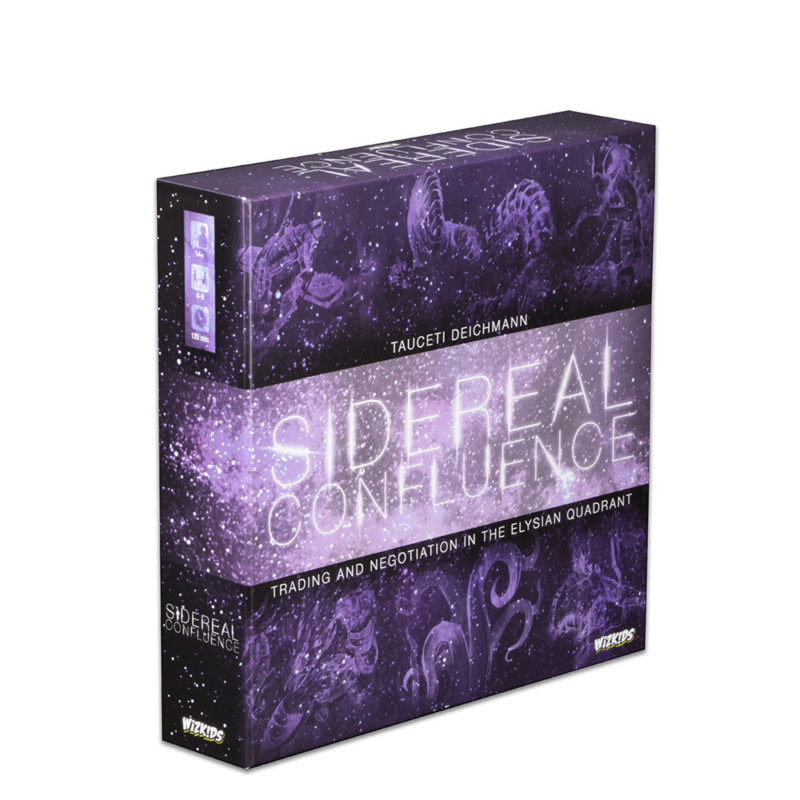 In Sidereal Confluence: Trading and Negotiation in the Elysian Quadrant each player must choose one of the nine unique and asymmetrical alien races that have come together to form a trade federation in their quadrant. Over the course of the game, each race must trade and negotiate with the rest to acquire the resources necessary to fund their economy and allow it to produce goods for the next turn. As no race has the ability to thrive on its own, Sidereal Confluence has a uniquely cooperative feel and with almost all simultaneous action, the game play is always moving.

The ultimate goal in Sidereal Confluence: Trading and Negotiation in the Elysian Quadrant is to gain victory points, which are acquired by researching technologies, using your economy to convert resources to goods, and converting your leftover goods into points at the end of the game.

Are you in sales? Are you an extrovert? Have I got a game for you…