Want to take a closer look at Typhus’ new model in all his plague-filled glory? Come see what’s in his new kit!

Itchy throat? Irritated eyes? Bleeding gums? Sounds like you might be heading for the full blown plague. It’s the return of Typhus, Herald of the Plague God! We’ve got a copy of his new kit and we’re happy to show it off. It’s sooooo gross, but in all the right ways:

Typhus, Herald of the Plague God follows in the tradition of the new style Chaos Character Kits. Like Kharn and Ahriman before him, Typhus has been updated using all the latest tech from Games Workshop’s modeling studio. This new take on a classic character showcases just how far GW has come. Compared to the old model it’s evident that this new plastic Typhus has a LOT more going on in terms of detail and the fluidity of the pose. 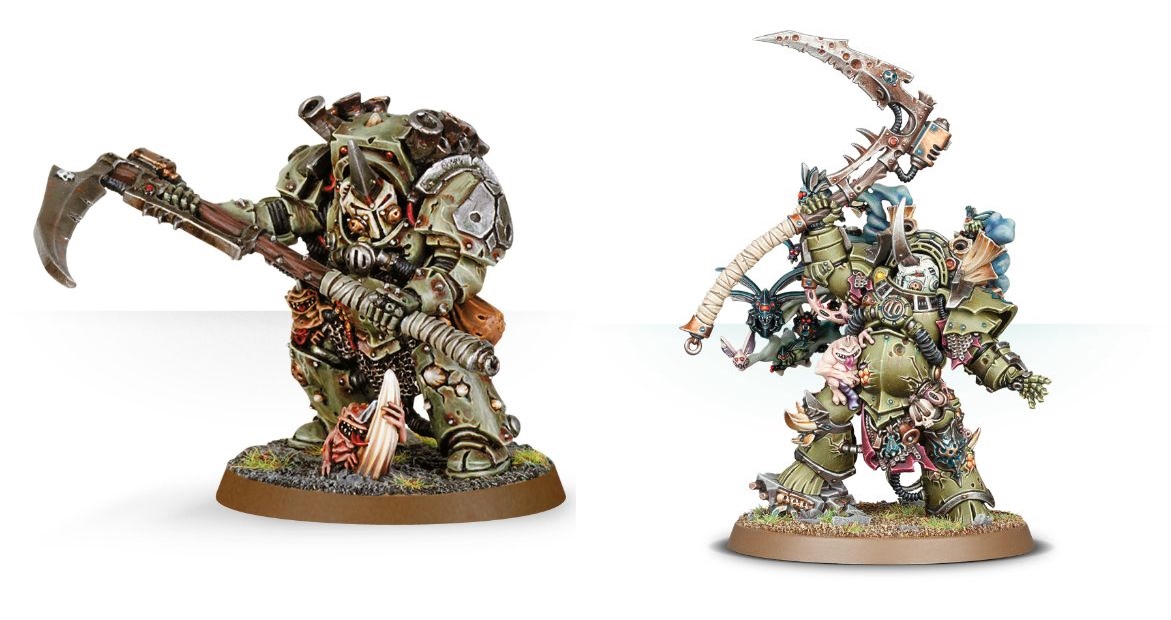 Typhus still has the same themes and elements from his old armor: the cloven “hoof” of his feet, the Nurgling riding on his hip, random pouches, a Manreaper Scythe, a single horned helmet, Terminator Armor, and putrescent vents pumping Nurgle-knows-what into the air. However, all of those elements have been touched up – he’s also a physically larger sculpt than before. He’s got more dings, pits, scratches, boils, horns, and battle damage than before. But’s not done in an overwhelming manner. He also looks bolder and open with his scythe raised to the sky – like he’s summoning the Plague Horde into action! 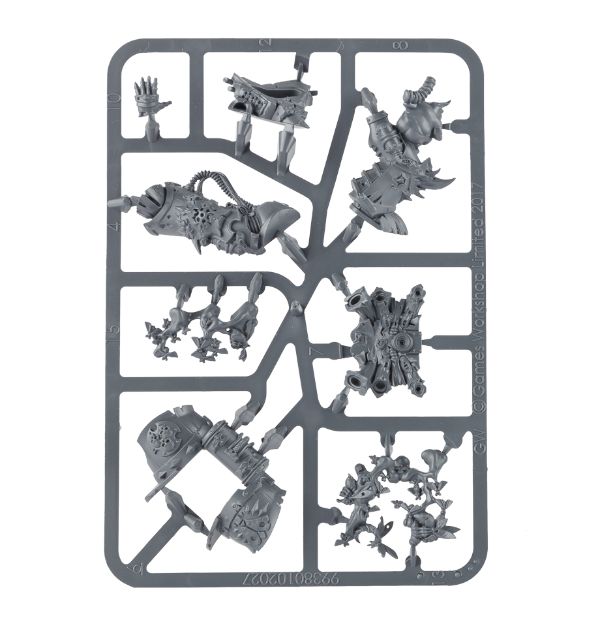 As a plastic kit – it’s exactly what we’ve come to expect from Games Workshop. It’s becoming routine to call their sprues amazing and technically superior to most of the competition. Games Workshop’s plastic kits have raised the bar and Typhus is just one more notch in that belt. The material retains so much detail and it’s easy to work with. You can see from the two sprue pics just how much goes into each bit. You can seriously get lost studying all the little things in this kit. 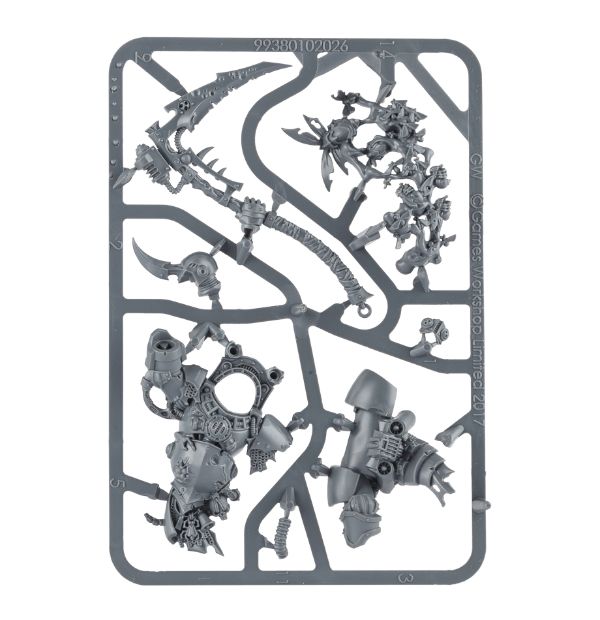 Obviously, we’re totally impressed with Typhus’ kit. We love the updated version and think it’s a great addition to the Grim-Dark universe. If you’re a Death Guard player it’s going to hard to turn this one away. And if you’re a fan of Poxwalkers, he’s a must-buy. I won’t get into all the rules of Typhus (which are included in the box) – but he’s an amazing buff character for the army. Typhus officially arrives in stores next weekend but he’s up from pre-orders today. And I have a feeling we’re going to be seeing much more Typhus on tabletops around the world…

Typhus – Herald of the Plague God 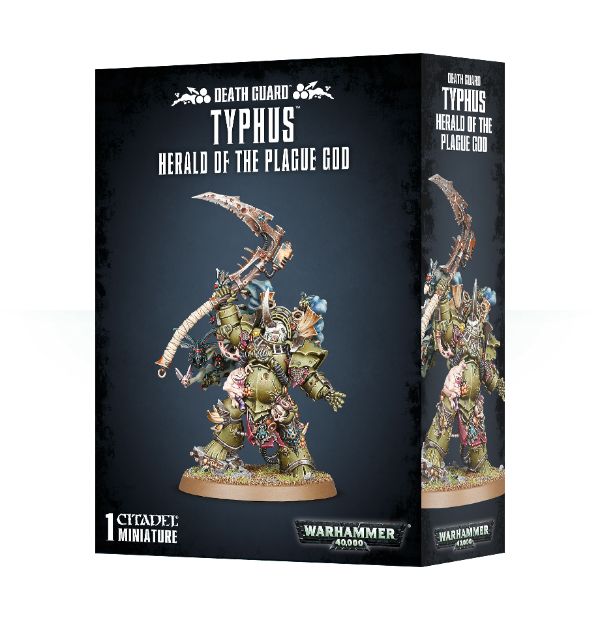 Typhus, Lord of Mortarion’s First Plague Company and Host of the Destroyer Hive, is the most feared of all Plague Fleet commanders. From his ancient ship, the Terminus Est, Typhus spreads contagion and misery across the galaxy. That Typhus has been truly blessed by Nurgle is indisputable. For ten thousand years he has been a blight on Imperial worlds; in the wake of Typhus’ fleet a virulent plague spreads, creating plague zombies whose bites carry the disease to new victims. Billions have died and been returned to undeath, as the proliferating energies of Chaos distort and mutate this disease to ever-more terrifying vectors.

New Typhus vs Old Typhus – which model is your favorite?

Author: Adam Harrison
Writer, Editor, Texas Native, and Austinite for 15+ years, Adam covers all things Tabletop Gaming. Which includes Warhammer 40,000, Age of Sigmar, D&D, Board Games and everything else that involves dice, boards, cards and a table. A hobbyist, player, and collector of miniatures and games, Adam's current obsession are his Death Armies for Age of Sigmar, his Blood Angels and Tyranids for 40k, and his ever growing Arkham Horror: The Card Game Collection.
Advertisement
Games Workshop Miniatures Unboxing Videos Warhammer 40k
Advertisement 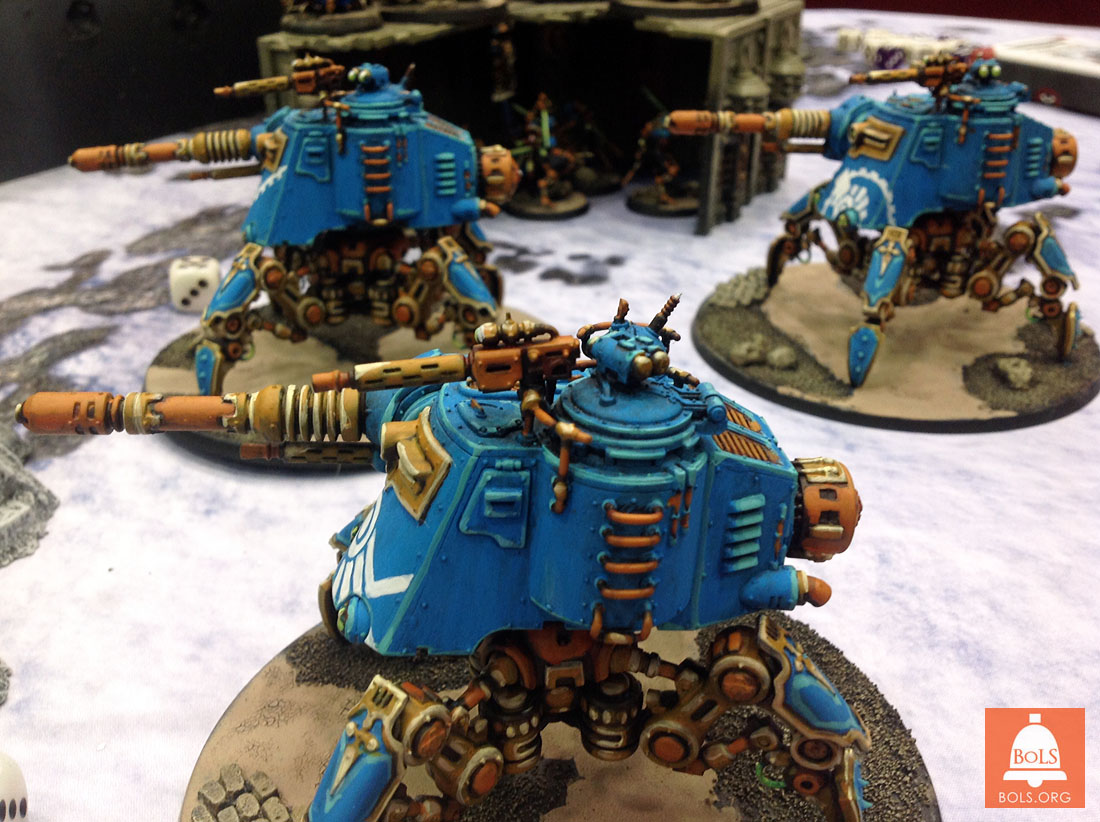