Every army’s got them. Those units that just can’t quite get the job done, or compete with the other units in the army. They might be too expensive, too fragile, not killy enough, or only useful in ransom corner-cases, but, in spite of it all you can’t help but use them time after time. Even knowing that you could be making a better choice from either a fluff or tactics perspective, let’s talk about those units that we definitely have a healthy relationship with.

For me, it’s Tau Stealth Suits. Whether they’re the sexy original models: 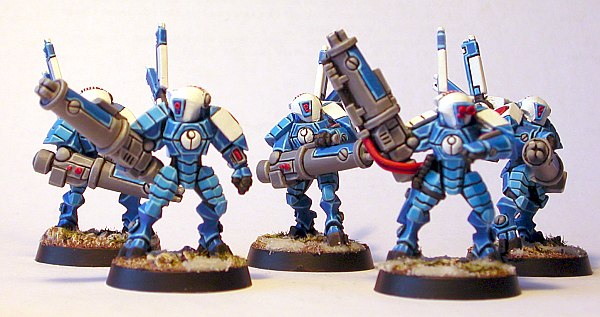 Or the sultry newer ones: 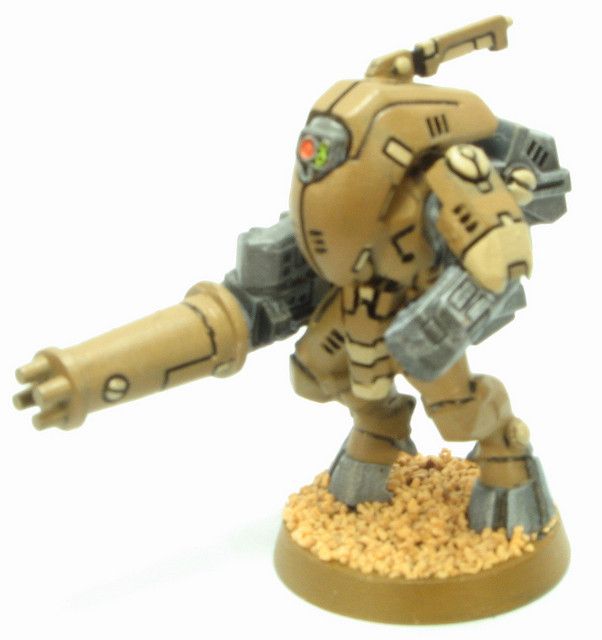 …there’s just something about them that I can’t get away from. They’re definitely too expensive for what they do–at 6 power level, or 30 points (minimum) per model, they have a hard time earning back their points. They can put out some decent firepower, 12 strength 5 shots, or 8 shots and a meltagun in a minimum-sized squad. Or, if you want to really be frivolous,  you can double their size/firepower. And you can give a model an upgrade to ignore the penalty to advance and fire assault weapons, buuuut, they’re BS 4 and that means you’ll be really chancing it with a max of two in the squad. And in this edition two meltagun equivalents justb doesn’t get the job done as well as you’d hope.

They can be hard to kill incidentally, with their -1 to hit, but they also disappear when you decide to actually do something about it, and blam, 100+ points gone in a round of shooting. 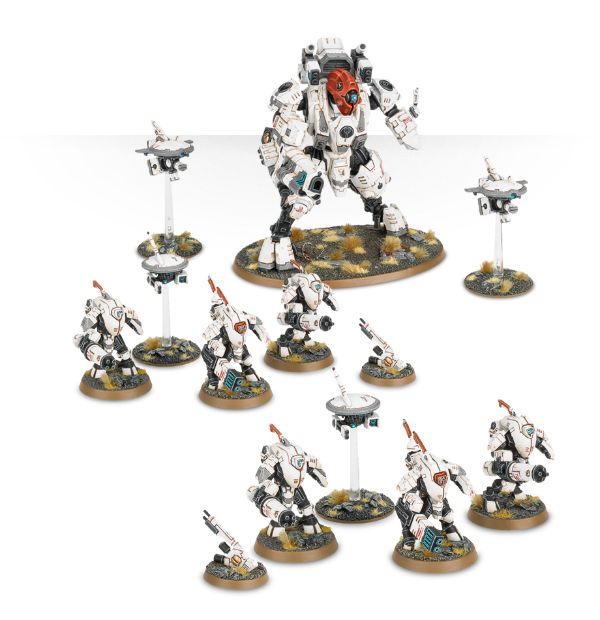 But in spite of all that, I keep trying to live the dream. The idea of an elite strike team that can jet around doing what they want is enduring. You can give them a 20 point homing beacon which lets you cheat around normal deep strike–and in theory they’re a multipurpose unit that you can take against infantry or vehicles. And that idea is very cool to me. Most of the Tau army is hyperfocused on killing either light infantry or heavy armor, and these guys seem like they could fill a cool role in the force.

Plus they look so good on the tabletop. And when they come in handy, it feels amazing to live that roll-all-sixes dream. 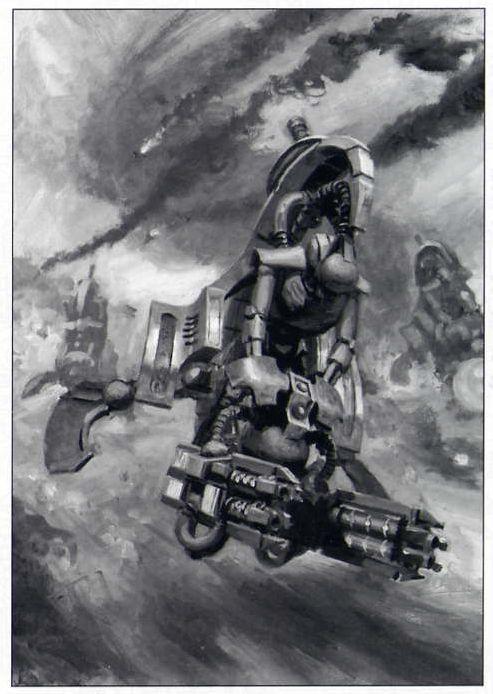 Similarly, on the Necron side of things, we’ve got the Tomb Blades, which on paper seem very cool–but in practice just get shot down before they can do anything useful or even annoying. And yet, there always seems to be room for those fragile little deathtraps in my detachments. Adam Harry has some choice words about Tyrant Guard, but always finds room for them. 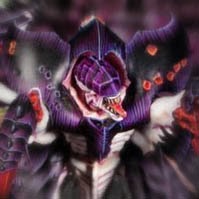 So with that in mind, I wanna know what units you can’t help but take, even when you know there’s a better choice. What are your fan favorite units?

I mean, I can’t be the only one that does this, right?

Author: J.R. Zambrano
Bell of Lost Souls Staff Writer and DM, J.R. covers RPGs of all stripes and on occasion eats sandwiches. You can ask him about either at [email protected]
Advertisement
Editorials Games Workshop T'au Empire Warhammer 40k
Advertisement 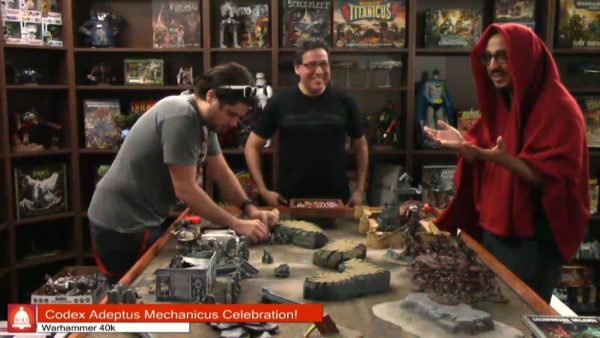