X-Wing: From Books to Tabletops

The “X-Wing” books were the highlight of the old EU. What would it look like to bring them into the game?

First things first: you should read the X-Wing books. This is why, but here’s the abridged version. They are comfortably the best products of the old Star Wars EU. I realize that may seem a low bar (*glares at Crystal Star, and “Black Fleet Crisis”, and Courtship of Princess Leia, and stops there before getting carried away*), but I maintain the X-Wing books are even better than the hallowed “Heir to the Empire” Timothy Zahn books. You know how psyched people get about Thrawn? These books are better. Besides, you play a game called “X-Wing”, you should read the books called “X-Wing”. It’s a no-brainer.

The books are fast-paced, action-packed, and filled with both wit and pathos. The characters, both good and evil, are some of the only characters in all of Star Wars that are consistently good at their jobs. The authors were so on-the-ball they were able to fix or paper over other authors’ continuity errors. Aaron Allston created a hilarious running gag and it somehow turned into a wonderful plot point. (Yub yub, Commander!) Just… just read them.
In the midst of all of this are some great characters-including lots of pilots. Yes, the X-Wing already has an impressive collection of pilots, but you can never go wrong with more in a game called “X-Wing”. And a Rogue Squadron or Wraith Squadron set would give FFG an opportunity to deploy the mythical “X-Wing fix”.
That aside, the books and characters are rich enough that we can pull from them for some sweet pilot ideas. If FFG were to use these books for inspiration-and given that we have the bloody K-Wing, from the aforementioned dumpster fire known as “Black Fleet Crisis” , they might-then these are some of the concepts they might adopt.

Bringing The Pilots to X-Wing

Our goals here are twofold. First, be characterful. There are plenty of pilots in the game that have maybe a line or two in the movies (or none at all). You can assign them any pilot abilities you want. But even the least of the Rogues or Wraiths gets plenty of chances to come into his/her/its own. We have an idea of who these people are and what they do. For this to
be as fun as it can be, these pilot abilities should reflect the pilots in some way.
Second, push the envelope a little. X-Wings are pretty tightly tied to “tight jousting formations” as their identity. If we can expand that a bit, while staying true to the major Rebel themes of defense and teamwork, that’s cooler still. We’ll start with Rogue Squadron, and later on get to Wraith Squadron.

CORRAN HORN-PS8
Yes, Corran already has a pilot card. It’s a pilot card for the E-Wing. For shame! Corran flies an X-Wing, very very well. He should have an X-Wing pilot card.
Corran is one of the top aces in Rogue Squadron, a group explicitly meant to be the deadliest collection of fighter pilots in the galaxy. Although he starts off cocksure and anti-social, some humble pie (courtesy of Wedge) and good teammates bring Corran around and bring his natural skill to full flower. His Moment of Awesome comes when he flies through a series of artificial thunderstorms, dodging ground fire and TIE Fighters, to nail a priority target. In a Z-95. That’s pretty sweet. That moment will be our inspiration for his new pilot ability.
(We could keep his old pilot ability, but it wouldn’t work as well. For one thing, that would be lazy. For another, it doesn’t work as well on a ship with no systems slot (and thus no Fire Control System). So we’ll go with a new one.)

“If your maneuver template overlaps an obstacle but your final position doesn’t, you may ignore the effects of the obstacle and assign your ship a focus token.”

Outright ignoring obstacles wouldn’t be as much fun. It’s been done, and it leads to uninspired flying. What fun is an ability that lets you think less? This pilot ability, in contrast, invites you to change how you fly, even change your obstacle selection. It begs for acts of daring, and rewards you for pulling them off. It’s a little show-boaty, but so is Corran.
One caveat: if you field Corran, his X-Wing must be painted green. Sorry, but it’s a thing. 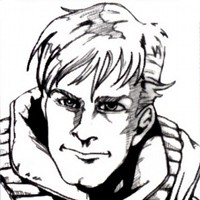 BROR JACE-PS7
Another of the top pilots in Rogue Squadron, Bror is an aristocrat and elitist. He barely bothers to veil his contempt for pilots he regards as his lessers. His rivalry with Corran starts out adversarial; over time, the two earn each other’s respect. When Bror’s natural competitiveness is harnessed and focused, it brings out the best in him. Indeed, the worst things that
happen to him always happen when he’s alone.

“When attacking or defending, if there is a friendly ship at range 1-2 with a higher pilot skill than yours, you may re-roll up to two dice.”

The natural comparison might be to Jess Pava, but Bror is a different creature. Bror is sudden death in his own right, which is why he’s higher PS and has an EPT. Moreover, while Jess isn’t picky in her choice of squadmates so long as there are lots of them, Bror doesn’t care until there’s someone strong enough to push him. And, since low PS ships are a lot more likely to
fly in formation than high PS ships that don’t have to put up with that, Bror has a looser range restriction for his ability. This suggests a different sort of squad build for Bror, and makes him a strong ally for your top aces. You can fly very aggressively with Bror, knowing the pickle he puts your enemy in: there’s another, more dangerous ship right there and killing it would disable Bror’s ability, but can your opponent afford to ignore Bror and his strongly-modified shots? Fun times. 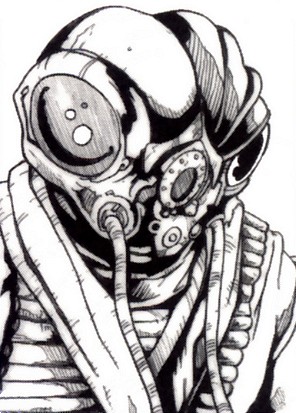 OORYL QYRRG-PS6
A gand with a robust physiology and a societal shunning of pronouns, Ooryl is Corran’s wingman. He takes the role very seriously. Some of his finest moments involve him sticking it out in hazardous situations, relying on his inhuman physiology to carry him through. Things that would kill humans merely inconvenience him.

“When you receive a damage card with the Pilot trait, flip it facedown without resolving its effect.”

While not as effective as the Determination EPT, the fact that he has it natively frees his EPT to be something else. The natural fit, you might expect, is “Draw Their Fire” and squad-based flying. Even once his shields are gone he can continue taking Pilot crits without losing functionality. 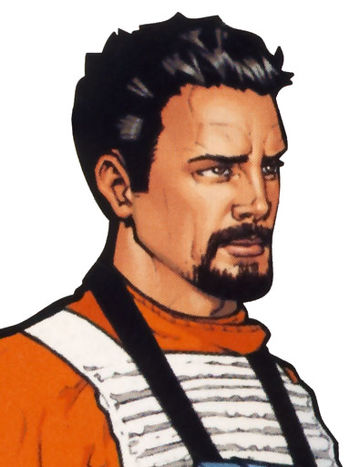 GAVIN DARKLIGHTER-PS5
Oh, great, you’re thinking-another Darklighter. And that’s what a fair number of Rogue Squadron pilots thought, too! Bror in particular viewed him with contempt. Although initially seen as Wedge’s charity pick, and scoreless in his first few engagements, Gavin developed quickly. He became a solid pilot on his own, a great pilot in a squad, and a terrific pilot with the right motivation. By the end of the books he could wreak terrible vengeance on Imperial goons: when an enemy assault force shredded a pacifist colony, Gavin blew the snot out of them before escaping unharmed. So let’s combine that with his Darklighter heritage to come up with his pilot ability:

“When another friendly ship at range 1 is defending, you may assign the attacker one stress token.”

What makes Biggs un-fun is that he takes away choice. Gavin doesn’t. He merely complicates your choices. He doesn’t force you to target him; he strongly suggests you target him by punishing you if you don’t. A stressed enemy will be predictable in following turns, allowing Gavin and his friends to set up favorable jousts. It’s worth noting, too, that Gavin’s ability works in different situations than Biggs’; whereas Biggs has to fly to where he’s always a legal target for his ability to work, Gavin can bump or be out of arc and still do his thing. We might even see occasions where an enemy chooses not to attack at all to avoid getting the extra stress. Not bad for a little farm boy from Tattooine. Er, the *other* little farm boy from Tattooine. 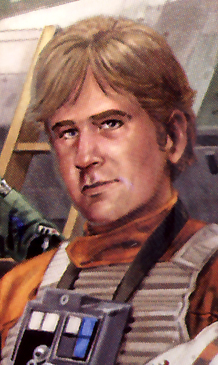 TYCHO CELCHU-PS8
Tycho spends most of the books under heavy restriction on suspicion of treason. He still manages to pull off some crazy stunts in under-powered ships without functioning weaponry. That’s grace under fire. He gets to keep his pilot ability unchanged. It’s perfect.
~In a future installment we’ll do some more Rogues, or maybe get to the Wraiths– what did you think of this bunch?

Author: Sam Durbin
Sam has been a miniatures wargamers for over 10 years. He specializes in the Star Wars X-Wing miniatures game. He began writing for BoLS in 2016.
Advertisement
Editorials Rules X-Wing
Advertisement