The Streets of Arkham get deadlier in the new Mansions of Madness Expansion.

Things that go bump in different dimensions are leaving the mansions of arkham and invading the streets. In the latest expansion from Fantasy Flight Games, Streets of Arkham, you are tasked with assembling a team of investigators and confronting the deadly encounters in three new scenarios in Mansions of Madness.

If you’re completely new to Mansions of Madness, we have written about it before. It’s one of the new “Hybrid Games” that uses both a traditional Board Game and some type of digital interaction. We’ve also written about that and how FFG is doing it RIGHT.

So what is Streets of Arkham and what are we getting? That’s a fair question – it’s an expansion set first off, so you will want the core to start. If for nothing else then the base investigators…And you’ll probably want to play through that anyways! 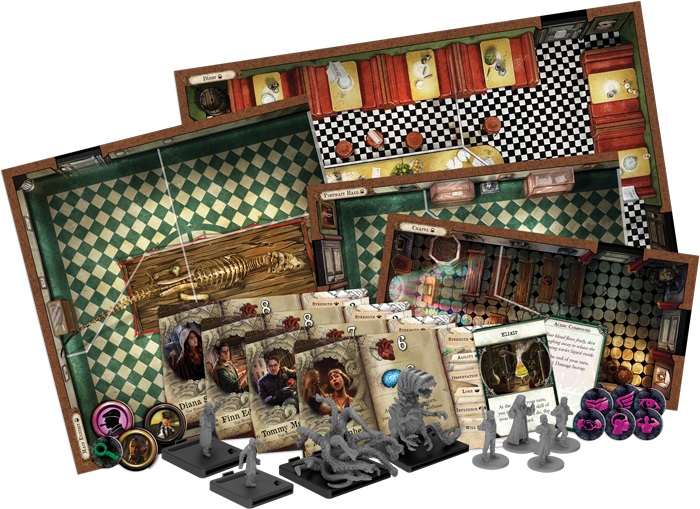 Streets of Arkham comes with 4 new investigators which we’ve talked about previously. It also comes with 3 new scenarios: Astral Alchemy, Gangs of Arkham, and Ill-Fated Exhibit. What we wanted to focus on today was the first of the scenarios which is Astral Alchemy. 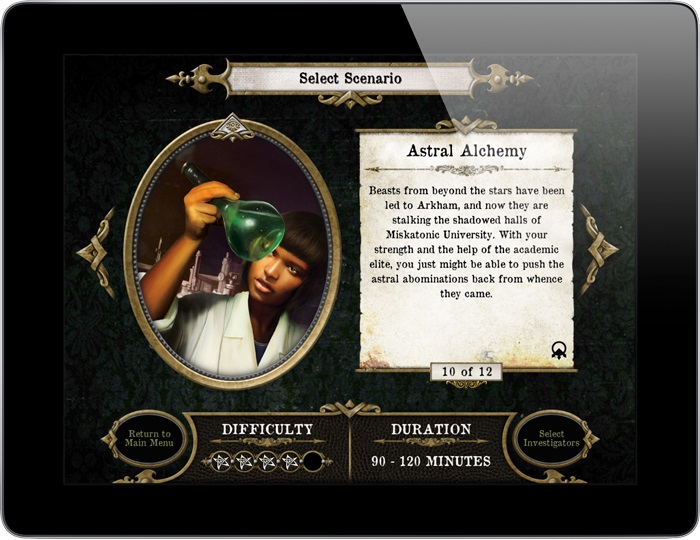 In the first of three scenarios, beasts from beyond the stars stalk the shadowed halls of Miskatonic University. The academic elite have called upon Arkham’s bravest investigators to push back the astral abominations and restore peace to the school. With a level four difficulty, this 90-120 minute scenario challenges players to quickly solve the spectral mystery before their strength and sanity wear thin.

The investigators receive an ominous note from Dr. Delphinia Bell of the Miskatonic University’s Department of Alchemy. This note is a call for help and a warning that “a threat from beyond” is approaching. Naturally, the investigators are intrigued – partly because they know of Dr. Bell, but have never met her…and partly because they’ve been exposed to Arkham’s dark side on more than one occasion.

As the players are preparing for the adventure there is an rumble in the ground. Not believing in coincidence (at least not in Arkham) the players dash off to the University and hope they aren’t too late… 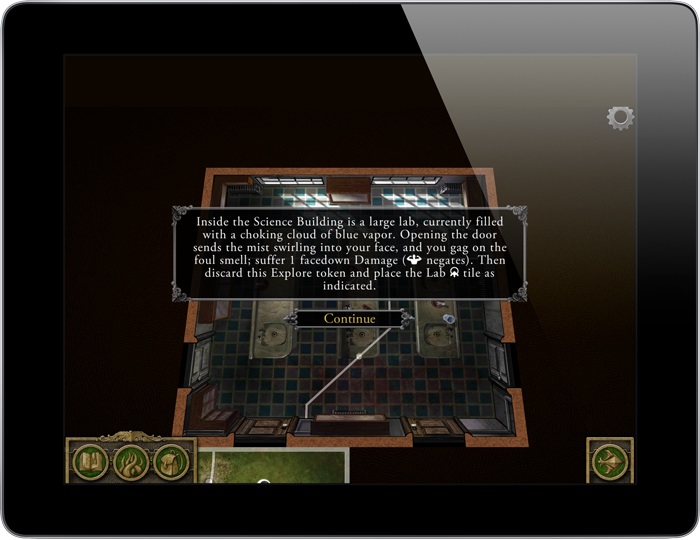 The threats the investigators face it the halls of the University are things normal people are not prepared to face. The good news is that you are running around the Alchemy Lab and the expansion’s new Elixir Mechanic comes into play. You can choose to pick up, drop, or trade the various Elixirs scattered around the lab. Some of them can improve your stats beyond your starting value. This can help round-out a character or make them so dominate that they can’t be stopped in certain areas.

But there is always a catch in Arkham. The bad news is that some of these Elixirs might have some unforeseen consequences. Some of them might cause you immediate damage. Some of them…well, you’ll have to drink to find out! 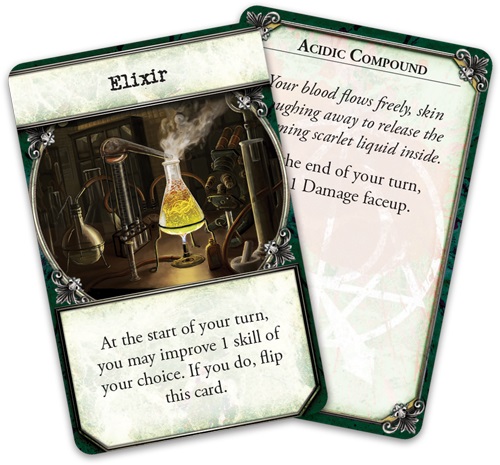 The dangers of the Streets of Arkham are there and you’re the only one that can protect the sleeping city from these myserious threats. If you succeed, it will be one more day the city of Arkham goes about it’s business. If you fail…well…try not to think about all the hapless citizens that are now the snack of an elder god.

Streets of Arkham hits stores later this year in Q4! 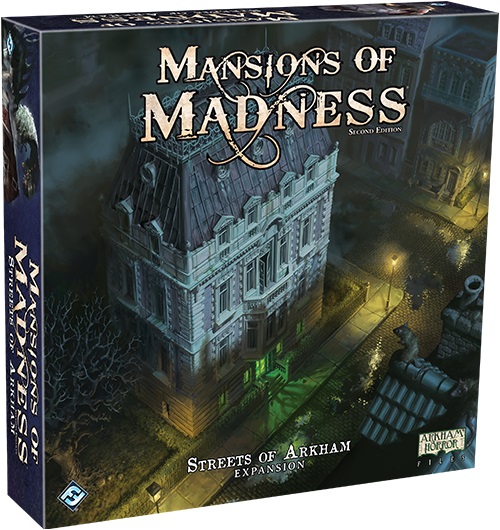 Who doesn’t like to go into the Alchemy Lab and just down all the fizzy-lifting drinks?