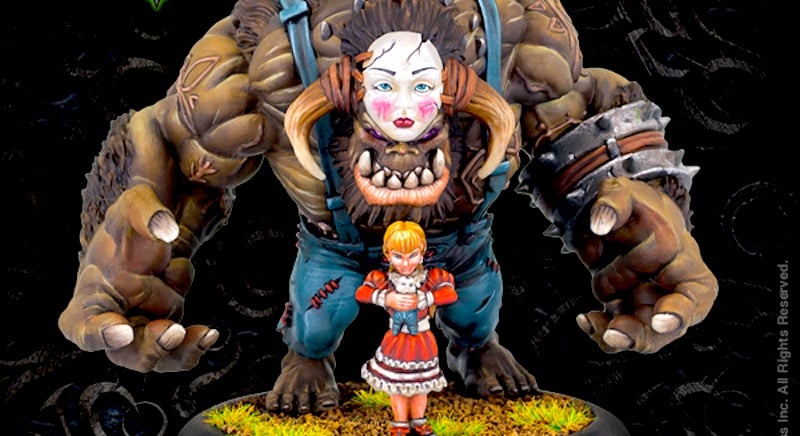 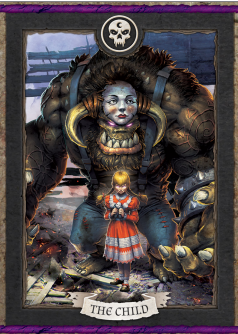 The Child is a beast lover.  Her abilities and spells lend to helping beasts to their maximum effectiveness.  If you were looking to have a bunch of cage ragers and skin + moans running around killing everything then “The Child” is the Grymkin warlock for you. 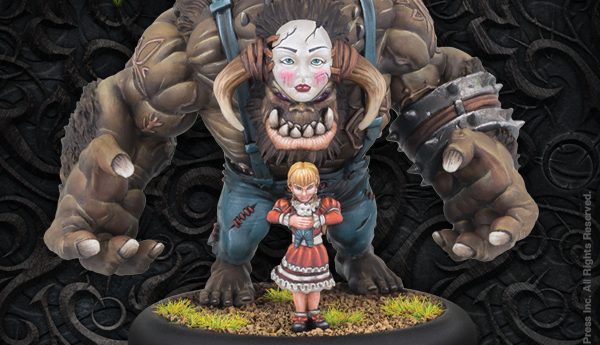 Each Grymkin warlock has a their own Trump.  The Child’s is “WRATH”.  If you damage a model in her control area the fury stats increase by 1.  This is a really effective because the beasts can buy that 1 more attack or boost to finish off the enemy.  It is rather easy to trigger, even late in the turn knowing if your beasts are in range of some juicy targets!

Pain Response:  This is a nasty ability combined with abuse.  A beast can have a free charge while damaged.  Free charging beasts mean more fury to kill the enemy.

Outrage:  The Child gets angry when you hurt it.  Stronger(+2 Str) , Tougher(+2 ARM), and Pathfinder.

Retaliatory Strike: The Child can hit you back after you hit it.

Abuse:  Morghoul has been abusing beasts for years and so can The Child!

Discord: Give the Banshee scream of Retribution to one of your beasts.  Great to stop charges if your opponent isn’t paying attention.

Tantrum: 2″ Vengeance for a beast if the battlegroup was damaged. 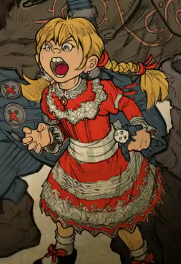 This list gives you important extra corpse tokens to make Skin and Moans hardier.  The Death Knell provides a nice armor buff to protect from shooting.  The Crabbits are some of the best Arcana triggering beasts since they die easy and are shield guards.

What to do VS The Child?

Remember the Child has 2 threat extenders with Abuse and Tantrum.  The Child armies don’t like multiple weapon masters because they will usually be pretty beast heavy.  Try to kill targets 1 at a time instead of spreading damage because Arcana can heal beasts or cause other things to happen when a beast dies.

~What do you think of the new faction and this new Warlock?

Author: Revenant
Revenant is a veteran tabletop wargamer with over 10 years of experience. His specialty is Privateer Press' Warmachine & Hordes gamesystem. He began writing for BoLS in 2009.
Advertisement
Grymkin Tactics Warmachine-Hordes
Advertisement