The Imperial Knights are a terror on the tabletop. And soon, they’ll be fighting a deadly battle in real life.

This month marks a great moment in history. Because this month will be the first (that I’m aware of) giant robot fight in history. With two years of prep time, construction, and build-up, the United States and Japan are about to hurl us headlong into the future by taking two impractically large mechs and making them fight each other for our edification. This is of course the plot of several movies, anime, manga, and whatever other media you can think of. But soon it will also be real life, thanks to Megabots. 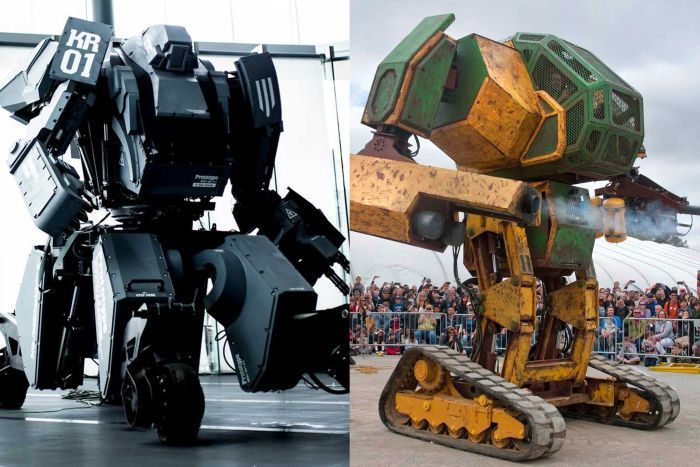 For now, we have to wait for the slow passage of time to take us to the moment where everyone’s life is forever altered, and ‘mech pilot becomes a viable career path. But let’s take a look to the future–to people for whom ‘mech pilot is actually one of the few good existences out there. I speak, of course, of the Questor Imperialis–the Imperial Knights.

Now, mind you, a Knight Paladin or Knight Crusader is a far cry from MegaBot and Kuratas up there, but both of these giant robots do show that these might one day be possible. Let’s take a look at the various components of the Knights and see just how plausible this might truly be.

Humanity is getting better, in general, at making armor all the time. In the last hundred years we’ve gone from tanks being death traps that would get stuck in trenches, to being a part of any mechanized military. There are new developments in vehicle armor that counter existing weaponry–especially crazy experimental things like electrically charged armour, which also leans into the idea of an Ion Shield that protects these guys. But we put armor on everything from tanks to boats to planes to space ships. If it moves, we can make it impregnable. Sort of.

Oh we can definitely put guns on literally anything. From cars to tanks to bikes–now mind you, plasma cannons might be a way off, but I have little doubt that we can take a vulcan cannon and strap it to something and voila. Baby knight.

We were developing sensors that can see through walls six years ago.

So going to call that one a win for real world us vs. 40K us.

We maybe have a while to go. Although… only recently we saw the debut of the Atlas II, who is making some very promising advances.

Wait hold on. Was that guy deliberately tormenting this poor ‘bot? 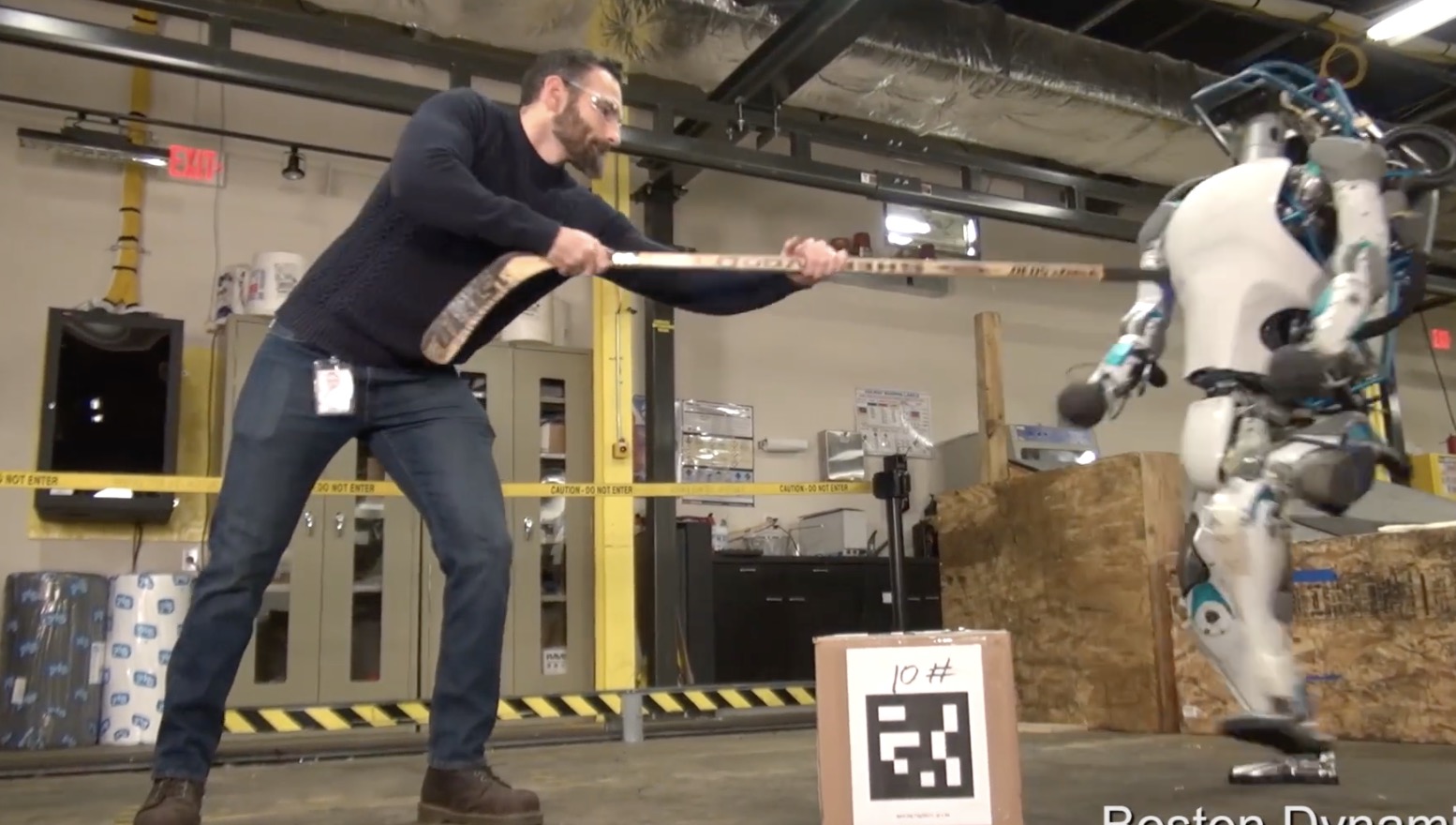 This is how humanity dies. Alright. I thought maybe we’d get there, but now it looks like we’re going to bring about a well-earned robocalypse on us. Assuming that we somehow manage to survive and develop a man-machine interface, we’re golden. But until then, Questor Imperialis remain tantalizingly out of reach.

Who do you think is going to win the fight? Megabot or Kuratas? Or do they team up and begin the robot revolution?

Author: J.R. Zambrano
Bell of Lost Souls Staff Writer and DM, J.R. covers RPGs of all stripes and on occasion eats sandwiches. You can ask him about either at [email protected]
Advertisement
Editorials Imperial Knights Videos Warhammer 40k
Advertisement