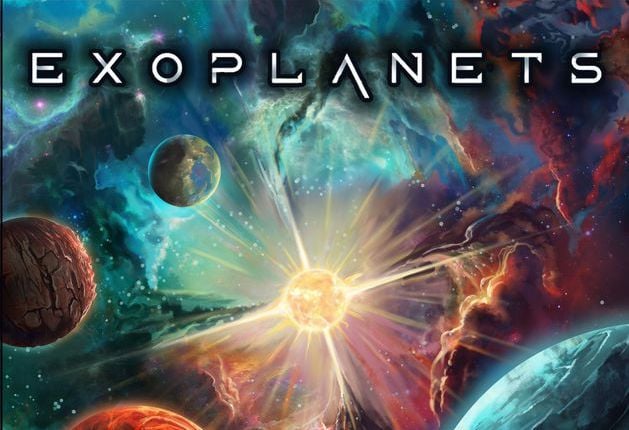 Manipulate a planetary system and influence the creation of life in Exoplanets!

Our friends at Dragon’s Lair Comics & Fantasy are big fans of space games, just like us. We got our hands on a copy of Exoplanets and we’ve been planning to stream it on our Twitch Channel, but the game is actually out now and in stores so lets take a look at Exoplanets:

In Exoplanets, 2-to-4 players are working together to create a planetary system. At the same time, you are also trying to acquire Command Points and complete your own personal tasks. It’s very much a game about cooperation and competition – or “co-opetition” because you’re all trying to create a this system and build in synergy between these celestial bodies. However, at the end of the game only one player will be declared the winner. 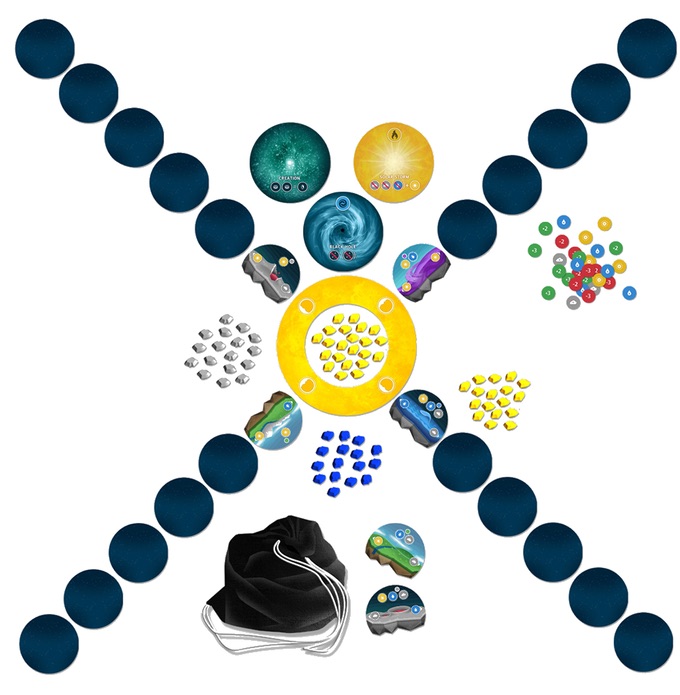 The basics of gameplay are that players are attempting to place planets in complimentary ways and gather those resources. Some planets can convert energy from the star into valuable life giving resources. Generating life on a planet can open up lots of new possibilities and help you to explore options. There are also side goals you can attempt to complete for bonus points as well. Their is real strategy involved here because you can use your turns to attempt to block your friends from completing their objectives as well. The game play is quick to learn and games don’t take terribly long, but it’s very engaging at the same time. This is one of those games you’ll want to play a few times in a row and each game will be different and dynamic as players have to adjust their strategy on the fly.

Exoplanets is a pretty neat game. If you like terraforming, sci-fi, and the ability to simultaneously work with AND against your friends, then go check out Exoplanets! 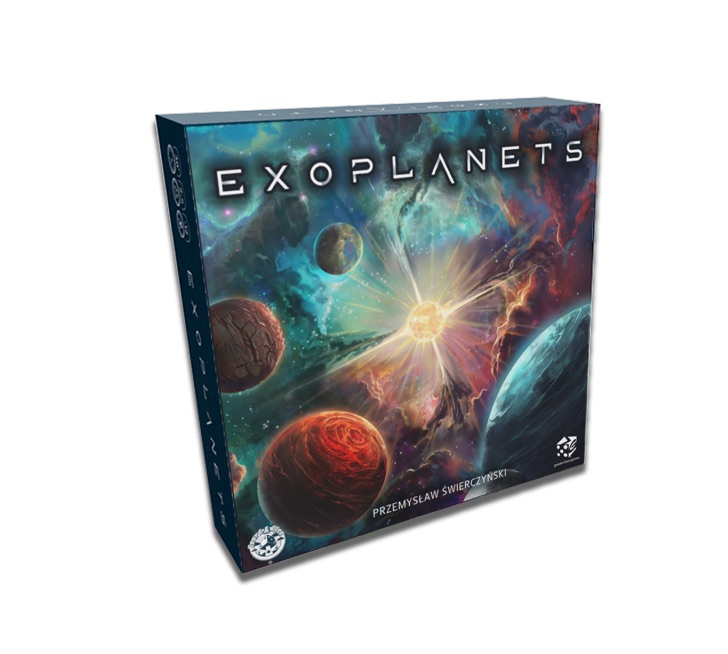 Exoplanets is a dynamic game for 2-4 players, wherein each player contributes to the creation of an entire planetary system. Each player’s role in Exoplanets is to expand the system by adding new planets, create and evolve life forms, and fulfill various tasks. To fulfill these tasks, you will manipulate the planetary system in any way necessary, potentially altering the relations between planets and possibly even the life-giving star at the system’s center.

In Exoplanets, players will use their terraforming skills to create planet interdependencies, which will provide valuable resources. These resources will allow players to create new life on the planets’ surfaces, and help them to evolve those life forms into new species. While developing the solar system, players will also obtain space tiles which will allow them to influence planets, possibly making the game easier for themselves or more difficult for their opponents.

Eventually the available collectible energy of the star will be depleted, signaling the end of the game. A player wins by having the most Creation Points after the star is depleted. Points are gained for the creation and development of life on planets and for the execution of unique goals that are discovered and achieved during the game.

Author: Adam Harrison
Writer, Editor, Texas Native, and Austinite for 15+ years, Adam covers all things Tabletop Gaming. Which includes Warhammer 40,000, Age of Sigmar, D&D, Board Games and everything else that involves dice, boards, cards and a table. A hobbyist, player, and collector of miniatures and games, Adam's current obsession are his Death Armies for Age of Sigmar, his Blood Angels and Tyranids for 40k, and his ever growing Arkham Horror: The Card Game Collection.
Advertisement
Board Games GreaterThanGames Sci-fi Tabletop Spotlight
Advertisement