Ramming Speed! The Hammerhead Corvettes are here and we’re taking a deep dive into their expansion pack for Star Wars Armada!

Sometimes, you just need to fire-up the engines and ram stuff. The Hammerheads are great for that – but if you want to solve problems in a less orky manner, you can also watch our video below and get some suggestions from our own Stable Abe on how to use them:

The Hammerhead Corvettes were some off the stand-out ships in Star Wars: Rogue One in my mind for one particular scene. I won’t get into it, but they executed a maneuver that I find myself frequently performing in Star Wars Armada quite a bit. That said, these Corvettes do have some very useful other battlefield roles which the Rebels can really take advantage of. 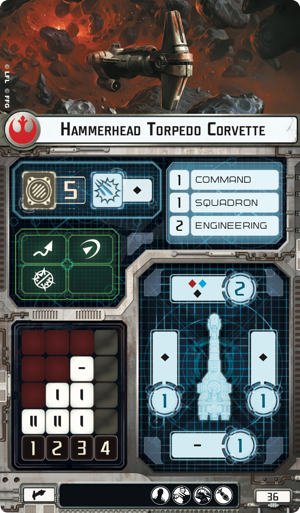 The Hammerhead Torpedo Corvette, for example, can be a mean ship at close range. You could use Admiral Raddus to drop in a ship (or two) at super close range and unload up to 6 black dice. That…that is going to sting no matter how you slice it! 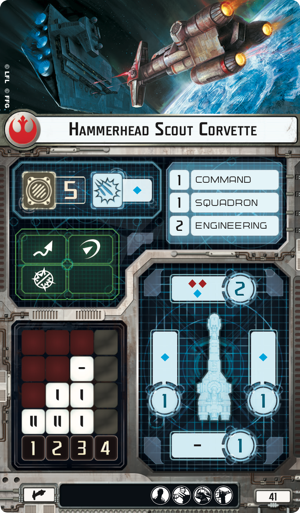 The Scout version would prefer to stay back and shoot at longer ranges. With the right upgrades you could add some extra blue dice to really up the firepower and make it a decent threat for cheap points. 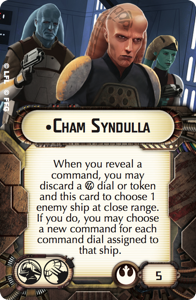 Cham Syndulla is another new upgrade that comes in the expansion. His ability can really, REALY mess with an Imperial Star Destroyer. Forcing them to use the command dials that you want can really force your opponents into some dumb situations – we love it!

If you’re looking to add some new tricks to your arsenal and really take advantage of the new Task Force cards, we recommend running a few sets of these ships. And if you’re looking for an more in depth analysis of the Hammerhead ships, we’ve got one written-up already so check it out! Aside from that, the ships themselves are really sharp looking. FFG continues to impress with the line and color work on all of their pre-painted ships. 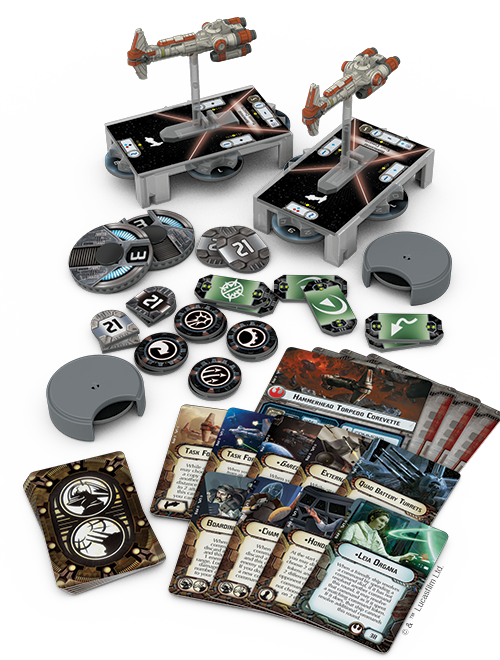 One last thing that makes this particular expansion unique is the fact that it’s two full ships worth of “things” – these are not like the flotillas. You don’t have to run the ships together, but you can – and in most cases, you’ll want to so you can get the maximum usage of the Task Force “titles” in the set. The Hammerhead is a pretty solid addition for the Rebels and worth picking up a pair as a good tactical swap from your CR-90s, so give them a shot! 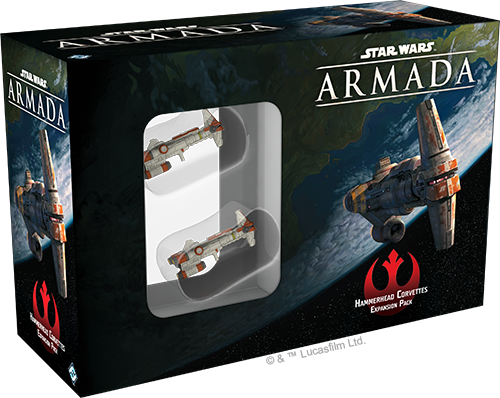 Take a bite out the Empire with the Jawesome Hammerhead Corvette! It’s Totally RAD(dus)!

Author: Adam Harrison
Writer, Editor, Texas Native, and Austinite for 15+ years, Adam covers all things Tabletop Gaming. Which includes Warhammer 40,000, Age of Sigmar, D&D, Board Games and everything else that involves dice, boards, cards and a table. A hobbyist, player, and collector of miniatures and games, Adam's current obsession are his Death Armies for Age of Sigmar, his Blood Angels and Tyranids for 40k, and his ever growing Arkham Horror: The Card Game Collection.
Advertisement
FFG - Fantasy Flight Games Miniatures Star Wars Star Wars Armada Unboxing Videos
Advertisement 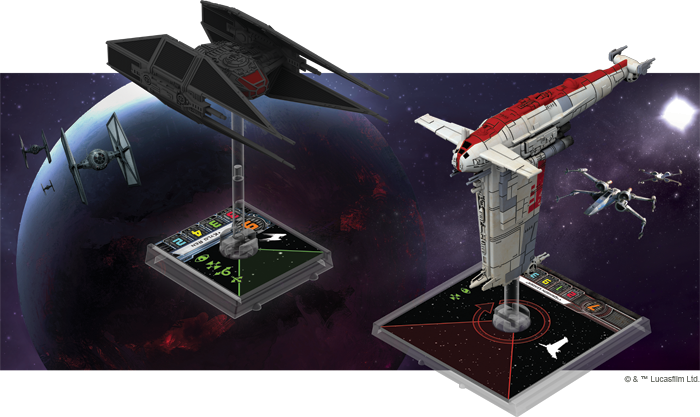