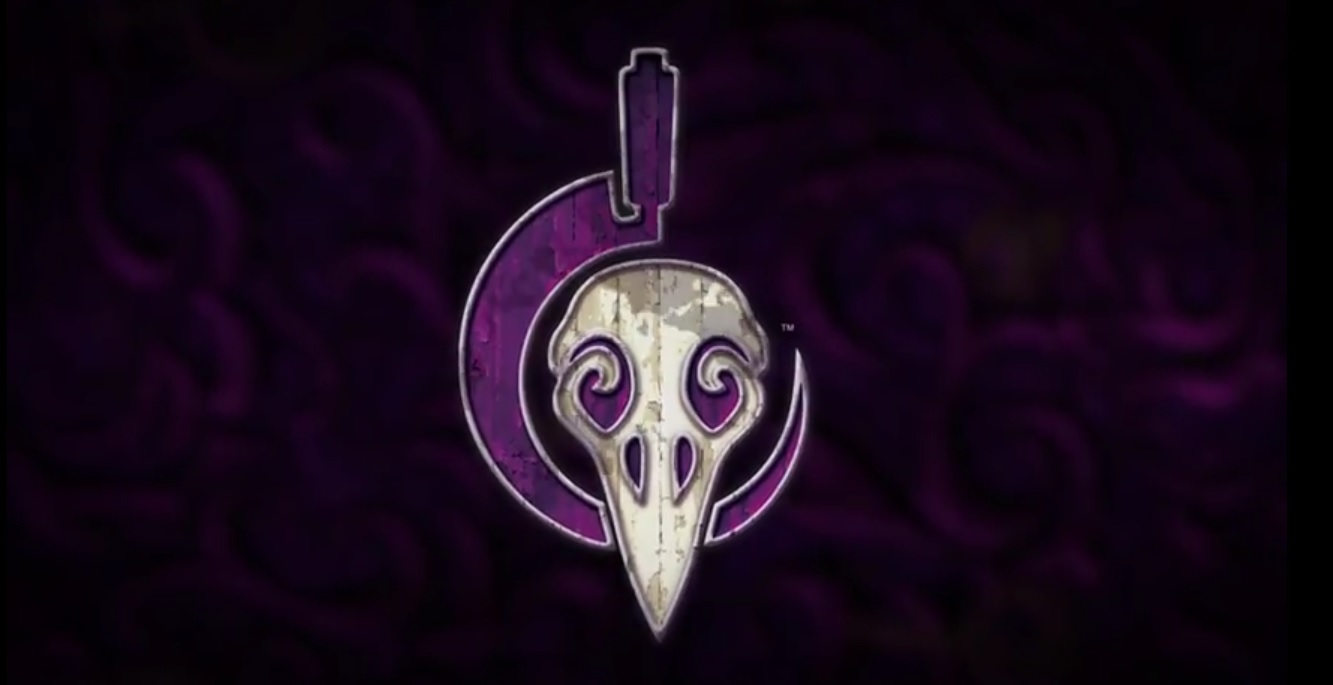 Ranking the top three Grymkin Warlocks in Warmachine and Hordes.

This Week, our final Faction best of the best Grymkin. That means that next week is the grand finale: comparing faction-to-faction. But let’s not get ahead of ourselves! Bring forth the rampant speculation. I’ve played against Grymkin more than a few times, but still hardly the expert. But that can’t stop our need for completeness! These are my initial thoughts and hunches, so of course take them with a grain of salt. I think for a while every Grymkin Warlock can be effective as people learn to face the faction. I’ll still give the nod to these initial “leaders”.

So let’s get right to it! The following are my list of the top three Grymkin Warlocks in Warmachine and Hordes. At the end is a bonus “Dishonorable Mention” for the worst of the Grymkin nightmares. 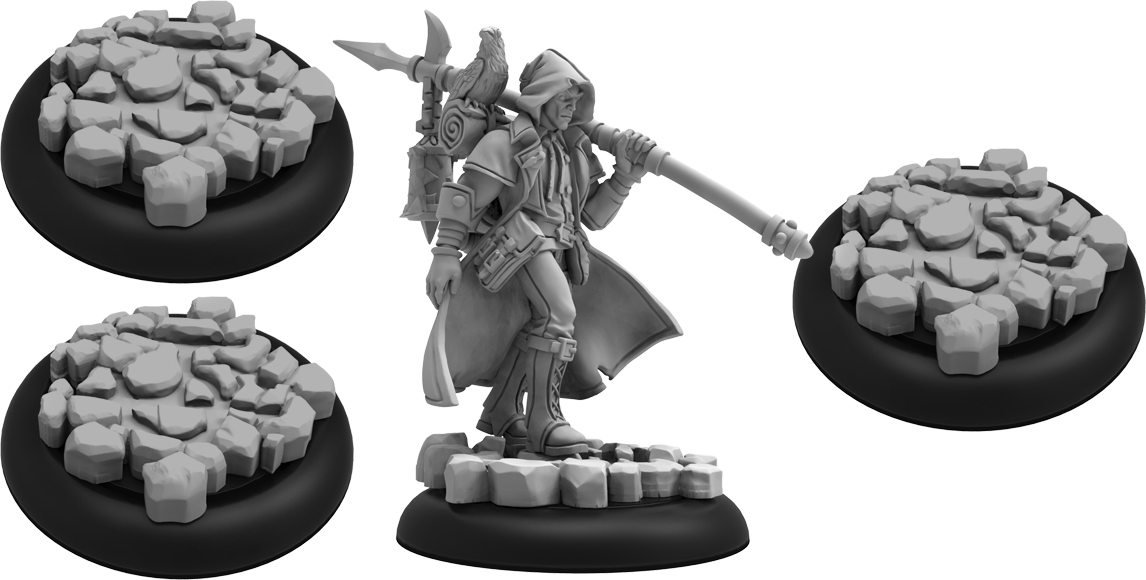 The Wanderer is up here not so much for what he accomplishes, but more for what he enables his force to accomplish–which is certainly the Grymkin thing. In particular, this Warlock makes his higher defense models shine. Between a relatively high DEF heavy in the Skin & Moans, to a threatening high DEF light like the Rattler, to infantry options that hit the 13 mark, he’s got pieces that match him. Take the 13 DEF of these, add in Fog of War to give them higher defense on the approach, and layer with Star-Crossed when the opponents get close to really punish the opponent’s ability to remove your stuff. The Wanderer’s force is going to get work done through sheer ability to be around to attack.

He also carries some strong defensive tech, so him being up the battlefield handing out that Star-Crossed bubble isn’t so fragile. With his road markers to penalize enemy movements, he can stand much closer than many Warlocks normally do. That means all the more reach for his Star-Crossed bubble. His Trump Arcana also gives him a great safety bail-out, that puts even stumbling drunk Borka1’s defenses to shame.

He also helps his force on the attack side. Veil of Mists is costly but can navigate many terrain problems that his force might face. Repudiate is a great two-way spell that can help get rid of enemy upkeeps and animi. And finally his lantern has Beacon and lowers the defense of models hit in the spray–enabling his supporting models to more easily get into and finish anything that he manages to tag. He’s a strong defensive warlock that will keep his army in the fight longer than the opponent is used to, making for a strong attrition and scenario presence. 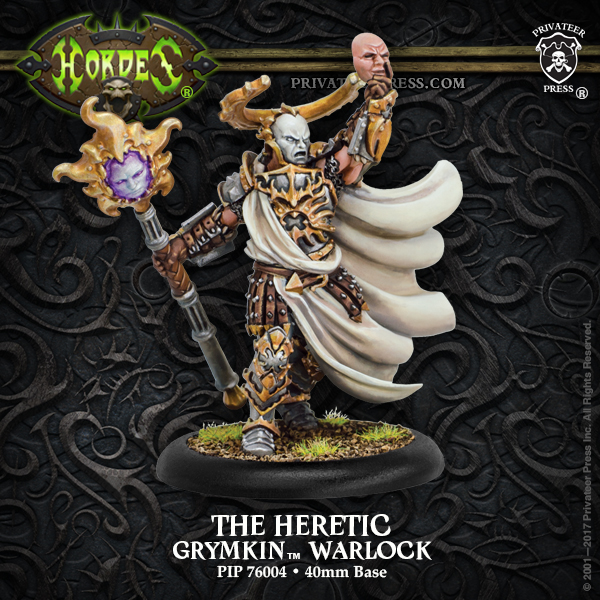 The Heretic is in the main army box, so he’s probably the one that players–both Grymkin and non–are most familiar with. And that familiarity isn’t a limitation by any means–it’s a strength. The Heretic packs some real power, and most importantly can work with a variety of play styles. He can enable infantry or beast-heavy approaches in different ways. With a strong and reactive package of abilities, he’s just a solid faction leader.

The Heretic’s Trump Arcana is perhaps his clearest boon. +2 to Hit and Damage is a big swing, and being able to leverage it when you choose against the model you choose is great. Furthermore, if you can plan well and finish off the model, it passes to another (and another). Not every turn will live the dream and see you pass it across 8+ different targets completely decimating your foe. But if it lets you slice out the offending piece and then some other critical part of the enemy’s force? It’s a win Arcana use. He ups the power of this even more by leveraging spells that increase the ability to make this pay off. Fury straight-up provides more damage. Gallows draws a key piece to range where the Arcana benefit can be used by more of your force. Hex blast strips defensive abilities. And if you’re really lucky, your opponent casts some spell that might help you–and you get to cast their spell thanks to the Heretic’s Godlike Power ability.

This Warlock is also no slouch when it comes to defenses. He’s got a good enough stat line with some innate defensive protections against common assassination enablers: knockdown, blind, backstrike. He also cannot be targeted by enemy spells, which helps greatly in keeping your Warlock alive. His other spells, Rebuke and Wall of Fire, also help him keep enemy infantry well at bay–protecting both himself and his force. He’s a solid multiple-threat Warlock, and I hope no one is shocked to see him high on the list of Faction best.

Number One: The Dreamer 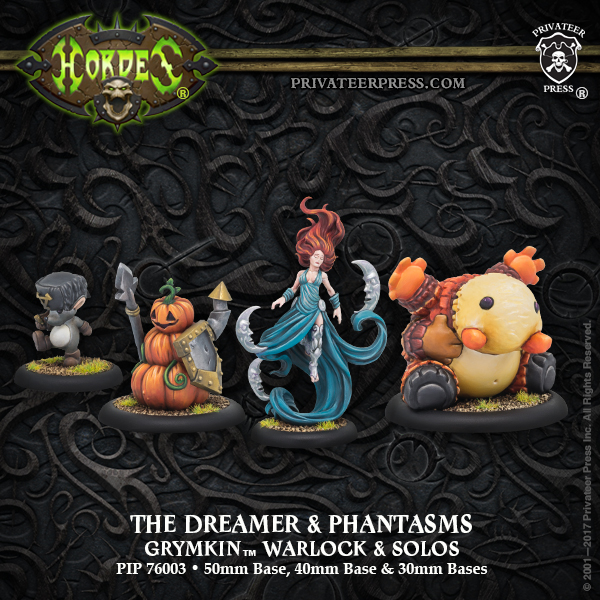 So why list the Dreamer ahead of the Heretic? Flexibility of play. The Dreamer has an amazing (and complicated) kit, and as players practice her they’ll learn considerable new ways to leverage her attacks. The element of flexible surprise is a critical power itself, and the Dreamer has it in droves. She may be entirely dependent on her force to get work done, but she sets up all manner of traps through them.

The straightforward parts of the Dreamer are solid enough. A Trump Arcana that knocks down enemy models who destroy or remove yours. Enfeeble, a debuff (with multiple methods to get it channeled onto a foe) that sinks both Hit and Damage on the target model/unit. And of course Manifest Destiny to enable her battlegroup to absolutely ruin opponents in melee. Watch out for Rattlers with her to be sure.

But then there’s all her tricksy kit that really puts her up. Remove the right enemy model and she’s got a handy source of Bulldoze to open attack vectors or control scenario elements. At any point things look threatening to her, she can have a turn of being incorporeal (can’t do two in a row, but still powerful protection against many threats). Her ranged weapon, which she can use in melee as well, can hand out stationary to warrior models with relative ease. And with Future Sight, she can fish for crits with Fury efficiency, enabling all manner of moves and attacks using your enemy’s pieces. With Abyssal Gate as a pseudo-telekinesis, artifice of deviation to slow opponents or protect friendlies, and Mirage to give a model or unit increased and non-linear threat? That’s a whole stack of powers that, once unlocked, will really be devastating on the battlefield. And then don’t forget whatever other Arcana she ends up choosing to really put the hurt on the foe. The Dreamer is a flexible Warlock, and that earns her the top spot on my list. 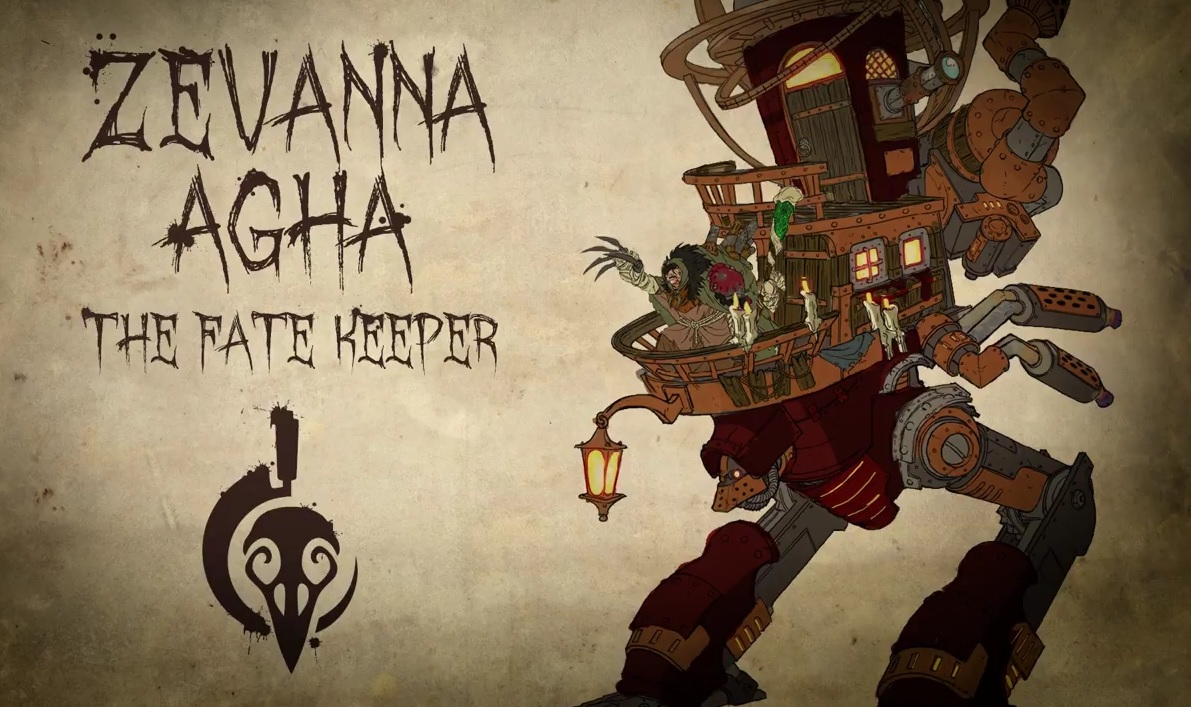 Stop sharpening the knives. Old Witch 2 is going to be a solid Warlock for the faction. She’s got a lot of abilities that really make her effective on her own. And she can syngergize with lots of pieces in the faction. She’ll be great, don’t fret.

So you’re probably wondering why she’s listed here? Because she doesn’t have the Arcana that the other warlocks in faction have. That’s plain and simple a limitation. Her Feat is good, sure. It’s maybe even better than good. But the real power that Grymkin are likely to have for some time is their Arcana. Until opponents get enough reps against it, Arcana is going to be decisive. It’s going to cause opponents to hesitate, empower your own force, and simply cause them to burn their clock or be cautious with engagement. So the fact that she is the one Warlock that doesn’t have access to that resource? I think that simply limits her in the current meta.