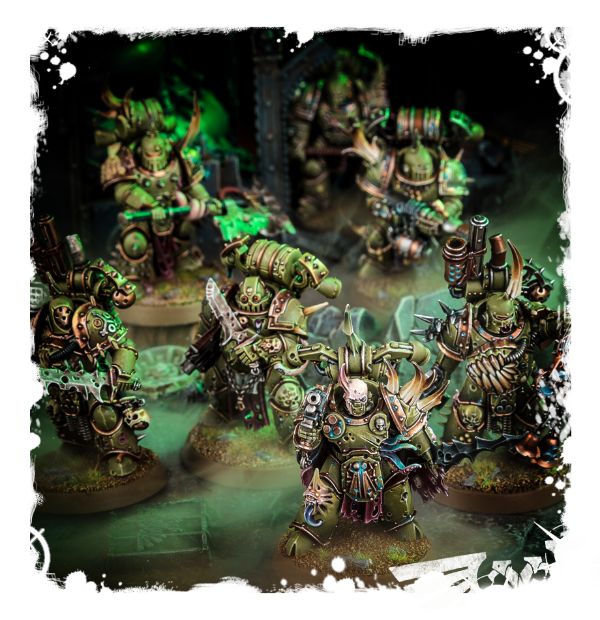 The Plague Marines have invaded stores everywhere – come take a quick look inside the box!

It’s official – the Plague Marines are in stores now. Our friends at Dragon’s Lair Comics & Fantasy brought over a box to check them out in all their plague-filled glory!

In the box you can expect to find 3 sprues for the 7 miniatures you can create inside. You can also build them as different options, but for the most part we considered them dual pose models. They might not have as many different positioning options as a Space Marine kit, but what they lacked in poses they more than made up for in character. These models are full of details and each one tells a story and has a unique look about them. So while you might only have 7 Plague Marines they are going to look vastly different from each other. 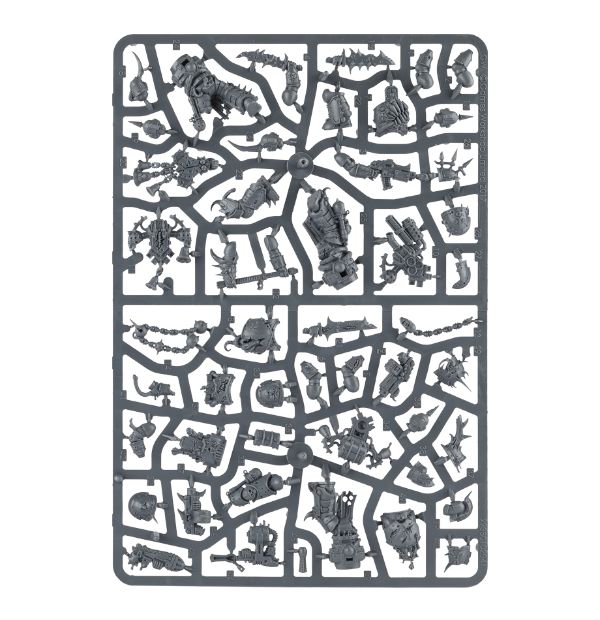 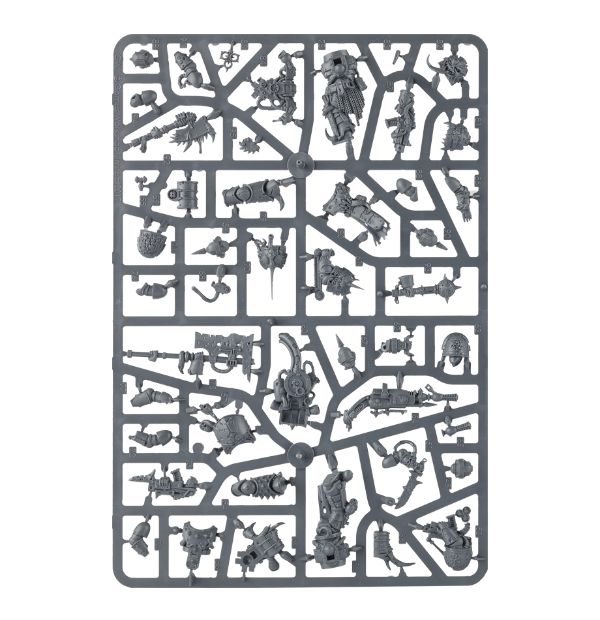 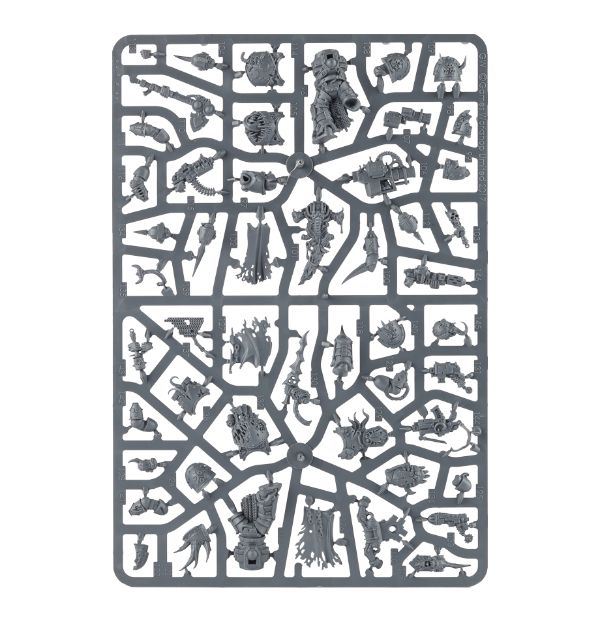 We were pretty impressed with them the first time we got a box. They come with a ton of options in their rules section and are going to be a pretty versatile unit on the tabletop. They are tough and be loaded out to handle most combat roles. Plus their armor has mouths with really sharp teeth on them – so you know they are hungry for pain! The Plague Marines are out now so pop in to your FLGS and pick up box for all your Nurgly Needs. 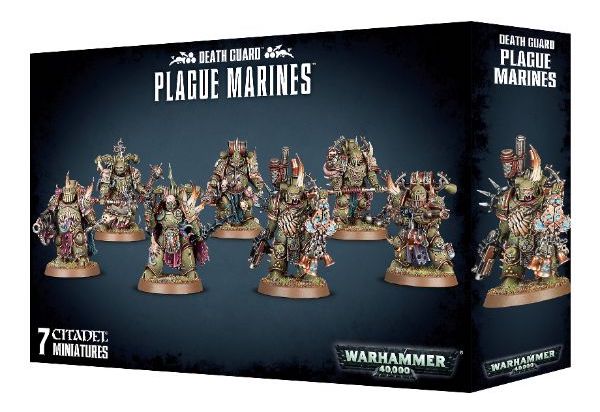 Bloated with festering corruption, Plague Marines form the mainstay of the Death Guard, and unlike many Traitor Legions their numbers have only swollen as the millennia have passed. Sworn to Nurgle’s service, Plague Marines have disgusting, rotted bodies that stink of decay. The putrescent slime that oozes from their sores corrodes armour boils away skin, yet despite their horrific disfigurements they are fearsome warriors indeed.

Author: Adam Harrison
Writer, Editor, Texas Native, and Austinite for 15+ years, Adam covers all things Tabletop Gaming. Which includes Warhammer 40,000, Age of Sigmar, D&D, Board Games and everything else that involves dice, boards, cards and a table. A hobbyist, player, and collector of miniatures and games, Adam's current obsession are his Death Armies for Age of Sigmar, his Blood Angels and Tyranids for 40k, and his ever growing Arkham Horror: The Card Game Collection.
Advertisement
Chaos Marines Death Guard Games Workshop Miniatures Tabletop News Tabletop Spotlight Videos Warhammer 40k
Advertisement