It’s been a long time in the making – Games Workshop, unleash the real rockers of 40k with Codex Chaos Daemons!

Codex Chaos Daemons is slated to be the first new codex for 2018. We’re pretty pumped about it, not because we’re devotees of chaos (that would be heresy), but because it would be the perfect time to bring back the rock-stars of 40k: Slaanesh! 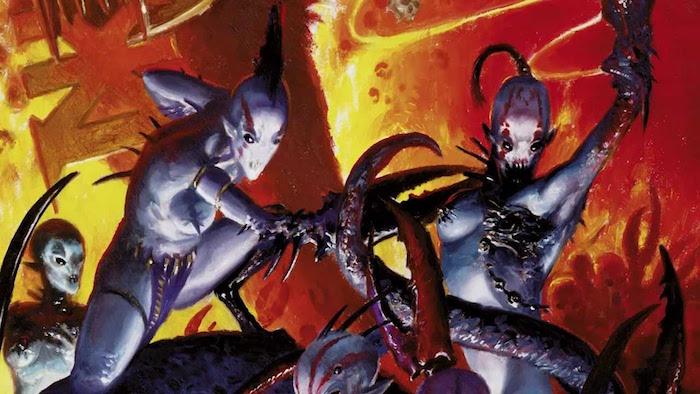 Slaanesh has been AFK from a long time in the 40k universe. Sure, we still get rules for the daemons and it’s hard to argue that the Emperor’s Children aren’t totally rocking – but is anyone else getting tired of the Blood/Skulls/Guts from the Chaos Gods? I know at least one of them is up for some change…

After the events of The Gathering Storm and the birth of Ynnead, it seems like the Eldar are gearing up for a fight against their ancient foe. However, it seems pretty one sided. The Eldar have a oft-skipped rule that lets them “do better” against Slaanesh units, but it hardly comes up. Why? Because no one uses Slaanesh! That seems pretty lopsided to me. Don’t you think it’s time that Slaanesh got some love so that the Eldar would have a worth foe?

We all know the story that Khorne and Nurgle historically outsell Tzeentch and Slaanesh. We understand that it might be betting on the long shot to invest in Slaanesh at this point, but something has got to give. Heck, last January Tzeentch got a whole month! Nurgle got some love when the Death Guard came out. And the upcoming codex has Khorne on the cover AGAIN:

So when will Slaanesh get a turn? Folks on the interwebz have been speculating that maybe, just maybe, when the Aelfs get a revamp for AoS and GW FINALLY reveals what’s been going on with the Dark Prince in Sigmar’s turf, that we might see the return of Slaanesh, too. But how long is that going to take?! Forever, that’s how long! I can wait until January, but forever…that’s like at least next June! We’ll all be dead by then from old age!

In all seriousness, I really do hope that Slaanesh gets a turn sometime in this edition of 40k. Mainly because I want to know what’s going to happen when the Yncarne goes heads-up vs Slaanesh. Games Workshop has been moving the plot forward and setting the game up for the next 30 years – we see that in the new lore and background that’s been coming out with each codex. I’m crossing my figures that we’ll see some new info about Slaanesh in the new book, too.

I wouldn’t be surprised if Fulgrim even gets a nod in the book, just like the CSM book. It’s gotta be a matter of time, right? I mean, he IS a Daemon after-all…Plus, I’m trying really hard not to judge the book by it’s cover. So come on GW, give us some info about Slaanesh!

What do you think the Dark Prince of the Chaos Pantheon has been up to? Did Slaanesh go on vacation? Maybe sleeping off that food-coma? Tell us your theory in the comments below!

Author: Adam Harrison
Writer, Editor, Texas Native, and Austinite for 15+ years, Adam covers all things Tabletop Gaming. Which includes Warhammer 40,000, Age of Sigmar, D&D, Board Games and everything else that involves dice, boards, cards and a table. A hobbyist, player, and collector of miniatures and games, Adam's current obsession are his Death Armies for Age of Sigmar, his Blood Angels and Tyranids for 40k, and his ever growing Arkham Horror: The Card Game Collection.
Advertisement
Chaos Daemons Games Workshop Warhammer 40k
Advertisement 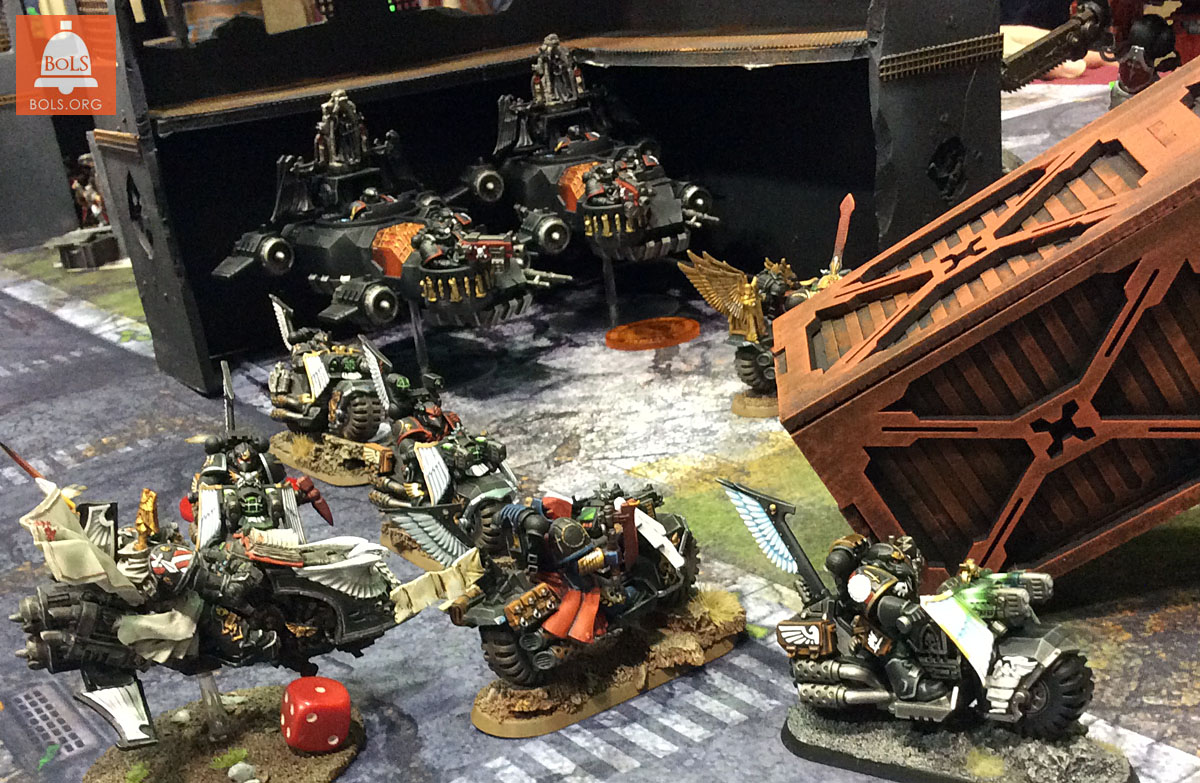