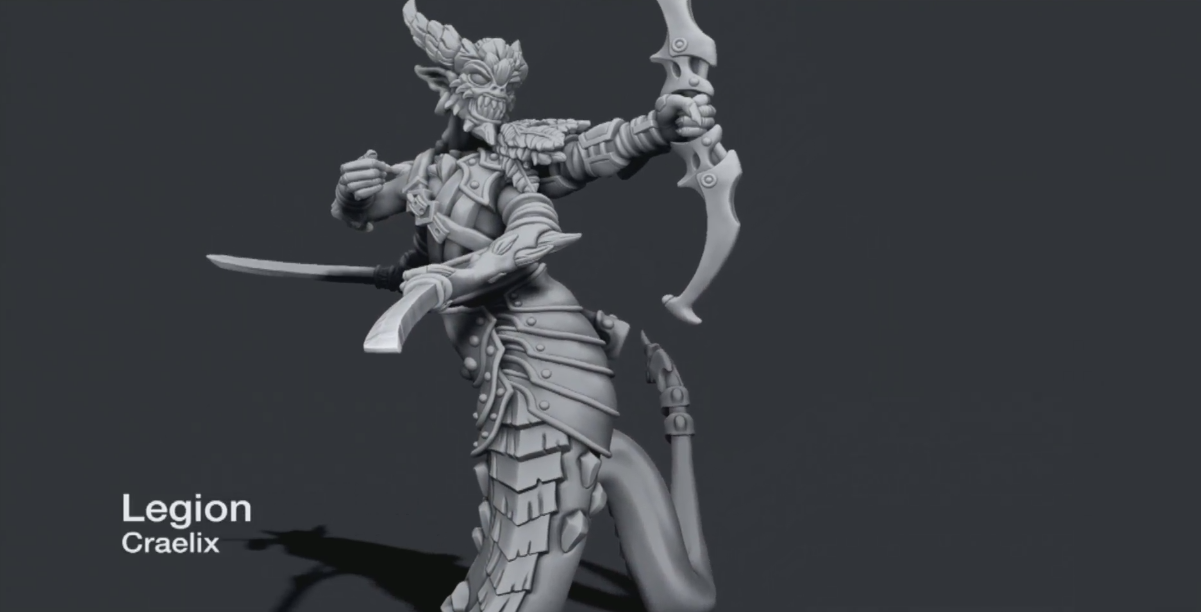 Legion has a hot new sniper solo ‘Craelix’ hitting the battlefield.  Lets check him out.

Legion is already known for some sick sniper solos in the deathstalkers and other great ranged bow fire damage from  raptors.  This new many armed solo is a great addition to your deadly sniper like shots.

As you can see on Craelix card he has ok SPD with Pathfinder and above average RAT with elite level defense.  At 6 points he is a little pricey.

He is armed with a magic longbow ROF3 which is nice to have these days vs cryx and respectable melee at 2x POW10 for a primarily ranged solo. 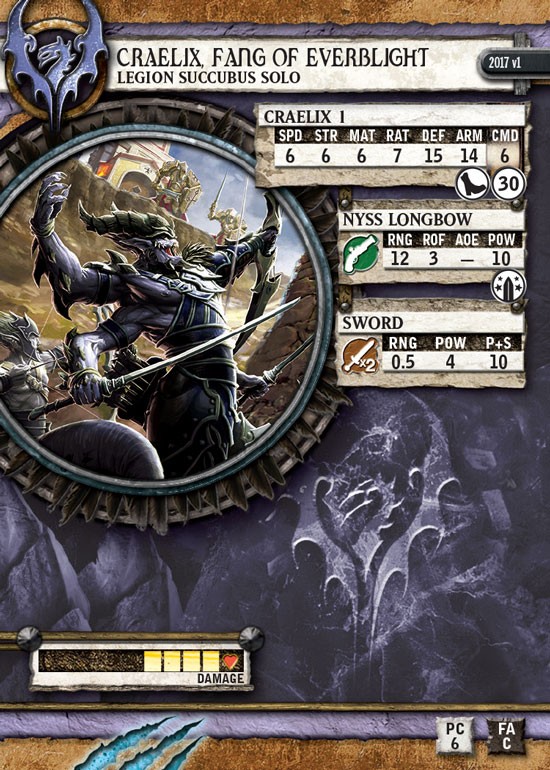 This Children of the Dragon list has some really annoying character heavies with a decent amount of support shooting to back it up.  Better yet, with 2 units of archers to hide behind, Craelix will have not much to fear from enemy ranged attacks.  It also can be kind of tanky with Typhon and Zuriel in the frontline with Thagrosh -Str Aura combined with the Weaken shot of Craelix. 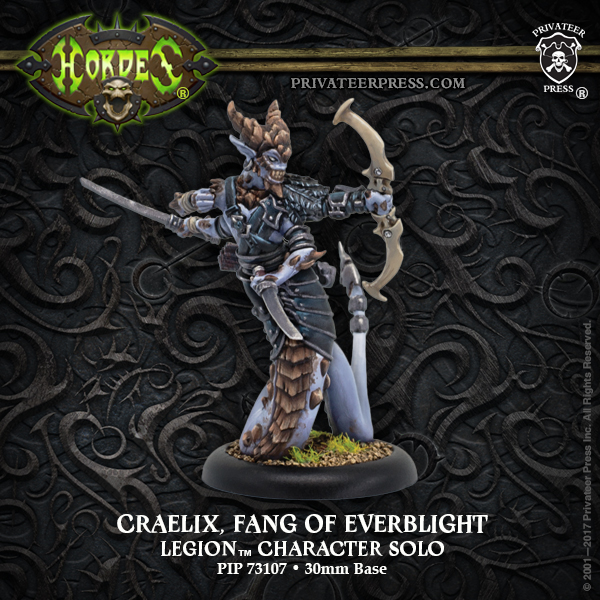 I like Craelix and think he can be a nasty solo.  I do believe you need to take a unit of Archers to keep him from being picked off to early.  Watch out for blast damage as he can’t shrug that off and with that defense the enemy might miss easily.

~I give him a B+ wishing he was only 5 points or less restricted in other themes.

Author: Revenant
Revenant is a veteran tabletop wargamer with over 10 years of experience. His specialty is Privateer Press' Warmachine & Hordes gamesystem. He began writing for BoLS in 2009.
Advertisement
Legion of Everblight Rules Warmachine-Hordes
Advertisement 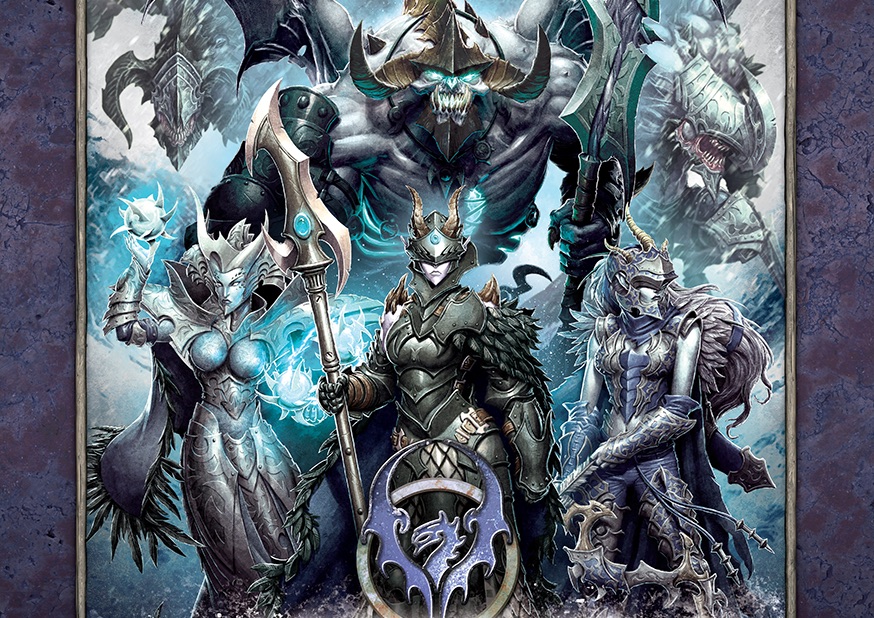