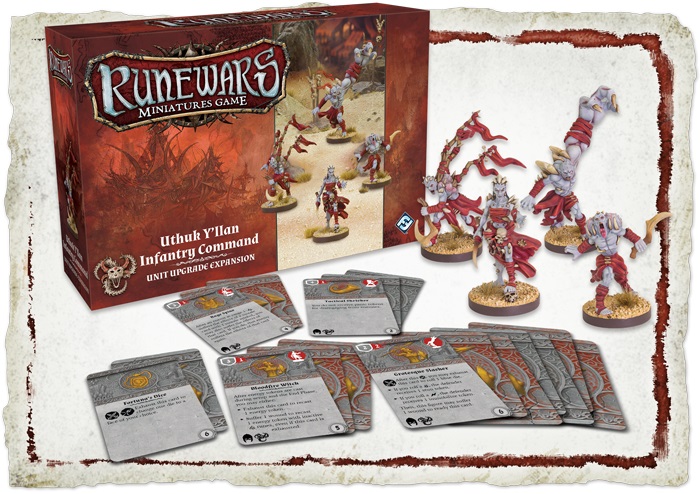 The Brutal Uthuk Y’llan are not without competent leaders. Just don’t cross them…Come check out their Commanders!

What’s big, nasty and full of the angries? The Uthuk Y’llan Infantry Command box! These demonic warriors are juiced-up on the rage-roids and can lead their forces to victory…just as long as you stay on their good side.

The Uthuk Y’llan Infantry Command box comes with 4 heroes you can add to your units to give them a little extra in battle. Each one has their own “gifts” they grant to the units. 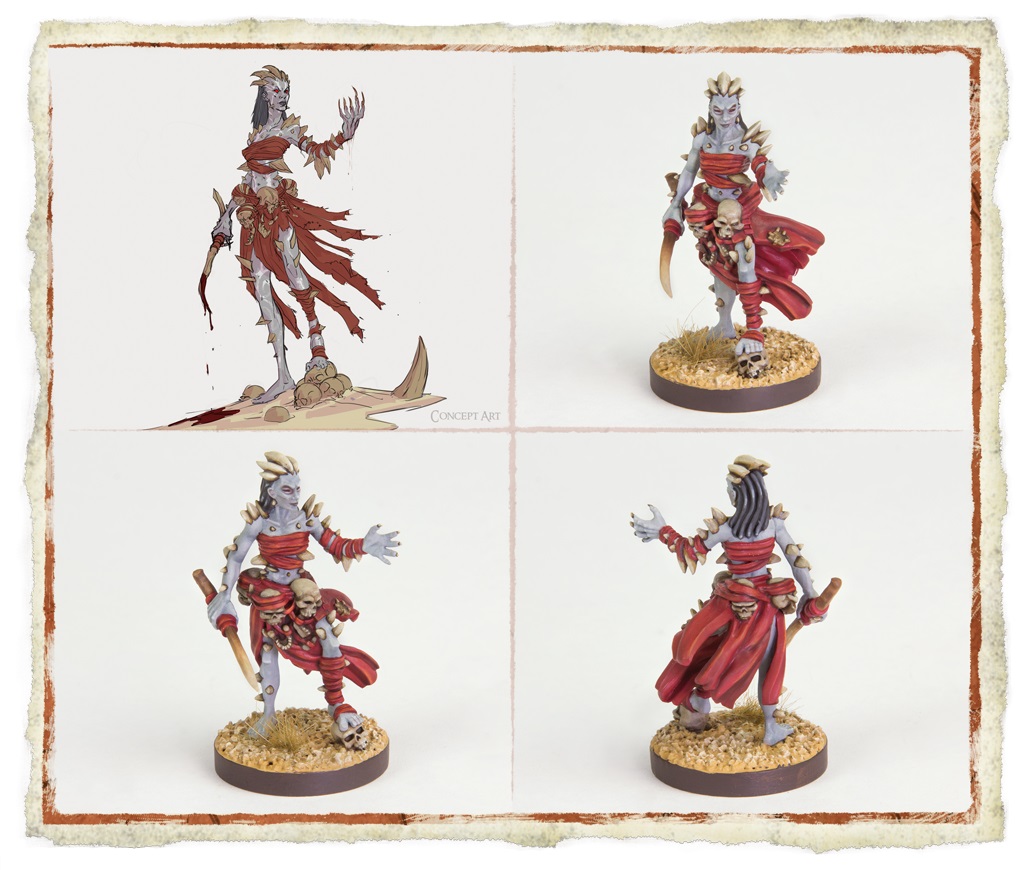 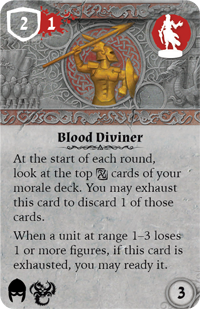 The Blood Diviner upgrade allows you to manipulate the morale deck. This can come in pretty handy for kicking out those cards that won’t benefit you very much. 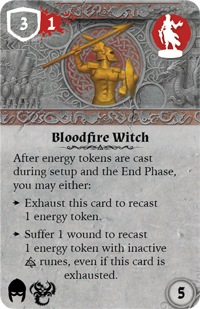 The Bloodfire Witch upgrade gives you a chance to recast energy tokens – this is great for trying to get a better draw or to even weaken enemies that rely on them to do other things. 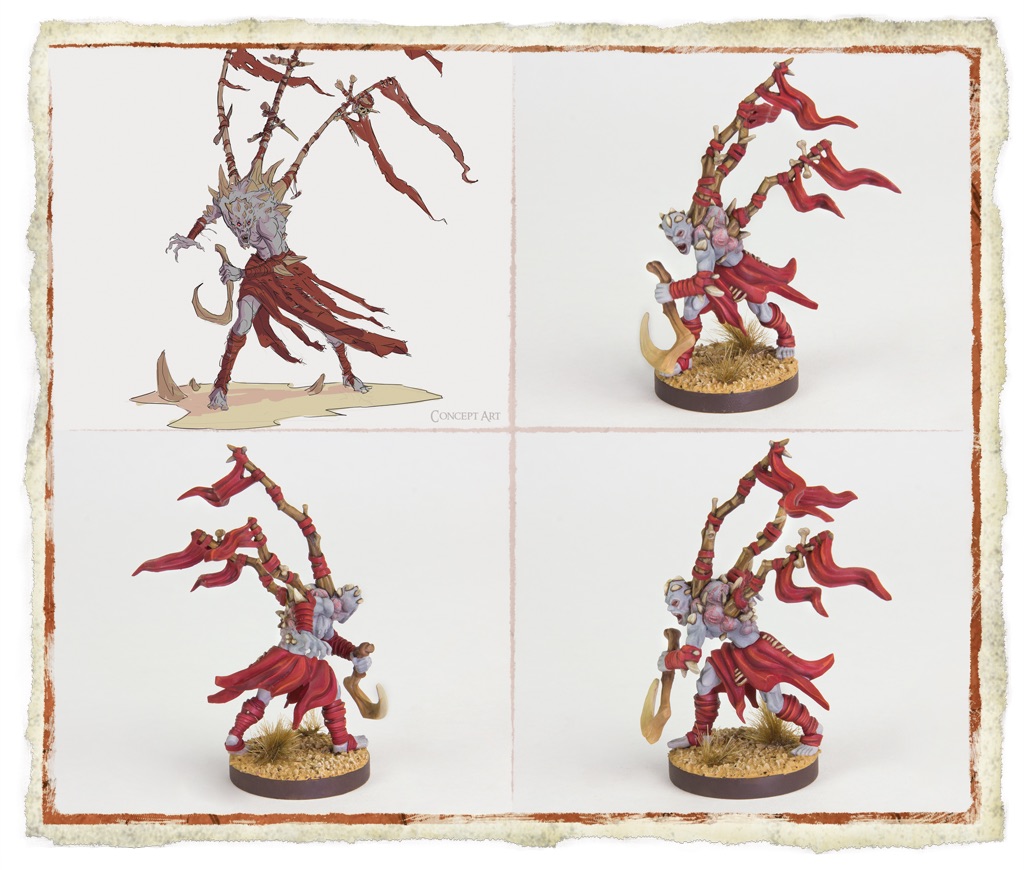 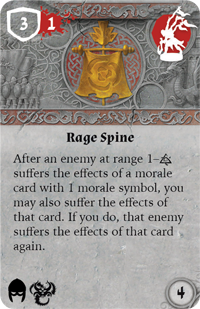 Rage Spines gives you the opportunity to hit your opponent twice with a bad morale card. This can be risky because it also triggers on you as well – but the Uthuk army has ways around that… 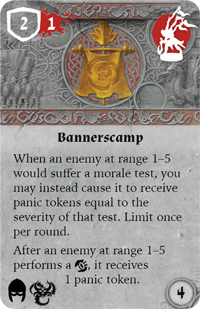 How about some bonus panic tokens! This can be pretty great if used in concert with other effects that do more damage with more panic tokens. 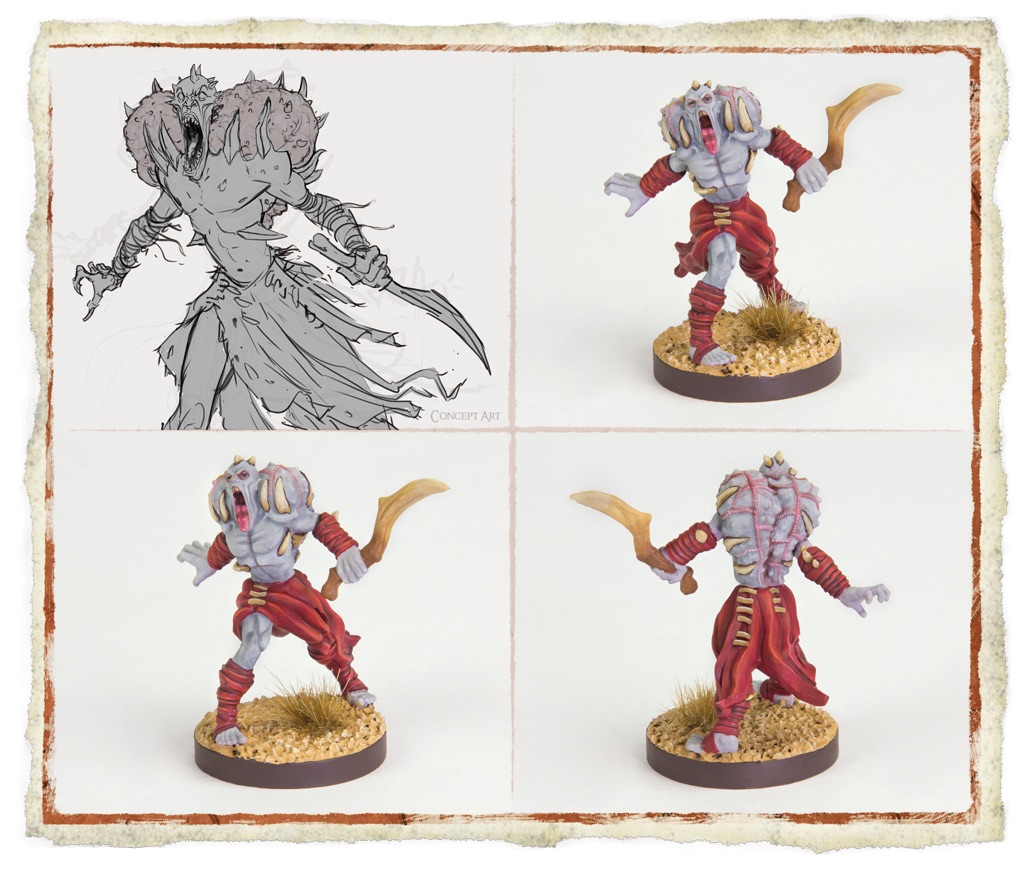 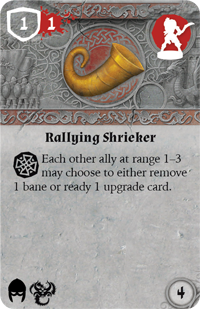 Hey, even the forces that are sipping on Ynfernael kool-aid need to rally sometimes. The Rallying Shrieker allows you to do just that by readying an upgrade card or removing a bane. 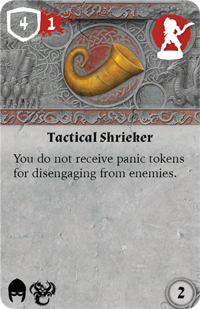 This one is pretty huge – it allows your forces to disengage with virtually no penalties. 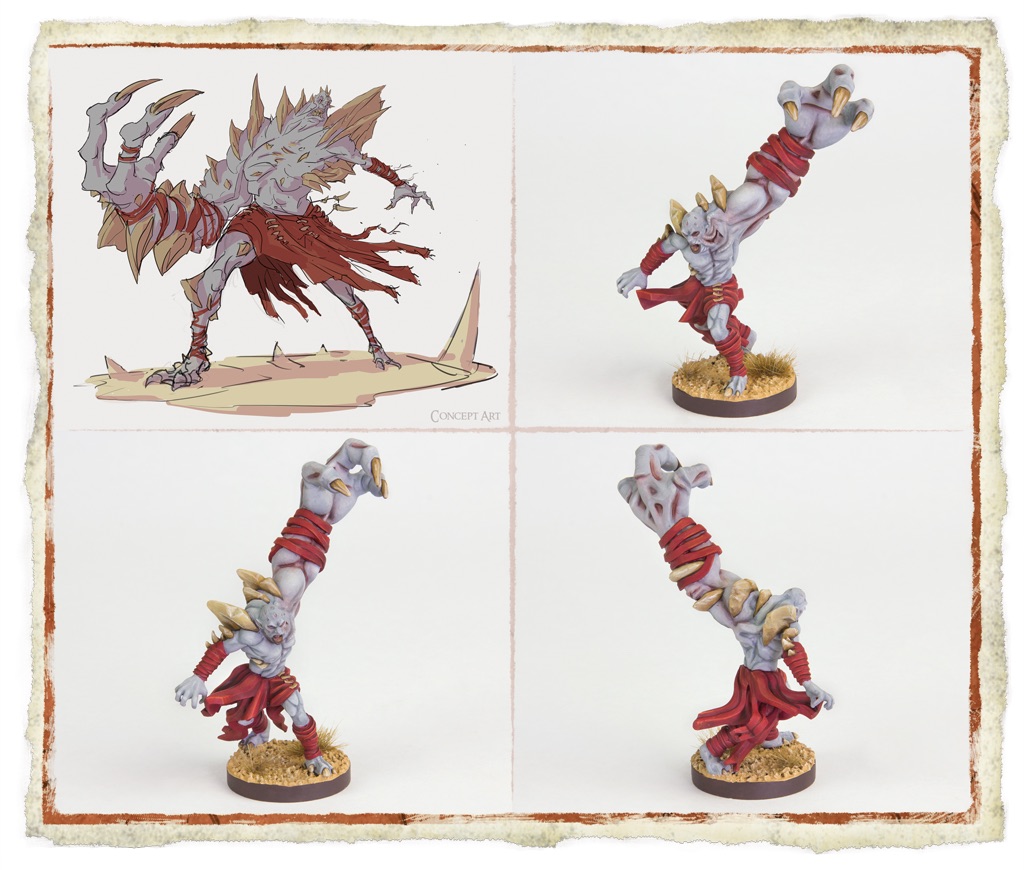 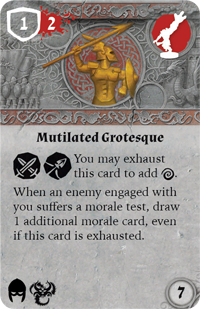 Why not make those pesky morale tests work for you. That’s exactly what this card does. 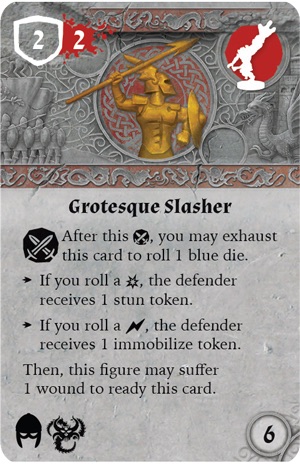 And the Grotesque Slasher card was previewed in another article but we figured, what the heck – let’s toss it in here for completeness sake.

The Uthuk Y’llan Infantry Command Unit box upgrade is coming to stores in Q4 of this year (so soon!) but you can also pre-order it now! 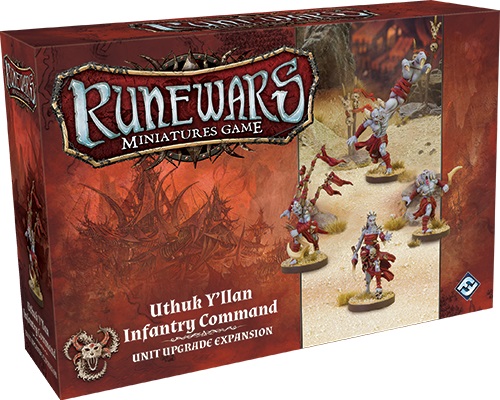 In case you were wondering, Ynfernael kool-aid tastes like burning.

Author: Adam Harrison
Writer, Editor, Texas Native, and Austinite for 15+ years, Adam covers all things Tabletop Gaming. Which includes Warhammer 40,000, Age of Sigmar, D&D, Board Games and everything else that involves dice, boards, cards and a table. A hobbyist, player, and collector of miniatures and games, Adam's current obsession are his Death Armies for Age of Sigmar, his Blood Angels and Tyranids for 40k, and his ever growing Arkham Horror: The Card Game Collection.
Advertisement
FFG - Fantasy Flight Games Miniatures Rules Runewars
Advertisement