40K Lore: Who is Luther of Caliban

Loremasters, today we take a look at the man who was the greatest friend and the biggest threat to the Dark Angels: Luther of Caliban. 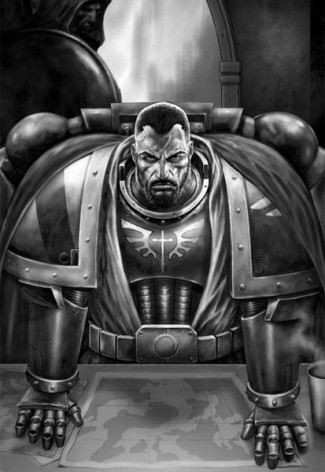 Because of these factors, Luther was ultimately left to manage affairs on Caliban while the Lion waged the Great Crusade. Luther had to deal with a rebellion by the disgruntled nobility of Caliban who had their peasant farmers and lands confiscated by the Imperium. A cabal of Chaos Sorcerers also infiltrated Caliban to bring further instability, and Luther was made aware of Caliban’s possible Warp-infestation. Luther became convinced that Caliban would be destroyed by the Emperor as soon as this was discovered and became paranoid that the Lion had deliberately kept this from him as a death sentence. His suspicions grew after he learned that a cult of Terrans were in the process of a daemonic ritual, which was narrowly stopped by Zahariel, a librarian who Luther had grown fond of.

These factors ultimately led to Luther betraying the Lion, rallying many of the Dark Angels on Caliban to his cause and killing any dissidents. After attempting to utilize the Chaos Cultists own powers to his benefit, Luther seceded from the Imperium, claiming the Lion had betrayed them by leaving them on Caliban while the Great Crusade continued. Luther took to reading the books of a destroyed knightly order who had studied the Warp. He put what he learned into practice – a notable example occurred when the Librarian Israfael attacked him with a bolt of lightning, and it simply dissipated.

Luther remains chained within the most secure cell of The Rock, guarded by Watchers in the Dark and his existence known only to the Supreme Grand Master of the Dark Angels Chapter, Commander Azrael, and those who held the rank before him. He is often used as an oracle to find the other Fallen. Azrael, like his predecessors, has attempted to make Luther repent for his crimes ten millennia earlier – but, like his predecessors, he has failed to do so. Luther only continues to rant and rave, claiming that Lion El’Jonson will come and absolve the Fallen, and that the day of the Lion’s return is close at hand.

For Ten Thousand Years Luther has been the second deepest secret within The Rock. But now, after all this time, he has escaped… 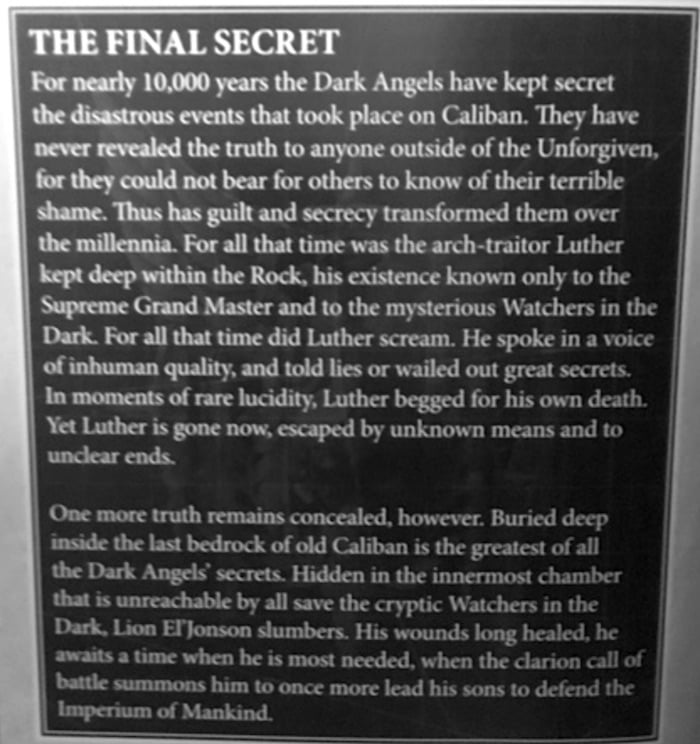 If you’d like to learn more about the Dark History of the Dark Angels, check out the Lexicanum!