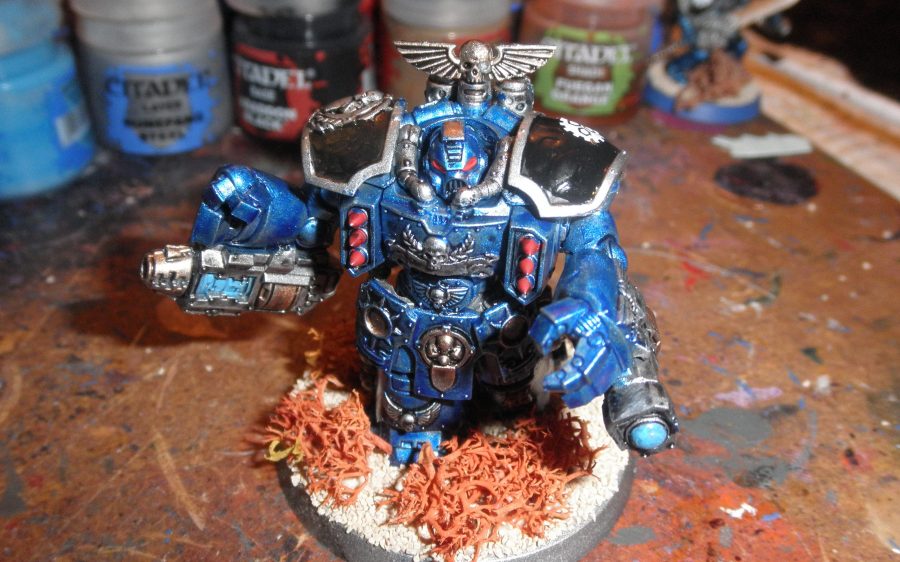 Before we go any further, full disclosure; all of the pictures in this article are models I have painted over the years.  So I am not speaking out of turn or from lack of experience.  My paint jobs may not be the highest of quality, but I have improved over the years, and use a minimum of five colors on anything I bring to a competitive table.  With that, let’s talk about painting around the competitive scene and elsewhere. 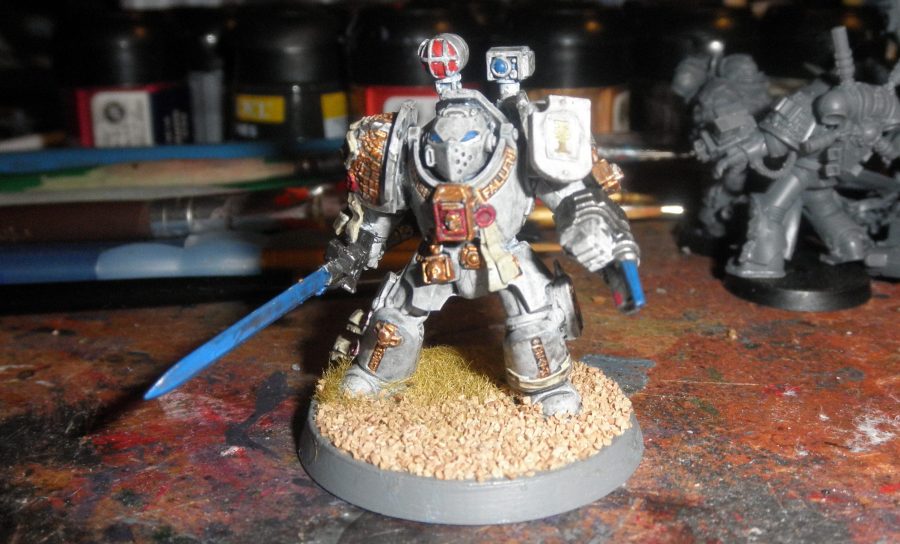 Out the gate, let’s discuss the false narrative of “if we require painted models or have a higher standard at matched play events, we will be keeping people from entering the hobby.”  Simply put: no, you won’t.  First, 8th edition itself has brought folks back to the hobby who have been absent for years.  The vast majority of them are hobbyists as well as gamers.  They understand that if they want a seat at the table, they need to bring well painted models.  The folks who will be put off are those that haven’t been coached what bringing a painted army to the table means.  So, Stormy, what does it mean?  It means you are invested enough in the game to take the time to prepare for participation in an organized event.  It means you have enough respect for the game and your opponent to show up with a base coat, a couple of highlight colors and a wash.  Not grey plastic, or models with a coat of primer, or over the top proxies, or bases that have not a single effort put into them.  Paint snob alert?  If you wish, but read the entire article before you judge. 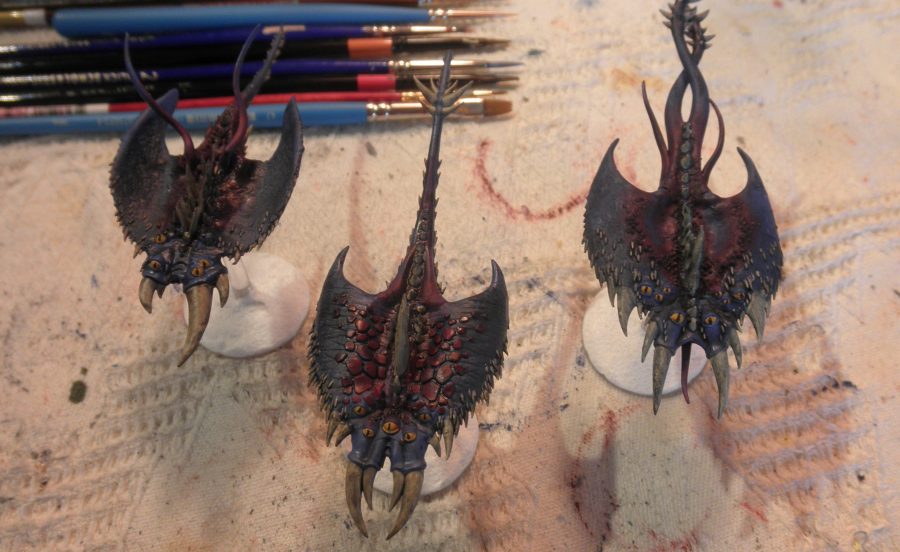 There are PLENTY of folks who are not paint studio level painters…I am certainly not.  There are also PLENTY of players who make the effort to bring a nicely painted army because they understand that organized game play is a venue for showing off the hobby.  Those folks who are curious about our game will be more interested in other systems where the models are well painted and detailed, not where the proxies look like Dollar Store purchases and the “painted” models look like a child took a rattlecan to them and put them, half dried, on the table.  Where have I seen such things?  Sadly, last year at “one of the two biggest 40K events in the USA” for one.  I actually saw a guy who had a plastic Toucan Sam on the table; who knows, or wants to know, what that represented.  Another player who had two “Basalisks” that were green plastic SP artillery with what he thought passed for camo.  I also saw armies with base minimum paint jobs.  Not washed or detailed, nothing but a coat of paint on the bases.  This venue is a premier event in our hobby here in the US.  Are we that desperate for players that we allow a lower level of hobby on matched play tables?  Strangely enough, I saw few if any painted army issues on the Age of Sigmar side of the house at the venue. 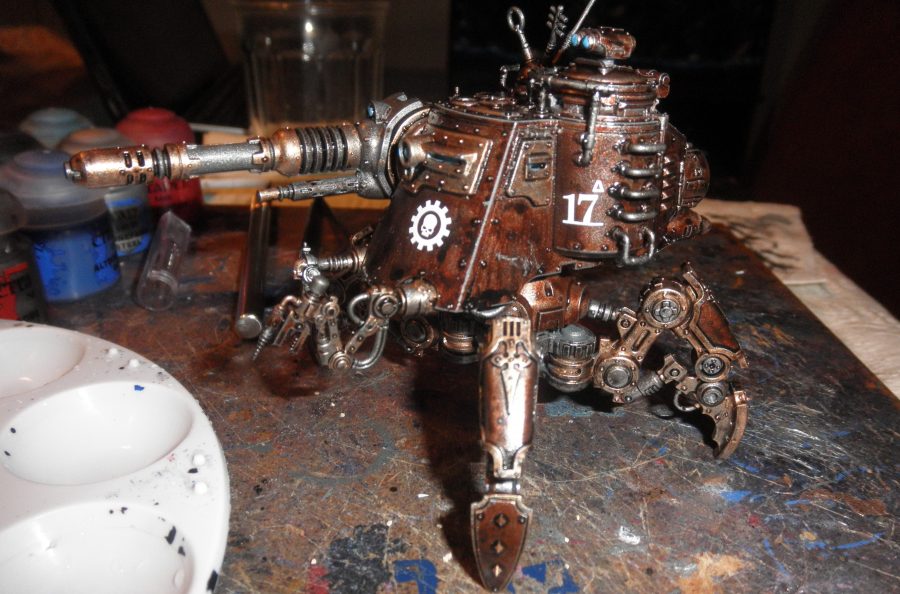 I know TOs have a bazillion things to deal with, especially at mega venues.  But the players can help police a lack of basic hobby as well.  They can call a judge over and ask for a ruling regarding a players paint job/proxies.  TOs can give incentives to those who have to play against poorly painted armies/toy store proxies.  Extra Command Points, for example.  If egregious enough, give one player first turn irrespective of the number of drops.  Harsh you say?  At major events, like LVO, Renegade Open, Adepticon, e.g., the bar should be set higher by default. Whether they want to admit it or not, players know what the expectation is before they walk in the door.  Do we have to tolerate a lack of hobby because we don’t want to be “that guy” who calls someone out?  Why?  Most folks who attend competitive events, especially the major events, have taken the time to prepare for the event.  Like preparing for any competitive activity.  In sports, you have to practice the actual play part.  But you are also required to have the proper gear, and it has to be worn a very specific way.  I have participated in, and seen, sporting events where players are taken off the field/court until they meet the standard set by the sport.  Why should we be different? 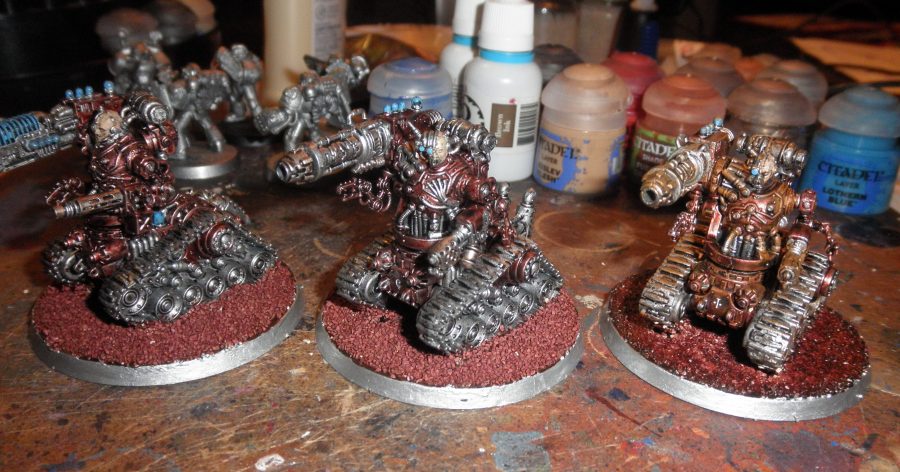 So I came out the door swinging on this one.  However, I understand there are places where grey plastic or goofy proxies are OK.  The FLGS, basements, pickup games wherever they occur.  I get that my friend just glued together his ten Primaris Marines and wants to play them.  All good.  In a friendly, informal setting, that is great.  It is also the place that folks brand new to the hobby should be able to throw some glue and a crappy paint job on brand new models and get a chance to roll dice with everyone else.  I don’t think there should be ANY expectation (other than the fact that it should be a whole model…not missing limbs or a head!!) when throwing down with you mates.  I have played plenty of games against folks who had not glued the tracks on their tanks, or maybe had not chosen weapons yet for their close in fighters (holding air is at least holding something).  Another exception is my Shadespire figs.  I will only be playing this at school with my Board Game Club, so the colored plastic is more than sufficient.  When it comes to my Necromunda gang, however, they will have a nice, shiny paint job! 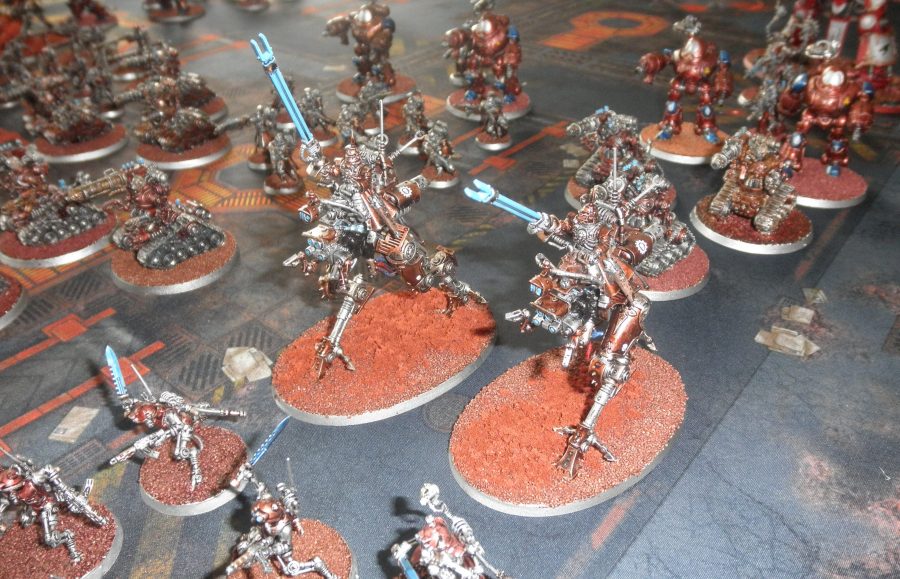 My local gaming group, D-Company Milwaukee, plays plenty of pick up games, and many times fresh out-of-the-box models appear on the table.  Many of our members were around for the original VDR (vehicle design rules) and still bring some pretty crazy stuff.  However, when it comes to our annual “Big Game” which brings in 25-30 players from across the country for two days of 40K, we have a certain expectation…models need to be painted.  I am proud to say that even though you will see 80-100,000 points of models in the room at any time during the weekend, all of those models are painted.  Not just painted, I mean painted.  We have some amazing hobbyists in our group.

To close this out, IMO, we as veteran hobbyists, have a responsibility to let those entering our amazing world know what is expected.  If folks want to be ninkers, well, they are always around.  But almost everyone just starting out is more than willing to listen and learn.  Moreoever, they will meet and exceed the expectations almost every time…if they know what the expectations are, and are held to a standard.

Where do you stand on the Great Paint Debate?