Fantasy Flight Games puts out an update to L5R online!

Legend of the Five Rings has a new update that you can find online HERE. For veteran players convenience, all the rules changes are highlighted in red.

Many of these changes are really just clarifications and Q&A type things. However, there are some minor changes within those rules. If you’re playing L5R in a tournament, you’re definitely going to want to study up. The good news is that FFG has a summary that explains a lot of the changes and the reasoning behind them. There are also some cards that DID get an errata – that’s when the text had to be re-worded and it overrides the original text completely.  You can read about the changes HERE. 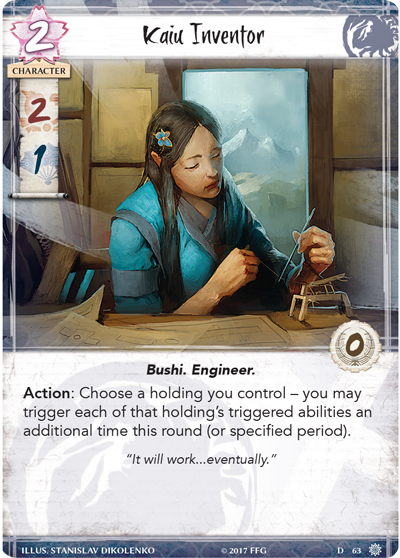 Kaiu Inventor was intended to modify the ability of a holding until the end of the round, allowing you to get an additional trigger out of it. However, because the card was printed with the text, “you may trigger each of that holding’s triggered abilities an additional time each round,” it made it seem as if the duration of the effect was indefinite and that you could apply the Inventor’s ability to the same holding multiple times.

Kaiu Inventor now reads, “…each of that holding’s triggered abilities an additional time this round” to clarify how it should function. 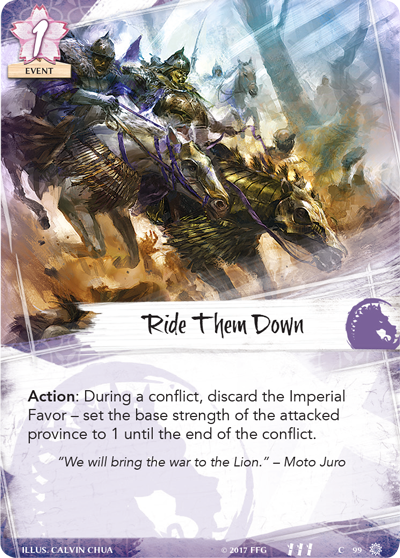 Ride Them Down (Fate Has No Secrets, 99)

As printed, Ride Them Down lacked a duration. Once resolved, the effect would set the base strength of the attacked province to one for the rest of the game, which would create problematic memory issues.

There are quite a few more changes and tweaks in the online rules so be sure to check those out!