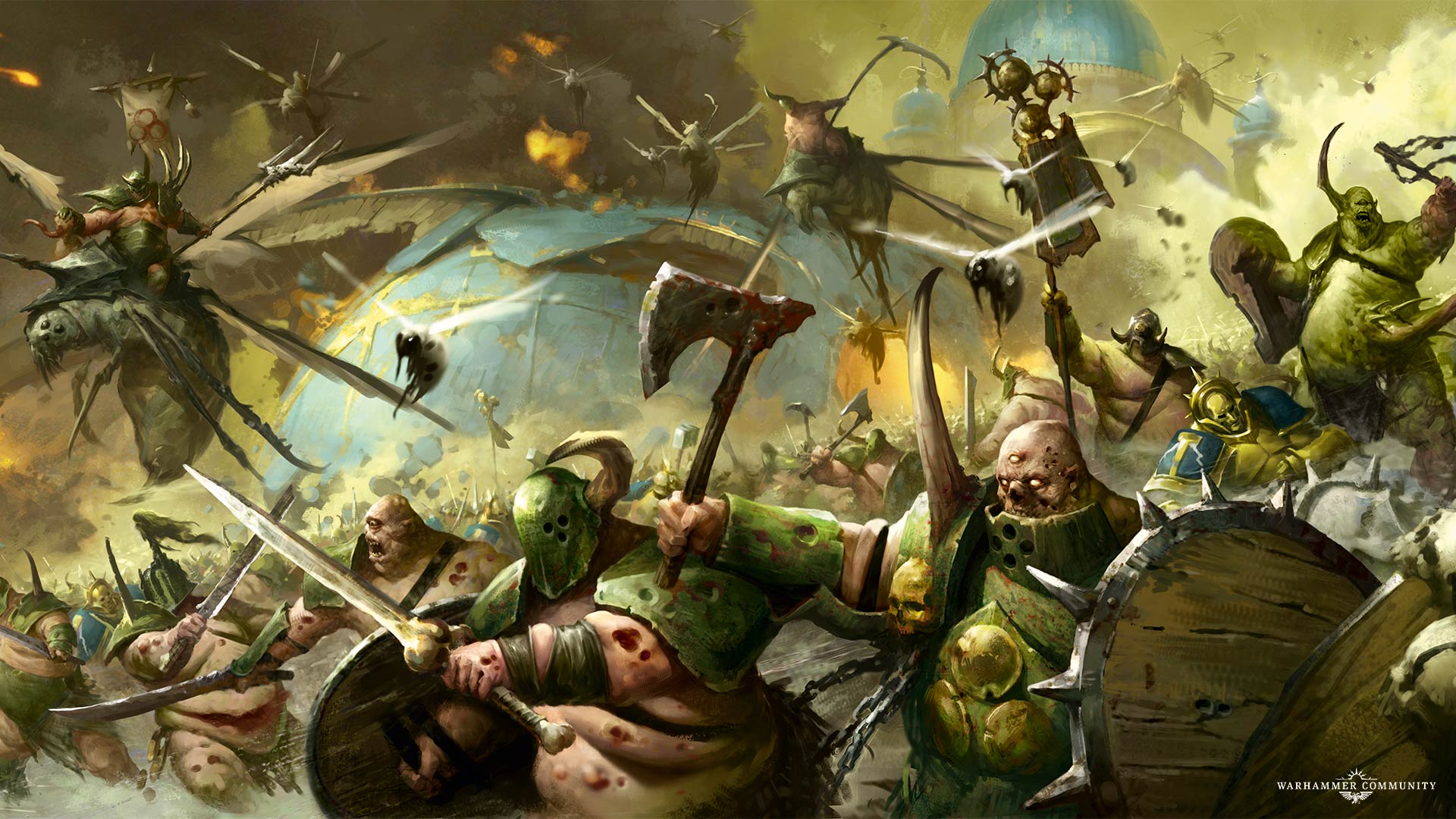 Forget using a fly-swatter on these new Pusgoyle Blightlords, you’re going to need to bring out the big guns to deal with these new Nurgle units. 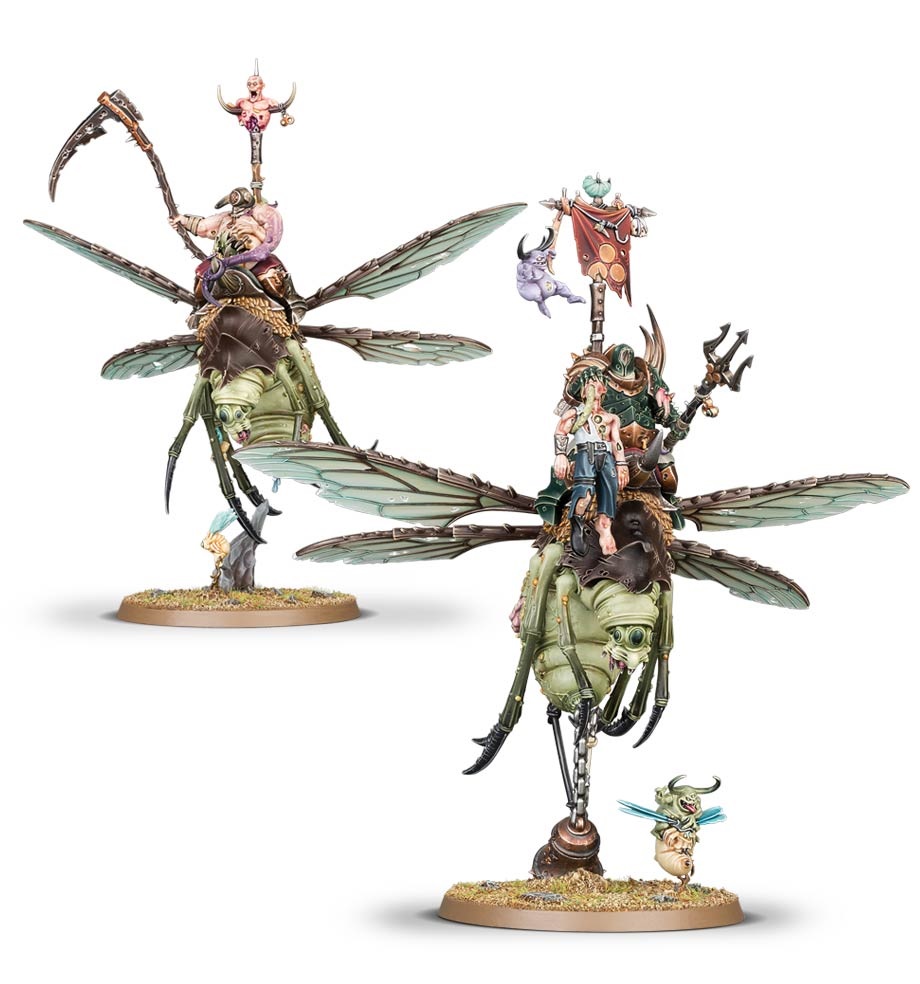 Pusgoyle Blightlords are the shock cavalry of the Rotbringers army, combining the speed of a unit of Plague Drones with the durability and martial prowess of the Putrid Blightkings. These are the elite of the Rotbringers, and they allow you to flank enemies, control space and dash onto objectives at the last minute, giving you a much wider tactical toolbox when using the Nurgle army!

Within the new Pusgoyle Blightlords kit you’re also going to have the option to construct a Lord of Affliction. Similar to the new Lord of Blights this is another leader you can add to your Nurgle Army. Now that we’ve gotten a look at the new Nurgle Great Unclean Ones and the new Heralds we’re getting a better picture of what to expect in the upcoming Maggotkin Battletome. And it’s looking pretty pus-filled and mean!

If you want to rep your Nurgle faction allegiance even more, GW also a new, free wallpaper which you can download HERE!

What do you think of these new Pusgoyle Blightlords? Anyone else considering a Rotbringer Army for AoS besides me?