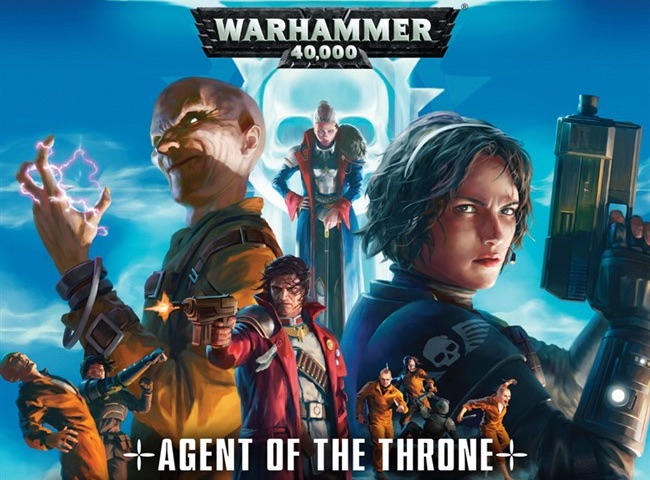 April seems so far away, and yet, thanks to the Black Library, it is as though it is before our very eyes.

It is not often that you get a glimpse into the very future that awaits you. Less so that the vision should be so clear or so accurate. Let not this post languish, Cassandra-like, unheeded–instead take note of what lies in store. Let this be a guidepost by which your latter destiny might be avoided. After all, if Death smiles at you while you’re on the website, picking up a copy of Imperator Wrath of the Omnissiah, it might simply be because Death was expecting to meet you in Samarra and is pleased that you’re still among the living.

Gird your mind then, as we peer beyond the veiled mists of time itself!

Imperator Wrath of the Omnissiah 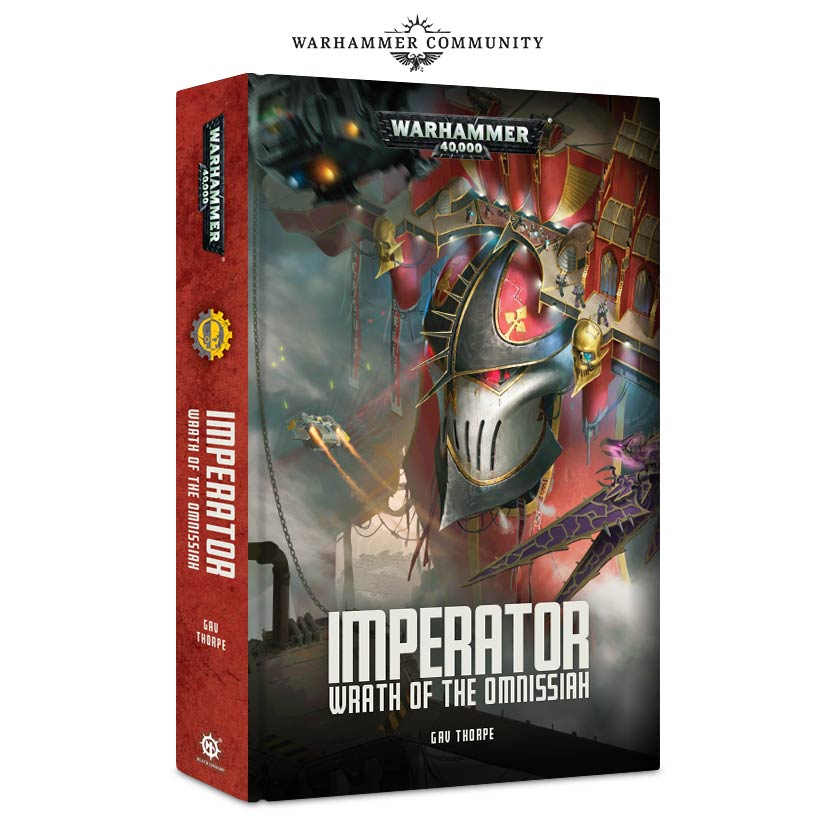 The Casus Belli, an Imperator Titan that has defended the Imperium for ten millennia, marches to war at the head of an army of Adeptus Mechanicus – but will treachery end the god-machine’s long legacy of glory?

READ IT BECAUSE
The ultimate Imperial war machine – the mighty Imperator Titan – comes to the fore in a novel by Gav Thorpe, whose mastery of Titan fiction is absolute (just see Honour to the Dead to see what we mean…) 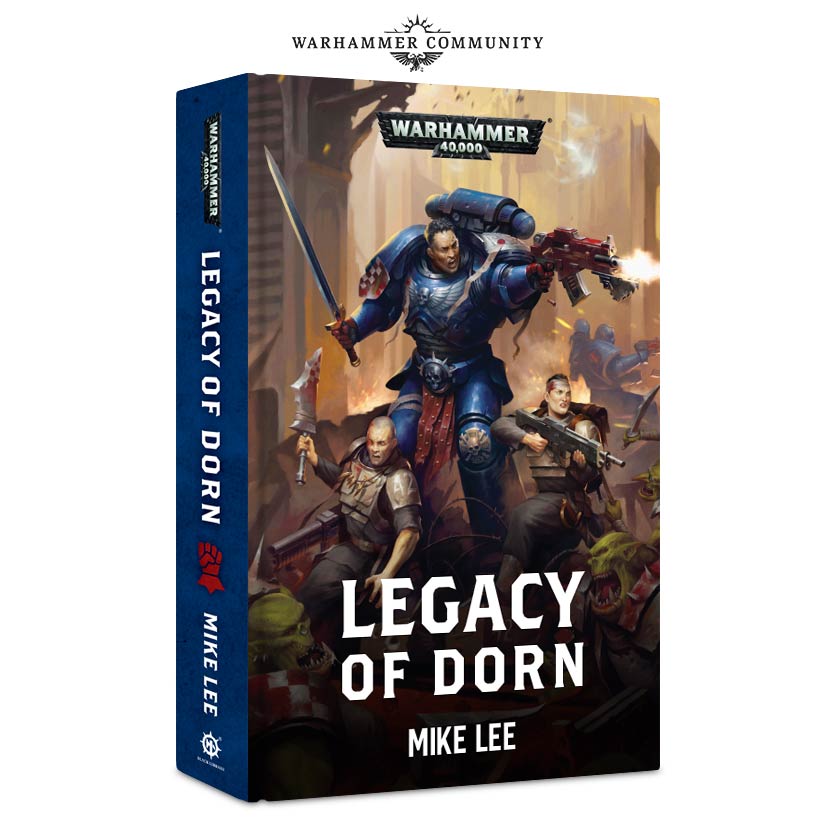 Trapped behind enemy lines during the invasion of Rynn’s World, Sergeant Galleas and his squad must rally the human survivors of the greenskin attack and teach them to fight back, if any of them are to survive.

READ IT BECAUSE
It’s the flip side of Steve Parker’s Rynn’s World, focusing on a small squad of Crimson Fists and a ragged band of humans in the midst of the greatest battle the Chapter ever fought. 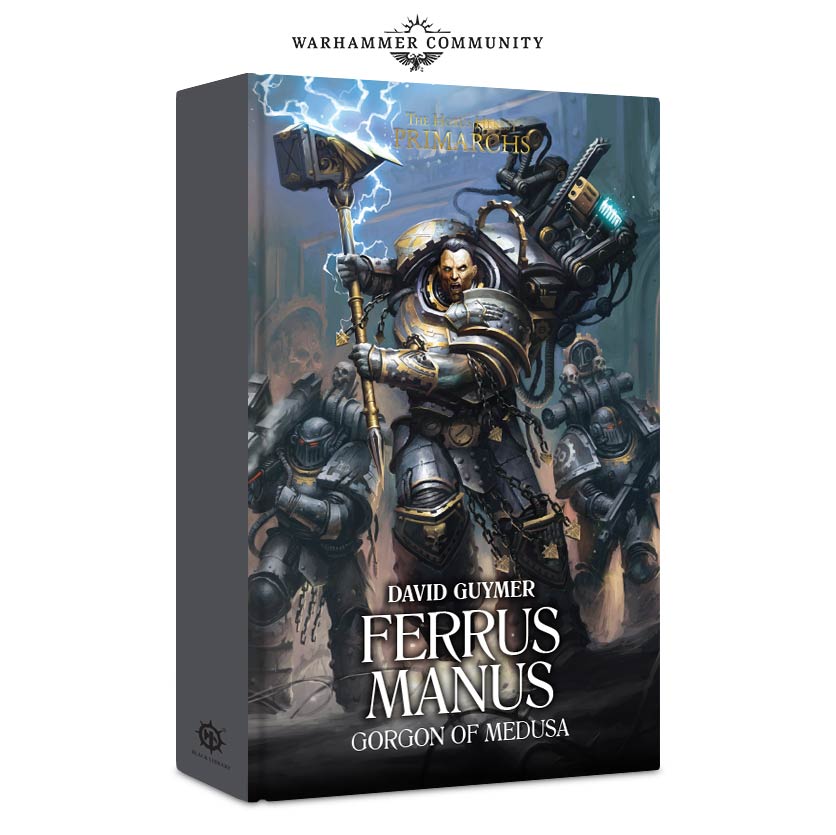 With the Great Crusade drawing to a close, and a Warmaster to be chosen from among the primarchs, Ferrus Manus takes command of a failing campaign to prove that he is the man for the role.

READ IT BECAUSE
It’s not too often you get to read about the infamously dead primarch, what with his unfortunate demise taking place at the start of the Heresy – so this should be fascinating! 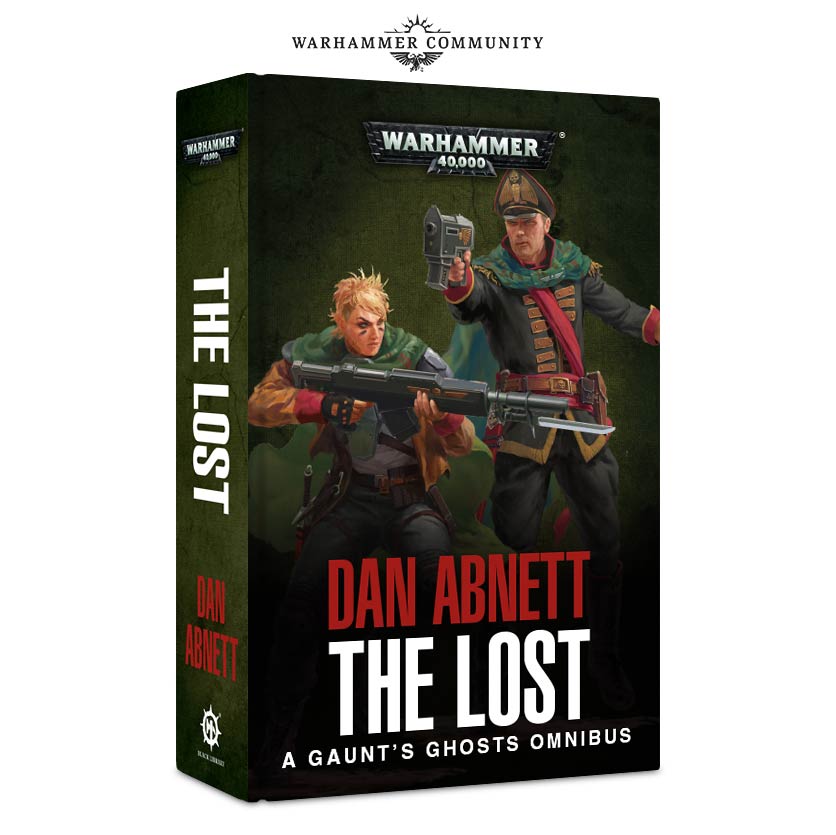 From a small team on a vital mission to the defence of a house haunted by literal ghosts, the Tanith First are back in action in four fantastic stories.

READ IT BECAUSE
It’s the third collection of the Gaunt’s Ghosts series, and gives four completely different showcases for the Tanith, including some of the most memorable and heart-rending tales of the entire series.

DESCRIPTION
The Tanith First-And-Only are among the most legendary regiments of Imperial Guard and at their head stands Commissar Ibram Gaunt, unflinching in duty and unrelenting in combat. The Lost sees the very future of the regiment in jeopardy as Gaunt battles the forces of Chaos across the Sabbat Worlds, from rescue missions to the horrors of the battlefield. Can the Tanith First-And-Only survive the dangers they are faced with, or will they be forever lost? 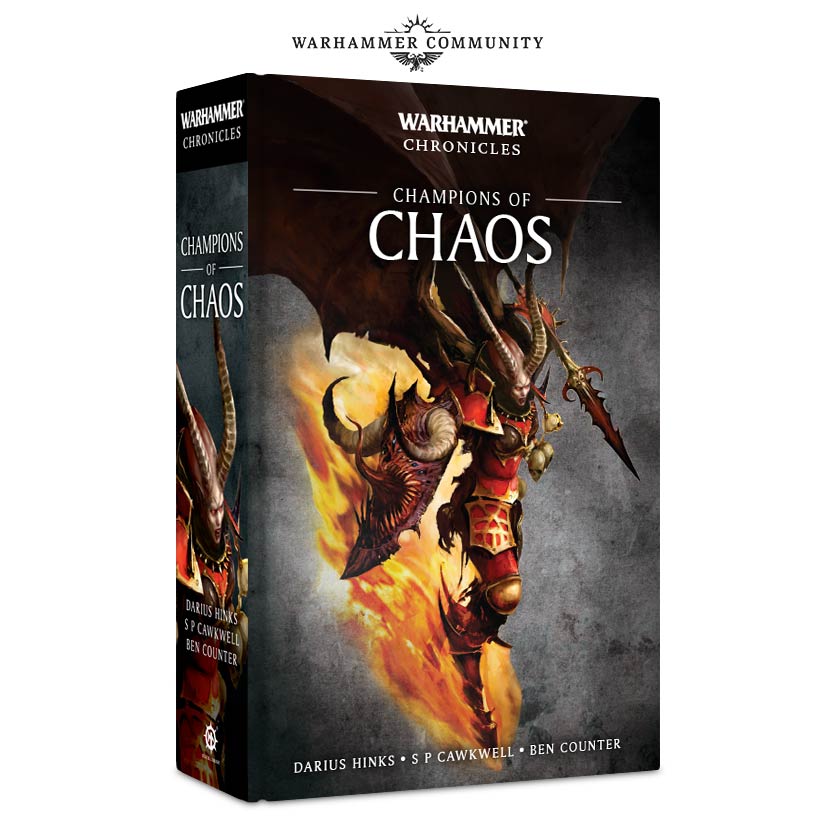 Three champions of the Dark Gods threaten the lands of men in this collection of novels from the Old World. Vainglorious Sigvald, blood-soaked Valkia and cunning Egrimm van Hortsmann all tell their twisted tales.

READ IT BECAUSE
It’s three dark and gloriously deadly novels – and four short stories – from the World That Was, packaged together to give you iconic tales of characters from days gone by.

DESCRIPTION
In the cold Wastes of the north, the followers of Chaos gather in their thousands, eager to lay ruin to the soft lands of the south. These bloodthirsty, undisciplined warriors can only be controlled by the fiercest of leaders – champions who have risen through the ranks by dint of their infamous deeds to become the favoured of the Dark Gods.

This omnibus collects together the stories of three such mighty leaders – Prince Sigvald the Magnificent, the Gorequeen of Khorne Valkia the Bloody, and the rogue wizard Egrimm van Horstmann. Be warned: though the journey to greatness is long and hard, the battle to maintain such a position of power amid the servants of Chaos is never-ending…

Agent of the Throne – Truth and Dreams 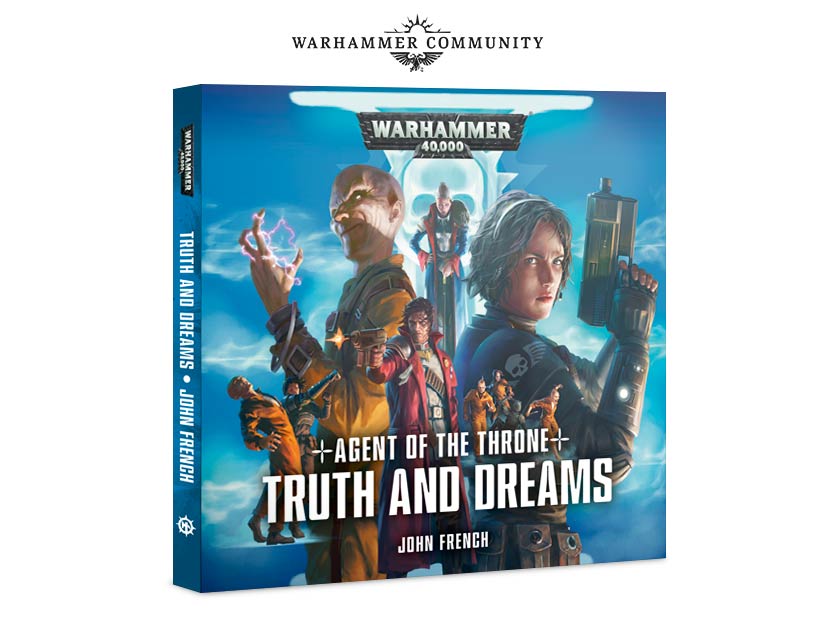 Inqusitorial agent Ianthe pursues her quarry, but falls foul of local authorities and ends up in prison – with the very rogue psyker she is sworn to capture.

LISTEN TO IT BECAUSE
John French’s spin-off saga from the Horusian Wars continues, and it puts Ianthe in a unique – and extremely dangerous – situation.

THE STORY
As an agent of the Throne, former soldier Ianthe serves Inquisitor Covenant and faces some of the most dangerous and insidious threats the galaxy has to offer.

On the hunt for the rogue psyker Silas Norn, Ianthe and her associates run afoul of the Imperial authorities and are imprisoned. Norn too is captured and incarcerated, but with the ability to manipulate the minds of his victims he is far from easy quarry. To stop him, Ianthe must not only find him, she must overcome the buried ghosts of her hidden past.

Not exactly sure how this will be helpful in the future–but forewarned is nevertheless forearmed.