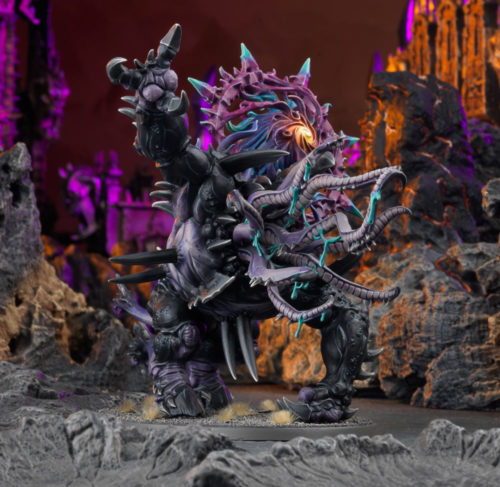 The Mutalith Vortex Beast brings the power of the warp to you.

Fueled by a powerful Chaos Vortex that grants them the ever-shifting power of the Warp, and mutated beyond all reason by those same changing energies, the Mutalith Vortex Beast is a force to be reckoned with. It’s also selling out quickly online, so you might want to grab yours before the warp takes them all.

That video is right. Those powers are no joke–as we’ve talked about before, there’s a few different things you can do with these beasties. They have a list of random powers you can use every turn, either picking the one you want, or rolling the dice and taking 2 (possibly the same power twice). These are either things that reach out and touch your foes, inflicting mortal wounds and the like, or giving your own units some pretty sweet buffs, like improving AP or letting a unit fight first in the fight phase. 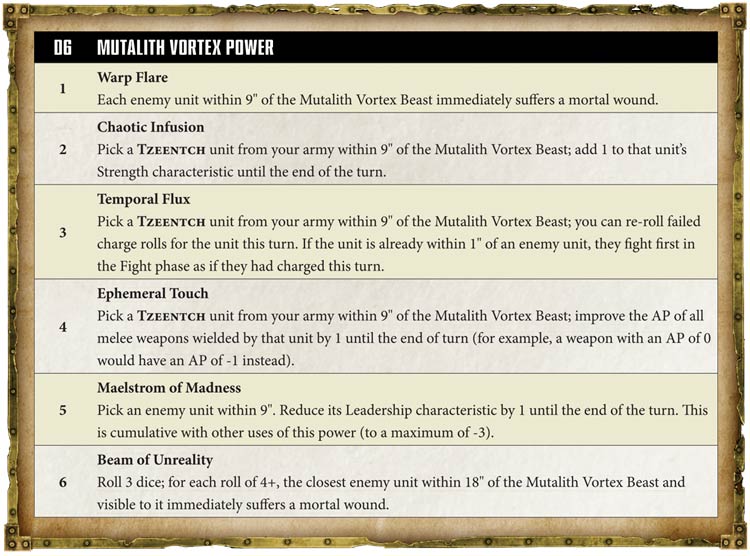 And there are stratagems you can take to get an extra power off as well. But, beyond that, these guys are a beating. Their betentacled maw gives them either an attack that hits decently hard with -2 AP and 2 damage, or you can pull the old “make 3 attacks every time you fight with this weapon” and get like 12 attacks at -1 AP and 1 damage.

You can find out everything about this beast in our Thousand Sons army list video. Or grab yours below, while you can.

A Mutalith Vortex Beast is an utter abomination of nature. It is a terrifying fusion of monster and magic, a creature mutated beyond all reason by the power of Chaos.

The Mutalith Vortex Beast differs in a striking manner: a vortex of raw Chaos echoing the shape of the 8-pointed star looms up from its back. Nine huge tentacles extend out of its mouth, each of which is dripping with ichor. Finally, it possesses two tails that end in mouths, tongues and claws. It comes with an alternate head that has no tongue; instead there is a grimacing maw and growths protruding from its face.

This multi-part plastic kit contains 78 components with which to make a Mutalith Vortex Beast or a Slaughterbrute. Supplied with a Citadel 120x92mm Oval base.

Change is a constant, doubly so with these guys. 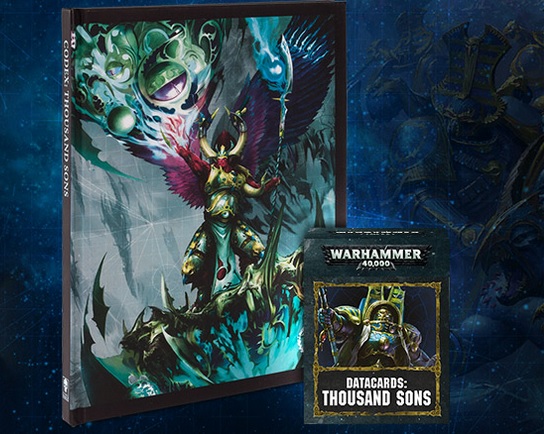