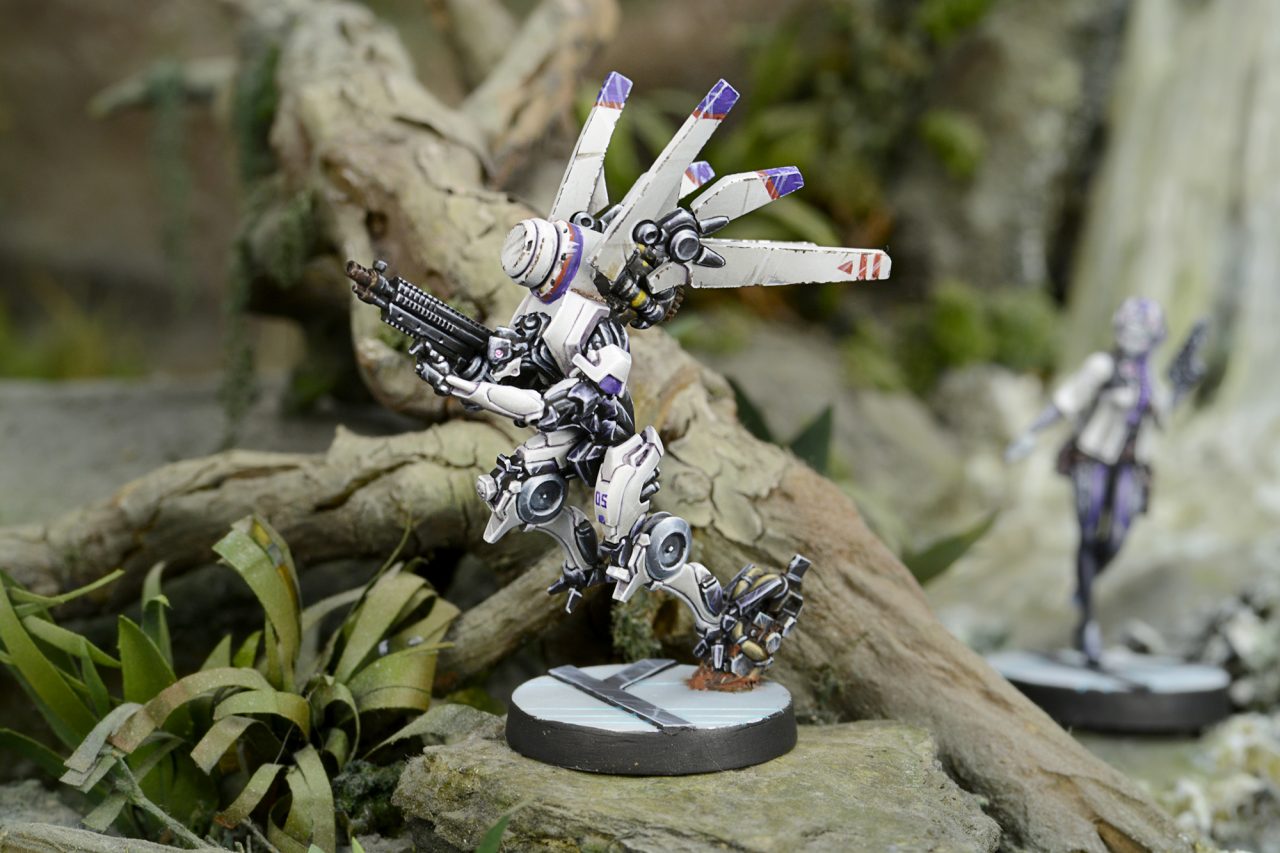 Garuda Tactbots are swift, stealthy, and deadly. And, right now, only on BoLS.

That’s right, we have an exclusive look at the upcoming Garuda Tactbot, which is very hard not to type as Tacobot. This,  of course, would be the perfect robot. Jetting about the battlefield armed for bear with delicious tacos that can be delivered with unerring accuracy to targets at a firing rate of 1000tpm, leaving a slew of spent shells in its wake. 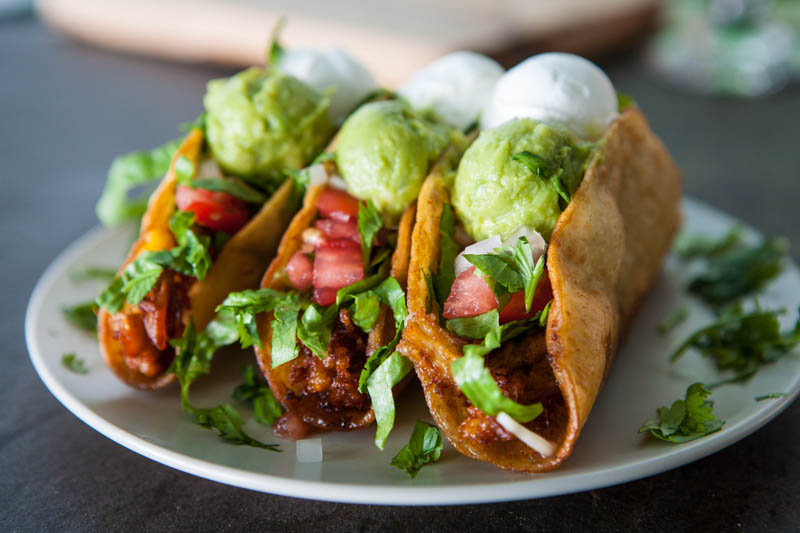 But that is one glorious, shining future that remains distressingly out of reach. So while we wait for some hapless robotics designer to not realize that sometimes one’s reach can exceed one’s grasp and that hubris is a very real thing that will leave the world shaken to its core by tortilla-delivered doom, the Garuda Tactbots and Infinity are an excellent way to pass the time.

Garuda Tactbots are a unit of lightly armored, but swift and deadly bots, armed with boarding shotguns and mimetic systems to help ensure they get where you need them and can make the most out of their initial attacks. 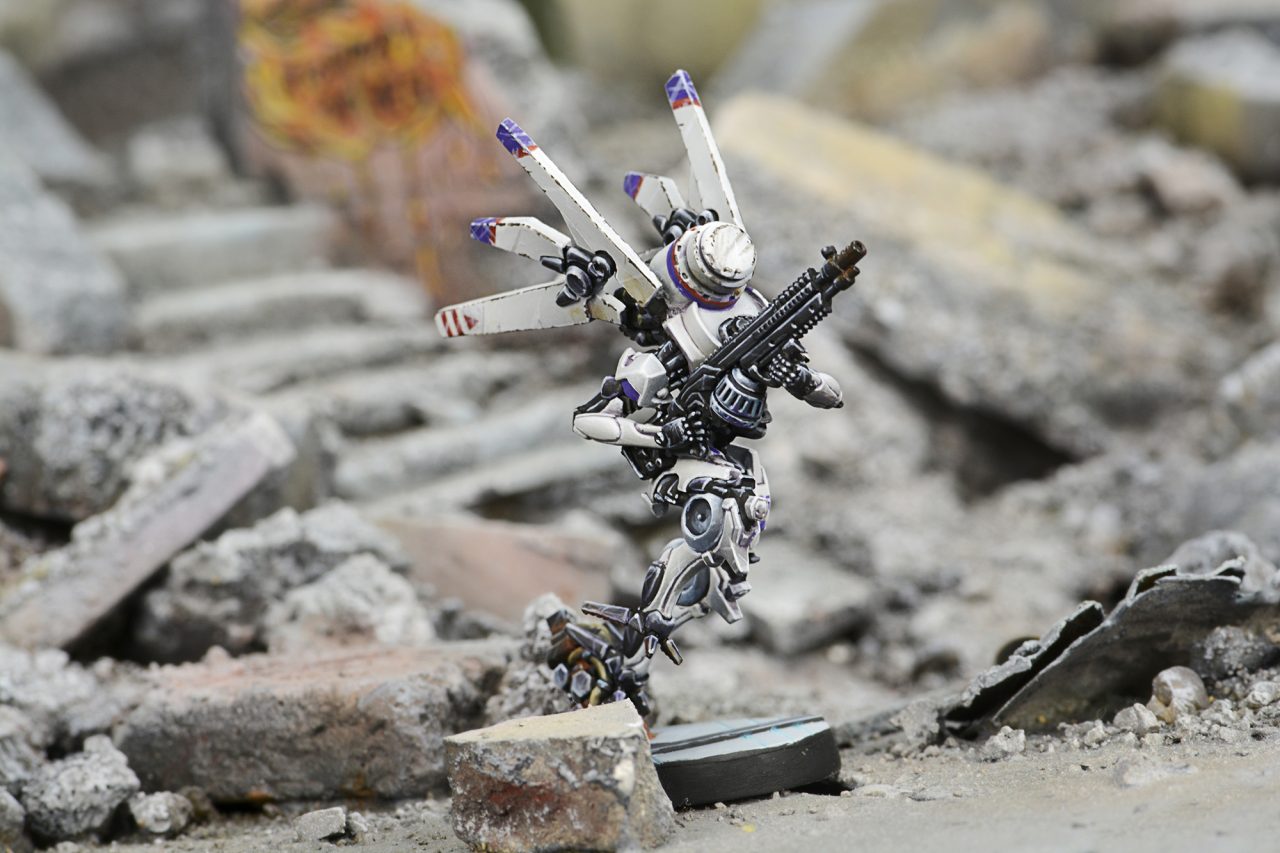 Boarding shotguns, in particular, are very good in this edition. And with those fins and “mimetic systems” I have little doubt that these guys will zoom around the battlefield. And their fluff mentions how easily it is to rapidly deploy these bots where they’re needed, so that makes me think we’ll see some kind of infiltration/TO Camo on these friends. So a nice fast moving hard hitting unit that will take some finesse–but great for rolling up a flank or hitting the backline. 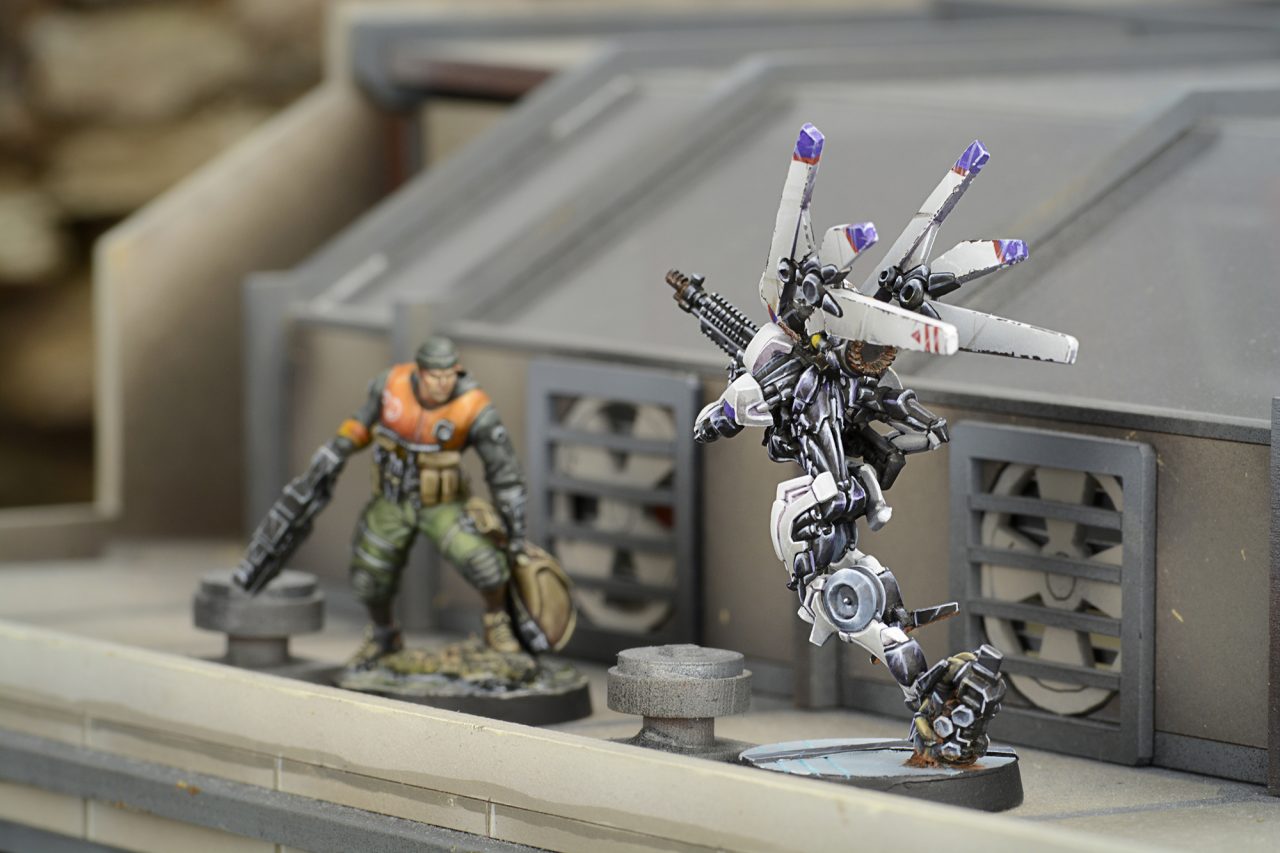 Garuda, the fabulous winged mount of the Vedic god Vishnu, has lent its name to the Special Situations Section Immediate Deployment Tactical Bots. The Garuda Tacbot is a lightweight Remote model for armed surveillance and air assault. It has orbital and sub-orbital  deployment capabilities meaning it can be launched from a space ship, an unmanned heavy glider, or from any other means of air transportation.

The Garuda’s tactical profile is based on speed. Its main characteristic is its rapid deployment to any point in the operations zone, but once on land its speed turns into a fundamental offensive/defensive element. Its lightweight structure and minimal protection make the Garuda a fragile operative, but just as lethal. Its mimetic system, improved firing controls, and great mobility gives the first shot a high probability of impact, as well as high levels of confrontation capacities and combat survival rates. Without a doubt, the Garuda Tacbot is the best option for finishing every operation.

The Garuda Tactbots will be available in February. Keep an eye out for them.

No word on when we can expect those tacobots, though.

D&D: 5th Edition Investigates the Keep on the Borderlands