Become ‘King Of The Pride’ In IDW’s Upcoming Game: ROAR 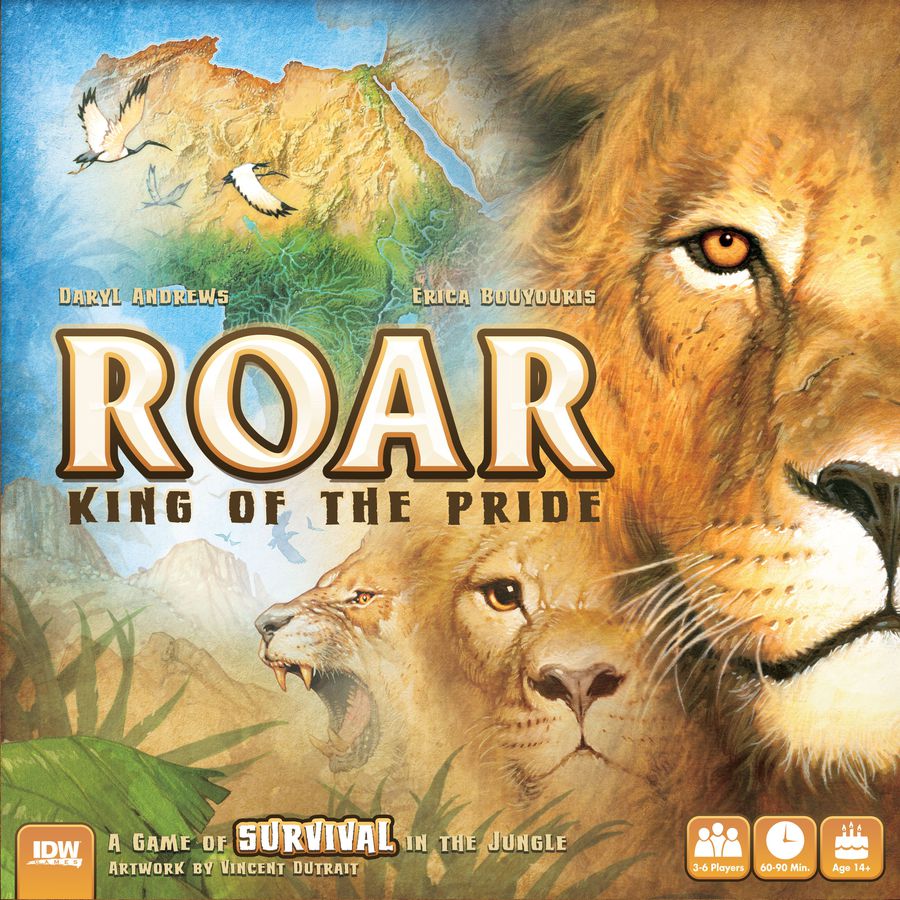 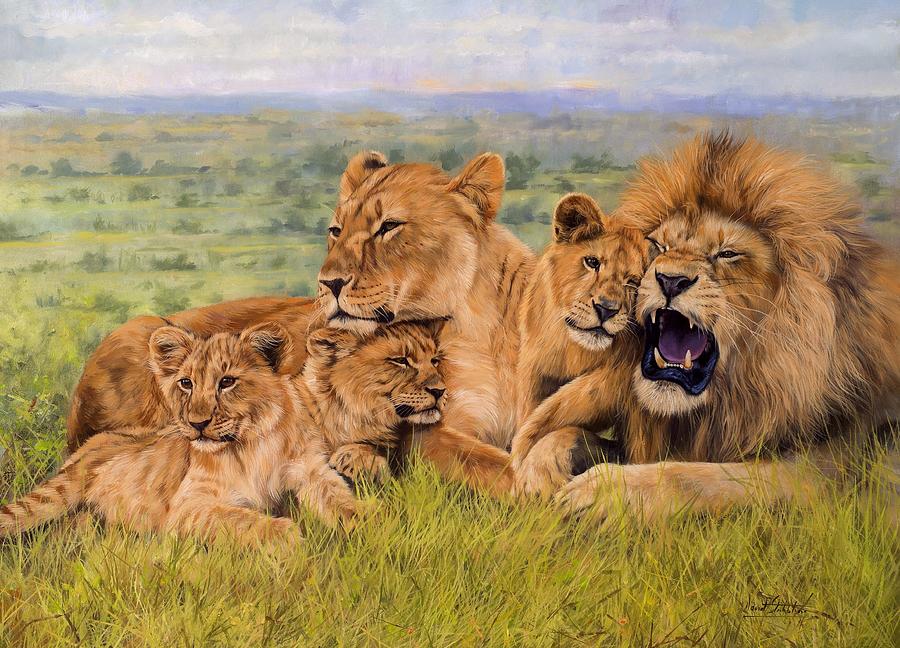 Katy Perry might have the eye of the tiger and be a fighter dancing through the fire. But you’re going to be the one to Roar.

Roar: King of the Pride is an aggressive territory control game with resource management mechanics which gives players multiple paths towards victory. Each player controls a separate pride of lions made up of Male and Female Adults and Male and Female Cubs. During each players turn, if they have a male and female in the same territory, they can breed by rolling a die to determine how many cubs are born. As the pride grows, they can expand into new territories which will grant additional opportunity for hunting for food.

In Roar, as in nature, the lionesses are the hunters and are required to feed the pride. Different territories have different prevalence of zebras, er, I mean, food.  Same thing, I guess.  As the prides expand, they may have to start looking to war with neighboring prides for access to the best hunting grounds. Alternatively, a more powerful male might attempt to sway the females of a warring pride into joining his pride instead. Expansion is also the best way for each player to score their secret objective cards, which often rely on players entering a specific territory or controlling group of territories. 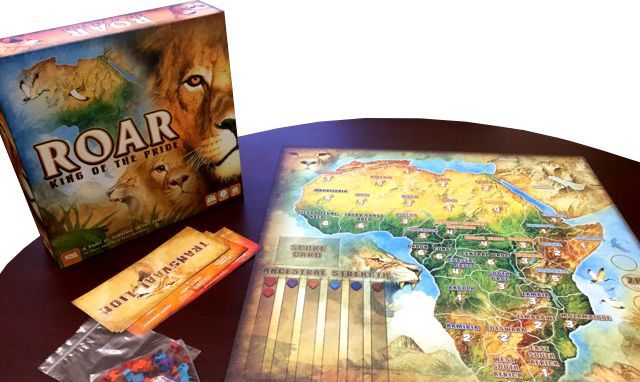 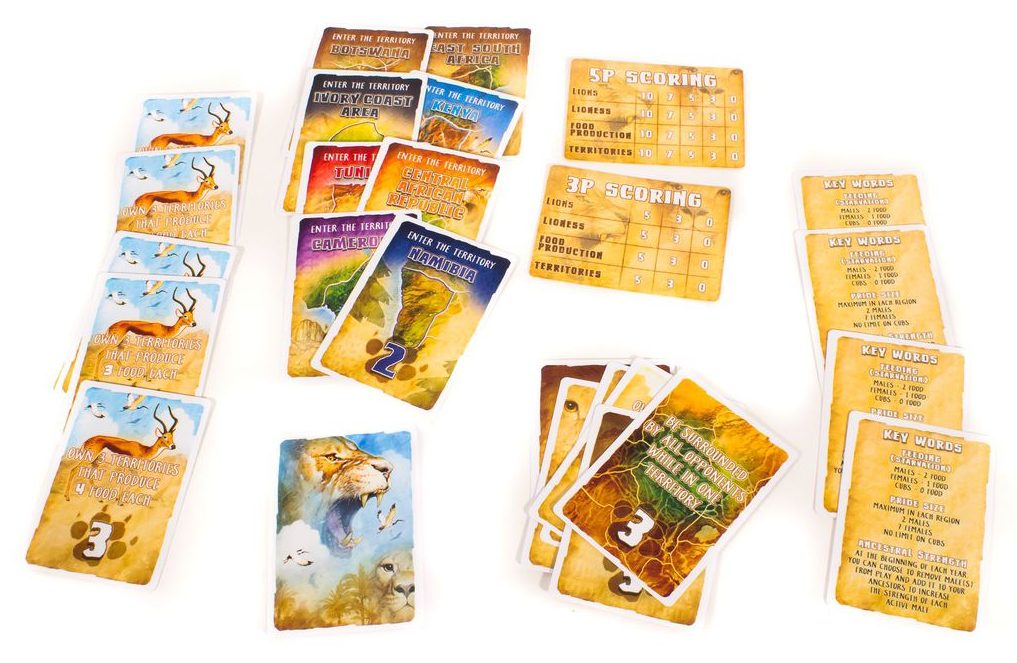 As the game progresses, the true villains arrive: humans. They begin to build settlements in the most verdant areas and will kill any lions in their area. Each player has a turn placing a human settlement and can use that to their advantage. If a settlement appears, lions in that area must move or face humanity at its worst. However, when a pride relocates, the cubs can not join. The migration is too much for them and they are left behind. 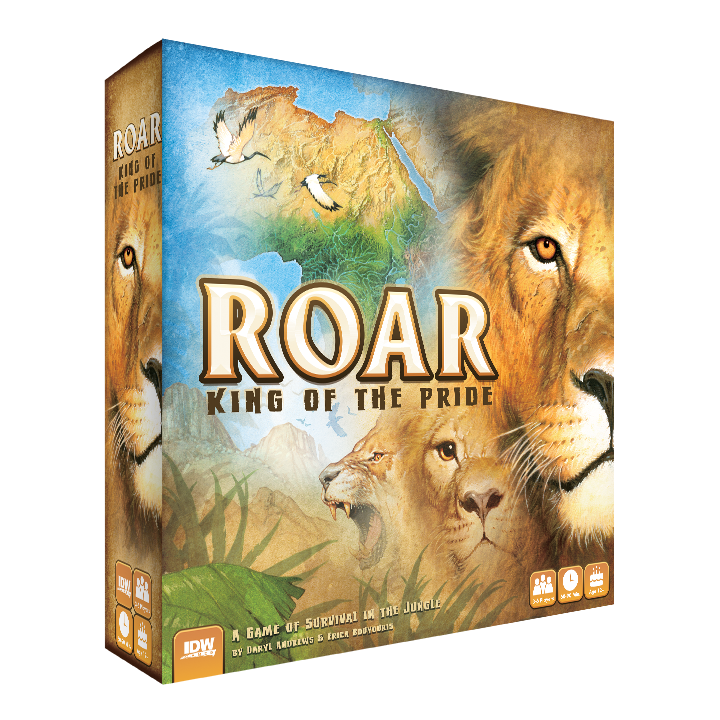 In the wilds of Africa, lion prides rule over all beasts, but only one pride can rule over all the lions! In Roar: King of the Pride, three to six players compete to become the dominant pride of Africa. Managing your food supply, while expanding your territory and growing your pride size with cubs, will take strategic planning and key wits. Even the best-laid plans, however, can be interrupted by other prides’ secret objectives, or worse…the encroachment of a new and deadly threat.

Look inside yourself. You are more than what you have become. Remember who you are.

Author: Matt Sall
Matt has loved games of all kinds his whole life: board, video, war, roleplaying. He's worked as a writer for BoLS since 2017. He's worked as freelance editor for board game rulebooks and has designed many of his own games as well.
Advertisement
Board Games IDW Tabletop News
Advertisement