The Vampire game of Deception and Deduction is out now from Fantasy Flight Games!

When I got a look at the mechanics of Blood Bound I knew FFG had a rock solid social game in the works. Now that it’s out, our friends at Dragon’s Lair Comics & Fantasy confirmed my initial hunch:

Now, we’ve covered the basics already. Blood Bound is a hidden role game when two teams of players is attempting to capture the opposing team’s most elder vampire. Everyone’s roles are decided by dealing out cards with a rank, two clues, and a hint at the bottom. Players reveal their “hint” to the player on their left and the game starts when the first place gets the dagger token and chooses to attack or to pass. 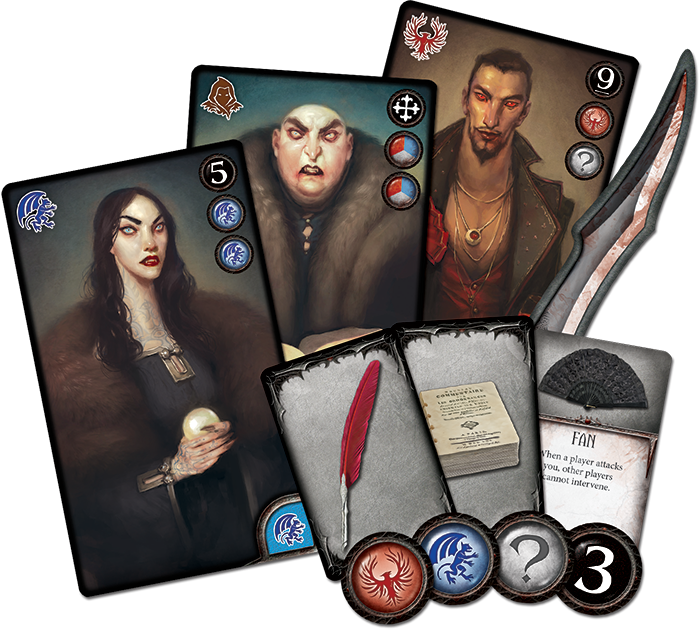 When a player takes an attack, they have to reveal a clue token OR their rank. When they reveal their clue, it’s just one more bit of information that the rest of the players will learn about them. When they reveal their rank, they can choose to also activate their special ability – these can vary greatly but all have useful effects. Some allow you to redirect damage, or heal others. Some allow you to attack right back.

If a player takes 4 damage, they are considered captured and are out of the game. If that player was the highest ranked member of their team, their team loses the game! As a player, your trying to figure out who is on your team and who the enemy elder is all the while trying to deceive the other team about your own identity. 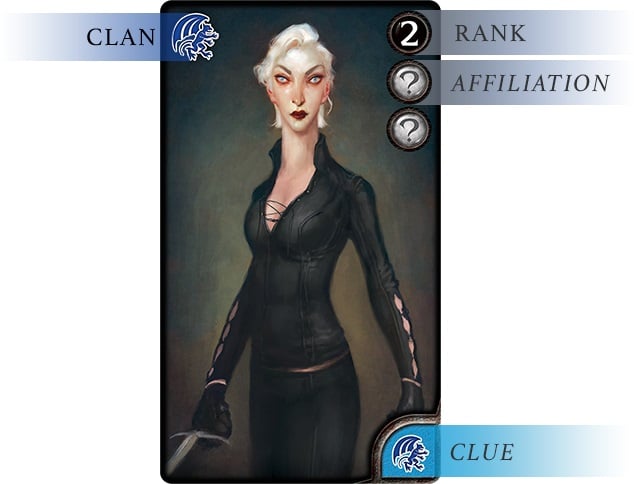 Blood Bound was re-released by FFG and has updated art and some minor rules tweaks from the original – all of these were improvements in my opinion. The game is really well done from a production standpoint and it’s different from the other types of “hidden identity games” in the genera to keep it interesting. If you’re looking for a fun party game to add to your collection, this is a great option. It’s designed for 6-12 players so you’ll want to play with a larger group. I’ve got friends I wouldn’t consider “gamers” that would be interested in playing this one – it’s easy to learn and you’re really playing the other players vs the mechanics. It’s out now, so go check it out! 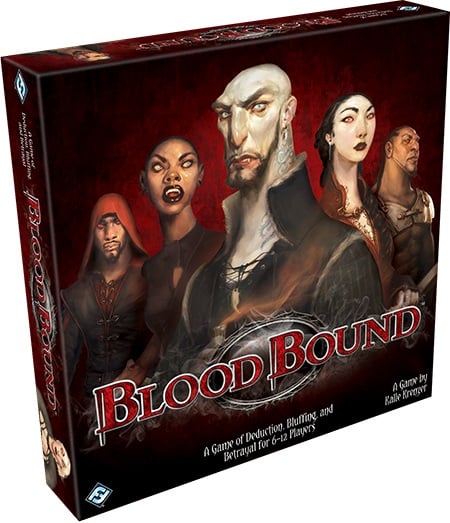 It was the Vampire, in the Game Room, with the Knife! …wait, wrong game.

Author: Adam Harrison
Writer, Editor, Texas Native, and Austinite for 15+ years, Adam covers all things Tabletop Gaming. Which includes Warhammer 40,000, Age of Sigmar, D&D, Board Games and everything else that involves dice, boards, cards and a table. A hobbyist, player, and collector of miniatures and games, Adam's current obsession are his Death Armies for Age of Sigmar, his Blood Angels and Tyranids for 40k, and his ever growing Arkham Horror: The Card Game Collection.
Advertisement
Board Games Card Games FFG - Fantasy Flight Games Tabletop Spotlight Unboxing Videos
Advertisement