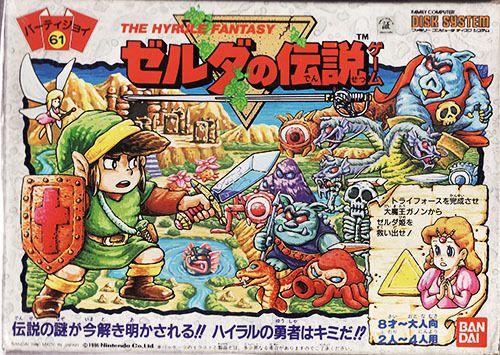 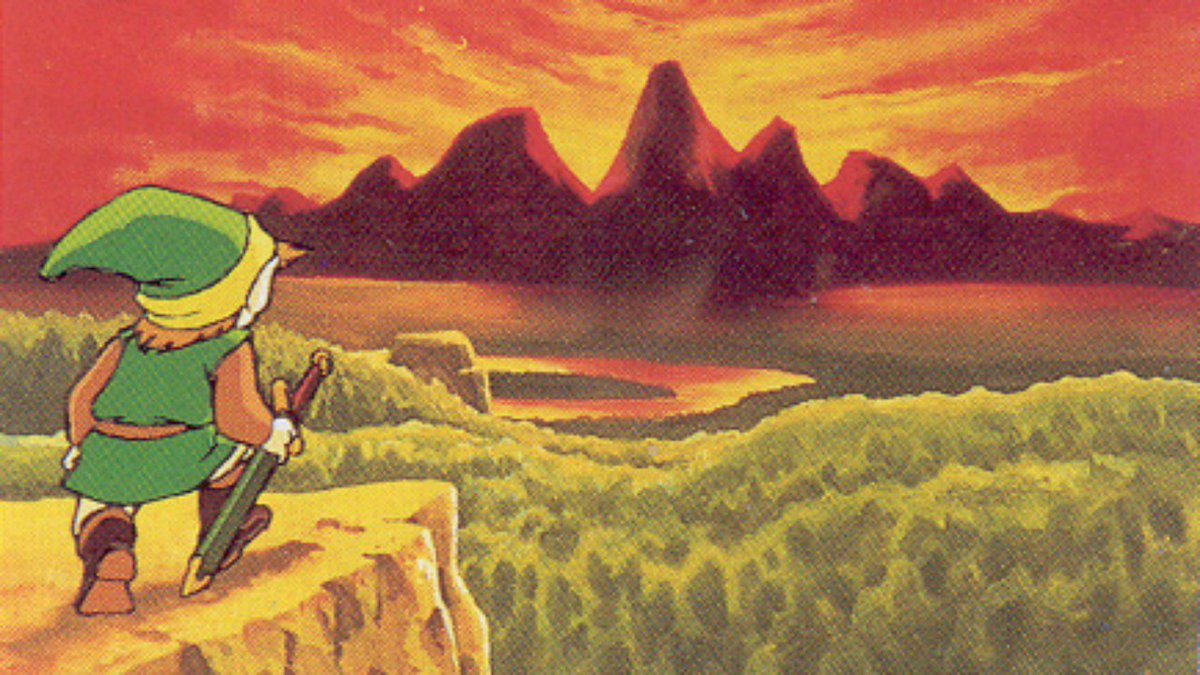 It was a secret to everybody outside Japan; a board game which never saw an official translation until some dedicated fans came along.

February 21, 1986. A very important date for many people, although they probably don’t realize it. That’s the date that The Legend of Zelda: The Hyrule Fantasy video game released in Japan for the Family Computer Disc System, more often called the Famicom. It wouldn’t be until the following year that the game would see a wider release to North America and PAL regions for the Nintendo Entertainment System.

During this time, Japan grew to love the game, as we all soon would. To show their appreciation for the game of adventure and heroism, Bandai made the Legend of Zelda: The Hyrule Fantasy board game.

Hyrule Fantasy (as we’ll call it) is not to be confused with Milton Bradley’s The Legend of Zelda Game which was released in America in 1988 and is …not great. 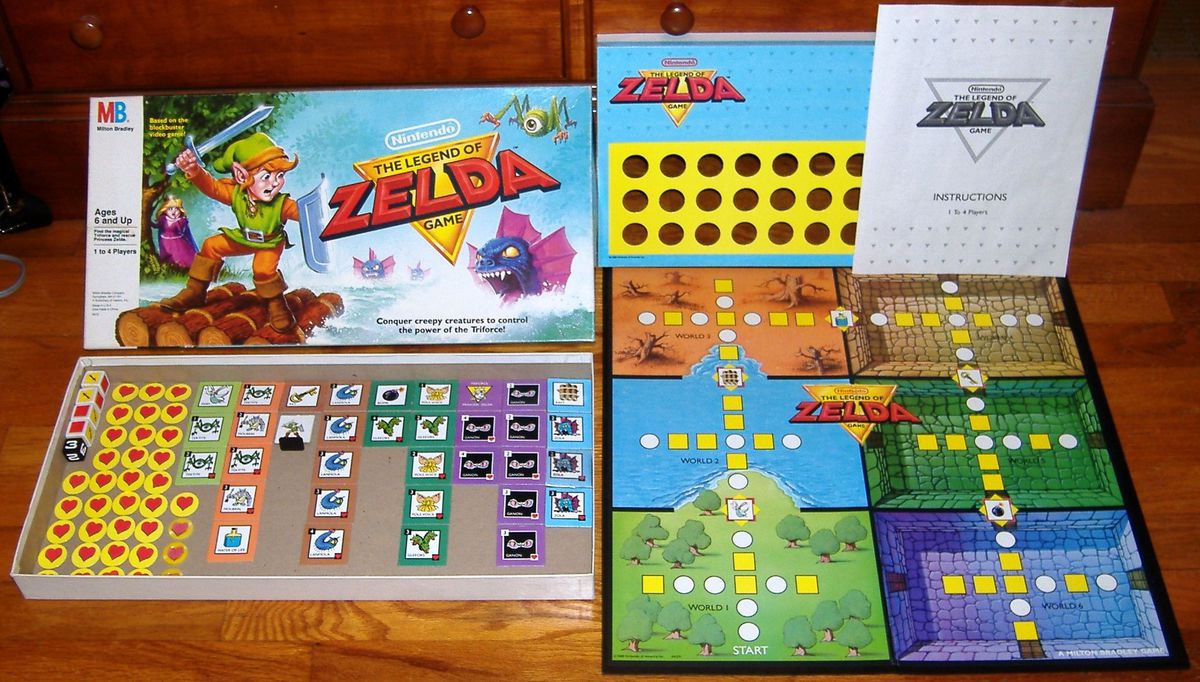 Note the impressively expansive game board on the right

Hyrule Fantasy was never released outside Japan. Moreover, even getting your hands on a copy is difficult or expensive. However, it’s not impossible.

Suppose you got your hands on full, high-quality scans of all the components of the official Japanese copy of the game. You’re a huge fan of the series and eager to play, but you don’t speak Japanese and there is literally no translation anywhere. That’s the situation BoardGameGeek users Evan Derrick and Sebastian Bludd found themselves in. They did the smart thing: they shared it with the world.

On February 22, 2012 (annoyingly only one day off of the 26th anniversary), Derrick posted that he and Bludd had acquired the scans of the original board game and were currently in the process of having someone translate it for them.  Unsurprisingly, the reaction was very positive. Derrick assured that he would post updates to the thread as they happened.  Things were silent until October when he mentioned his original translator had to drop out due to life issues. Even through plenty of BGG users offered to assist translating, some with an entire year of Japanese education, Derrick went on to find another translator to assist.

On March 7, 2014, GlitterBerri, a well known Zelda translator, jumped into the thread. Turns out Derrick had reached out to her to work on this. She had completed her translations, but no longer had the files. By some probably-non-coincidence, the very same day Derrick jumped back into the thread noting that he still had all the translations files. As great as GlitterBerri’s translations were, they were hardly aesthetically pleasing. To assist with the designing process, another BGG user, Alberto Vitali, would be taking over the brunt of the design work. In the following months, the updates to the thread have Vitali discussing with various users the best layout and font choices and other such graphic design processes.  It’s also during this time Sebastian Bludd, the other original partner in the translation project, jumps in to the thread, throwing in his 2 cents on the design process.

Only several days later, Vitali posts images of his work integrating the translations into a fully printable format. He was clearly hard at work with how quickly he was churning out updates on his progress. As Vitali finished his graphic design work, it got handed back to Bludd who formatted the images into print-and-play layouts.  The layout would ensure anyone could print out the images and have an easy time cutting out the sheets as needed.

Finally, after years of working and waiting and working, on March 27, 2014, the project was finished! 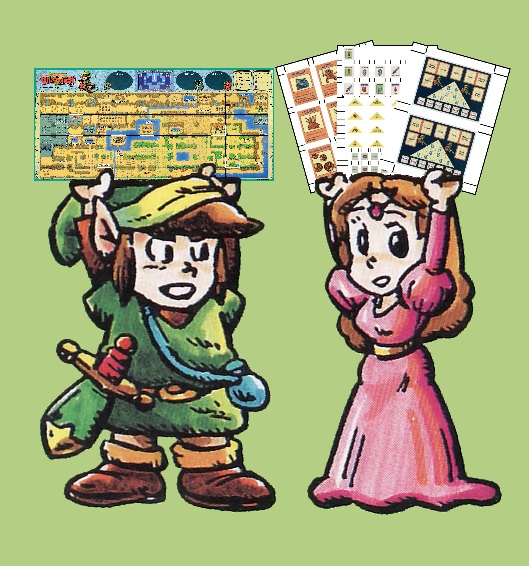 Bludd posted a link to a DropBox where the files could be downloaded and enjoyed by anyone.  Unfortunately, but in a fun wordplay twist, the Link is dead.

Fortunately for myself and for you, Vitali saves the day again and posted his work online, which can be found here: Legend of Zelda: The Hyrule Fantasy Conversion Project. Everything you’ll need for your own print-and-play version is under the Print and Play folder (shocking, I know). Download that file and you’re good to play the game yourself! …After loads of printing and cutting. 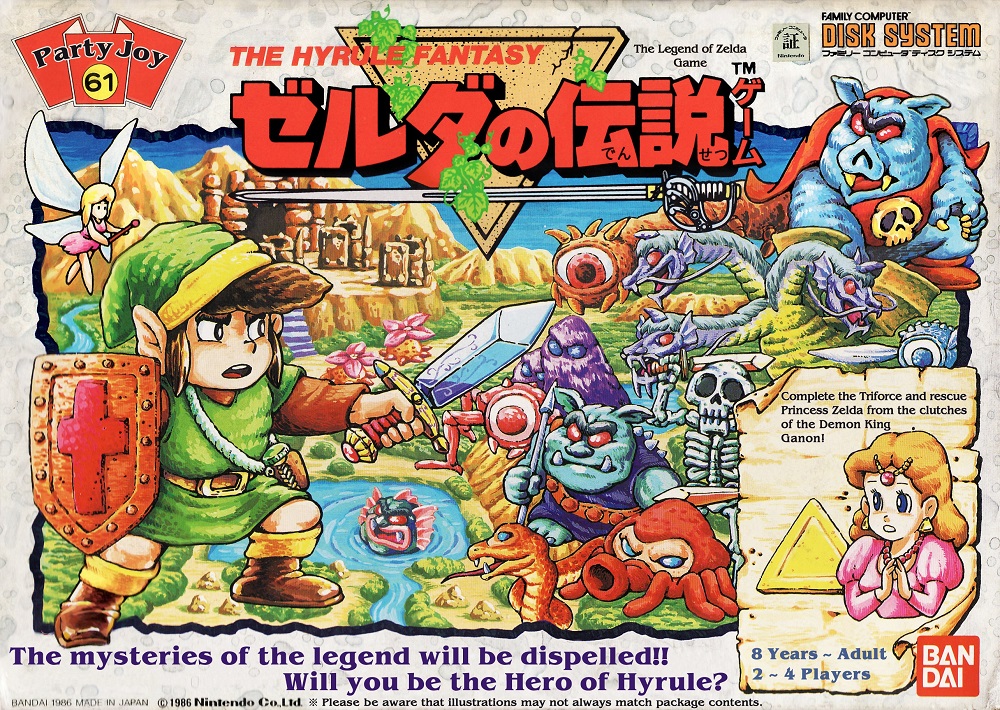 So, after all that, was it worth it? With all that time and effort, is the game even all that good? Let’s decide that after we go over how to play Hyrule Fantasy.

Hyrule Fantasy is a point-to-point movement game with dice rolling combat and item acquiring mechanics. Each player takes the role of a separate Link figure. On their turn a player can move as many spaces as they have Hearts on their Sub-board.  Players use the sub-board to track their Hearts, items and prices of the triforce. 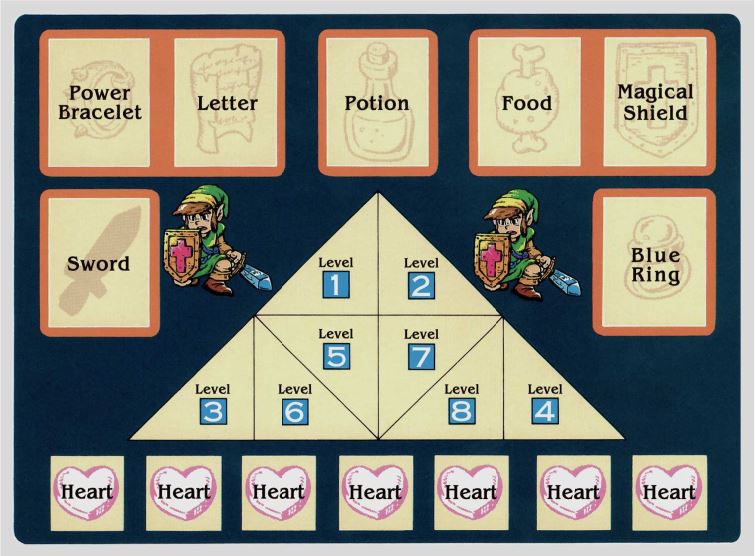 At the end of their movement, a player may choose to battle the enemies in that space. To do so, the player draws a Showdown card. Some Showdown cards represent enemies players will encounter and have to combat.  Other Showdown cards are Pitfalls and have an immediate effect on the player or players. 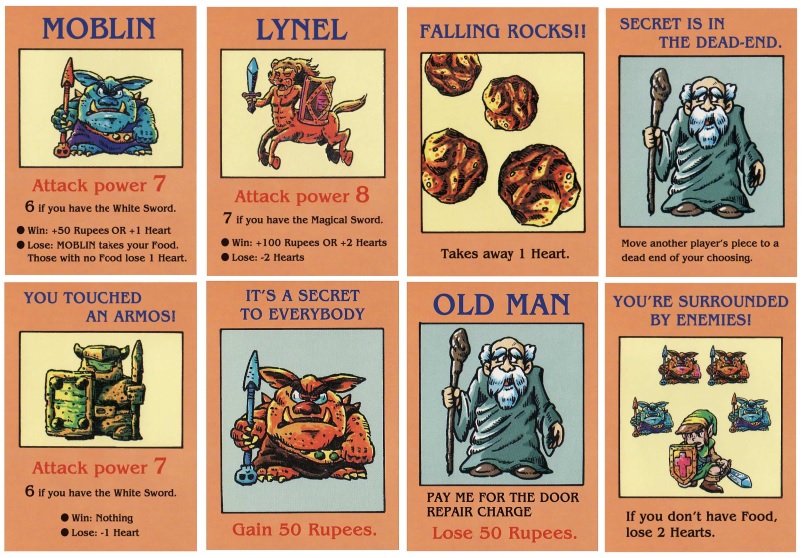 Showdown Cards come in a variety of different effects

To combat an enemy, the player rolls two combat dice. Each side of the die has an item and a numerical value. To combat a showdown monster, the player is hoping to roll higher than the Attack power of the enemy they are facing. If they succeed in doing so, the player gets to choose their reward: rupees or restoring lost hearts.  If the player fails the combat roll, they lose hearts. 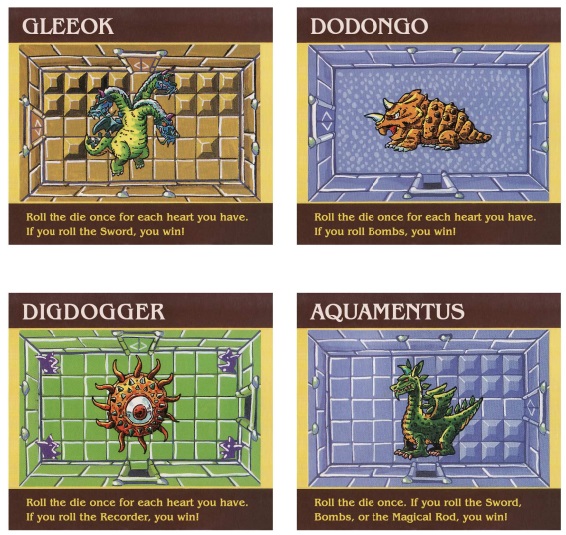 As players move around the board they are restricted from moving through obstacles such as rock walls, rivers and forests. Some obstacles, such as rivers, can be bypassed as soon as players acquire specific pieces of the Triforce, which also act as equipment items. For example, as soon as a player has Triforce 4, they are able to cross rivers with the Ladder. The game board notes where players are prevented from progressing until they have certain items. 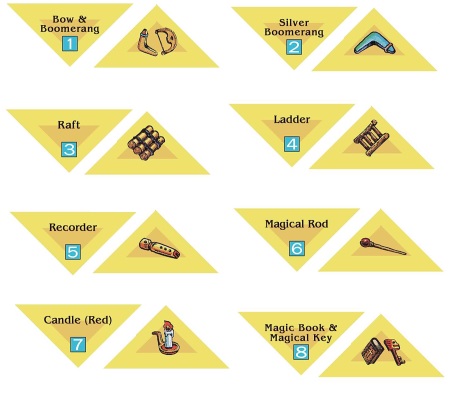 Once a player has every item (excluding potions) they are able to enter Death Mountain and face Ganon. 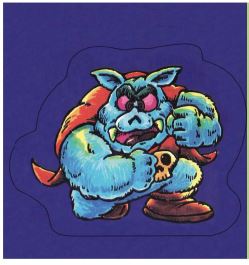 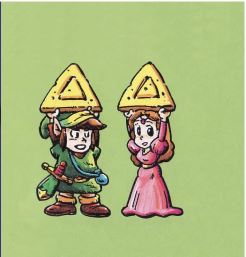 Overall, this game does seem pretty fun. My biggest complaint is that the game requires you to enter the Labyrinths in order and that you don’t really play through the Labyrinths at all. Granted, it’s much simpler to streamline it in that way and this was meant to be a kids game. Still, this game does offer a good amount of player choice and variation. You can go around and kill monsters, gaining rupees and buying equipment before you even enter the first Labyrinth.  Or dive right in slightly less well equipped and try to get a head start. Overall, this certainly seems like a game I would enjoy.  Not to mention the high nostalgia factor. I love how closely this board game follows the video game. From the enemies to the items and even random encounters with old men and falling rocks, everything feels like it was designed by true fans of the video game.

More than anything else, I’m beyond delighted that this whole project was done by fans simply for the love of the series. That fills my heart meter.