With rumors of a certain bounty hunter rising to prominence on Necromunda, we present you with the lore of the abhumans known as Squats.

Never mind continuing our series on agri-world harvesting equipment, or pointing out dire threats to the Imperium, or delving into knowledge that isworth preserving in the Imperial Archives. Apparently what our Loremasters want to know about are the Squats, all because a bounty hunter on some backwater Hive world that’s one of the major manufacturers of Astra Militarum munitions that just happens to be full of “sexy, pulse-pounding action” and “thrilling warfare across a desolate wasteland” has taken to the “streets of a city where the only thing dirtier than the criminals…are the arbites.”

And if the manifestos are to be believed, “one abhuman has taken to the streets, with a taste for justice.” But you see, Loremasters, this is bound to be illegal, possibly even heretical because it appears that this lone bounty hunter has partnered with another abhuman: the beastman bounty hunter known as Gor Half-Horn. And together they’ll prove that “the Law doesn’t take… half-measures.”

Grendl Grendlesen and Gor Half-Horn in Lethal Hunt: Justice At Dawn ‘The Hunt In the Spire Never Ends’

And while that does sound like a thrilling primetime experience that would surely sweep the ratings and dominate the Thursday night 7pm central/pacific (Terra) time slot, it does feel like this is treading familiar ground. At any rate, since abhumans aren’t technically heretical and the Inquisition is still keeping a watchful eye on our offices for unspecified reasons, we are happy to report today on the lore behind the abhumans known as Squats.

Squats (Homo Sapiens Rotundus) are short, stocky and tough abhumans. Their average height was 1.4 metres. Of all the abhuman types, they most closely resembled humans. Squats were the descendants of humans who colonised the worlds around the galactic core in the far distant past. These worlds are some of the oldest in the galaxy, formed when the laws of physics had yet to be stabilised.

About the whole…laws of physics being stabilized…

The Squat ancestors were human colonists that reached the mineral rich worlds around the galactic core, during the time of the initial expansion beyond Earth’s own system, long before the emergence of the Emperor. The colonisation came at the right time, as Earth’s own mineral wealth was depleted. The worlds at the galactic core were rich in rare and unique minerals, but in terms of life were barren and unsuited for colonisation. These worlds are dark and bleak. Their gravity is great, usually two or three times that of Earth. Their atmospheres are either thin or non-existent. Even those planets with atmospheres are blasted by tremendous storms.

The Imperium first encountered the Squats during the age of reunification called the Great Crusade as the Emperor’s forces reached the worlds near the galactic core. Many of these worlds were the Squat homeworlds. Stubborn, insular and fiercely independent, war between the Squats and the Imperial forces was inevitable. High casualties suffered by the Space Marine Legions led to the development of the Mk. III Power Armour, suitable for the conditions being fought in – confined tunnel complexes with little cover. 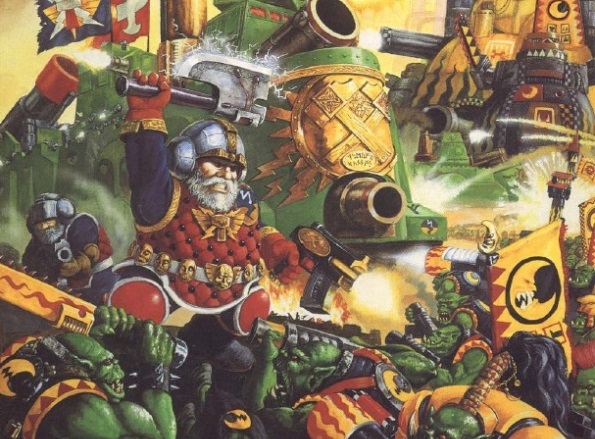 The Squat homeworlds have long been part of the Imperium, but enjoy a level of autonomy greater than the ordinary self-governed Imperial world. The Homeworlds, while governing themselves without interference from the Adeptus Terra, are expected to follow Imperial policy on wider issues. The relationship between the Homeworlds and the Imperium is generally peaceful, although through history has been punctuated by bouts of war and bitterness. The Squats and the Imperium trade to their mutual benefit. Both races also share many enemies, especially Orks, making it in their best interests to cooperate. The Squats do not follow the Imperial Cult, rather they revere their ancestors. Squats fighting alongside the Imperial Guard often adopt the Emperor into their beliefs, as a guardian of their ancestors.

During their long isolation the Squats were forced to become self-sufficient in order to survive the barren environments of their Homeworlds. They have also managed to maintain technological knowledge and expertise, which has allowed the race to continue to progress technologically. Accordingly the Squats have developed their own advanced technologies, which not even the most technically-adept of the Tech-priests understand. These include the neoplasma reactor powered by a warp-core and held in thrall by a zero-energy containment field. No other race has developed this technology and the Adeptus Mechanicus gave up on their experiments with warp-cores after the infamous Contagion of Ganymede. Some of the technology developed by the Squat engineers is considered too dangerous and remains unused[2]. Several of the weapons now in regular Imperial service were originally developed by the Squats: this includes the Leviathan super-heavy assault transport, Thunderfire cannon, Thudd gun and Mole mortar.

Now though they are rumored to have vanished, they appear merely to have been spending much of their time surviving. Off-the-clock, as it were. But now, with the appearance of Grendl Grendlsen and his half-horned partner, they seem ready to get back to doling out justice. In particular that part about the squads of motorcycles–just speaks of prime-time ready action sequences.

At any rate, Loremasters, that is enough excitement for today. Next week we’ll return to form with a lecture on the various types of wheat grown in across the agri-worlds of the Segmentum Solaris.

He’s a half-sized bounty hunter two days out from retirement. His partner’s a beastman with one horn and a burning need for action. Together they bring down the Ire…of the Spire. 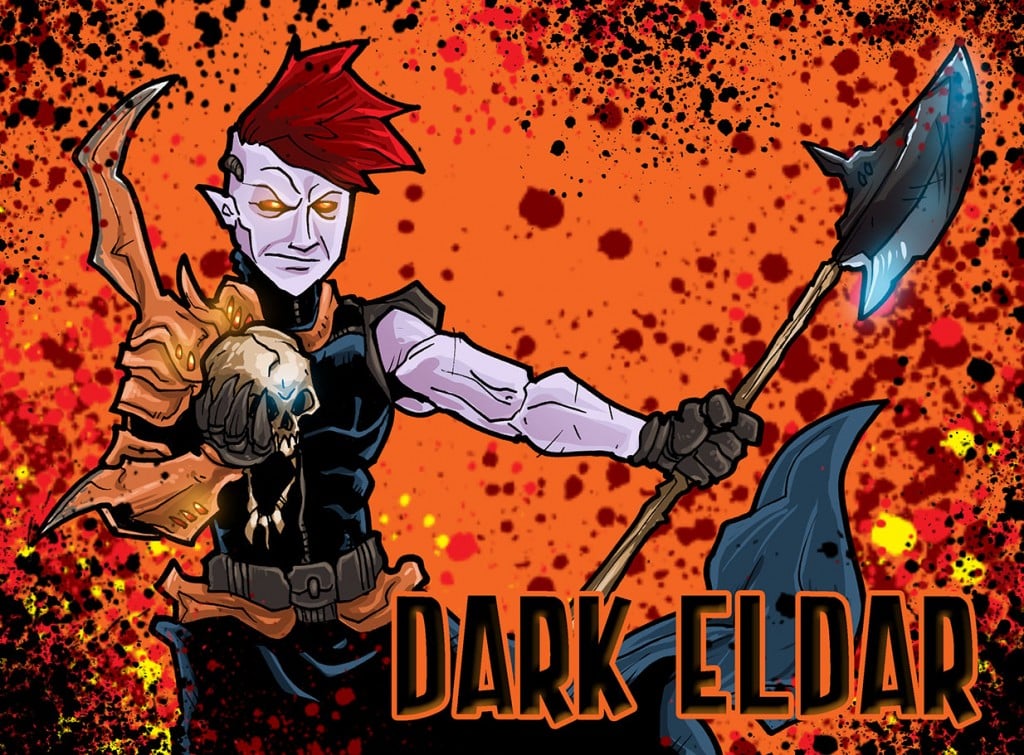