Wrath and Glory is coming to Free RPG Day this year–which is fairly exciting, because not only is that in June, but the fact that they’ll have a quickstart guide ready that…quickly…means that we should be seeing the full version coming not long after. And the more I see about Wrath and Glory, the more excited I am to see how it all fits together. And I’ll admit, I wasn’t sure how 40K Grab Bag parties would work together, but after seeing this intro comic–I’m into it. Check it out:

Published by Ulisses, this game will allow you to immerse yourself in the Warhammer 40,000 setting as you explore mysteries and battle fearsome foes – but don’t take our word for it. Ulisses have worked with ace artist Sarah Kaiser (whose work you may know from her webcomic Eagle Ordinary, or from right here on Warhammer Community!) to produce an ongoing comic tutorial for the game, titled Rites of Instruction. This showcases a detailed adventure featuring four characters, along with plenty of examples of the game mechanics. Check out the first four pages here, as four brave Imperial heroes investigate an abandoned facility on a frozen world. 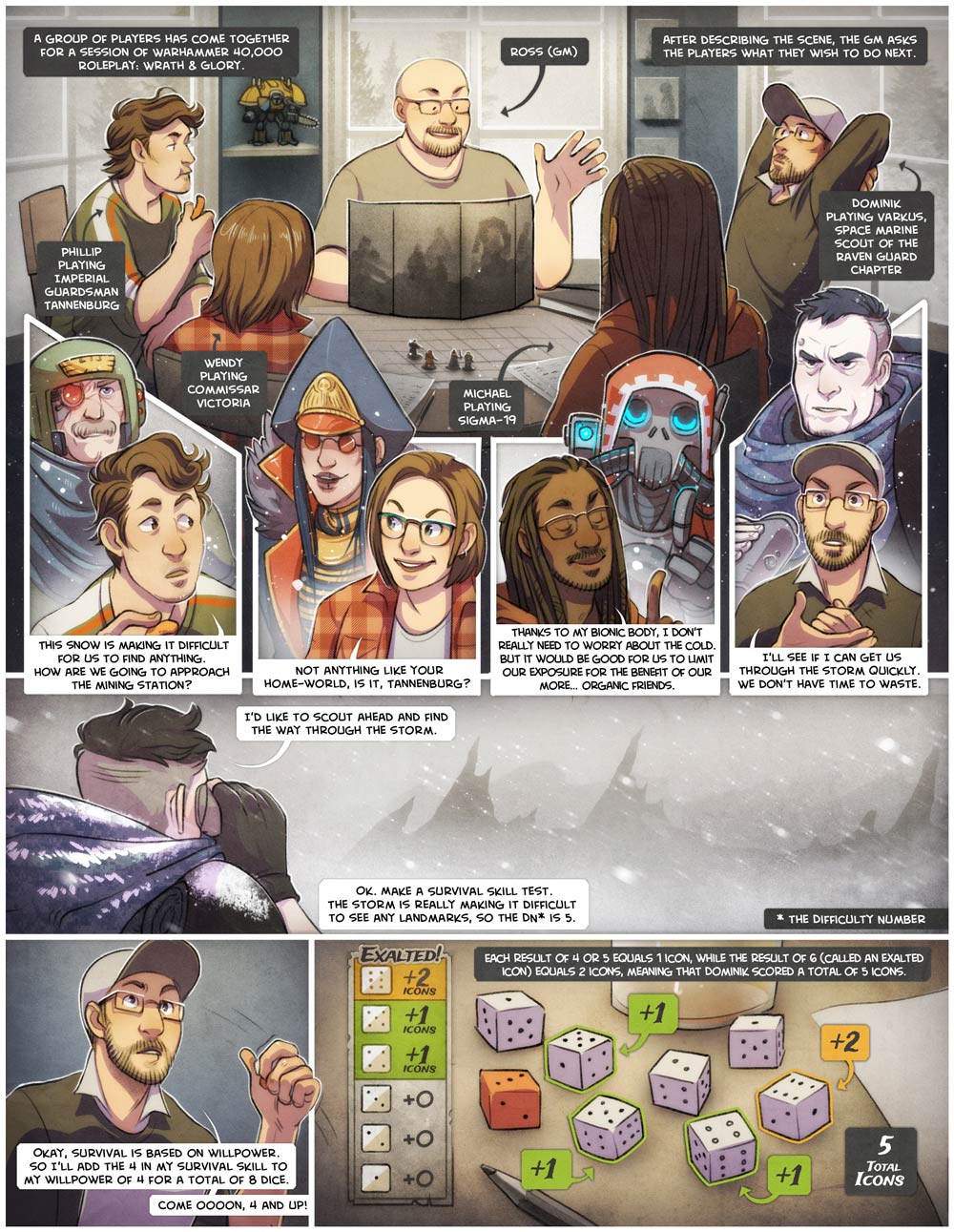 So right away we get a look at four of the possible things to be–Guardsperson, Commisar, Admech…I wanna say Enginseer?…and Space Marine Scout. If I had to guess I’d say that means each of these is a Tier 1 type Hero. The other big takeaway is the basic mechanic, which we’ve covered before, but: assemble a pool of dice, roll them vs. a target number 4+ is a success, with 6 counting as 2 successes. Pretty straightforward. But what really gets interesting is how the game handles failure…take a look below for a little on Failing Forward. 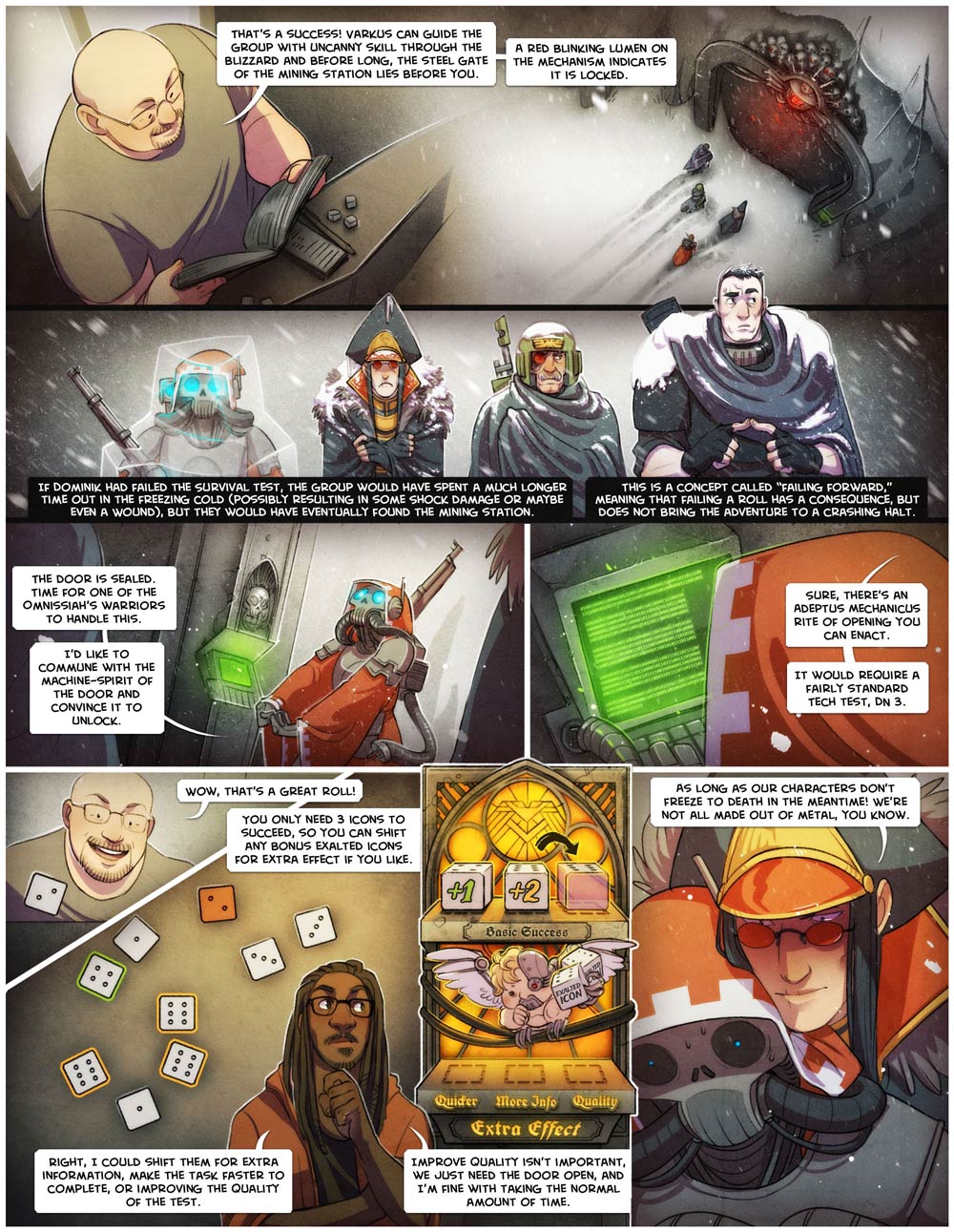 And of course you see how you can shift over extra 6’s for special cool time fun effects. I wonder if there are more we’ll see based on skill or task or something–I don’t know how shooting a bolter might go Quicker, for instance. 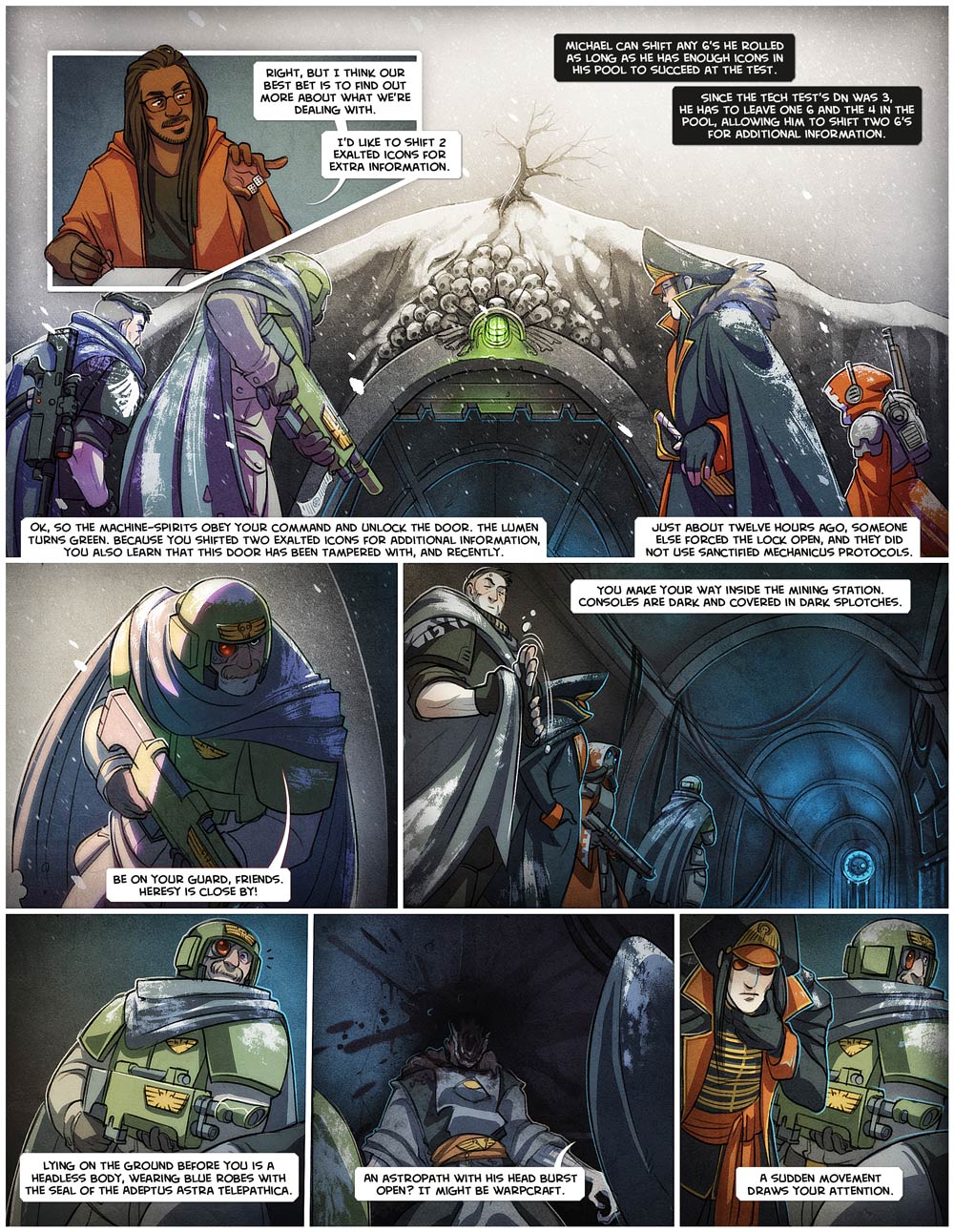 And the whole thing leaves off with a setup for 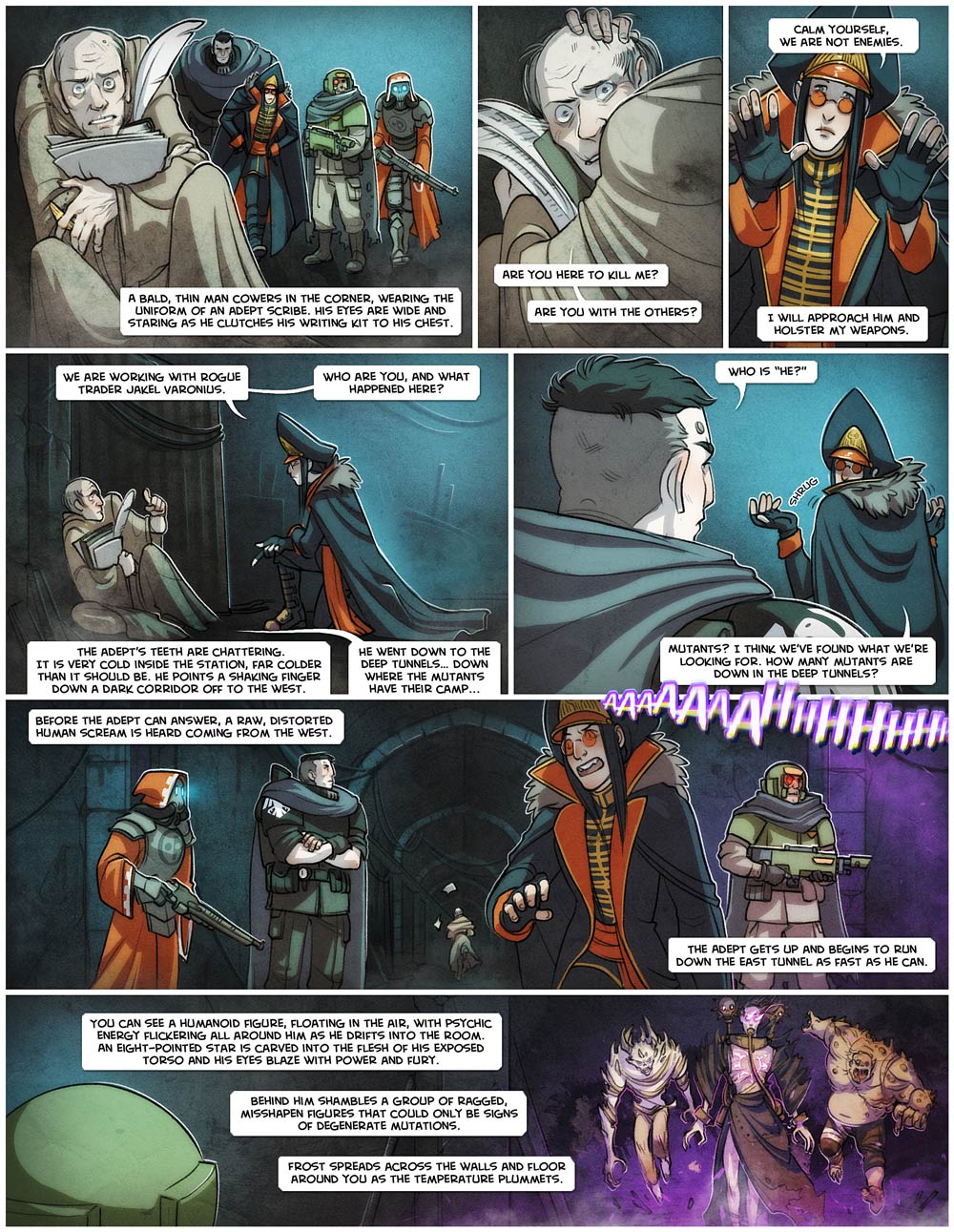 So that’s a pretty good setup for the game–this is only the first four pages. But we’ll be seeing more of it in the coming weeks, and as mentioned, you can pick up your copy of the Quickstart and hop into the Grimdark come Free RPG Day. So keep an eye out for it folks.

The most important rule will be the limit on “don’t turn around”s whenever someone is playing a Commissar (in town).

Author: J.R. Zambrano
Bell of Lost Souls Staff Writer and DM, J.R. covers RPGs of all stripes and on occasion eats sandwiches. You can ask him about either at [email protected]
Advertisement
RPGs Warhammer 40k Wrath & Glory
Advertisement