AoS: Mer-People May Be Coming… 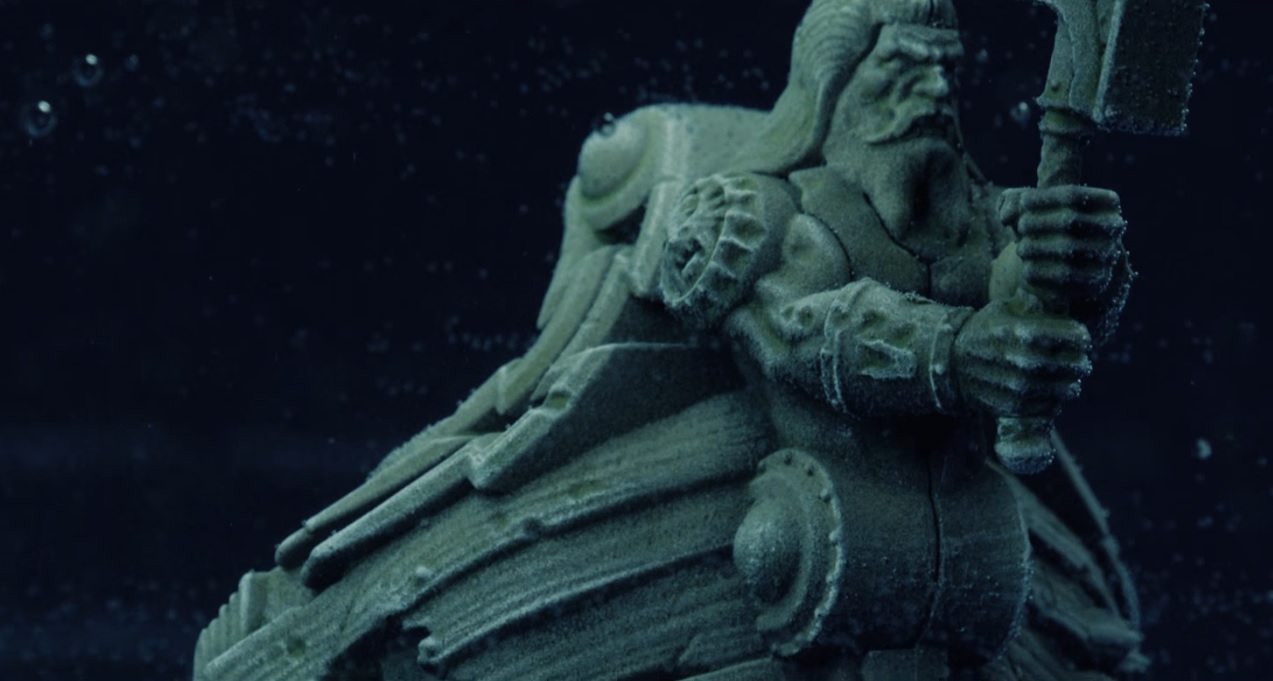 Hidden in the depths of the Daughters of Khaine is another piece of the menfish puzzle. Take a look…

So first, there’s Menfish: this is from Warhammer Fantasy 1st Edition, printed back in 1982. Now out of all of the things mentioned in this book everything here has been turned into a playable race…save one. 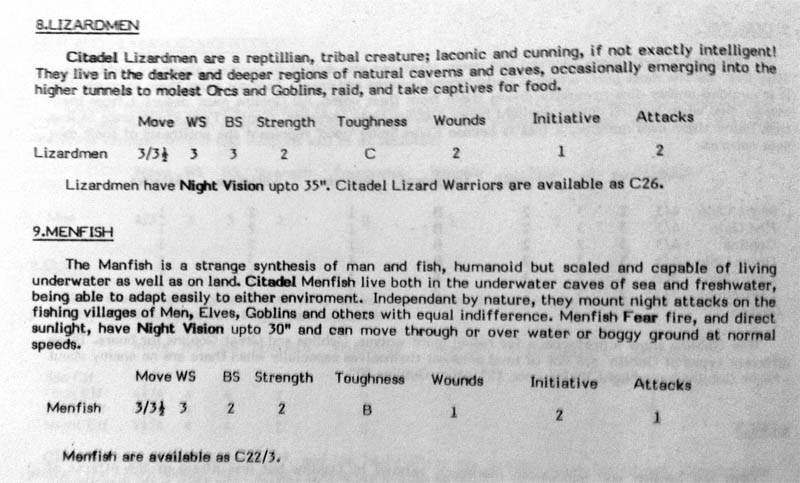 The Manfish. For decades players have been wondering if one day they might see a race of fish-people take to the shores of the Old World. Decades later… there was a mysterious undersea boat…

Which belied some kind of aquatic themed happenings. Sure, perhaps it’s just a sunken ruin, but–it seems like there might be slightly more to it than that after the latest news from the Daughters of Khaine sourcebook.

That’s right, hidden deep within the lore on the shadowy, murder-filled goings on of Ulgu and Hag Narr, there’s this little tidbit buried away. It talks about the various fights that have been going on in the Mortal Realms since the Elves, sorry Aelves, sorry, Aeioulves broke free of Slaanesh’s power and began fighting their own wars. One instance, in particular, seems to stand out–an incident from the War of Life when Alarielle is fighting Nurgle, and is aided by a band of Kraith from Morathi’s realm… 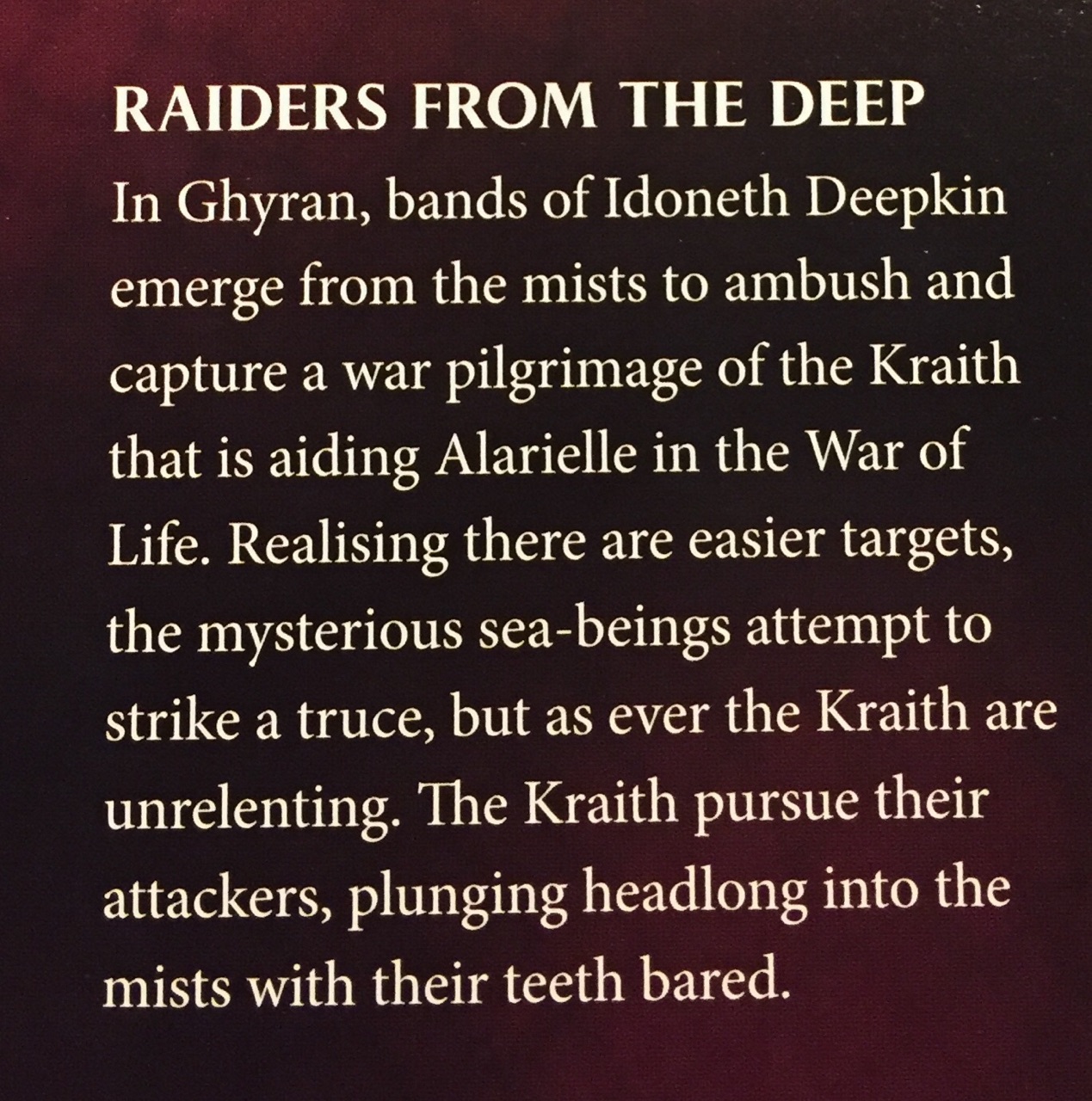 Now. I don’t want to start spurious unfounded rumors with little to no backing here. But Idoneth Deepkin absolutely sound like some kind of race of fish people. And they certainly fit with that boat that’s been pictured, especially given that Deepkin absolutely sound like the sort of thing that would live in the wreckage of a sunken ship. Or at least nearby it. Now, one thing to keep in mind, we know that the essence of the new elven gods (basically the ascended heroes of old) has been able to reshape their physical forms. Look at the Melusai and the Khinerai for proof–could these be some kind of sea aelves, or are they something else entirely?

Whatever the case, they briefly fought an alliance of both Dark and High Aelves, and tried to find a truce (though they may have instead just found murder). I don’t want to jump the gun here but, it sounds like there could be a new race of fishpeople coming to Age of Sigmar.

At any rate, whatever the boat and these Idoneth Deepkin turn out to be, I’m excited to find out.

In the meantime, just remember, in Ghyran, the seaweed is always greener.

Author: J.R. Zambrano
Bell of Lost Souls Staff Writer and DM, J.R. covers RPGs of all stripes and on occasion eats sandwiches. You can ask him about either at [email protected]
Advertisement
Age of Sigmar Lore Tabletop News
Advertisement

Toyland: Finally Become The Best Wizard Among Your Friends 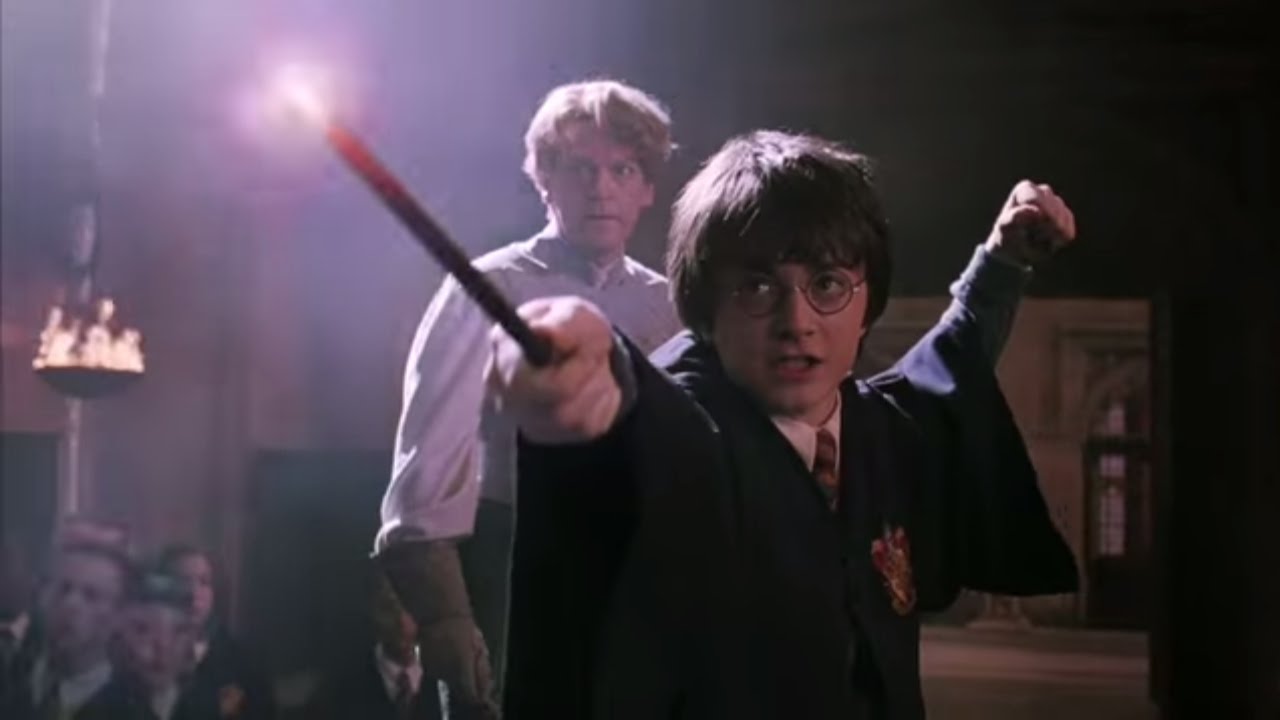