Fantasy Flight Games has been teasing the next expansion’s heroes and adventures for Eldritch Horror: Masks of Nyarlathotep and today we’re getting a taste of the continuing madness with the new campaign mode!

Masks of Nyarlathotep introduces a brand new way to experience games of Eldritch Horror with its campaign mode. Campaign mode sets up a world that’s threatened by a continuous onslaught of Ancient Ones, tasking the investigators to undertake six sequential games. Losing a single game to any one of these horrifying forces spells certain doom for mankind, and will cost you the entirety of the campaign. Can the investigators stop this barrage of Ancient Ones from destroying our vulnerable world during this unique cosmic event? 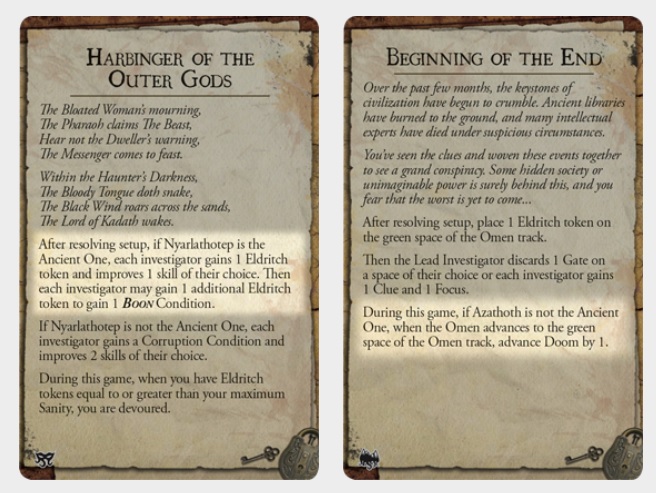 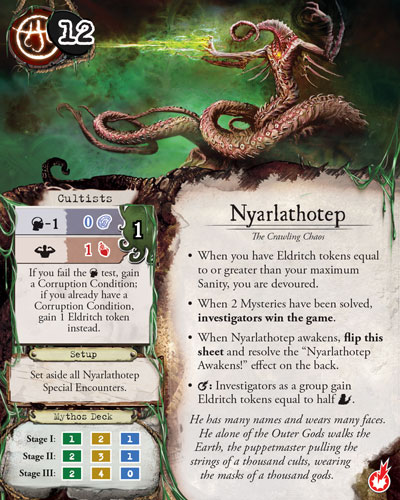 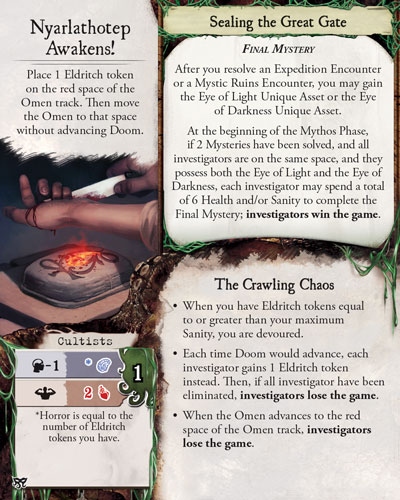 Just when you though you were out of the woods by defeating the first threat, the next threat is already on the way!

Rewards For The Risk

Playing 6 connected games sounds pretty cool – but it also sounds pretty grueling. Keep in mind you don’t actually have to play them all in a row in one sessions, just record your progress and pick-up where you left off. However, there is a benefit for playing in the extended Campaign Mode:

“In Masks of Nyarlathotep, investigators can use the Gather Resources action to to gain new Resource tokens. These tokens can be spent to recover additional health or sanity while resting, or can be used to add dice when you’re attempting to acquire new assets for your investigators. Gather and spend your Resources wisely to steel yourself against each new threat and arm yourself with the tools needed to continue defending our world.” 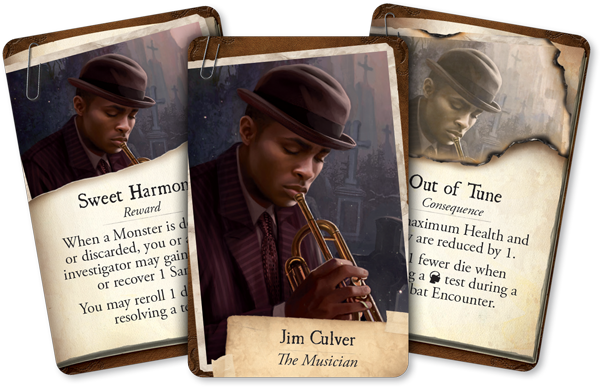 If Jim defeats enough Monsters he’ll learn Sweet Harmonies to play on his trumpet which nets him “an extra chance when resolving tests” or “soothing his own sanity.” However, if he gets beat-up too much, he’ll perminately lose 1 Health and will have a rough time with those will tests later… 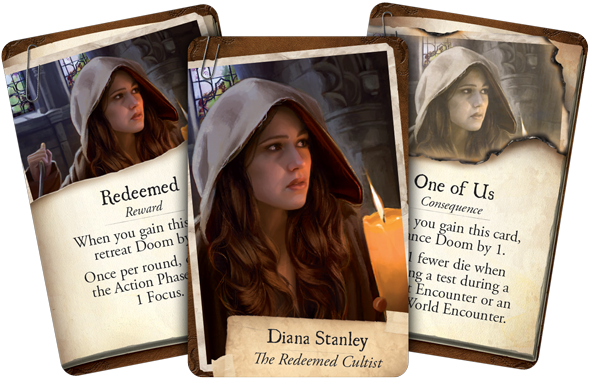 The Redeemed Cultists Diana Stanley is another example of the benefits or barriers that await your investigators. If too many cultists are on the board, the fear will overtake her and she’ll have a tougher time fighting monsters or resolving other world encounters. But, if she can get used to killing off those creatures she tried to summon, she’ll be a powerful force for good. Diana will push back the Doom track and gain a Focus every round!

The new campaign mode for Eldritch Horror certainly puts a new spin on how to play this game. Are you brave enough to face the unknown six times in a row? 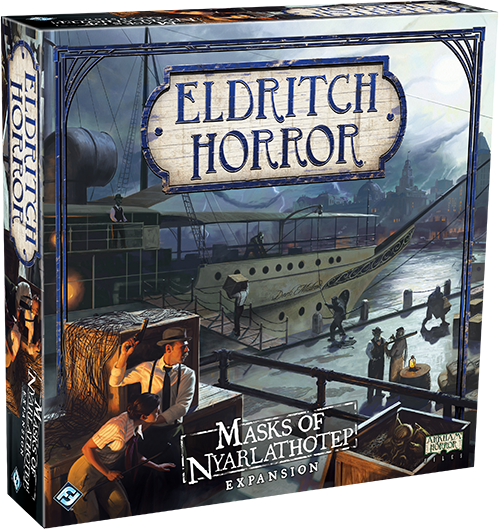 One threat down…5 more to go…

Author: Adam Harrison
Writer, Editor, Texas Native, and Austinite for 15+ years, Adam covers all things Tabletop Gaming. Which includes Warhammer 40,000, Age of Sigmar, D&D, Board Games and everything else that involves dice, boards, cards and a table. A hobbyist, player, and collector of miniatures and games, Adam's current obsession are his Death Armies for Age of Sigmar, his Blood Angels and Tyranids for 40k, and his ever growing Arkham Horror: The Card Game Collection.
Advertisement
Arkham Horror Board Games FFG - Fantasy Flight Games H.P. Lovecraft Tabletop News
Advertisement