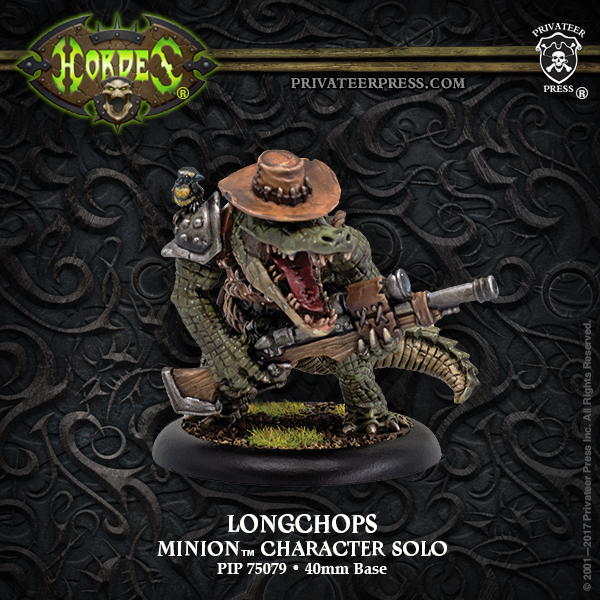 The infamous Deathjack is getting a terrifying new look, and the Blindwater’s monster hunter extraordinaire crawls out of the swamp, this week.

That’s right. Much like Lord Tyrant Hexeris last week, this week the Deathjack’s new model is being unveiled, alongside the eccentric monster hunter known as Longchops. Now, whether he’s a monster hunter because he hunts monsters, or he himself is a monster (well a gatorman) who hunts is unclear. What is clear, however, is that he is my new favorite model in all of Immoren. 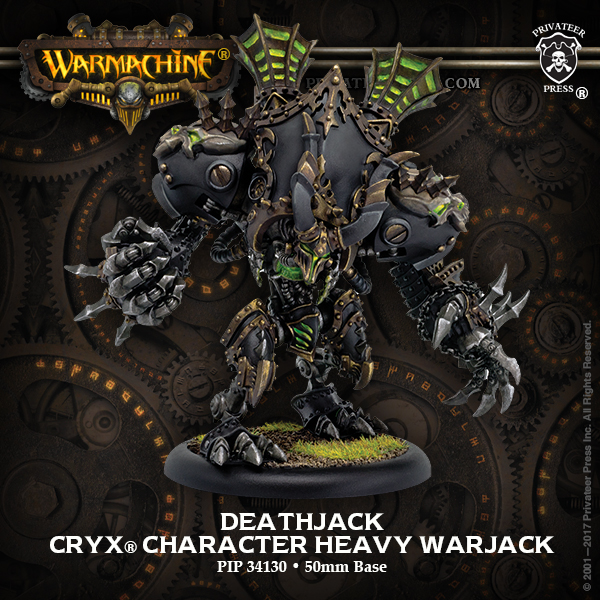 For more than 200 years, the necromechanikal horror called the Deathjack has haunted the wilds of western Immoren. Striking without warning, this infernal machine voraciously devours souls and leaves nothing but death and destruction in its wake.

An eccentric monster hunter from the swamp, the gatorman Longchops has earned a name for himself in the wilds of western Immoren. Constantly seeking larger and deadlier prey to pit himself against, Longchops carries a heavy rifle and a wide array of snares and traps, having adapted the techniques of humans in his search for the perfect prey.