At last, a snipe hunt that WON’T leave you alone and crying in the woods at 2am.

That’s right though. Iron Sights will bring Sniper Duels to the Iron Kingdoms AND your tabletop. In the latest No Quarter Prime, you can find the full set of rules for a mini-game that pits two of the many many sniper models that populate the Iron Kingdoms (and places beyond) against one another. Mimic the deadly hunt for a crafty opponent. Here’s a preview of how the game plays out, courtesy of Privateer Press. 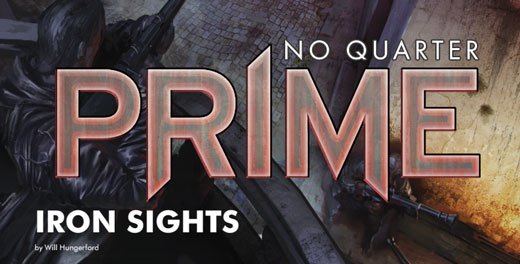 All you need to play is three small-based models, a 30˝ x 30˝ table space, some terrain, dice, a tape measure, and a copy of No Quarter Prime #3. You can use any three models you like, but it’s always fun to pair models with a thematic tie. One model represents your real Sniper, and the other two represent Echoes that obfuscate your Sniper’s position. Which model is which is a secret from your opponent—only you know who your Sniper is until your opponent can figure it out. Think of it as you have an actual sniper plus shadows dancing on walls or a noise in the distance represented by the Echoes.

Before the game begins, you customize your Sniper by adjusting its various attributes, such as how accurate it is with a rifle, how well it can sneak, or how well it can spot the enemy. Then you select a piece of unique gear, such as an arcantrik scope or some soft padded boots, that will help you in your mission.

And that mission is simple: determine which of your opponent’s models is the real Sniper, and put a bullet in its head. Players take turns activating a single model back and forth and can even activate the same model multiple times in a round as long as it doesn’t perform some more complex actions (such as running). When a model activates, it can take actions such as moving, aiming, peeking around corners to spot the enemy, or attempting to distract an opponent.

It’s all about mind games and trying to confuse your opponent. Once a shot is taken, if the model is hit (though there’s a chance to dodge!), it’s removed from play. If it was an Echo, no big deal—it simply fades away. If it was the Sniper, then the player that killed the Sniper immediately wins. Of course, removed Echoes can be returned to play, and the identity of the real Sniper can even be swapped mid-game by Snipers with a particularly strong stealth attribute.

Author: J.R. Zambrano
Bell of Lost Souls Staff Writer and DM, J.R. covers RPGs of all stripes and on occasion eats sandwiches. You can ask him about either at [email protected]
Advertisement
No Quarter Magazine Privateer Press Tabletop News Warmachine-Hordes
Advertisement 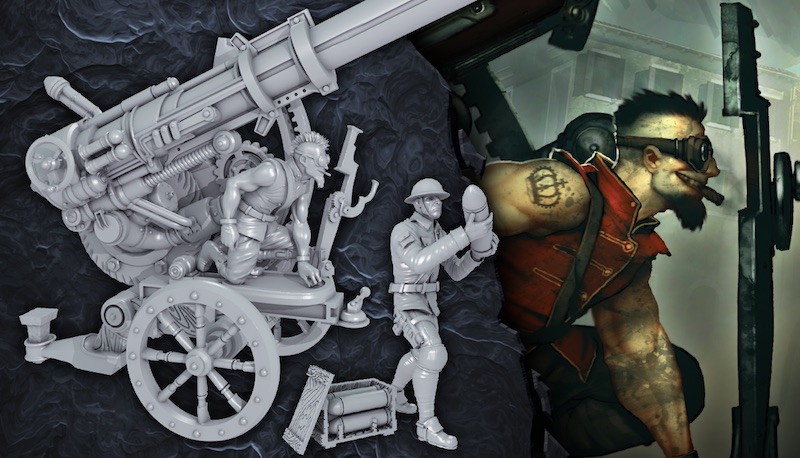