The Dueling Dust has settled in Portland and two decks walked away victorious! Check out the unbeatable lists!

At Star Wars: Destiny’s Portland Galactic Qualifier, two decks emerged unscathed from the field of battle. These decks were experimenting with some of the newest cards available thanks to the release of the new Legacies booster packs as well as the Luke Skywalker and Boba Fett starter sets.

Now, some folks might be wondering how there could have been two champions. Simple: There were two different qualifiers happening. The first was a “Trilogy” qualifier. And the second was a “Standard” qualifier. What’s the difference? It’s the card pool options. Right now, there is a bit of bleed over – but as more sets come out you can expect that to cycle out and those two formats will start to look different. For a primer, you can read that here. 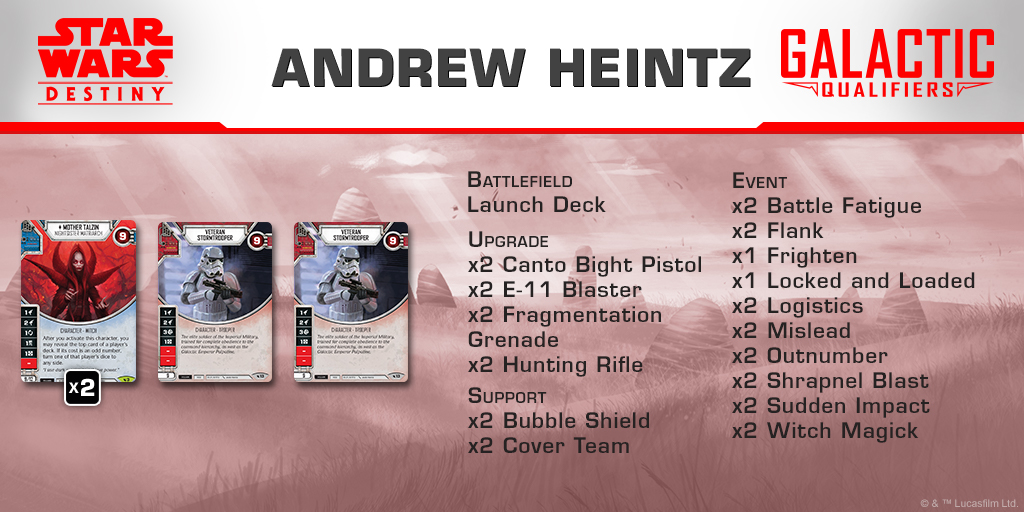 Andrew’s Deck really pushed the indirect damage on his opponents. Being a newer mechanic that was introduced in Legacies, it caught a lot of players off-guard. That allowed him to keep the pressure on all game long. Combined with the 27 health his 3 “heroes” brought to the table, he was able to bide his time, dish out the damage and then swing for the fences with cards like Sudden Impact. This is a textbook example of new cards/mechanics shaking up the meta in new and exciting ways. We’ll have to wait and see how this trickles down to future events. 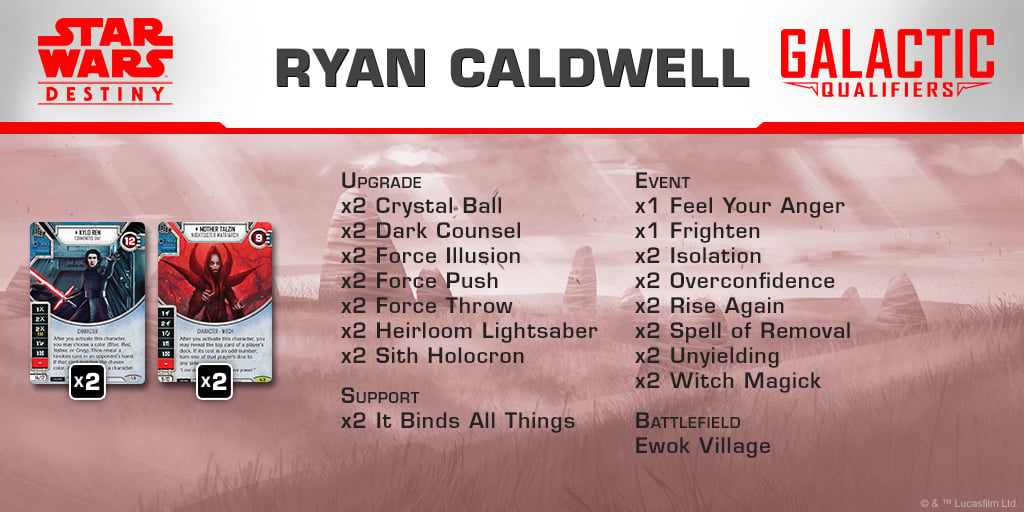 Ryan’s Deck handled itself very differently than the previous day’s event. It doesn’t rely heavily on those legendary cards but it has a theme and a plan and Ryan was able to execute his gameplan. This deck packs on a lot of healing cards and damage prevention. It’s pretty durable and manages to hang in there against the toughest decks.

Eagle-eyed readers might notice that Mother Talzin was featured in both decks as well as Witch Magick. Those are two cards that players are going to have to be aware of and I wouldn’t be surpised to see them show up in more and more decks.

If you want to read up on the event you can check out FFG’s full article HERE. Also, if you want to join the action, you can head to one of these upcoming Galactic Qualifiers and take a shot at shaping your own Destiny!

Author: Adam Harrison
Writer, Editor, Texas Native, and Austinite for 15+ years, Adam covers all things Tabletop Gaming. Which includes Warhammer 40,000, Age of Sigmar, D&D, Board Games and everything else that involves dice, boards, cards and a table. A hobbyist, player, and collector of miniatures and games, Adam's current obsession are his Death Armies for Age of Sigmar, his Blood Angels and Tyranids for 40k, and his ever growing Arkham Horror: The Card Game Collection.
Advertisement
Card Games CCG FFG - Fantasy Flight Games Star Wars Star Wars Destiny
Advertisement 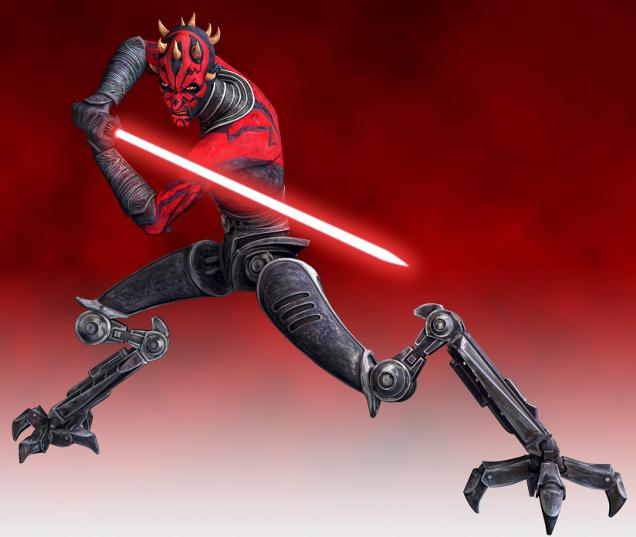