40K: Secrets of the Armiger Warglaive 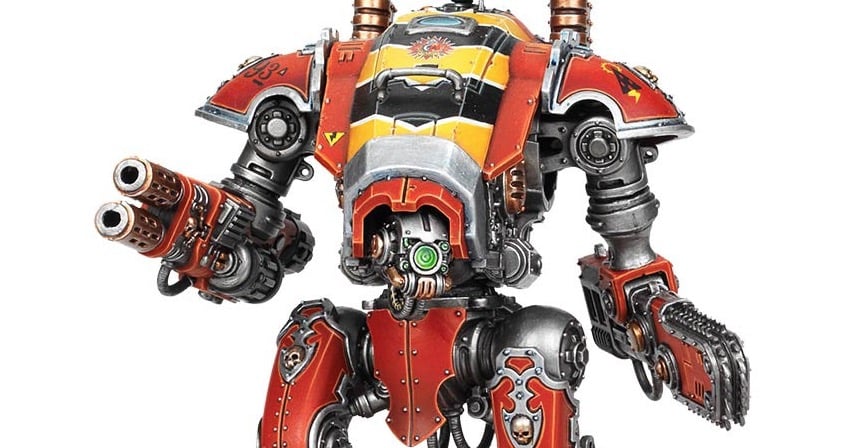 We’ve been going over the Armiger Warglaive with a fine-toothed comb – here’s what we’ve found.

The Armiger Warglaive was first announced at LVO at the GW seminar. We got a nice 360 of the model… and the following info:

“Smaller than their cousins and crewed by aspiring nobles, low-born commoners with a knack for war, or even the bastard children of Barons and High Kings, Armigers hunt and fight at the flanks of their larger kin. Knight Armigers will open up new tactical possibilities for Imperial Knights players, like a medieval lord hunting with his hounds, benefiting from a wider range of army builds.”

Fast forward a month to this week and we get pics of the new Forgebane boxed set doing the rounds at the tradeshow circuit.  More importantly we got to see detailed shots of the Armiger kit for the first time: 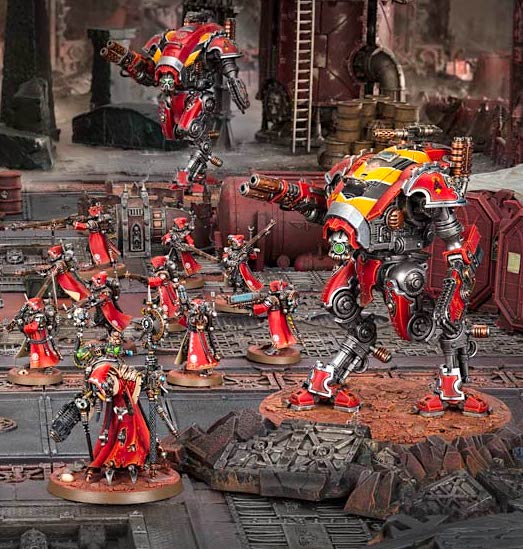 With these pics of Ad Mech infantry very close to the kit both in front and behind it, we can estimate its exact size.  We did a bit of math and came up with this: 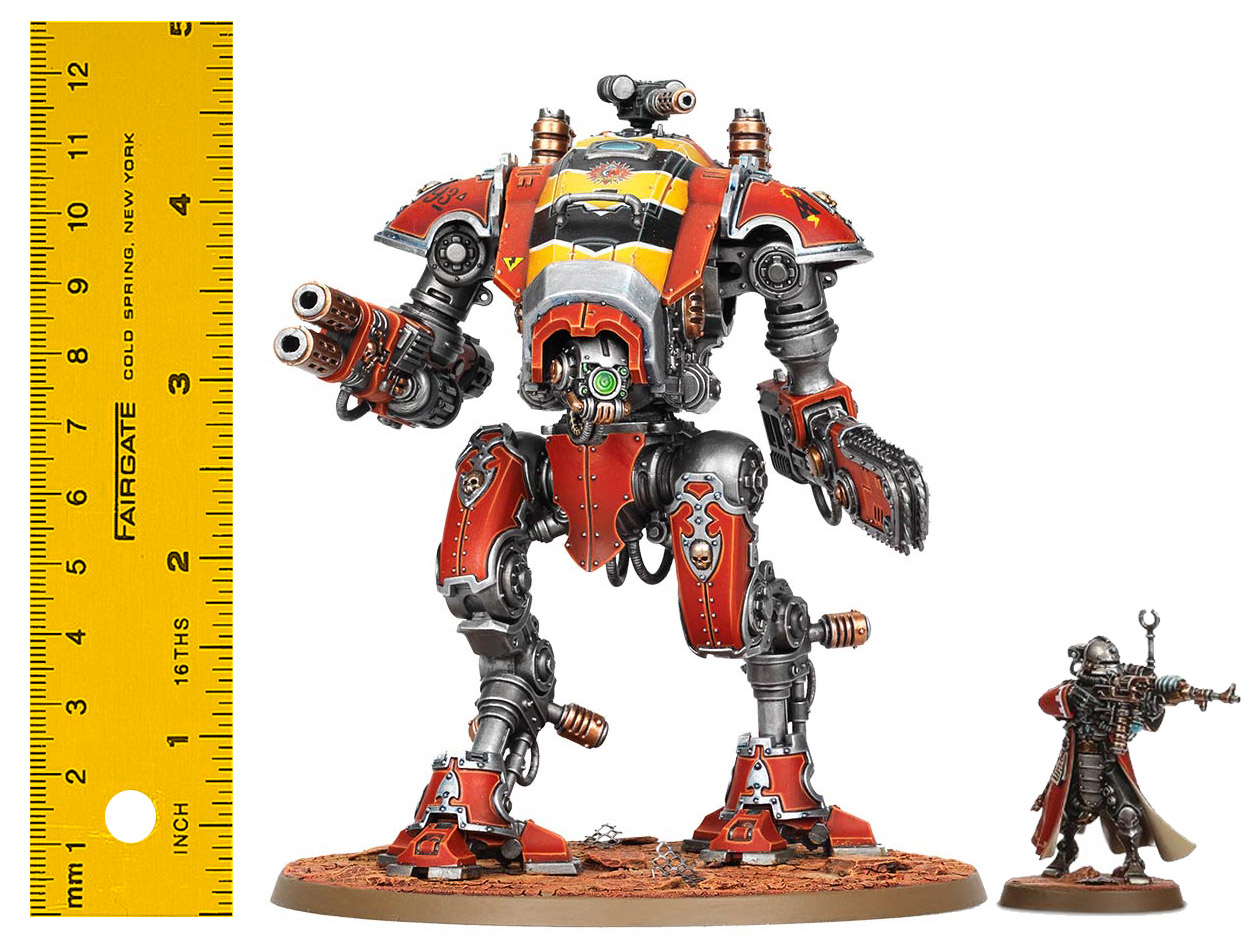 That feels about right and lines up with the picture up there – clocking in at roughly 4.5 – 4.75 inches tall.

We also got to see the sprues giving us our first look at the model kit itself: 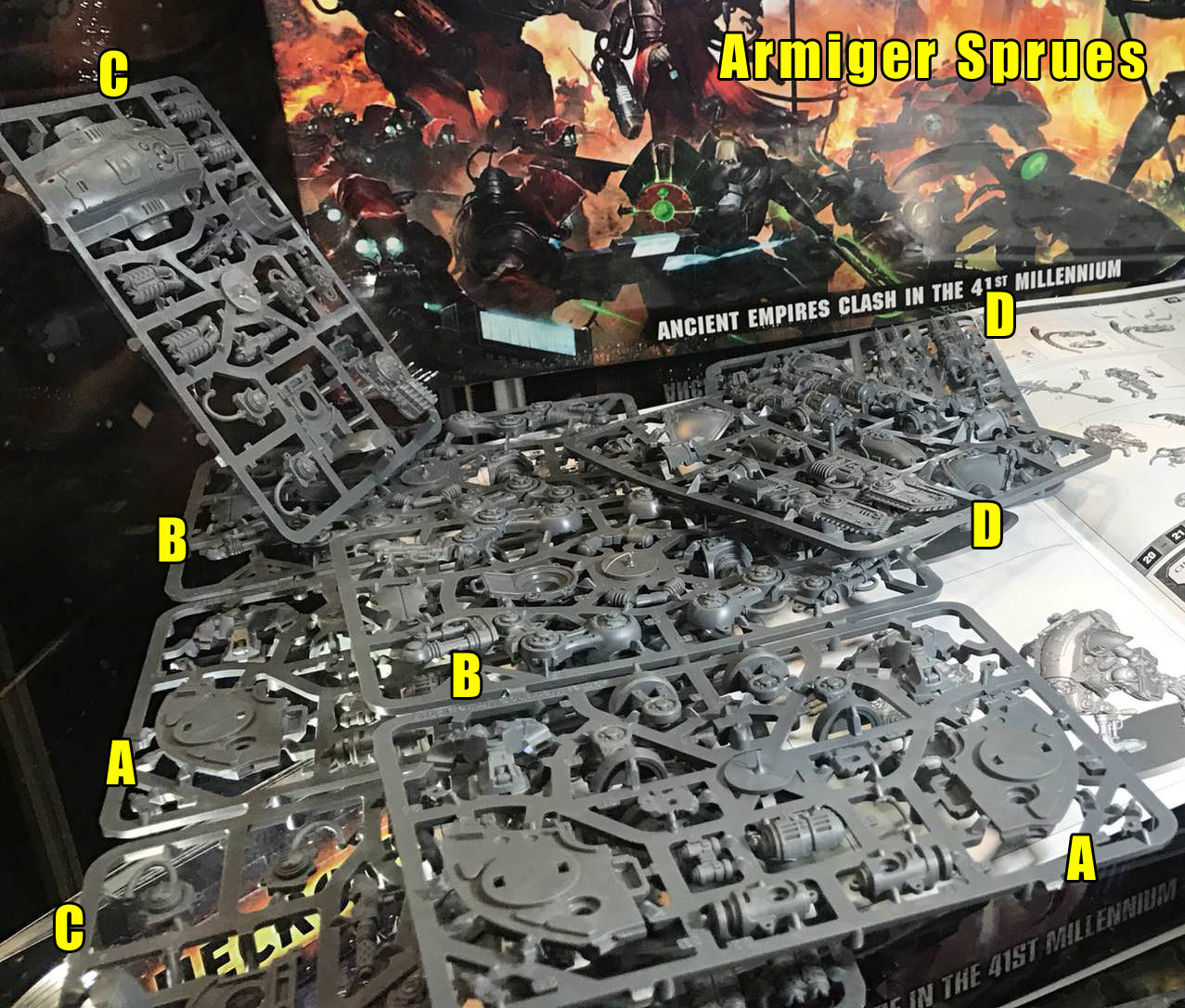 You can see the pic shows both of the Armigers in the boxed set on display. Each model kit has 4 sprues – based heavily on the Imperial Knight:

The sprues aren’t enormous like the Imperial Knight and you can compare them to the size of the instructions underneach for yet more scale estimates.

Based on that, I estimate it is at least 2-4 codex releases away.  GW usually won’t release models too far in advance of their accompanying codexes. If Necrons are right after Tau, the box could be released to coincide with that (Necrons are the other half of the set), and let players wait a few months with the “instructions rules” until Codex Imperial Knights comes out.

Alternatively they may just wait till Imperial Knights hits, which must be after the formally announced next 3 races.

We have seen GW show off sets at trade shows way ahead of release dates. Recall the Battle for Vedros boxed set that was spotted at a toy fair over 6 months before it’s release. 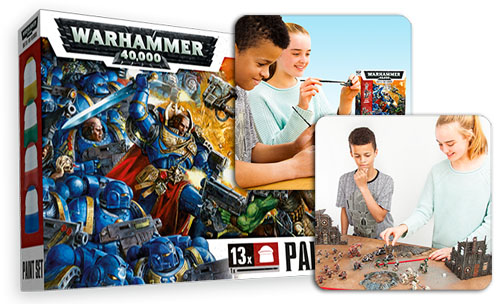 On the other hand – the Armiger WAS shown at LVO, so it’s can’t be too, too far off either.

~Hmm, quite a little mystery we have…

Author: Larry Vela
Dad, Gamer, Publisher, Pilot, Texan. All games all the time since junior-high. I started BoLS Interactive in 2006. I’m a lifelong tabletop & RPG gaming enthusiast, and internet publisher working to entertain and inform my readers every day. I've been playing RPGs and Tabletop Games since the 1970s. I'm been playing and covering Warhammer and Warhammer 40K for over 35 years.
Advertisement
Imperial Knights Miniatures Warhammer 40k
Advertisement

40K: Necrons On The Horizon For April