D&D: Sail The Skies With The Dogfighter’s Handbook 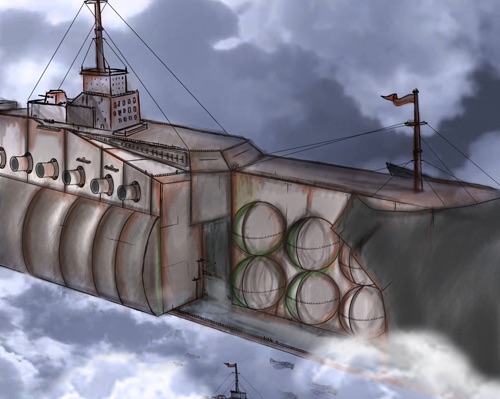 The Dogfighters Handbook is a DM’s Guild supplement that brings airships to 5th Edition.

I don’t know what else I need to tell you about this DM’s Guild Sourcebook to convince you of it. Airships. In 5th Edition. I mean, I could tell you that the rules are fairly straightfoward and layer over existing material with little extra work for you, the DM (or the players). That they’re some of the more usable airship rules I’ve seen, they even take into account players on flying mounts…they’re some of the best rules I didn’t realize I wanted until I came across them. Inside you’ll find rules that really make you feel like you’re piloting one of these airships–and the combat rules are pretty easy to pick up. 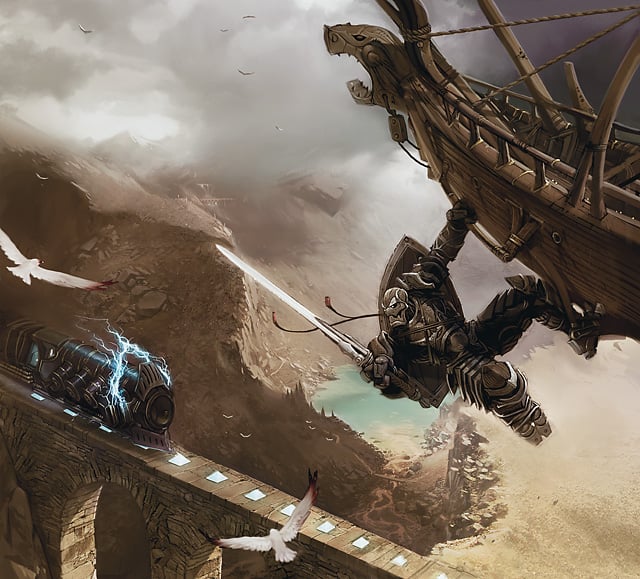 I hope I don’t have to tell you why airships are an exciting addition to any campaign. They’ve been a staple of the fantasy genre since before fantasy was even a codified genre. They capture the imagination, and whether you learned about them from something like Jules Verne or from Final Fantasy, airships are here to stay. So if you’re looking to add a little bit of adventure to the skies above your world, check this book out, it’s definitely worth a look. 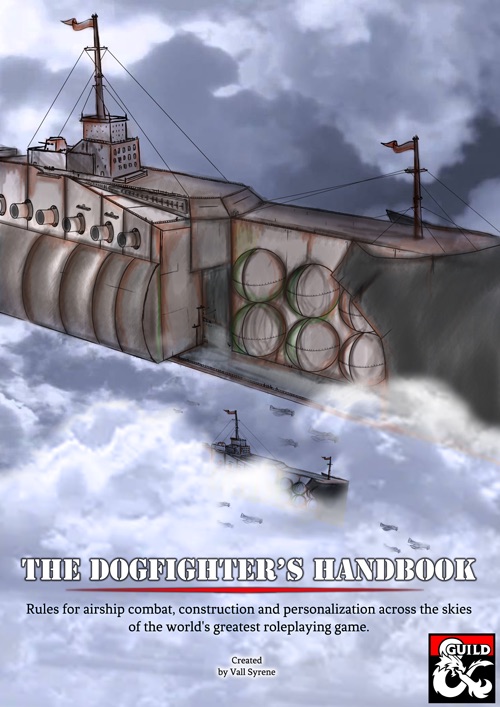 The engines screamed as Vincent slammed the throttle open, banking the old D-Grade aircraft into a sharp, declining tailspin. The flak cannons from the gigantic B-Grade airship opened up in response, peppering the air with clouds of deadly shrapnel. Dipping low beneath the exploding shards of metal, Vincent fought the battered aircraft for control; the cowling ripping off in a shower of sparks as the biplane skimmed the surface of the ocean. He pulled upward, taking aim at the steel behemoth flying above him, before squeezing the trigger.

What is the Dogfighter’s Handbook?

This supplement brings a host of new rules for airship combat to the world of D&D! From tiny, one man fighters to vast flying fortresses, The Dogfighter’s Handbook is a perfect tool for players and DMs to create their very own personal aircraft. Dart into deadly dogfights, or even massive fleet battles.

Modify your aircraft and watch as it grows from a simplistic fighter into a specialised weapon of destruction that compliments your character’s playstyle. Or grab a flying mount and take the fight directly to the heart of the enemy with rules for grappling and boarding!

D&D: Geryon, Inevitables, and More in Mordenkainen's Tome of Foes