FW: The Nazgûl Nine Are Complete 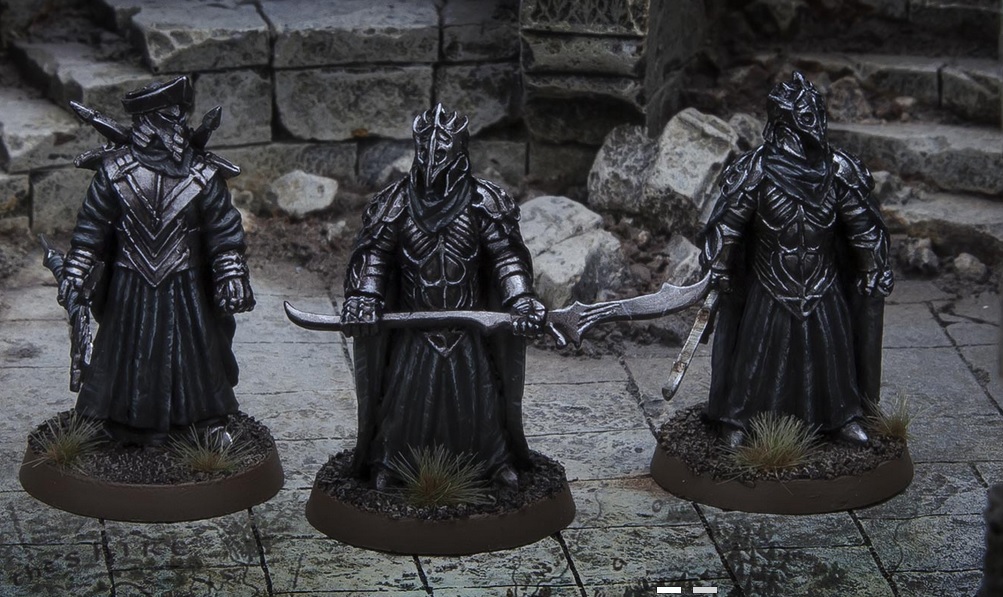 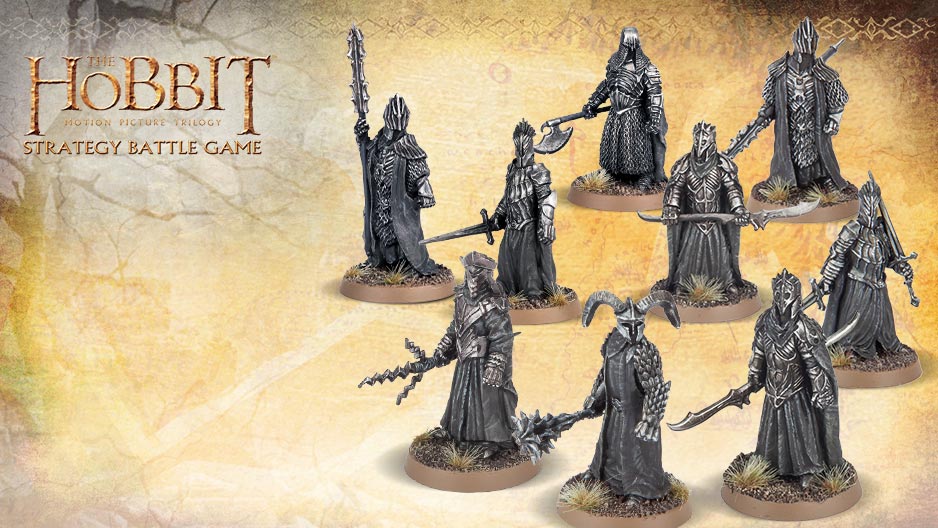 The Nazgûl are here from Forge World as well as some new defenders of Lake-town! 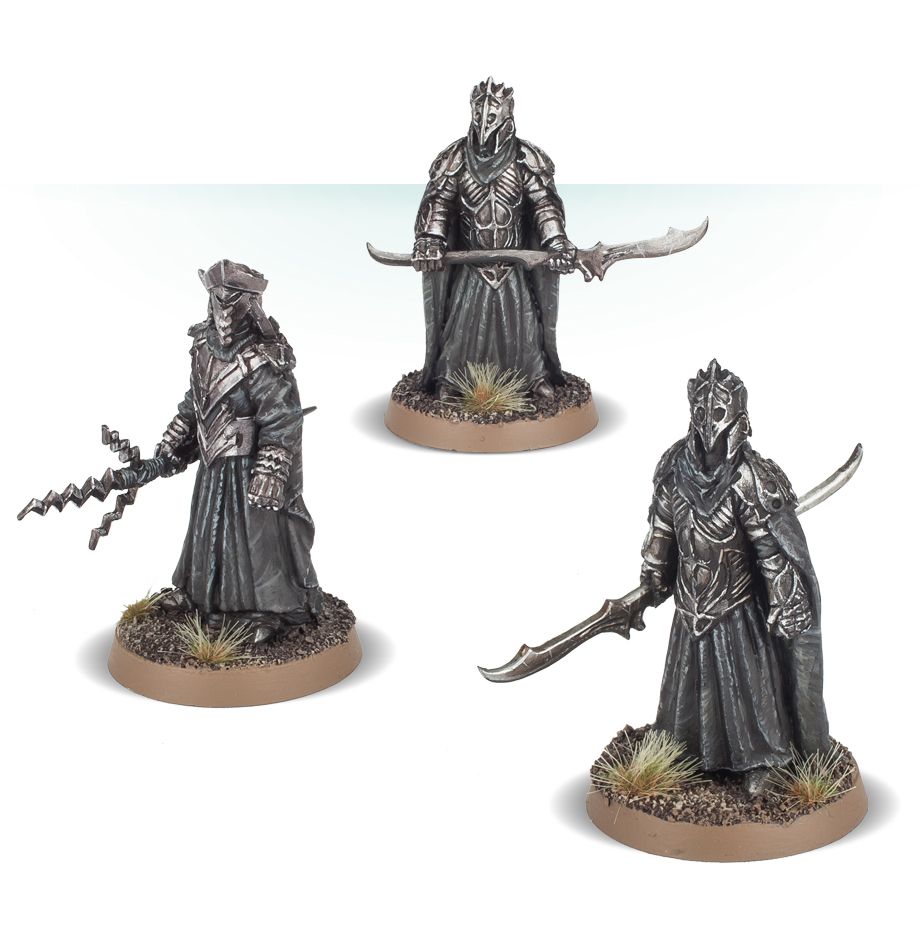 Appearing at Dol Guldur in a very different form to that of the Black Riders, at this point in their existence the Nazgûl are much swifter with a blade than the robed figures that appear many years later. Summoned into being by the Necromancer of Dol Guldur, the Nazgûl engage the White Council in a grim ballet of whirling blades and darting movement. Able to constantly return to battle once banished, the servants of the Dark Lord are a deadly foe unlike any the White Council has ever faced before. 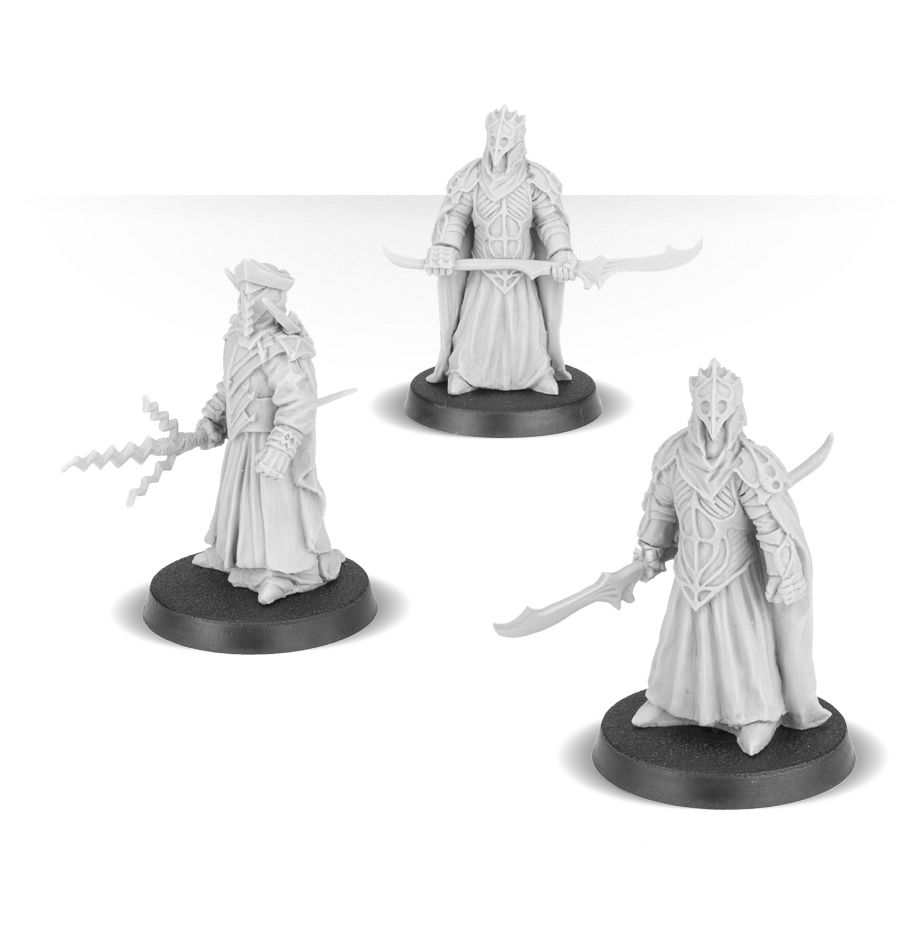 This multi-part resin kit contains the components necessary to assemble The Nazgûl of Dol Guldur 3, 3 Middle-earth miniatures. Each is remarkably sinister, with heavy robes, armour, spiked helmets and cowls obscuring their true forms, and grim weaponry in their gauntleted hands. The kit builds The Forsaken, who holds a bizarrely-shaped trident, and 2 Abyssal Knights. Each of these is clad in heavy robes and armour, with nothing visible of their faces – a truly sinister Hero addition to your Evil army. 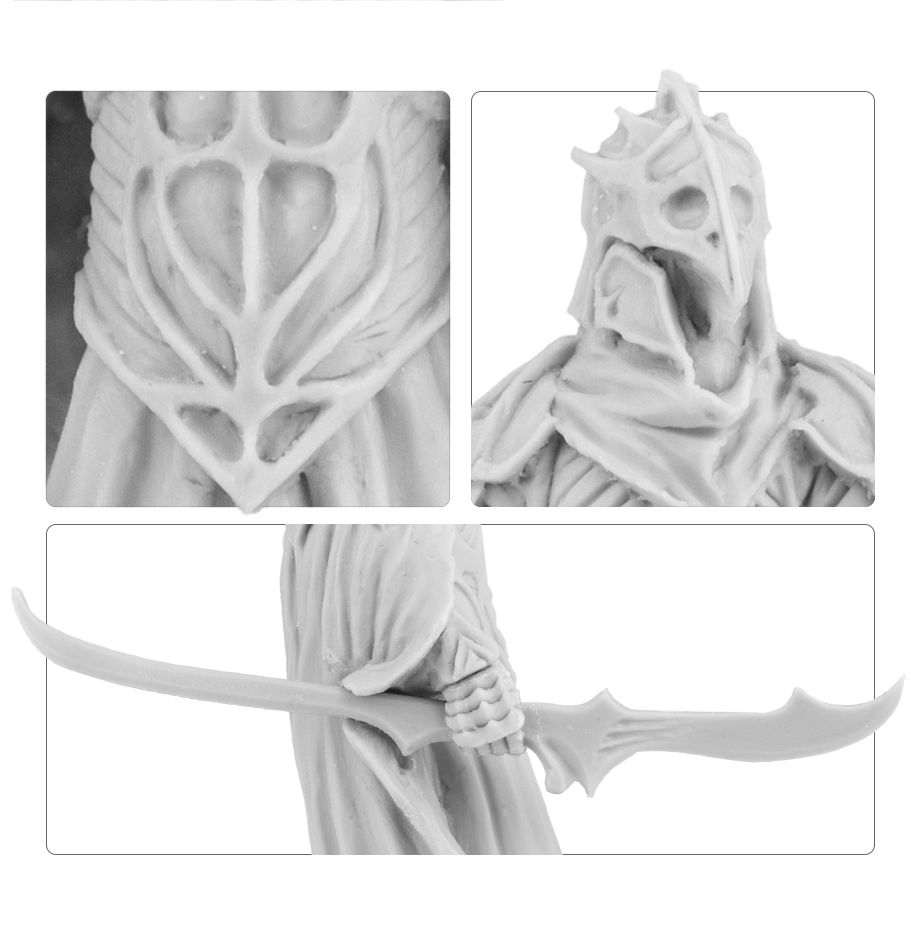 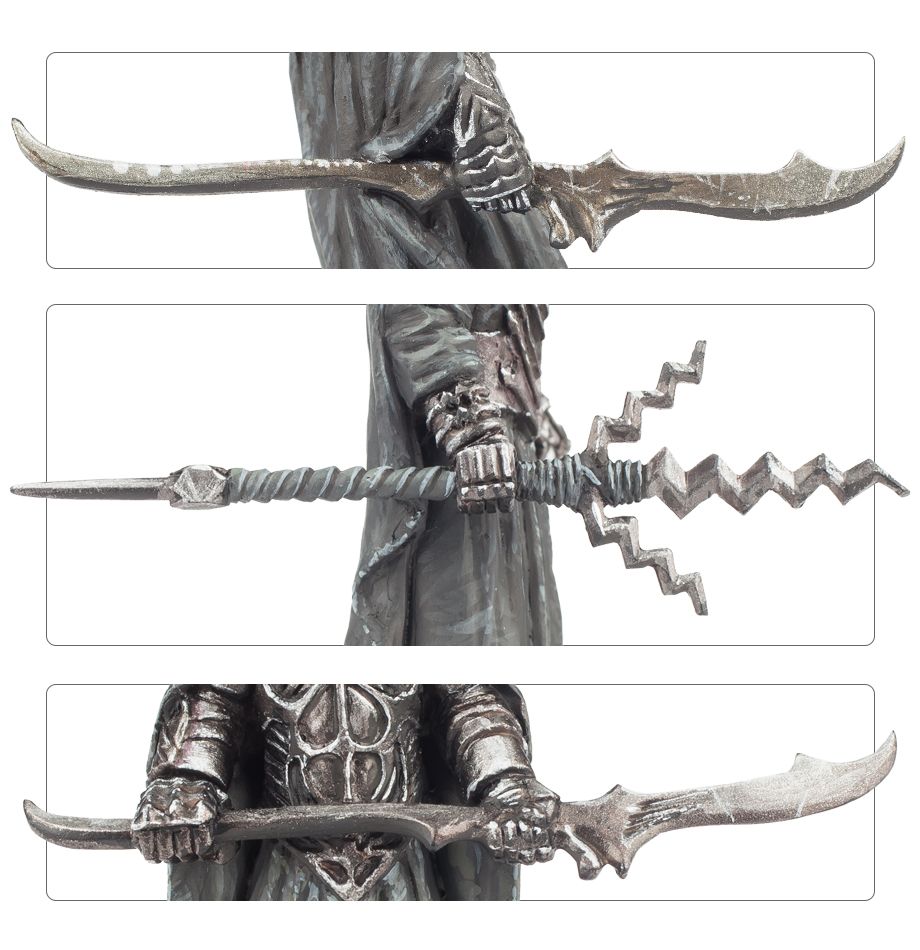 The miniatures come as 12 components and are supplied with 3 25mm round bases. Rules can be found in The Hobbit: Motion Picture Trilogy™ There and Back Again. 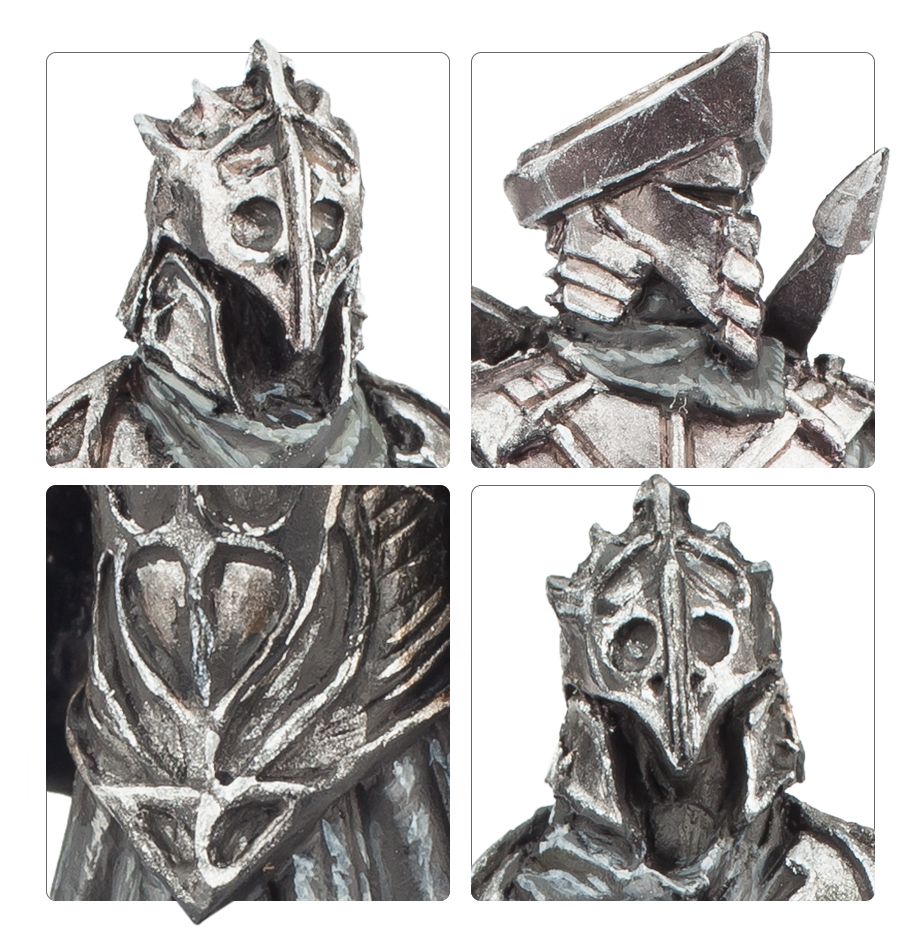 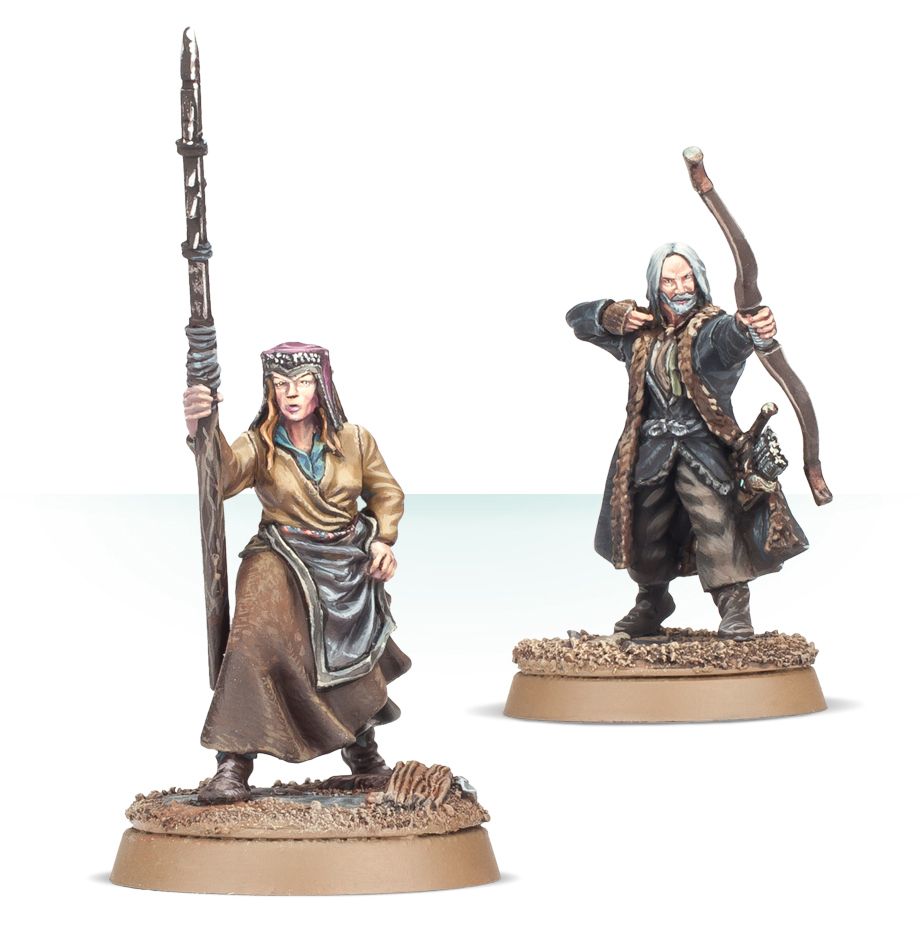 A resident of Esgaroth, Hilda Bianca leads the charge of the women, old and wounded from the great hall. Whilst not versed in combat, Hilda Bianca demonstrates tremendous courage. Armed with a fishing spear and rallying others behind her, she joins the men of Lake-town in the fight for Dale, knowing full well that this could be her end. 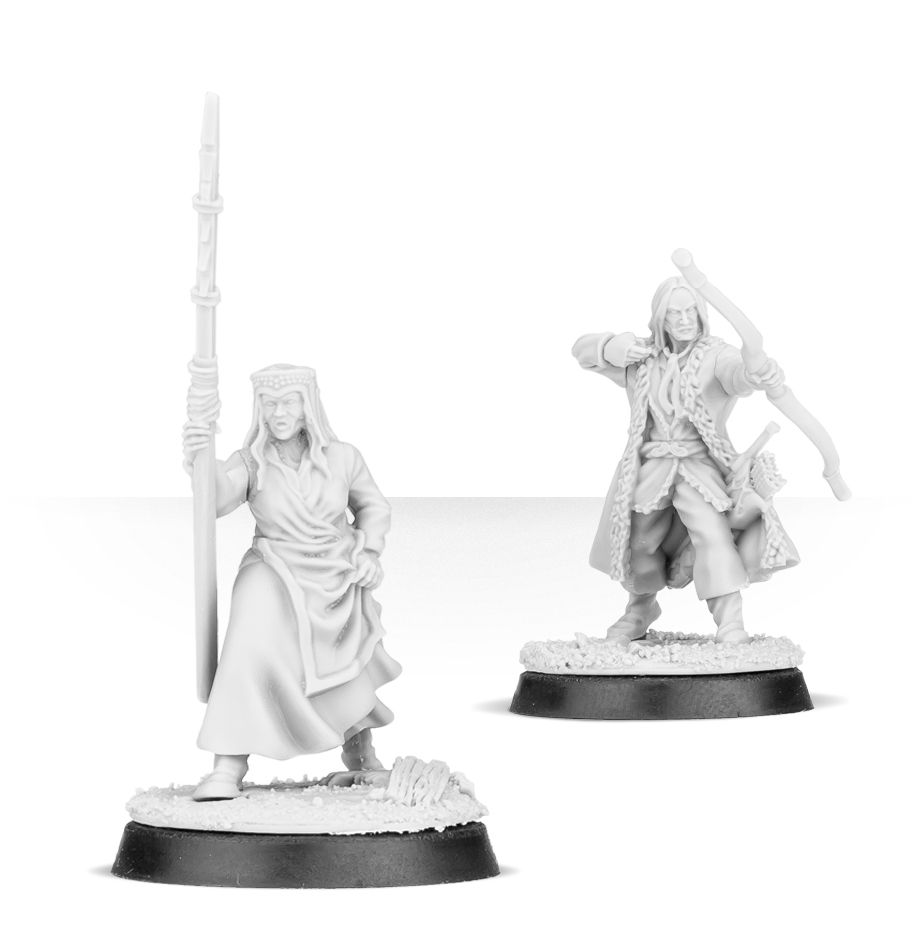 The former porter of Lake-town, Percy was a humble man and an upstanding pillar of the community. During The Battle of the Five Armies, he rose to the occasion to become second-in-command under Bard the Bowman™. Percy proved himself to be as skilled an archer as he is a leader, rallying the survivors of Lake-town to stand defiant amidst the heat of battle. 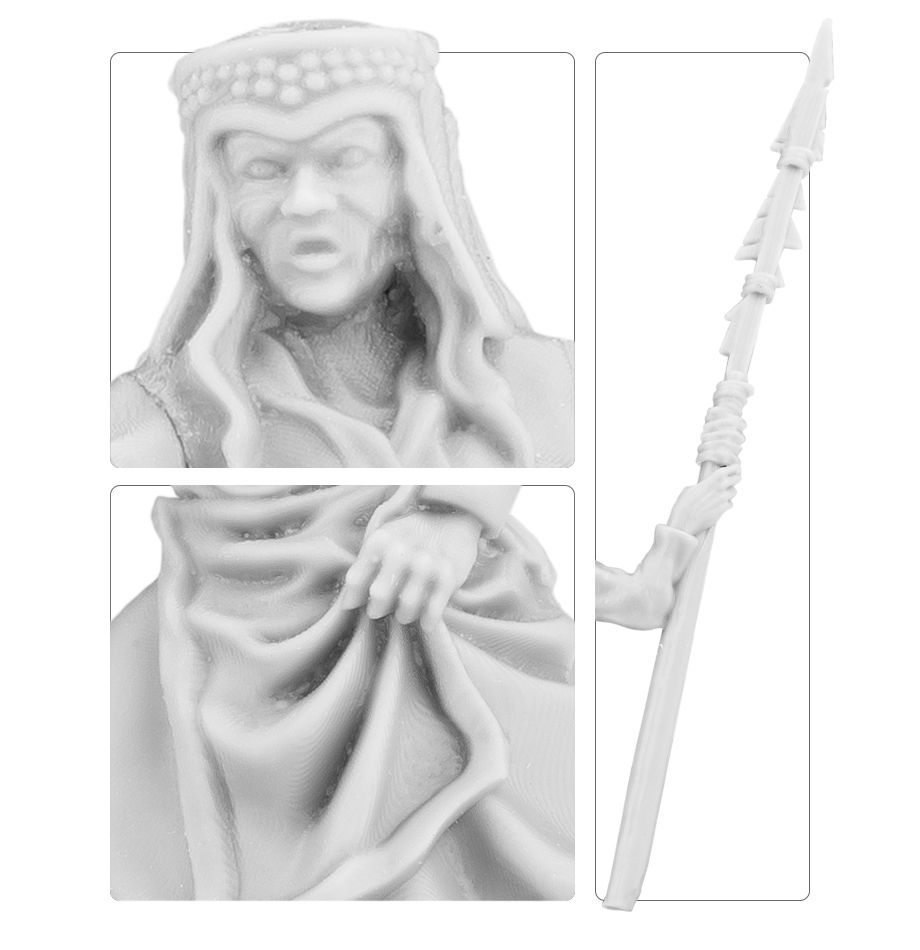 This multi-part resin kit contains the components necessary to assemble Hilda Bianca & Percy, Heroes of Lake-town. Hilda Bianca is posed defiantly, bunching her skirts out of the way with one hand, an enormous barbed fishing spear in the other. Percy, with his detailed long hair and beard, wields his bow in his left hand, drawing it back with the other. On his hip is modelled a quiver, peeking out from beneath his overcoat. 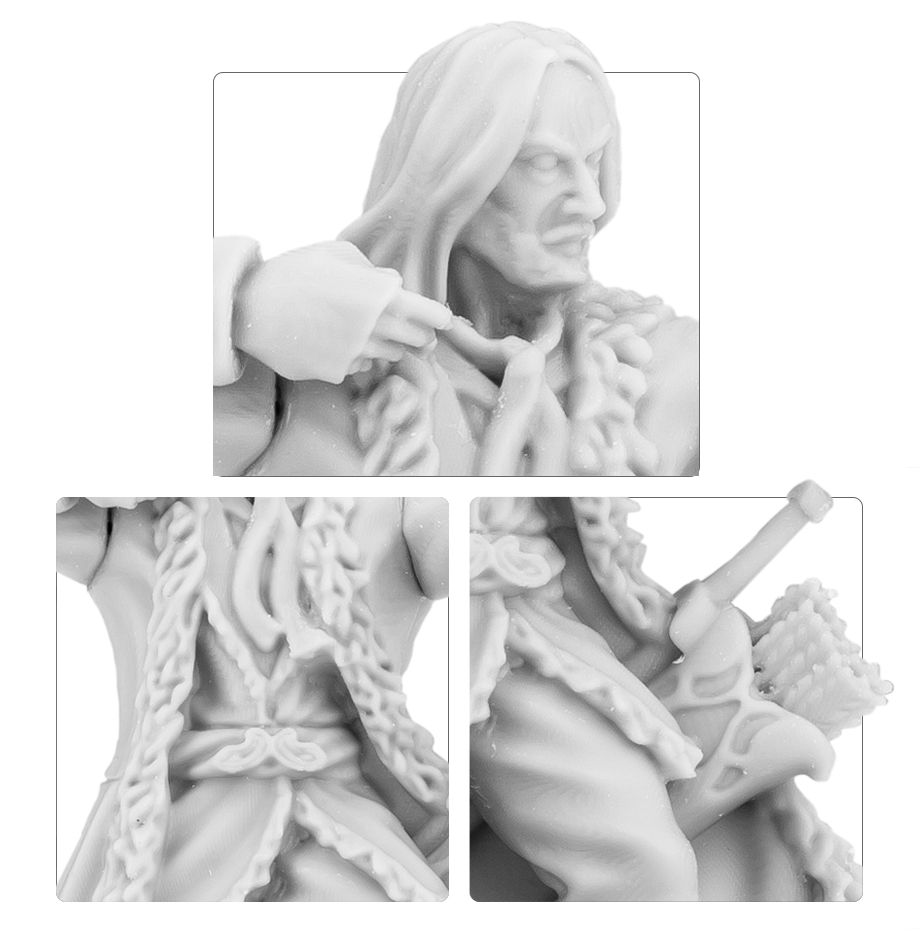 These 2 models come as 5 components, and are supplied with 2 25mm round bases. Rules are found in The Hobbit: Motion Picture Trilogy™: There And Back Again. 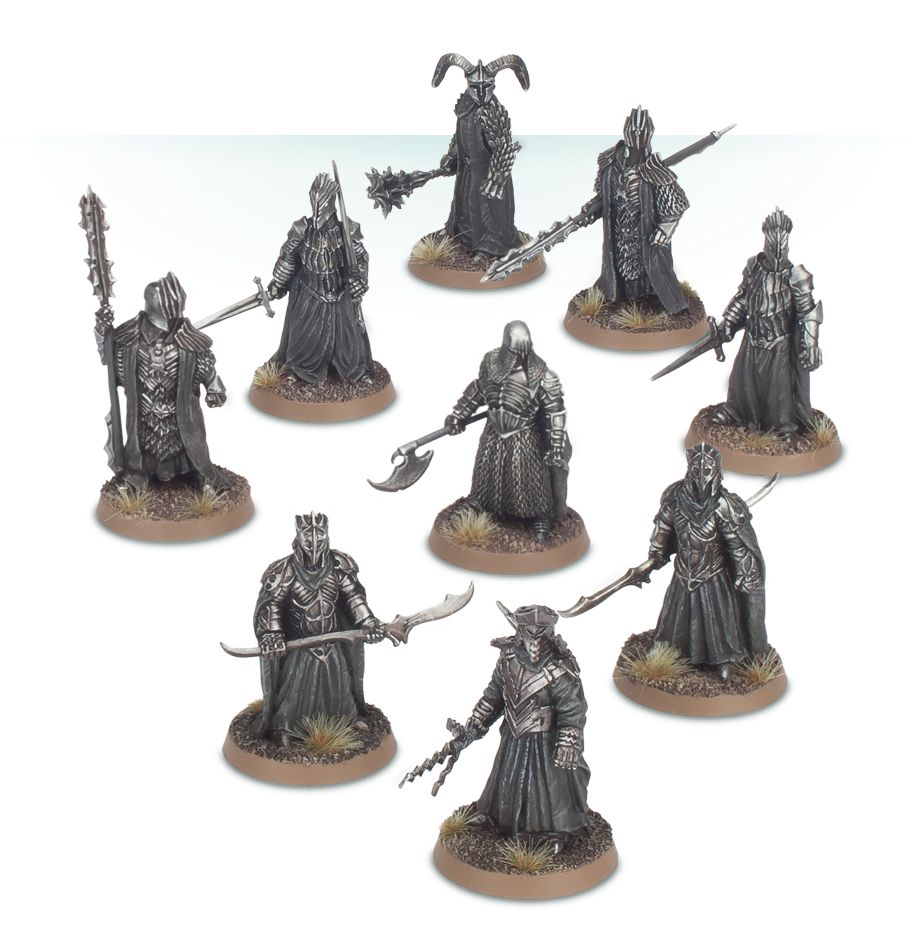 ~J.R.R. Tolkien, The Lord of the Rings

Author: Adam Harrison
Writer, Editor, Texas Native, and Austinite for 15+ years, Adam covers all things Tabletop Gaming. Which includes Warhammer 40,000, Age of Sigmar, D&D, Board Games and everything else that involves dice, boards, cards and a table. A hobbyist, player, and collector of miniatures and games, Adam's current obsession are his Death Armies for Age of Sigmar, his Blood Angels and Tyranids for 40k, and his ever growing Arkham Horror: The Card Game Collection.
Advertisement
Forge World Games Workshop Lord of the Rings Miniatures Tabletop News
Advertisement