The next Pathfinder Adventure Path has officially launched. There’s action and intrigue galore–but what else would you expect from something titled the War for the Crown. That’s a positively Shakespearean premise, so be sure to look for a comedic gravedigger or couple of messengers to have some mistaken identities. At any rate, the whole thing kicks off with an assassination attempt, and a race though the undercroft of Taldor’s Senate.

Everyone Loves a Party

As Taldor’s entire capital city gathers to celebrate, few realize that conspiracy and royal rivalries are about to shake the empire to its core! When a high-minded cabal of senators and nobles tries to steer the nation away from disaster, Emperor Stavian III orders a bloodbath in the senate halls, trapping neophyte spies inside layer upon layer of magical security. As tensions rise and the emperor falls, can the heroes escape the forgotten halls beneath the senate and save the heir to Taldor from an assassin’s blade? And even then, can anyone prevent a civil war that will tear one of the Inner Sea’s oldest nations apart at its rotting seams? 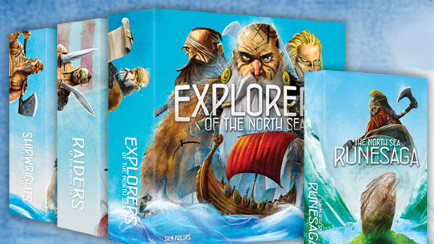