Steel Your Heart and Mind in The ‘Tower of Madness’ 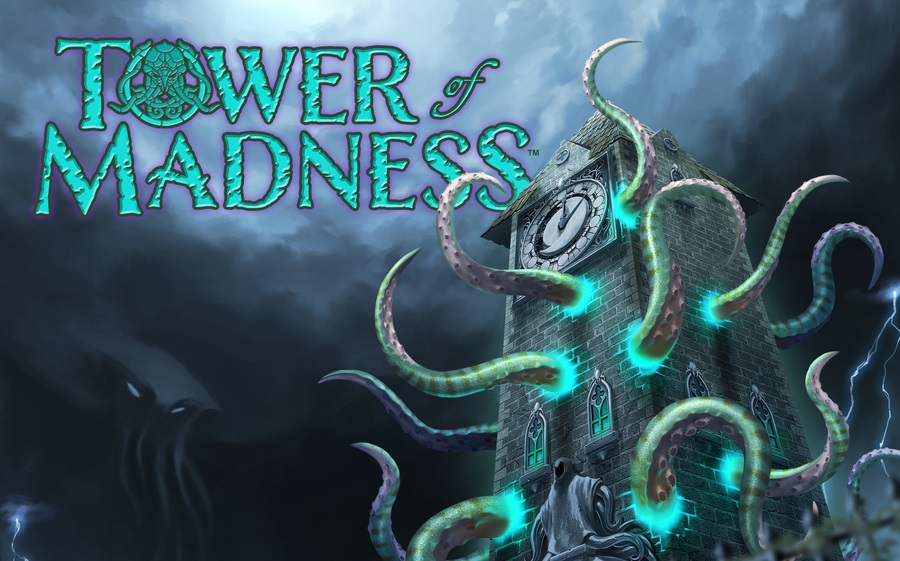 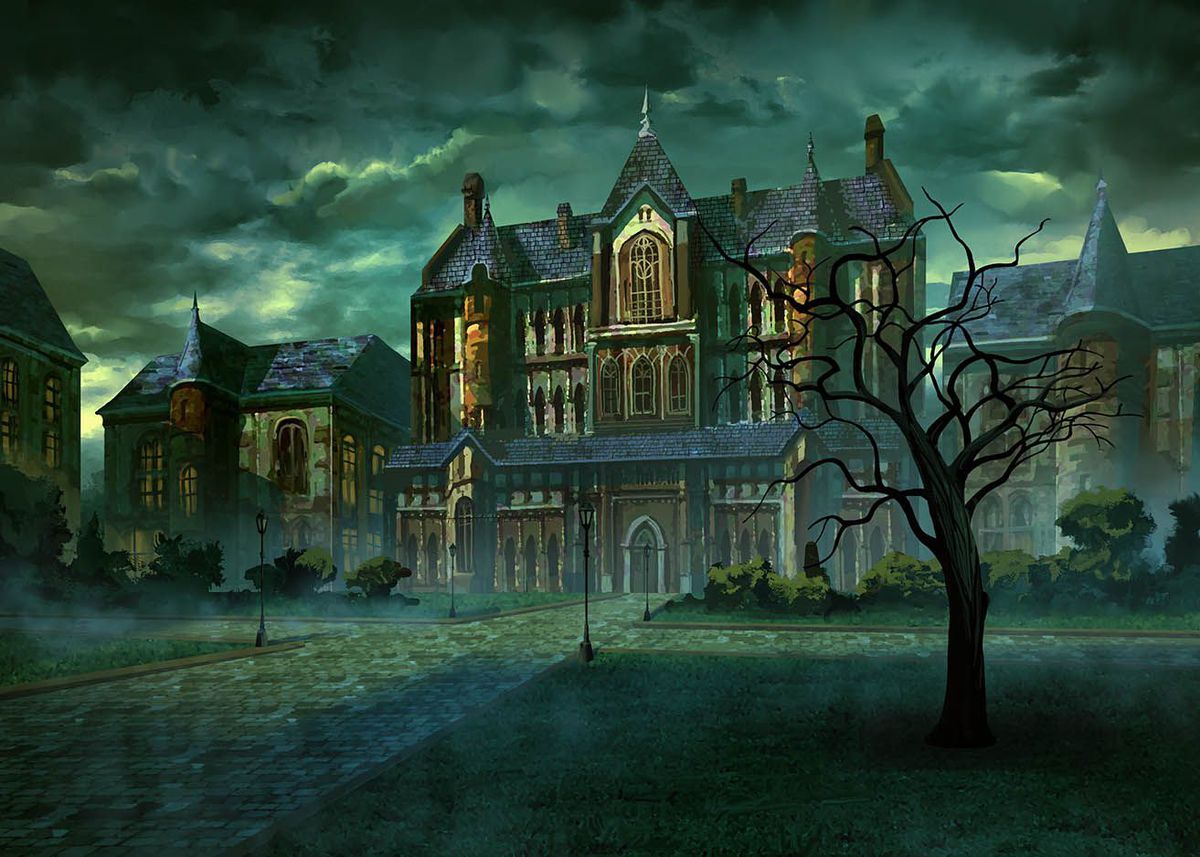 You are attempting to save the world from a great and powerful evil or will you lose your marbles along the way and become the Doom Bringer?

Tower of Madness is a competitive dice rolling, dexterity game with betrayer mechanics set in a Cthulhu theme. At the start of the game, players are each attempting to make the most Discoveries around the tower. They do this by rolling 5 dice as many times as they wish, however on each throw they must ‘lock’ one die. Players are attempting to lock a Gate, Heart and Mind over the course of the turn to complete the Discovery. 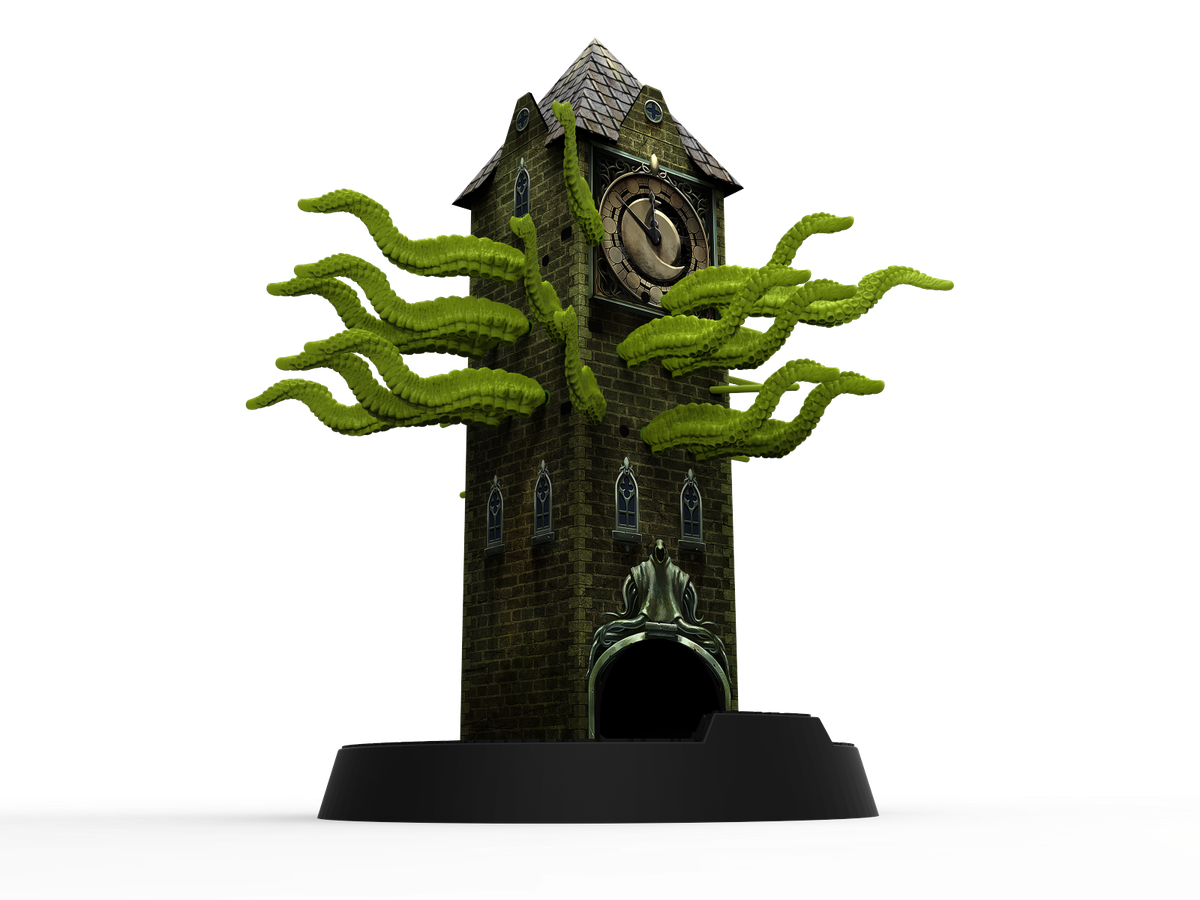 If the player should fail, they must pull a tentacle from the Tower. Within the tower are a number of differently colored marbles. Based on which colors of marbles fall, the player will become cursed with madness or granted a boon of power. Blue Discovery marbles are worth 3 victory points at the end of the game. White Spell marbles allow players to draw a spell card which can aid the player in their rolls. However, collecting 4 red Madness marbles drives the player Insane, turning them to the side of Cthulhu. The player is now attempting to bring upon the destruction of the world. They do this by finding the third green Doom marble within the Tower and becoming the Doom Bringer who releases Cthulhu upon the world and wins the game. The sane players can win before this happens if they complete the most Discoveries at every Location before Cthulhu is summoned. 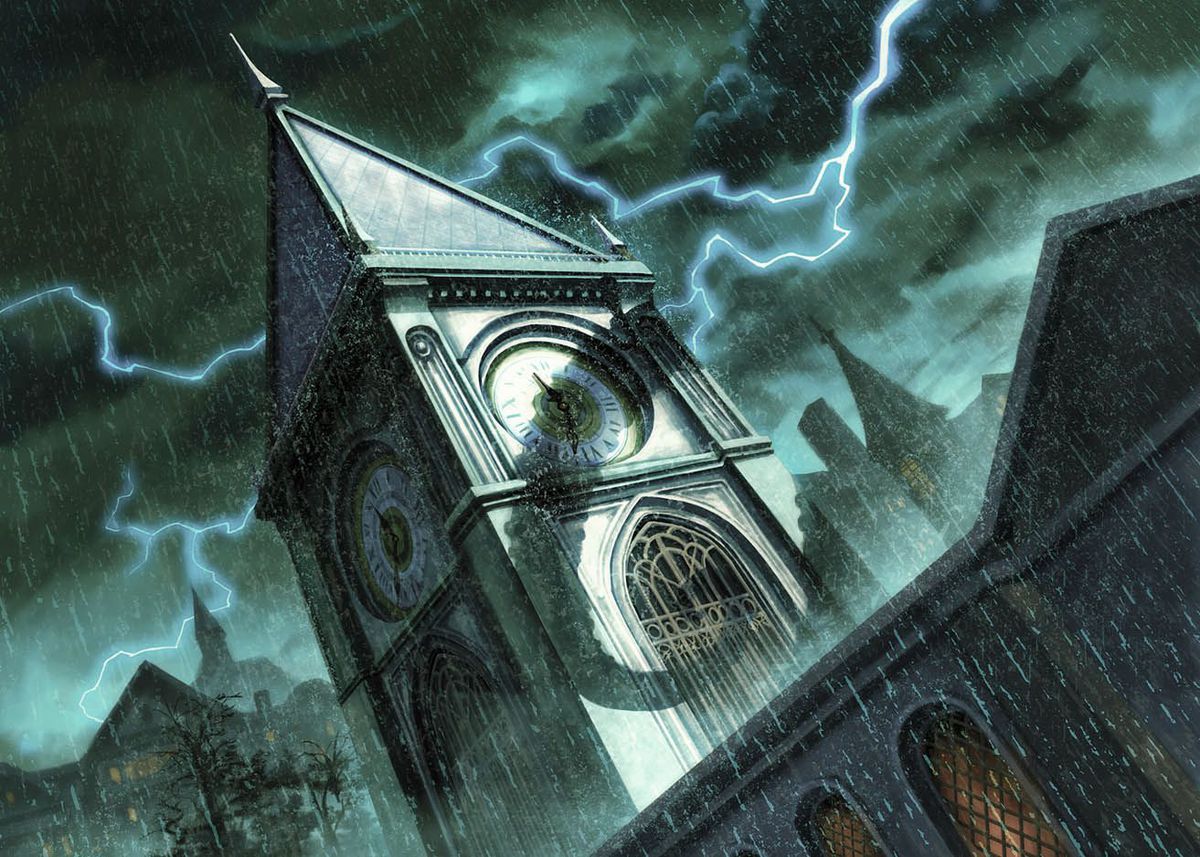 So, let’s address the Nyarlathotep in the room. This game uses a Kerplunk mechanic. That is inherently very silly. When I first happened upon this game, I immediately dismissed it as a Kerplunk re-theme. However, after reading into it, it actually seems very interesting. The idea of players switching sides mid game is always a bit dicey, but the gameplay is short enough that no one is going to be too upset about it.

On top of that, I really like the idea that failing a Discovery can actually end up helping you grow more powerful, but it’s risky. You can try to play the odds if you know most of the Green marbles are already found. That level of risk vs reward with this game is pretty clever, I think. Still, the game is very random. But Smirk and Dagger games makes fun party games that don’t lend well to high strategery. You might remember their sister company, Smirk and Laughter as the company that encouraged you to grab your nuts.

via Smirk and Dagger Games 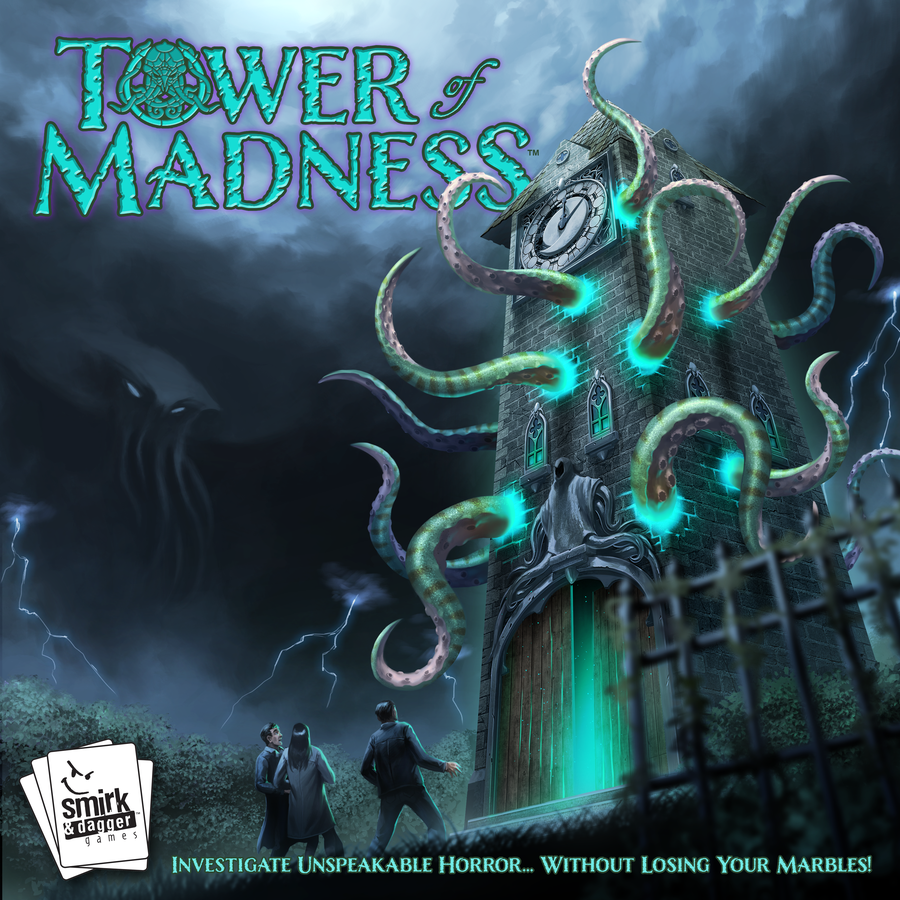 A three-dimensional clock tower, standing a foot tall and filled with marbles of four distinct colors, stands before you. Thirty other-worldly tentacles push through the tower walls in every direction, in this high-tension, push-your-luck dice game of Lovecraft inspired horror. Fail your investigation dice rolls and you will be forced to draw a tentacle from the tower. Any marbles that fall as a result affect your character immediately, adding to your Discovery total, gaining spells and knowledge man was not meant to have, gaining madness – or dropping one of three DOOM marbles that will summon Cthulhu and end the game.

Investigate every horrific Location in the deck, each with its own unique dice challenge, in order to save the world before your luck runs out. The player with the most Discovery points is declared the Hero and wins the game. Otherwise, the Insane players collectively enjoy a brief moment of victory as Cthulhu rises, destroys the world and eats them last… as their reward.

If you like chaotic dice rolling, Lovecraftian monsters and the satisfying sound of marbles falling, then check out Tower of Madness. 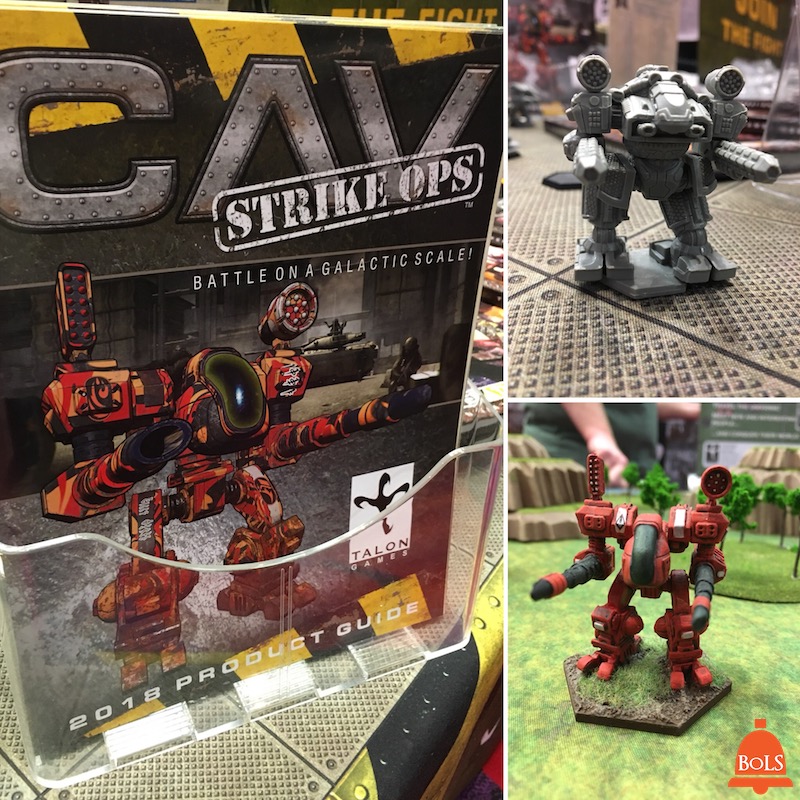