40K FAQ: Character Targeting – The Way It Should Be 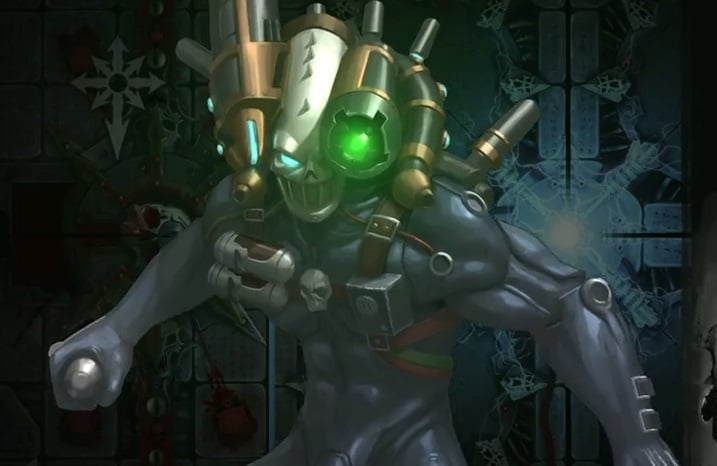 The 40K FAQ has updated the character targeting rule and they are perhaps the best change in the entire FAQ. Let’s take a look at what they are and why the work so much better! 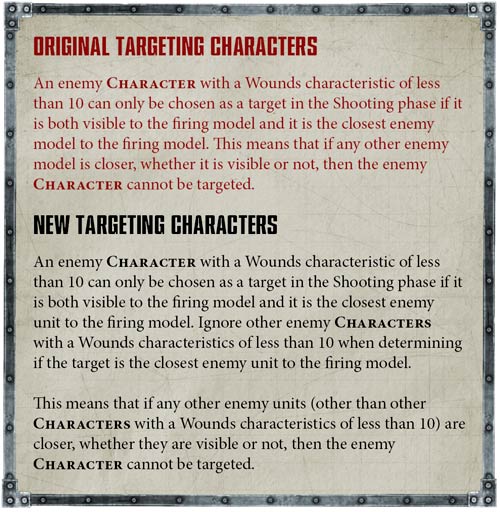 Folks have been playing with these ‘Beta’ Character Targeting rules for a while now. The results of the change were so positive that the beta rule made it’s way to the ‘official’ rule unchanged. That’s pretty rare in game design. So why was this change needed and why is the solution so much better?

What Was The Problem Again?

Assassins were the Prime Offenders. They were dirt cheap, combat effective, had unique abilities that messed with your odds to hit (looking at your Culexus), were spammable, and were Characters on top of all these things.

While each assassin is deadly in their own way, it was really a one-two punch of having the Culexus up front tanking and the Eversor getting in there to rip you to shreds. With basic positioning, the Eversor was untouchable thanks to the Culexus. It exposed a fundamental flaw in the character targeting restrictions and exploited it to great effect.

Now, that same list that won WGC last year won’t be legal thanks to the new (suggested) Rule of Three for Organized Play. If that becomes the norm for Tournament Play (which it probably will), you won’t see 6 Culexus Assassins running in front of an entire army any more.

At the same time, this rule does more that just stop this one particular army – it really patches a big hole for Characters. On the tabletop, you’re no longer able to manipulate your opponent’s targeting options by only shuffling your Characters around. It was incredibly frustrating to have watch an almost dead Character ‘fall back’ an inch behind another Character who was perfectly healthy. You, as the player, knew you wanted to take out the other target, but the game play mechanic was being manipulated to remove that option from you. That just wasn’t a fun experience.

Now, if an opponent wants to do the shuffle, they better mix in some other units as well. Hiding a Character among a unit of other dudes makes a lot more sense thematically than having your Lt. step in front of your Captain and suddenly the Captain isn’t a valid target.

This helps to increase the value of those ‘other’ units and takes some of the power away from Characters. It’s a great change and I’m personally really glad to see that it’s now the way it’s played officially. 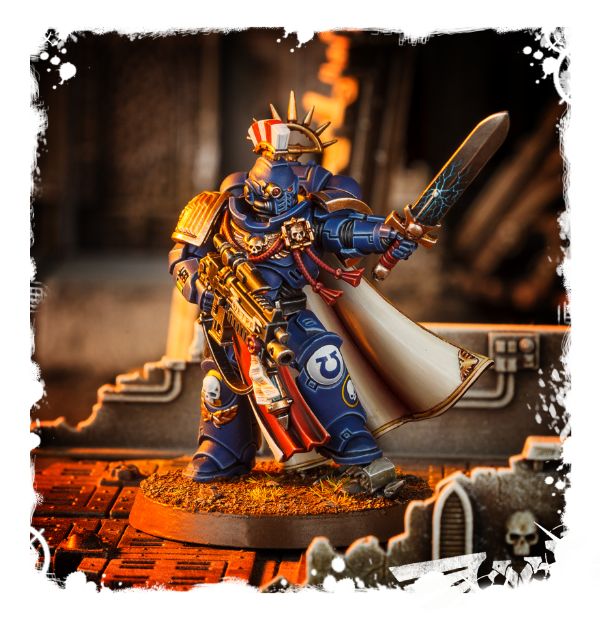 So what do you think of this change? Were you glad to see it made it all the way from Beta to Official? 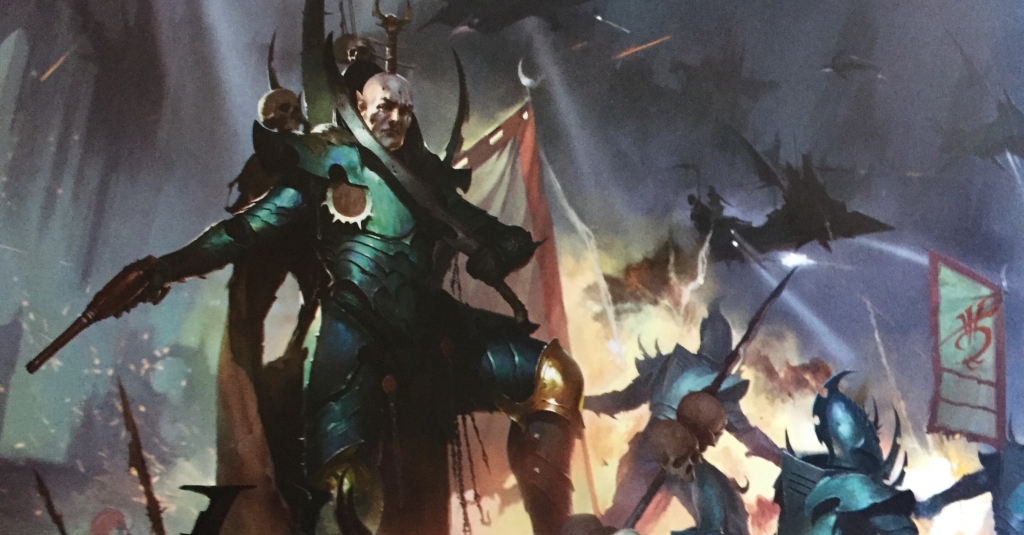