Mordenkainen’s Mayhem – Battle Of The Big Ones 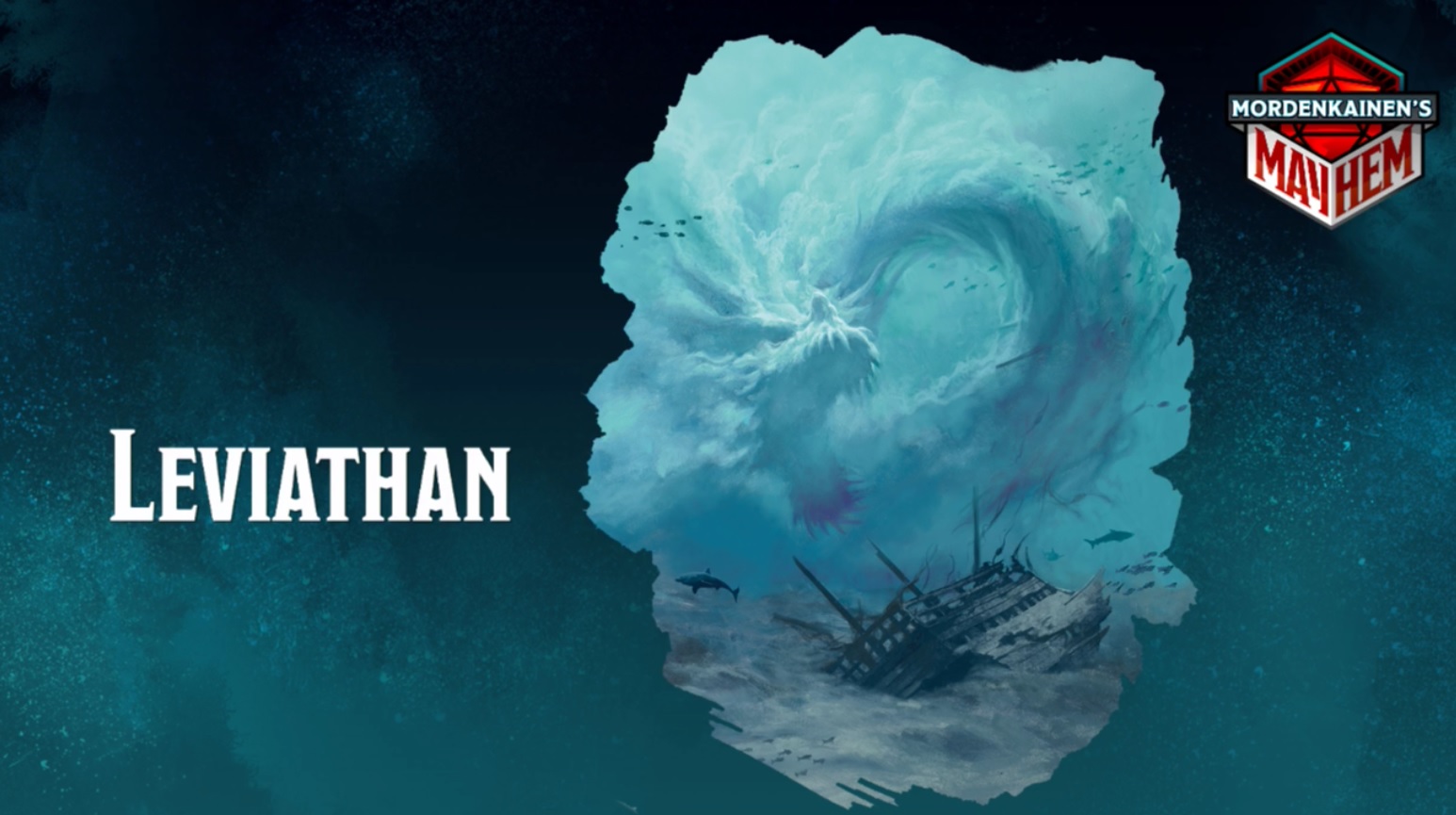 This week on Mordenkainen’s Mayhem, two of the largest and in chargest creatures in the book go toe to toe. In one corner, an all-singing, all-dancing, all-devouring beast of the multiverse, the Astral Dreadnaught vs. the unstoppable flow of the Leviathan. Take a look at these two monsters in action.

That’s right folks; it’s time to dust off the miniature cityscapes and get ready to watch two colossi tearing into each other. It’s a veritable Kaiju Big Battel this week, though there’s about a thousand percent less Dr. Cube, Dusto Bunny, or for that real 2% out there, Silver Potato.

Nevertheless, the battle between the Astral Dreadnought and the Leviathan does feature a fairly significant amount of grappling, throws, swallowing whole, and enough devastation to wreak havoc across a multiverse’s worth of environments. So, still worth checking out, especially for the preview of two gargantuan creatures who will make their 5h edition debuts in Mordenkainen’s Tome of Foes. Let’s check it out.

First up we have the living wave, the eternal tsunami, the Elder Elemental known as Leviathan.

Leviathan is a high CR elemental. A singular creature who is rocking the water dragon look up there–Leviathan is one of the big elementals featured in a tome of foes. These are all kinda centerpieces for your campaign. Encountering a creature like this can be a defining moment–I’d say about on par with something like an archdevil–these are some of the big time movers and shakers.

And the Leviathan is an incredibly fast mover, with a swim speed of 120, and the ability to shift into a watery form and occupy any space, no matter how small as long as it’s not watertight, Leviathan is hard to contain. It hits hard too, sporting some hefty melee multi-attacks attacks, as well as the ability to create a magical Tidal wave up to 250ft long, up to 250 ft high, and up to 50 feet thick, which deals bludgeoning damage and pushes foes every round they fail an astonishingly high save DC. 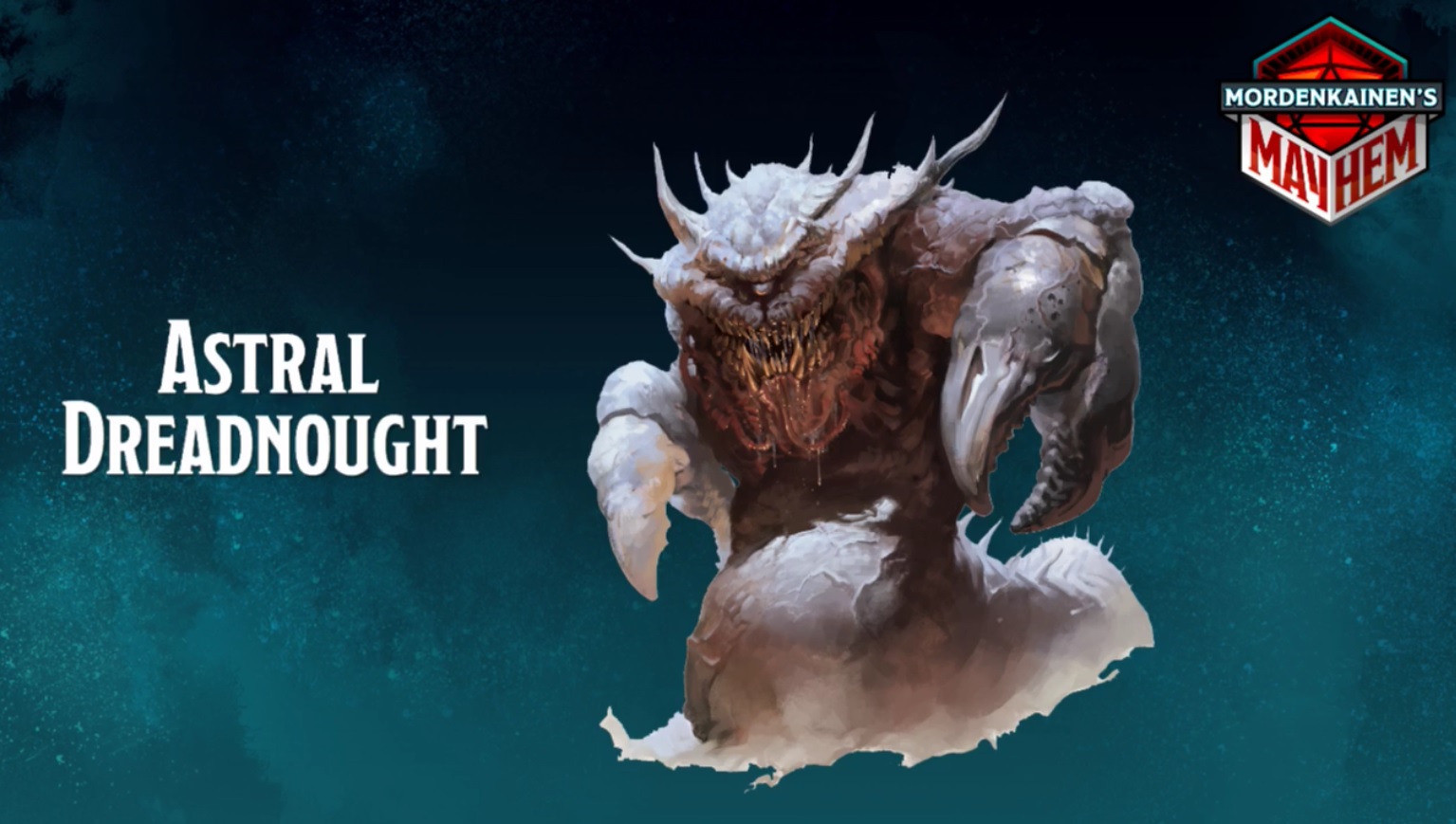 Then, of course, we have the Astral Dreadnought whom we’ve previewed before… but here’s a quick snapshot for those of you playing along at home: 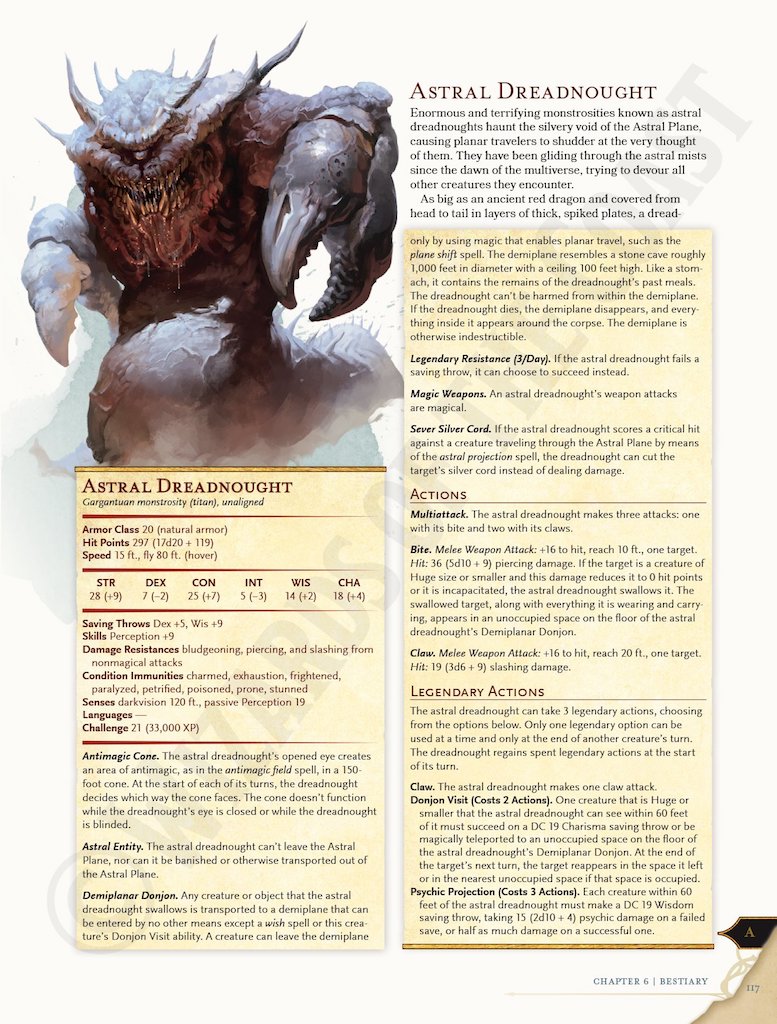 Be sure and tune in next week.

Author: J.R. Zambrano
Bell of Lost Souls Staff Writer and DM, J.R. covers RPGs of all stripes and on occasion eats sandwiches. You can ask him about either at [email protected]
Advertisement
Dungeons & Dragons RPGs Tabletop News Twitch Videos
Advertisement