Prepare yourself, not only are the Satyxis setting sail, they are joined by the bigger, beefier forces of the Cryx fleets this week. Get your Black Ogrun Belchers and Blighted Trollkin Marauders today.

April is shaping up to be one of the most piratical months for Privateer Press (and that’s saying something). Whether you are looking for Satyxis Solos or Black Ogrun Blasters, you’ll find some cool additions to your Cryx themed forces this week. So check them out! 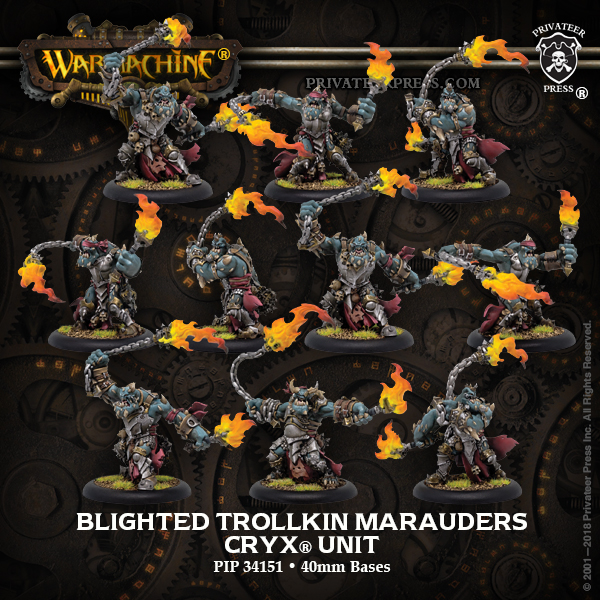 Caring little for their own safety, blighted trollkin marauders swing braziers on long chains that blaze with fire fed by rendered body fat and whale oil. Marauders delight in setting fire to homes in the coastal communities they raid, waiting for the fleeing victims within to rush headlong into their waiting arms. They particularly enjoy the first bite of living flesh that has been blackened and blistered by their torches, and they find the smell of burning meat exquisite. 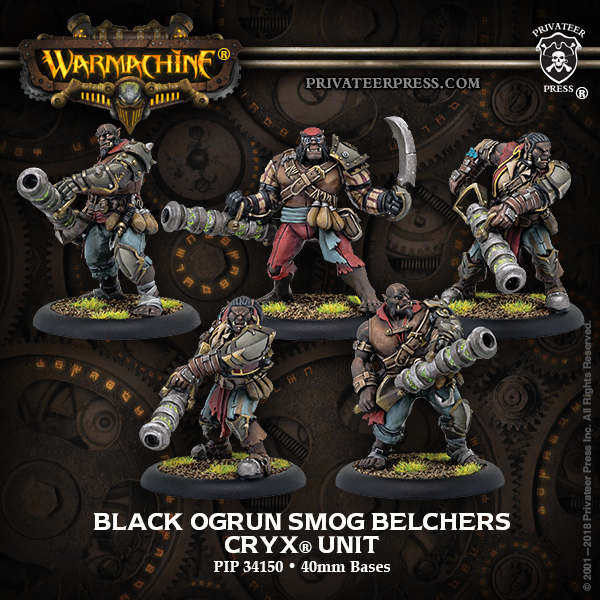 Smog belchers are black ogrun who wield heavy culverin-style cannons. Smog belcher weapons are crafted by skilled ironmongers, black ogrun metalsmiths who fuse their craft with rituals of bloodletting and dark magic. From the deck of a Cryxian vessel, smog belchers lay down a barrage of fire, filling the air with a lingering cloud of corrupting ash that rots flesh and blisters the lungs of anyone who breathes it. 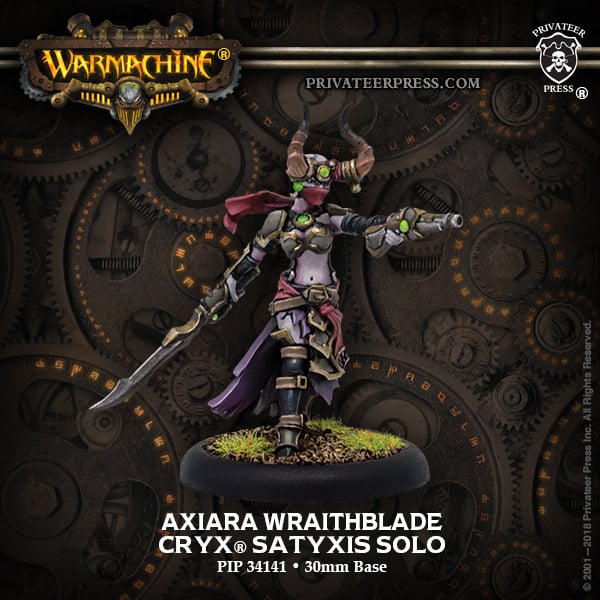 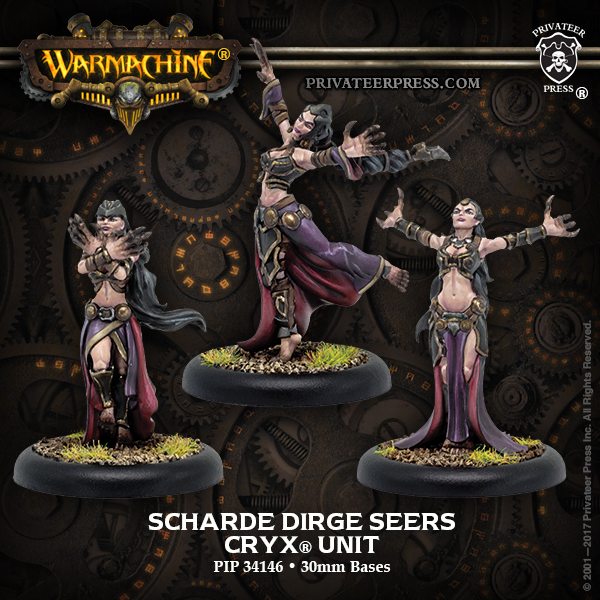 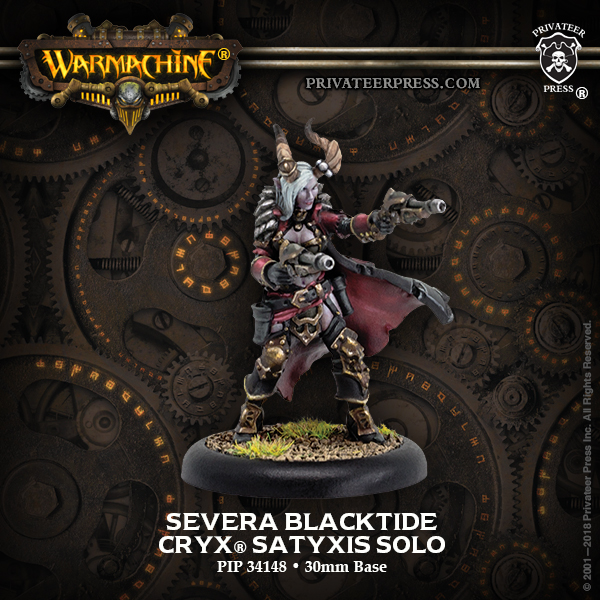