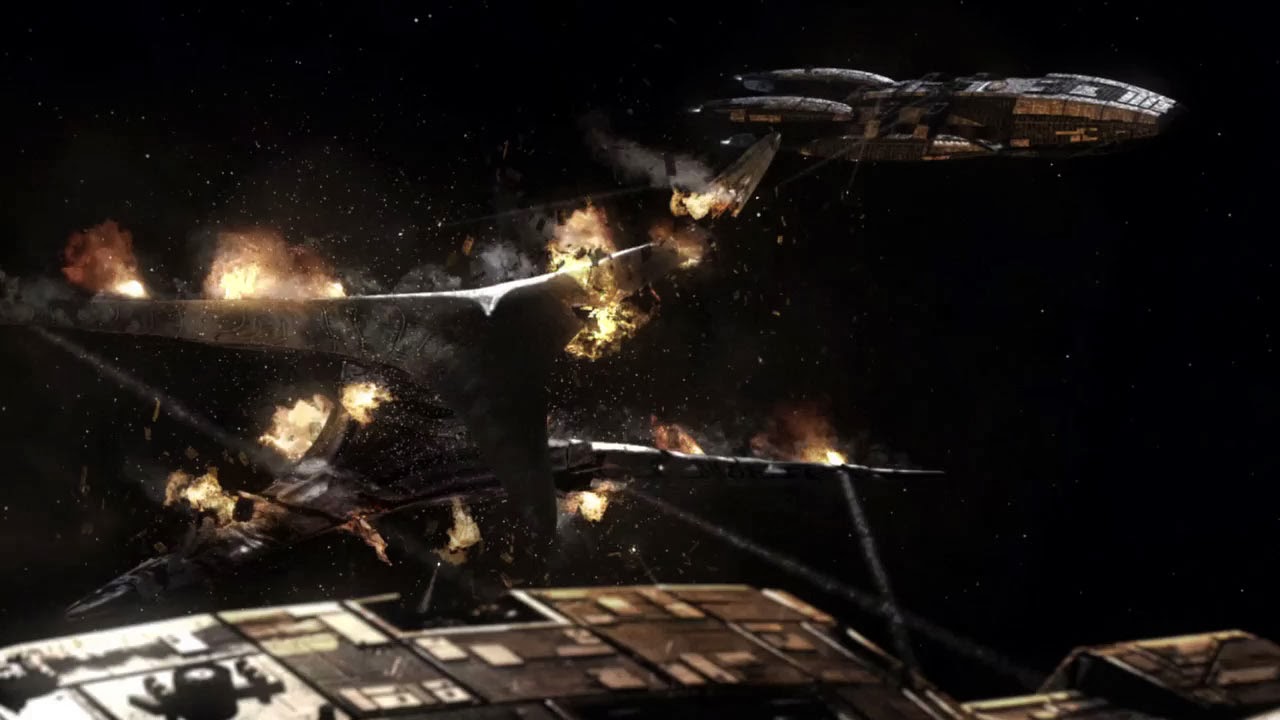 The news is going out all along the watchtower, there’s a new Battlestar Galactica Game coming out later this year at GenCon. We’ve got a look at the new game, along with an interview with the designers.

That’s right folks! This is pretty exciting. The “Of Glory” designers (so Wings of Glory and Sails of Glory) are teaming up to bring you Battlestar Galactica: Starship Battles, a space combat tabletop game. Which, there has got to be a less clunky way of saying that it’s a game where you can fight Vipers vs. Cylon raiders (and other stuff, presumably) and that it’s miniatures based. If only there were some easy phrase to describe this kind of dogfighty skirmishy kind of game. Ah well. 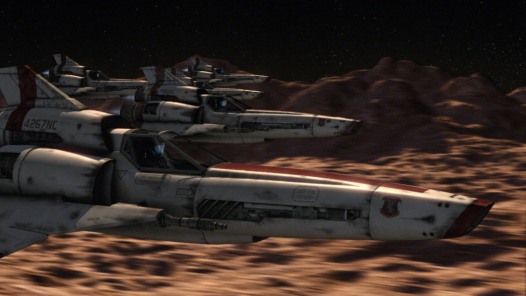 Battlestar Galactia: Starship Battles will feature ships inspired by both of the BSG series–you’ll find classic miniatures, as well as ones taken from the Ronald D. Moore reboot. Which is good, because if they didn’t have that, the old man wouldn’t be happy. So get ready to shout frak (as if you ever stopped) and be attacked every 33 minutes.

Created by the same designers of the popular “Wings of Glory” and “Sails of Glory” game systems (Andrea Angiolino and Andrea Mainini), the Battlestar Galactica – Starship Battles game will be first presented to the public at Gen Con 2018 (August 2-5, Indianapolis). Release date has not been announced yet. 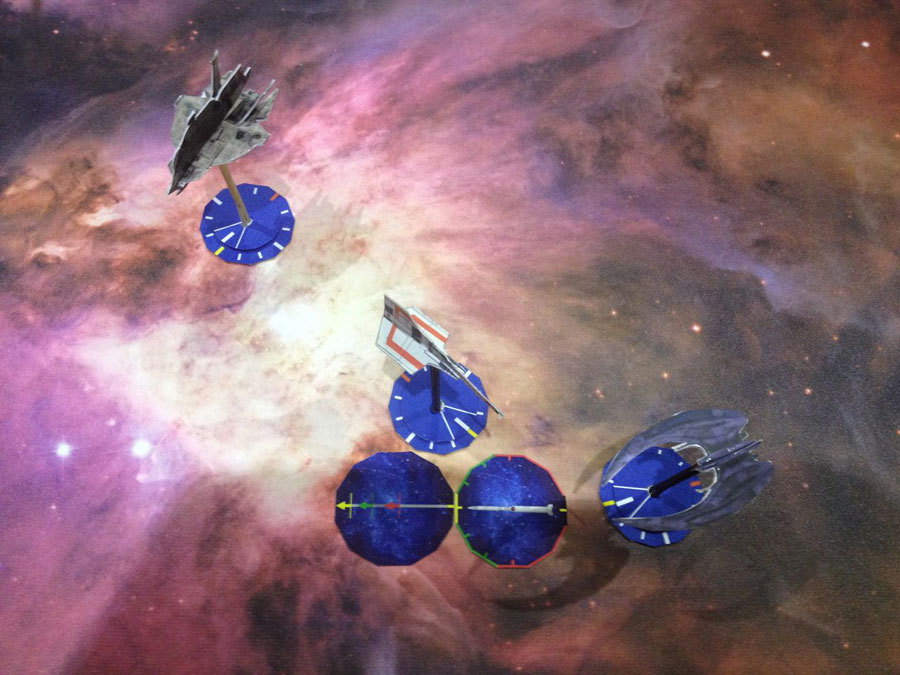 Battlestar Galactica – Starship Battles will feature ready to play, painted and assembled miniatures, with a special base to support its unique game mechanics. Players will take control of one or more Colonial and Cylon ships, and face each other in furious dogfights and many other different kinds of missions.

The game will feature innovative mechanics allowing players to simulate space combat using simple and intuitive rules to imitate the unique dynamics of the battles in the TV show. 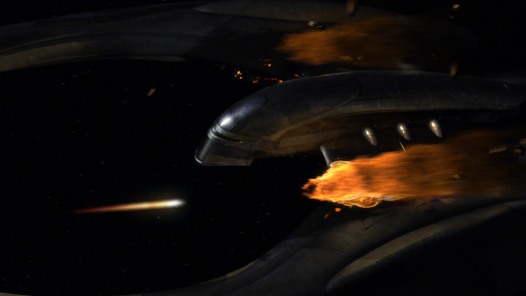 In an interview, both Angiolino and Mainini talked about how excited they are to take on the challenge of bringing the series to the tabletop. They want to use this as an opportunity to really innovate and come up with an exciting design, rather than just using the “of Glory” mechanics reskinned.

It would be very uninteresting both for us designers and the players to have the same game but with different vehicles and different settings. As we already did with Sails of Glory, in which we tried to inject as many original mechanics as possible with respects to Wings of Glory (their only common ground, to an extreme, was the use of manoeuvre cards and damage counters), we tried to catch the peculiarities and specificities that the TV series offered and turn them into mechanics for BSG-SB to have a game that is both innovative and different from the “of Glory” series: what the starships can do is… well, cool!

There’s a lot to be excited for, including capital ships, extra rules for creating campaigns, special characters–you can read the whole interview here. So get ready for BSG: SB, at your FLGS, PDQ, TTYL.

One good thing about a Battlestar Galactica tabletop game is that it’s all analogue. Can’t be hacked.

Author: J.R. Zambrano
Bell of Lost Souls Staff Writer and DM, J.R. covers RPGs of all stripes and on occasion eats sandwiches. You can ask him about either at [email protected]
Advertisement
Battlestar Galactica Miniatures Tabletop News
Advertisement