Newly arriving at the Broken Coast is the Satyxis Blood Priestess Cryx warcaster attachment! Let’s review her abilities and figure out what casters might be interested in taking her.

Let’s break down her rules/abilities into two categories, Relevant and Not so Relevant… 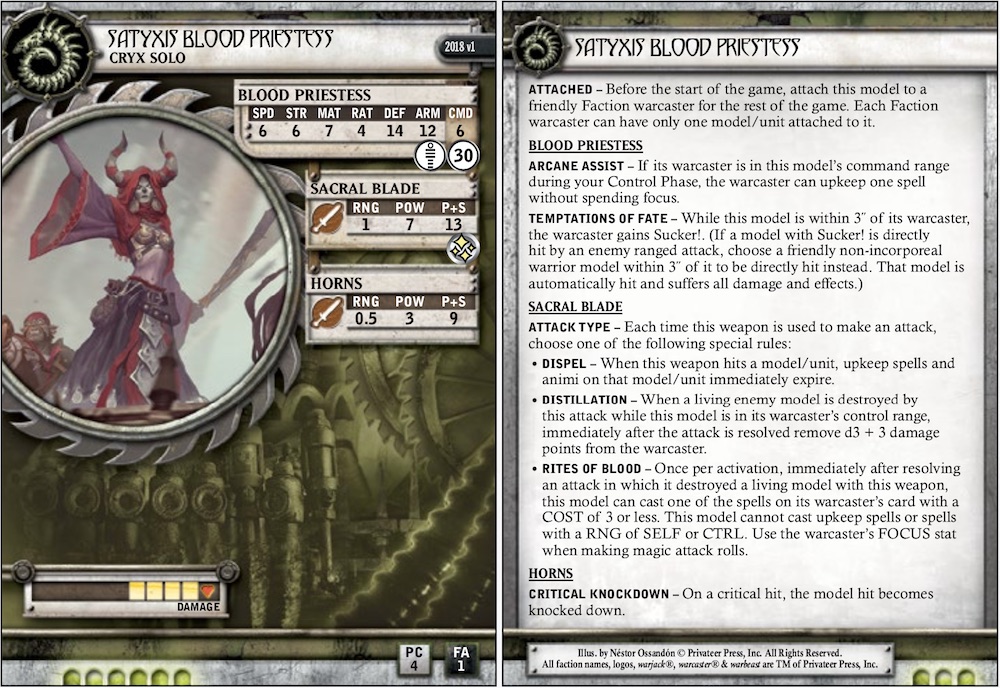 Stealth is always nice to have. Especially for a valuable support piece sure to draw some attention.

Arcane Assist is a great ability that just about every warcaster in Cryx can appreciate.

Temptations of Fate gives your warcaster ‘Sucker!’, which forces warrior models around your caster to take the hit from ranged attacks. For casters who like to hang out mid or front line, this ability is too good to pass up. If you can bring tough no knockdown troops, such as Bloodgorgers with Jussika, it basically completely takes away the threat of ranged assassinations. 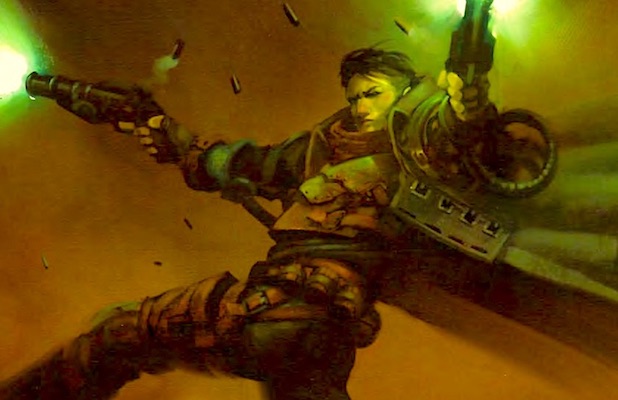 Even Caine will need to think twice about going for that assassination.

Rites of Blood allows the Blood Priestess to kill a living model and then cast a spell from their warcasters card. Assuming you have a list with some disposable living models laying around, the list of Cryx casters who like this ability is pretty long. Venethrax and Deneghra3 wouldn’t mind an extra mortality per turn. Any caster with Ghost Walk, Hex Blast or even Hellfire can make good use of this ability. 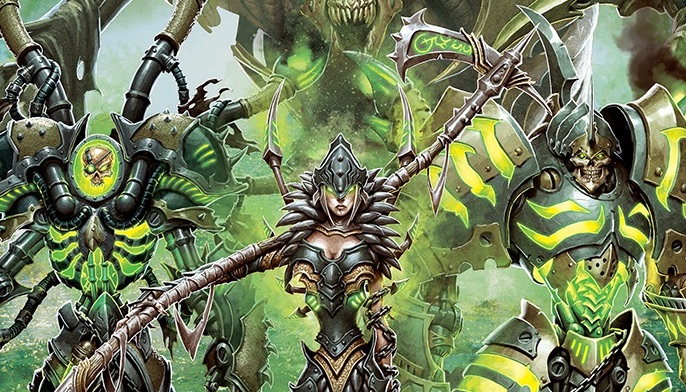 “Is this the line to get a Blood Priestess?”

At first glance Dispel on the Blood Priestess weapons doesn’t seem like much. But keep in mind you can hit your own stuff to remove enemy upkeeps. Did someone Rebuke your unit? No problem! Another great tool to have in your list.

This really only leaves one ability to discuss, Distillation. If the Blood Priestess kills a living enemy model your caster can heal d3 + 3 damage. Cute, but definitely not why you are taking her.

Well, with the list of Relevant abilities list being substantially larger I think it’s safe to say this is a good warlock attachment that will see play.

But is it enough to unseat the other already great warlock attachments Cryx has access to?