There has been an uptick of Orks rumors for 8th edition of late.  Here’s the latest on what the Greenskins are up to in the month ahead.

Previously Industry rumormongers say to look for the following:

The latest round of rumors center on a specific new plastic kit:

First off, 8th Edition launched in early June 2017, so we are talking about next month.

Note how that new rumor ties into the following pieces of the puzzle that have been floating around:

Hmm, maybe a conversion, or maybe exactly the kit described above…

Next up is the realization that the Orks really only need 2 kits redone in plastic: 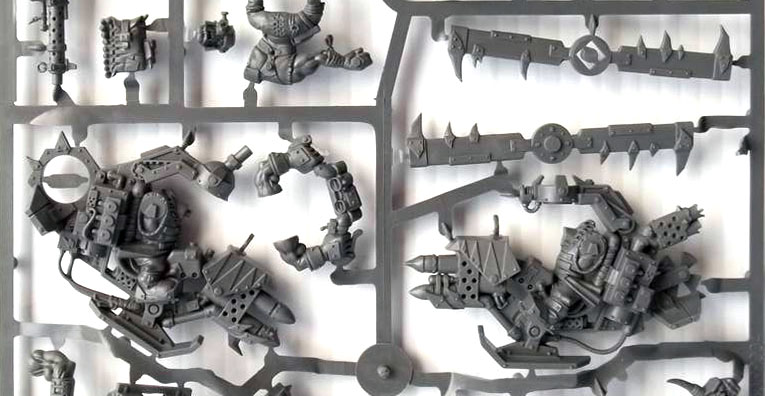 Heck I say that GW shold just take the plastic 5-part Black Reach ones and stick them on a single sprue, and sell them as “Easy to Build” kits. DONE! There is something in that blurry pic behind the walker that looks an awful lot like the Black Reach kopta blades.  Hmm…

~ Have at it, and as always…  WAAAAAAGH!