Up for pre-order this week from Forge World, the Knight-Commander of the Silent Sisterhood, Jenetia Krole, Soulless Queen of the Imperium.

The forces of the Horus Heresy are mustering for their final battle, leading up to the Siege of Terra. And at the head of the Silent Sisterhood, a legendary Knight-Commander, Jenetia Krole.

Jenetia Krole was the commander of the Silent Sisterhood, charged by the Emperor of Mankind with overseeing the ‘Great Tithe’ of psykers as the Great Crusade advanced. At some point in the Crusade, she was attached to an expeditionary force engaged in the war for the Mournful Gate against Eldar slavers. When the commanders were assassinated, she assumed command by executing the remaining general staff and subordinate officers. Under her leadership, the militia won a victory that earned her the right to wear the Laurels Invictarus (laurels of victory) of a lauded general. 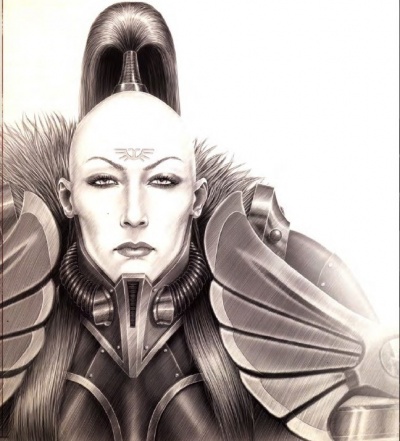 When the Emperor decreed that Magnus the Red was to be censured, Krole commanded the forces of the Silent Sisterhood that accompanied the Censure Host to Prospero. She personally divided her forces into protectorate detachments for the rest of the host to provide them with protection against psychic attack from the Thousand Sons. During the Battle of Prospero, she sought out and killed many of the Thousand Sons’ greatest sorcerers in single combat, as well as confronting the daemon that had been manipulating Kasper Hawser. 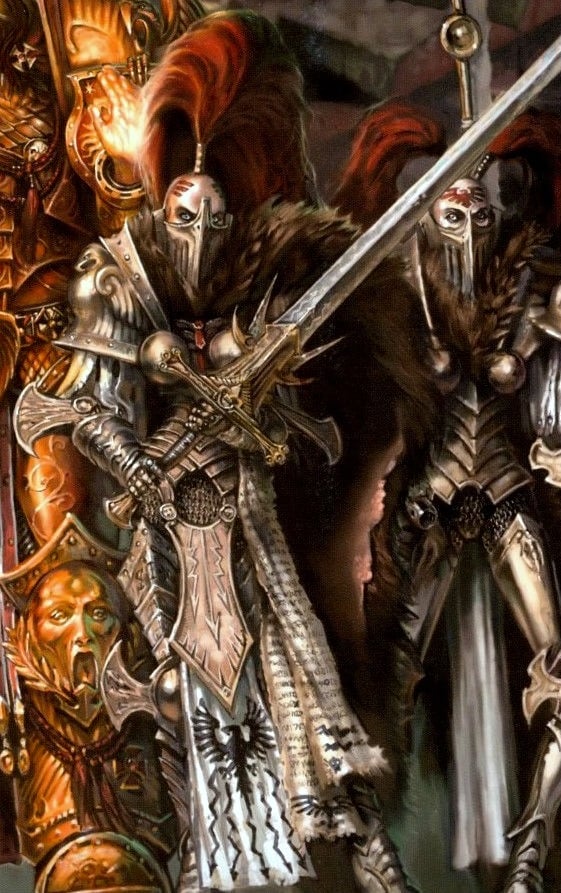 Krole returned to Terra to lead the forces of the Silent Sisterhood in the War Within the Webway. She took joint command of Imperial forces in Calastar alongside with Tribunes Jasaric, Kadai Vilaccan, and Ra Endymion of the Legio Custodes. By the later stages of the war, her mouth was permanently concealed behind a mouthpiece surgically bonded to her jaw and cheekbones. She survived the retreat from Calastar to return to the Imperial Palace, losing three fingers on her left hand in the battle. 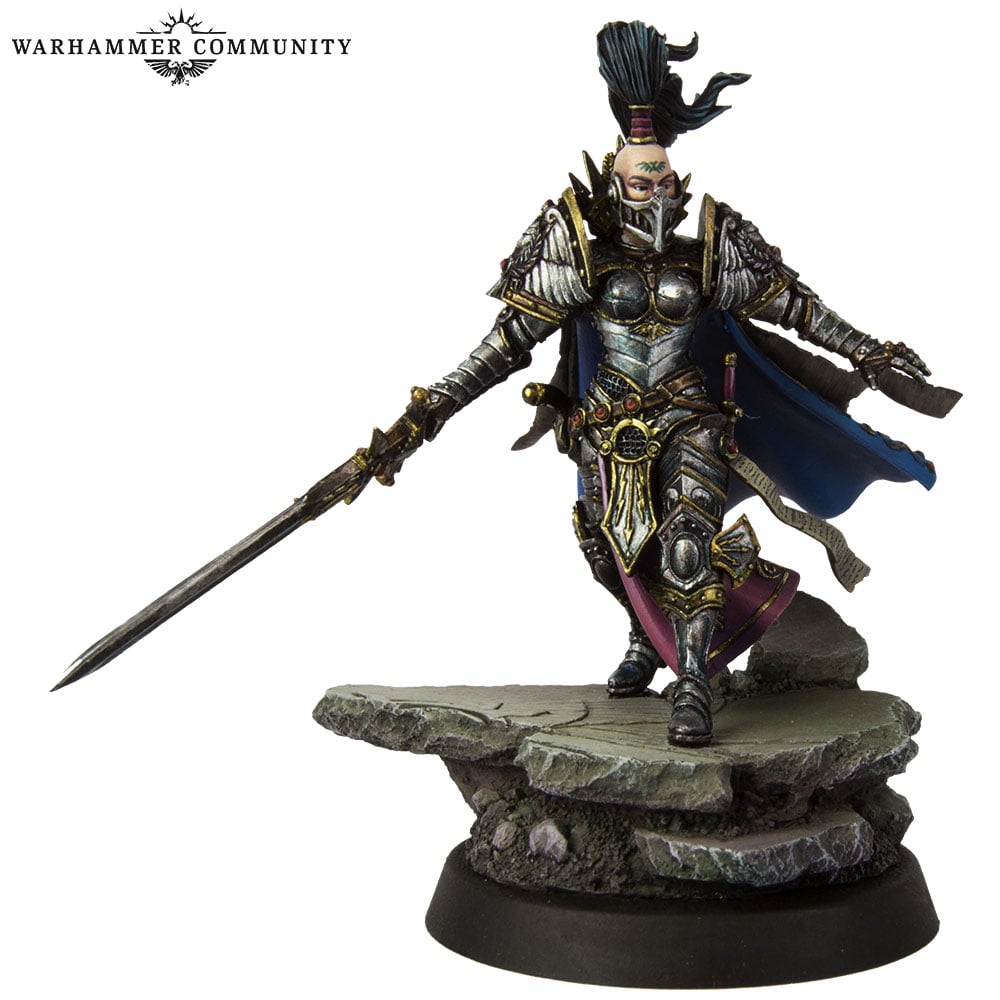 Assassin, general, avenger and soul-chilling terror, Jenetia Krole was a creature of dark legend long before she was committed as part of the honour guard tasked with the retrieval of the Primarch Magnus. Upon the battlefield of Tizca, Krole was personally responsible for the division of her ranks into protectorate detachments for the remainder of the Censure Host, a matter which allowed them to ensure the near-destruction of the Thousand Sons Legion at the sacrifice of thousands of her troops, while she herself sought out and slew many of the Thousand Sons’ most vaunted sorcerers in hand-to-hand combat. By the time of the battle’s ending, she appeared a spectral figure of some ancient myth, bedecked in the white dust of shattered marble and the spilled blood of multitudes. 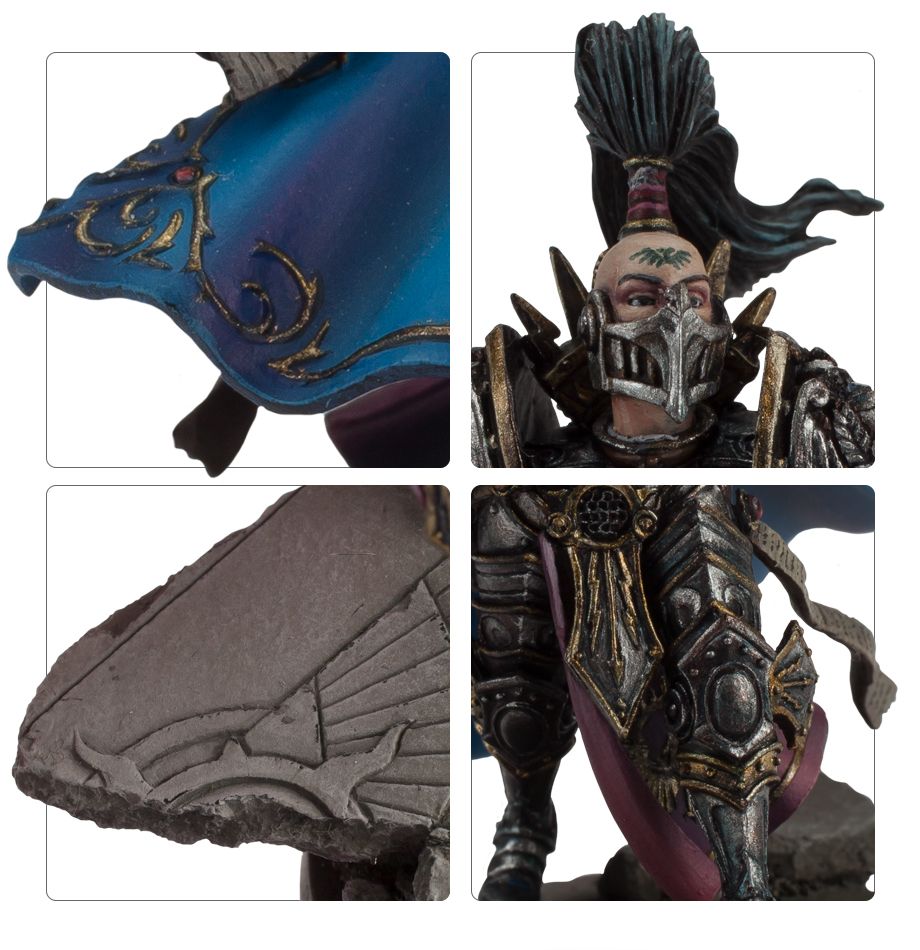 This multipart resin kit contains the components necessary to assemble Jenetia Krole, Knight-Commander of the Silent Sisterhood, who can be added to Talons of the Emperor armies. Wearing ornate artificer armour covered in Imperial iconography, with an enhanced voidsheen cloak, she carries the Sword of Oblivion in her right hand – this is a hefty blade indeed, the length of Jenetia’s arm and half again. Stowed on her hip is an archaeotech pistol, whose holster is attached via a jewelled leather belt. The voidsheen cloak that billows out behind her has 2 attached purity seals, and Jenetia features a choice of 2 heads – 1 features a protective metal mask which shields the lower half of her face, the other head is bare; both heads are supplied with their own distinct hair options. The model is supplied with a 32mm round scenic base, featuring a large, rocky outcrop. 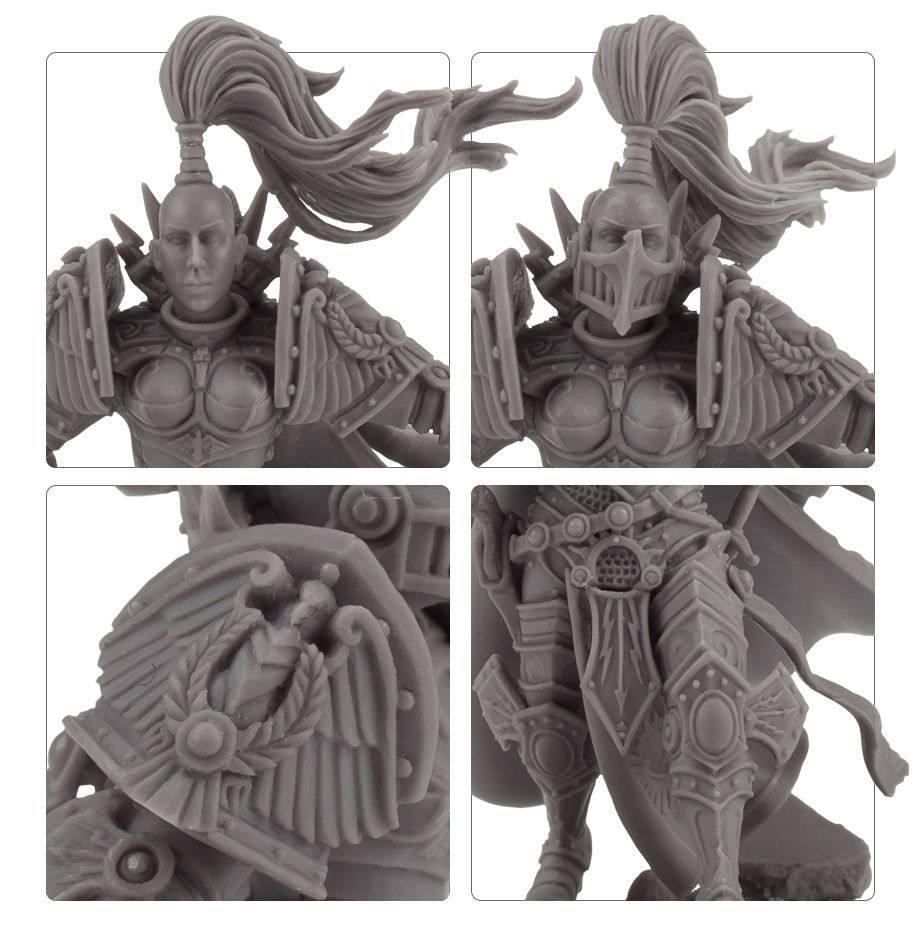 Rules for Jenetia Krole, Knight-Commander of the Silent Sisterhood are available in The Horus Heresy Book Seven: Inferno.